Volume One: On and Off the Rails 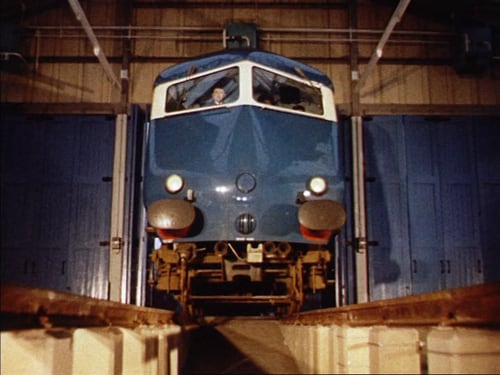 The first film in the DVD series is an advertising film that boasts the greatness of the new train type, The Blue Pullman (not related to actor Bill Pullman). It mainly shows engineers walking around the train and admiring the awesome new properties. The whole thing feels absurdly fake and it is quite funny because of that. 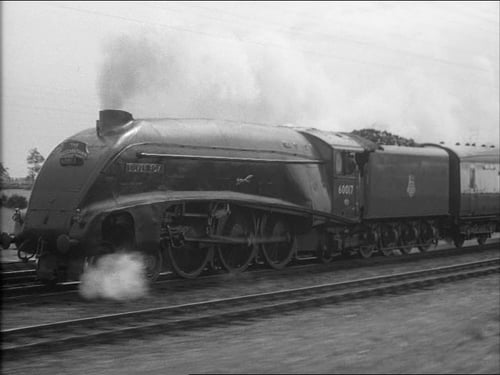 Quite a nice look at the steam locomotive of the era. A horrible narrator quoting awful poems almost ruins it nevertheless. 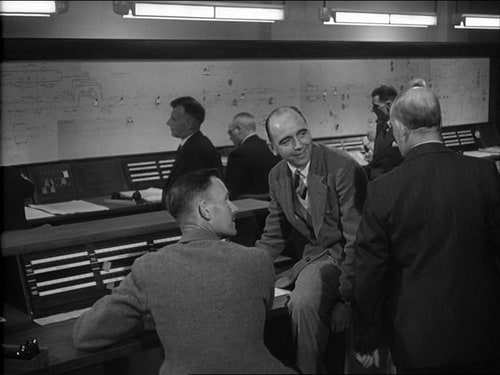 With its almost 30-minute length, Train Time is just rather dull and boring. It mainly shows images of the personnel working at the stations and tells how much fun it is to travel by train. 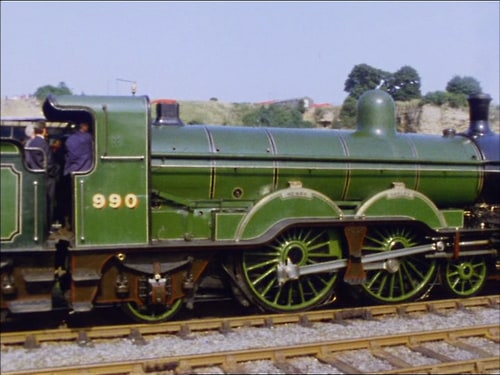 A film celebrating 150 years of locomotion and showing some of the steam locomotives of the past. 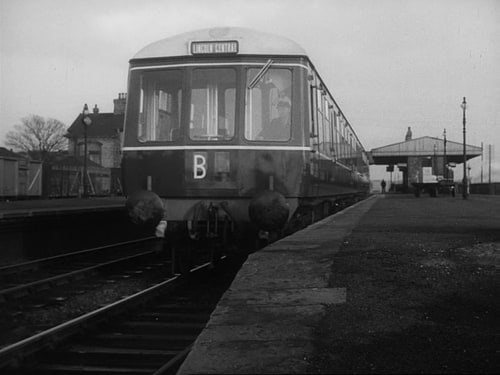 An educational film about how the then-new diesel trains work and what it takes to become the driver of one of these magnificent new beasts. 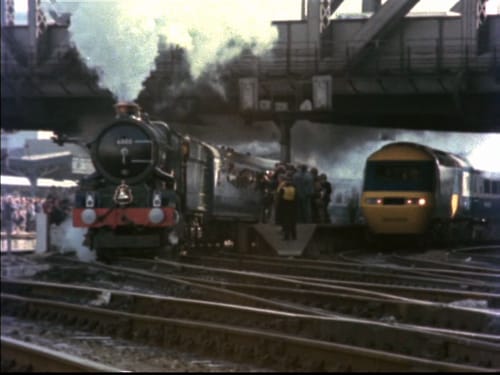 A propaganda report on how the British Rail will tackle the new decade, readier than ever before. 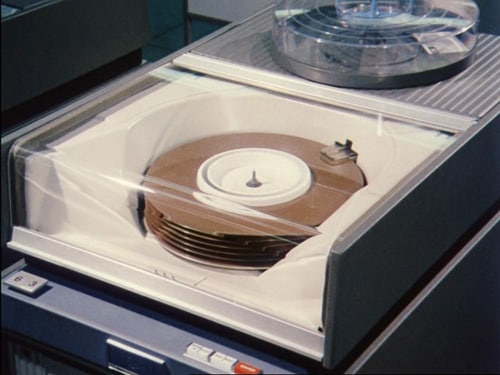 Cybernetica focuses on telling how awesome the computers and automated systems are. When watched 40 years after its release, the film has kind of a cheesy 70s sci-fi film likeness to it. That's why it is quite a nice one. It also tells us how by traveling by train you don't poison the air which you do when traveling by other means. Don't be a murderer, use the British Rail 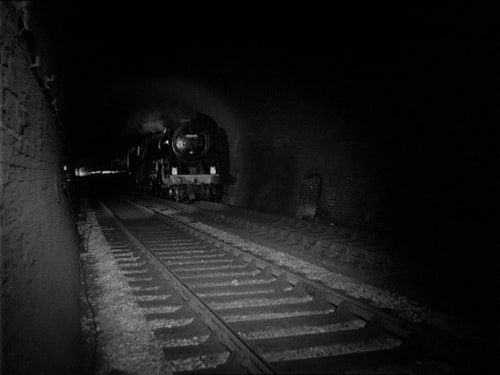 A documentary that tells us how frickin' awesome underwater tunnels are, because trains can go into tunnels. Choo choo, motherfuckers. 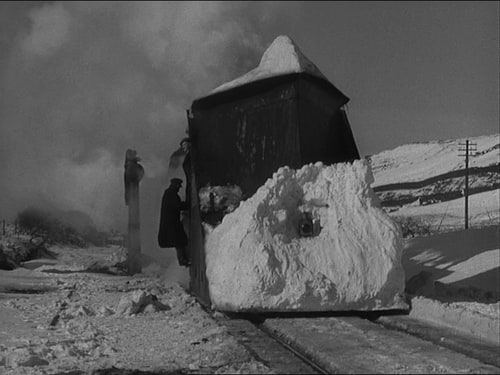 This one shows us how they plowed snow in the 1950s. I honestly don't know why I liked this, because it is just 10 minutes of clearing the train tracks and the trains themselves. 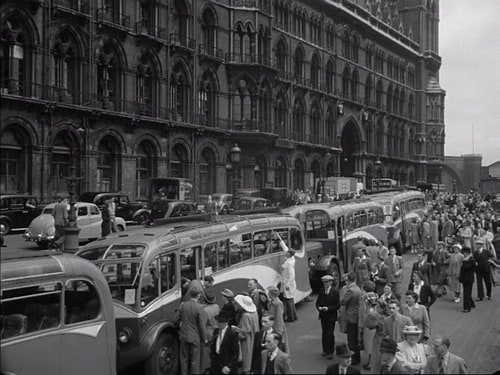 This Year - London tries to have a plot with the narrator telling about his journey to London and giving the other passengers individual personalities. The plot isn't anything spectacular, but the style of the film is a nice change for a while. However, the film is a bit too long. 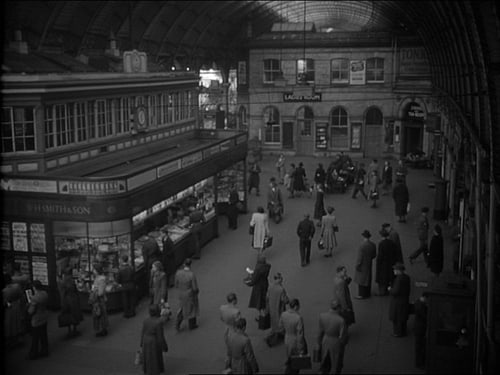 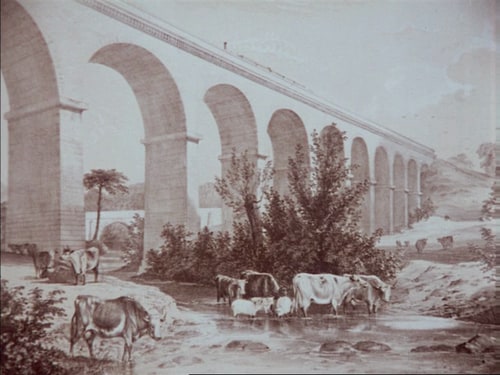 A short history film that tells us how the railroads came to be and how the technology has advanced ever since. Like the other R.K. Neilson-Baxter film, Under the River, this one uses a lot of drawings and paintings as examples of the times when there were no movie cameras. 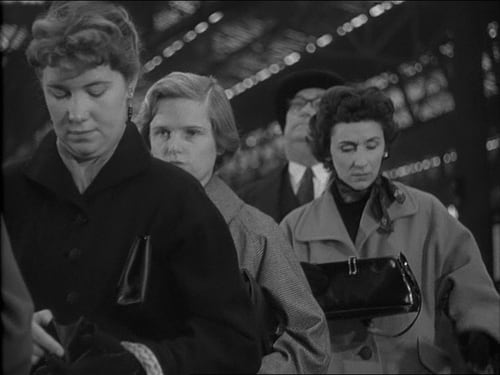 Did you know that even women can travel by train? Oh, you did? I guess there is no real reason for you to watch A Day of One's Own then. Unless you want to be 100% sure, of course. 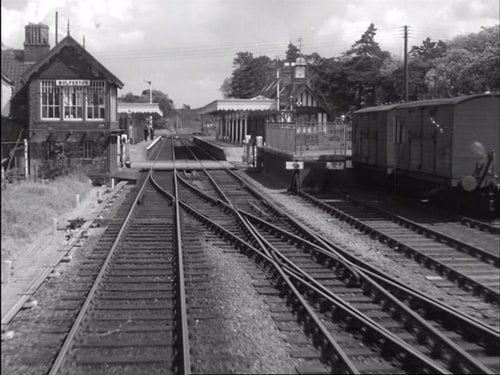 An English poet, writer and broadcaster, John Betjeman, goes on a short train trip from King's Lynn to Hunstanton. On the way, he stops at Wolferton and Snettisham. Basically the film is a 10-minute-long guided country tour by train with the bloke. It is a pleasant way to finish the first volume of the series. 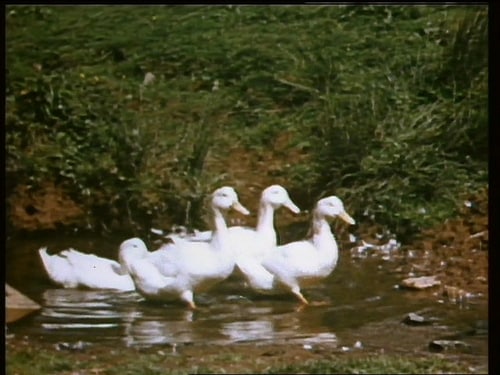 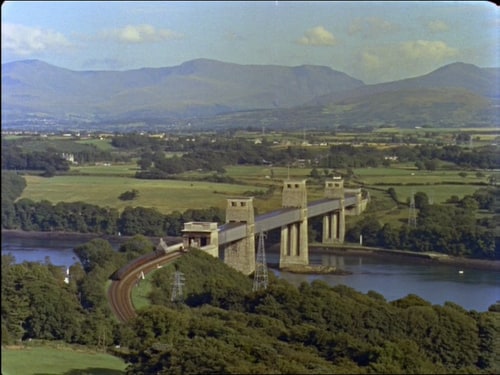 A man is dreaming of returning home to Wales and driving a specific type of train. Now he is reminiscing the beautiful things that are there and sending letters to the people he loves. The whole thing is shot quite beautifully and its over-the-top style in portraying idyllic landscapes works surprisingly well. No Welsh ducks here. 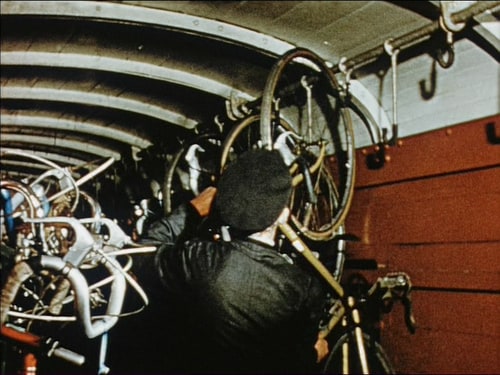 I would really like to travel long ways with my bicycle without having to actually ride it. Does anyone know how to do this? No worries, my dear, the British Railways knows how to solve the problem. 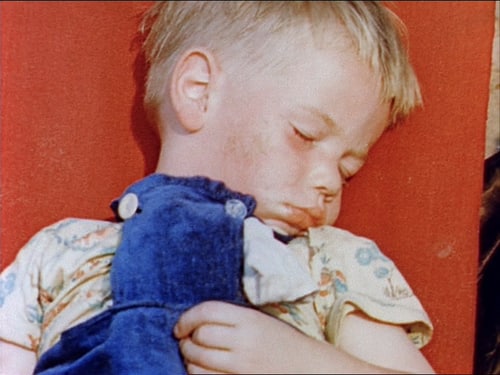 Holiday is a pretty dull short film. It doesn't do anything else than say that you can have fun if you are on a holiday and travel somewhere nice. The places shown in the film don't even seem to be that nice. 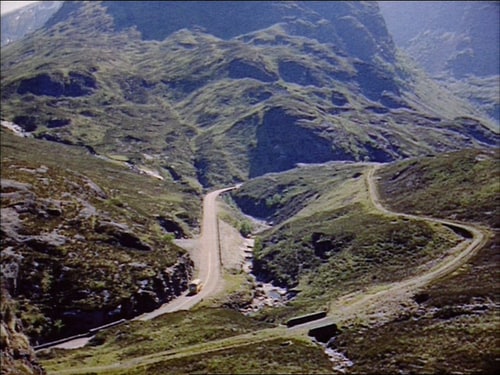 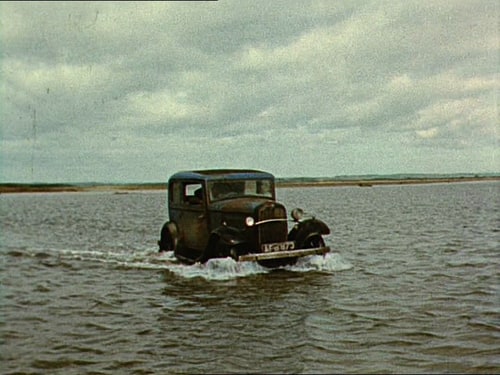 Again, a traveling ad promoting the nice landscape of the northern Britain. It looks ok, but I'm rather puzzled, because the theme is See Britain by Train and the first DVD of the volume had only one film that actually had anything to do with trains. Okay, these are places you can get to by train, but still it feels too far fetched. The car scene shown in the picture is somewhat of a mystery to me. 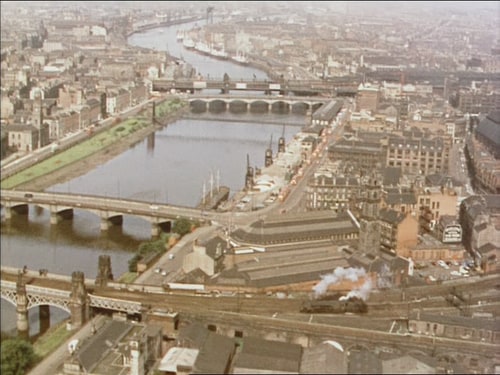 Even more Scotland ads. The most interesting parts of the film are the short clips from the Old Firm, a football match between Celtic and Rangers. 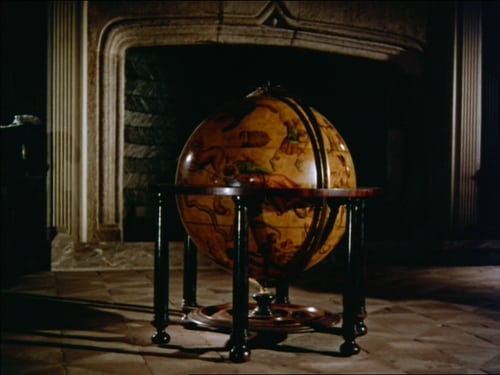 Now it is time to talk about the good ol' England and worship the queen. The narrator quotes and praises Shakespeare from time to time. The 25-minute-length feels awfully long. I have no idea, why this is in the collection. The film has nothing to do with trains, traveling or transport. 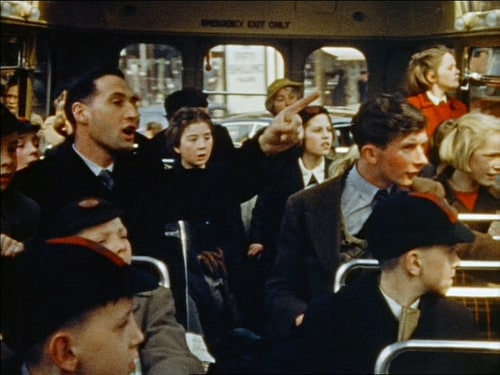 A bunch of kids go on a field trip to London and have the best time of their lives. The images of London are nice, but the narration by the children is horrible. As it is from the same director as the Welsh Ducktales, Capital Visit also has images of ducks. This time they are English ducks. Fuck you, Syd Sharples - and your ducks. 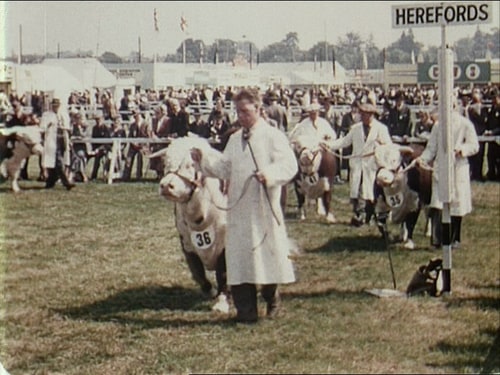 Now it is time to advertise the farm lands and small towns at the middle of England. 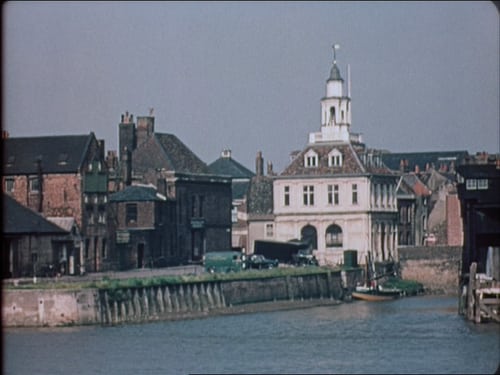 East Anglian Holiday is yet another countryside ad from England. Booriing.

Load more items (44 more in this list)
This is a list of the films by British Transport Films that have been released by the BFI. I'll update the list from time to time, when I watch more films from the DVDs. I'll try to write a short text about every film after I watch them, but because the films are mainly about trains, the texts may seem like they are the same with every film. If a film doesn't have any text about it, then I haven't watched it yet.

I personally know nothing about trains and I'm not British. I'm not even sure why I'm doing this list. Yet there is something very interesting about the releases. Completing this list will probably take me forever, so please be patient.

So far, the BFI has released twelve volumes of these films on DVDs. At the moment I have watched five of them. I'll add more films as I watch them, so the ones on the list are always those that I have seen. 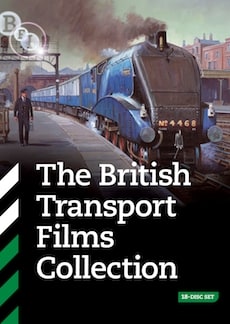 British Transport Films was an organisation set up in 1949 to make documentary films on the general subject of British transport. Its work included internal training films, travelogues (extolling the virtues of places that could be visited via the British transport system - mostly by rail), and "industrial films" (as they were called) promoting the progress of Britain's railway network.

Top 10 most wanted to read philosophy books by popguns

My Vinyl Collection by Nosoki

My Film-related Dreams by Nosoki

My Video Game Diary by Nosoki

The Mystery Exchange by Nosoki