This short dream included me as the director, making a cheap ripoff film about Steven Spielberg's Jaws. Spielberg heard about the project and became so interested that he offered to pay the whole budget of the film from his own money if he could be the assistant director of the film. The end result was a three-hour-long documentary film about a film-maker's journey and how dreams can come true. 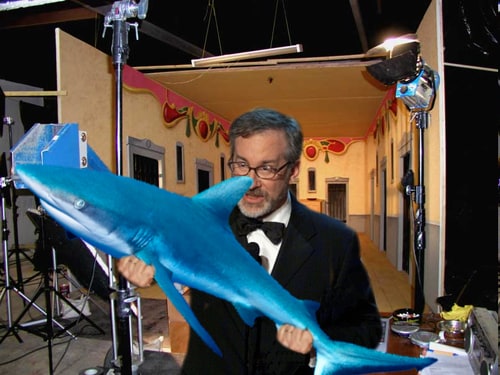 Marlon Brando owns horse breeding grounds where he breeds the best kind of race horses in the world. His scientists have invented a new method where they can fertilize the same egg multiple times. When this method is used, the best features of every stallion are combined, resulting in super horses being bred. The problem with this method is that it can only be put to use by natural means, so every stallion would have to have sex with the same horse or it wouldn't work.

So Brando's solution for this was to move in with the horses. At first the horses laughed at Brando because he was slow and weak. However, he was very accurate with his hands and quickly the horses noticed how good he was at collecting little rocks - something that the horses themselves could not do. Slowly Brando gained the trust of the horses and learned their language. As Brando was so smooth, he started to gain the attention of the female horses. One by one they fell under Brando's spell and quickly every female horse in the grounds was in love with Brando.

The stallions in the grounds became sexually frustrated as every female followed Brando. Even the horse police of the emperor couldn't do anything because they were so depressed. This is when Brando started teaching the horses that it is wrong when one percent of the population has most of the "goods". The stallions liked the idea where everything would be common property and started an uprising against the emperor. After this Brando returned the power to the people who set up a law where every female horse was every stallion's property. This was exactly what Brando wanted, and now every stallion had sex with every female horse, because they were now considered common goods.

The breeding grounds provided the race tracks with the best horses ever seen. They went on to win every major horse race in the world. 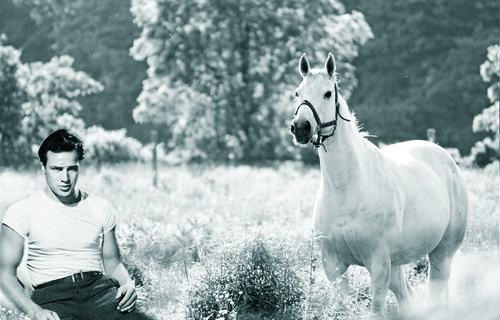 It's Marlon Brando again. This time he is running a rough school where he teaches good manners to bears. This time he has three students: a father bear, a mother bear and a little bear. Brando is trying to teach the bears to eat their porridge the right temperature - not too hot and not too cold.

The father bear likes his porridge too hot and the mother bear likes hers too cold. They have eaten their porridge this way for all their lives so it is hard for them to change their ways. This is why Brando beats the living shit out of the two bears every time they make a mistake. The little bear always eats his porridge just the right temperature because he is young, not used to anything, and he is very adaptable.

After many failures and beatings Brando tells the bears that this was the last day that he is going to tolerate failure and if tomorrow the porridge isn't the right temperature, horrible things will happen...

The next morning Brando tastes the little bear's porridge first. Perfect, just as always. Brando taps the little bear on the forehead and tells him that he is the best student that Brando has ever had and that he is very proud of him. Then it is time for the mother bear's porridge - too cold. The father bear's - too hot. Brando reminds the bears that he told that this was their last chance.

Brando goes to the little bear. He then asks the two bad bears why they can't be like the little bear who has never made a single mistake. Then Brando takes out a huge knife and slits the little bear's throat open. As the little bear makes his final, feeble gasps for air before collapsing, Brando says to the other bears: "If I can do this to my best student, imagine what I can do to YOU!"

The bears never ate their porridge too hot or too cold again. 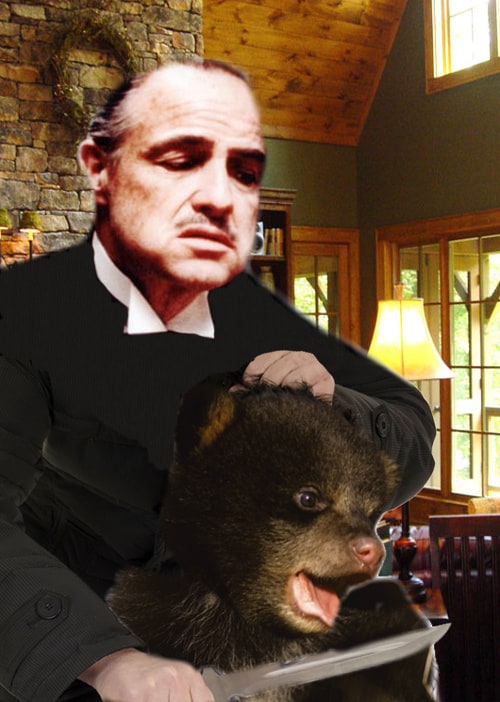 4.9
Atlantis Interceptors (aka The Raiders of Atlantis)...
Atlantis Rising

While visiting the local library, I see a bunch of old VHS cassettes filled with episodes of Tilt (a Finnish video game show of the 1990s) from the year 1989 in the corner. I decide to take them because the thought of finding these in the library was so confusing.

As I watch the episodes, I start noticing similar patterns that seem like codes. After carefully deciphering them, I realize that they tell of a horrible conspiracy. Joseph Stalin, Kurt Vonnegut and the King of Atlantis are plotting to make Atlantis rise from the depths. After this they plan to enslave the whole world by using the final stage of hypnosis, invented by Vonnegut. This stage destroys the minds of the subjects completely and makes them mindless slaves.

After deciphering the code I try to warn others. I go to Listal user VierasTalo's place to ask him for help. However, VierasTalo is too busy making macaroni casserole to help me. He then adds that it is very important to add ketchup to the casserole before you put it in the oven. This way the casserole becomes nice and juicy.

Shortly after leaving VierasTalo's place, I'm captured by a bunch of freedom fighters. They had been founded by Vonnegut himself while he was under hypnosis. The freedom fighters tell me that the only way to prevent Atlantis from rising is to destroy Stalin's nazi death fortress located in Germany. By blowing up the water purifier in the fortress and planting a bug in the radio communications room, the death fortress would sink right into Atlantis, destroying it completely.

When I have adventured for a while with a bunch of freedom fighters, we end up in a room inside the death fortress. There lies the body of Kurt Vonnegut, who has died while experimenting with hypnosis and inventing even a higher level of hypnosis than the final stage. This stage not only destroys the mind, but the body also. After this I know that I must succeed or the world will be doomed.

Luckily everything goes well and after blowing up the water purifier and planting the bug, the fortress starts to sink. It sinks right into Atlantis, crushing it and its evil king completely. The world is saved. 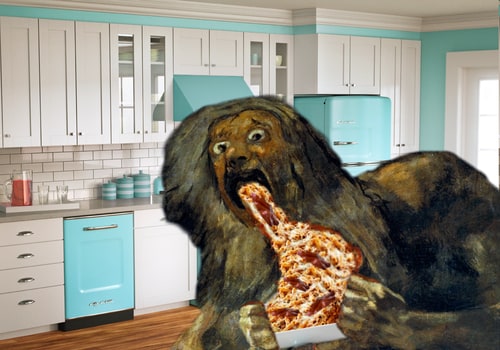 Ron Jeremy, Toshiro Mifune and I have acquired a map that shows the location of a sunken diamond temple in the deepest Africa. The temple supposedly holds something called "The Jewel of Africa". Before leaving for the deepest Africa, we are warned about the cannibals who inhabit the area. We decide to leave anyway, and within five minutes we see the first cannibals.

We decide to wait until nightfall so we can sneak by unnoticed. Slowly we drift with our canoe in complete darkness, seeing the fires of the cannibal villages on each side of the river. Then suddenly, we hit something. An unlit canoe in the middle of the river, used by the cannibals to prevent anyone from slipping by. The cannibals start chasing us as we paddle for our lives.

After we have lost the cannibals we come to a hidden opening on a swamp forest. Suddenly we realize that this is it, the diamond temple. As we go in we start shouting that we are rich. However, after going outside, we see hundreds, if not thousands of cannibals waiting for us. We think that this is the end of our lives.

The cannibal leader closes in and asks: "What trick of fate makes a white man end up in the deepest Africa?" Not wanting to die we have to come up with a lie quickly. "We are here to kill homosexuals", we answer the leader. He then bursts into laughter and tells us that we are okay.

After this the cannibal leader wants our help with something. We agree, and we start a train trip across Africa on the cannibal leader's private train track. He wants our help inspecting his Toyota retail stores. After inspecting them we have to come up with new and innovative ways to manage the stores. The way we inspect the Toyota outlets is by making Toshiro Mifune shout at them while wearing only his samurai style underpants. After this we realize that the stores are going to make a fortune and invest all our money in them.

We return from Africa as millionaires. Then we realize that the true Jewel of Africa isn't a diamond but the unused marketing potential, and that the riches of Africa aren't found by looking in the past, but by investing to the future. 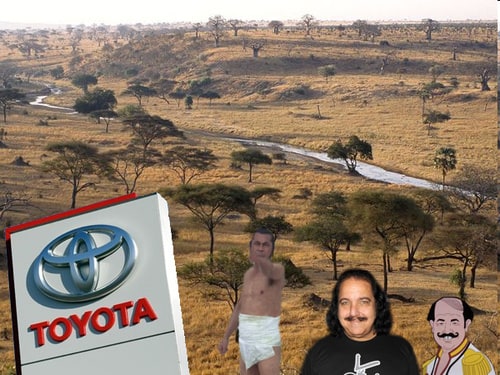 In this one I was in some sort of a wild west setting with Listal user Tapio. While we were searching the shelves of a common goods store, we found a DVD box set with all of the Emmanuelle movies in it. Then we watched them all in one go while wearing snorkels and flippers.

I haven't seen any Emmanuelle movies, but I believe that this is the only reasonable way to watch them. 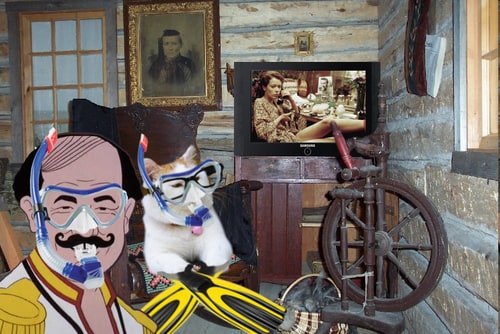 Viggo Mortensen is a man who is fed up with life. Disappointments in social situations, love life and career have made him bitter and he is considering suicide. Then, by a trick of fate, he meets 12-year-old ADD-suffering little kids who spend their time on the internet, reading Ylilauta (The Finnish equivalent of 4Chan), shouting memes and playing Counter-Strike. Mortensen immediately bonds with the kids and finds some meaning to his empty life. Perhaps this is what he was meant to do?

The days go by bashing people on the internet, trolling the comment sections of news medias and team-killing in CS. Nothing has to be taken seriously and everything is a laugh. Every female is a fat feminist whore to them and Mortensen and the boys have the constant need to tell that to the women. Every now and then Viggo goes to the store to buy energy drinks, beer and tobacco for the kids who look up to him as an individual and a kind of a leader.

This new kind of a tale about forbidden love is a touching way to tell how everyone matters. The film goes on to win every major award in every film festival that awards crappy bonding stories about a man who is about to kill himself. 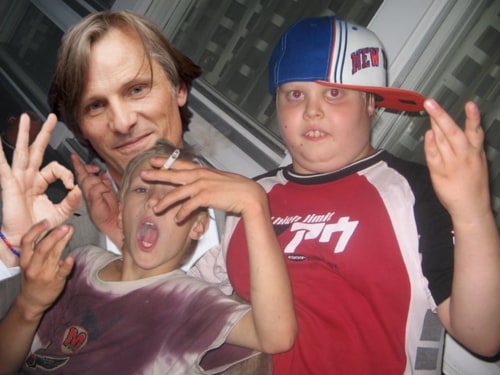 These are dreams that I've had at some point of my life that have something to do with movies. Some of them include film actors and some of them are just very film-like.

HUGE thanks to fellow Listal users Winters, Lamourderer and Tapio for searching through many years' worth of IRC logs to find my descriptions about these.

Watched in 2012 by Harmonica

Watched in 2013 by Harmonica

The Most Beautiful Women! (New number 2!!!) by Tumppi