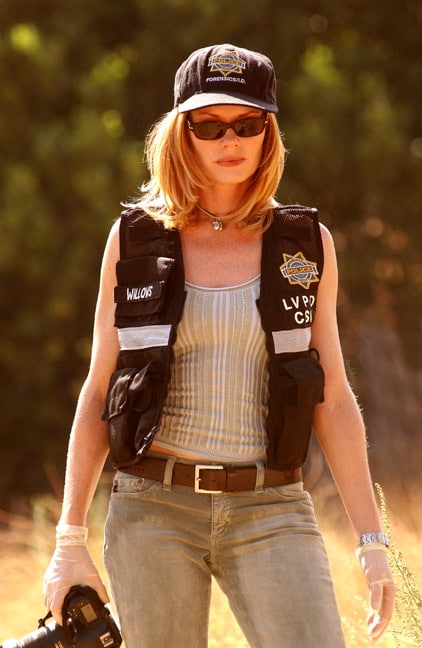 "CSI" says goodbye to one of its own this week when series star Marg Helgenberger leaves the Vegas crime lab after a stellar 12-season run. But she's not the first star to leave a hit show. (Heck, she's not even the first to leave "CSI"; co-star William Petersen left the cast in 2009.) 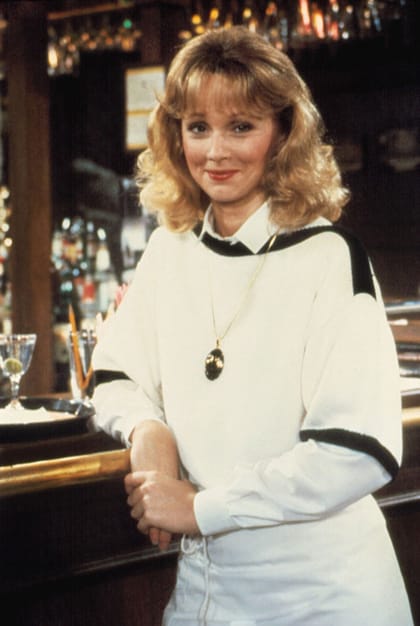 "Cheers" — As snooty barmaid Diane Chambers, Long teamed up with Ted Danson to set the standard for all will-they-or-won't-they TV couples to follow. But after five seasons, dreams of movie stardom (and on-set friction) led Long to hang up her apron, as Diane left Sam at the altar to pursue a writing career. Long did return, though, for a bittersweet guest spot on the show's 1993 series finale. 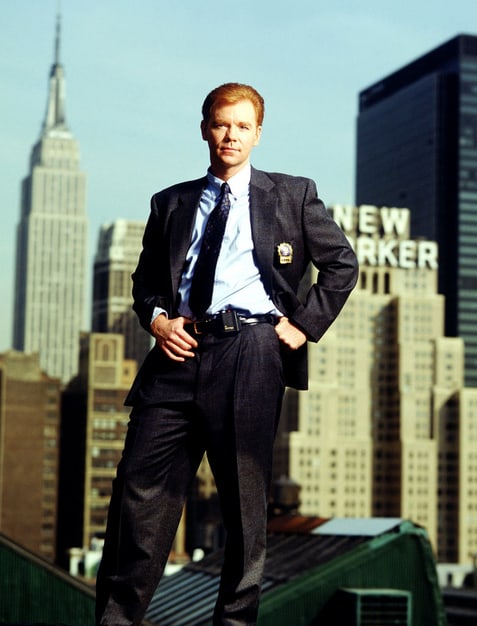 "NYPD Blue" — Before he ever donned shades as "CSI: Miami's" Horatio Cane, Caruso shot to TV stardom as gravelly-voiced detective John Kelly on ABC's long-running cop drama. With the heavy buzz around the show inflating his ego to massive proportions, Caruso turned in his badge in 1994 after just one season for an ill-fated film career. Jimmy Smits took the reins in Season 2 as Sipowicz's new partner, Bobby Simone. 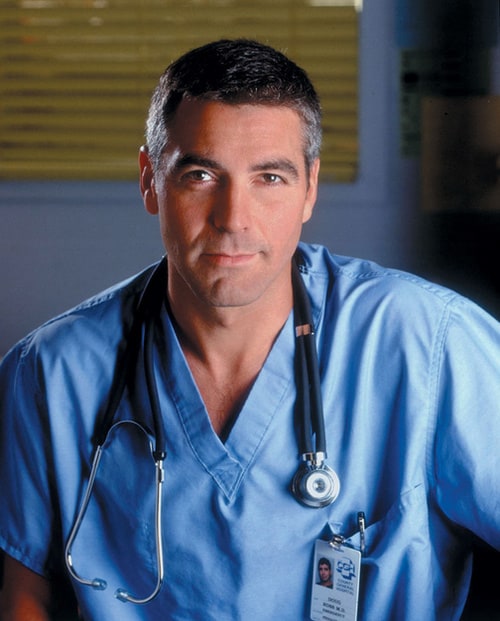 "ER" — The man who launched a million Caesar haircuts first set hearts aflutter as pediatrician Doug Ross on NBC's hit medical drama. But alas, the small screen could not contain the smoldering charisma that is Clooney, and he handed in his scrubs in 1999 to focus on movies. As for Dr. Ross, he moved to Seattle after butting heads with hospital brass, but we did get to see him have a romantic reunion with nurse Carol Hathaway (Julianna Margulies) a year later. 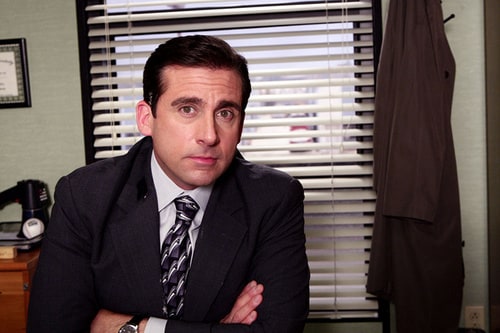 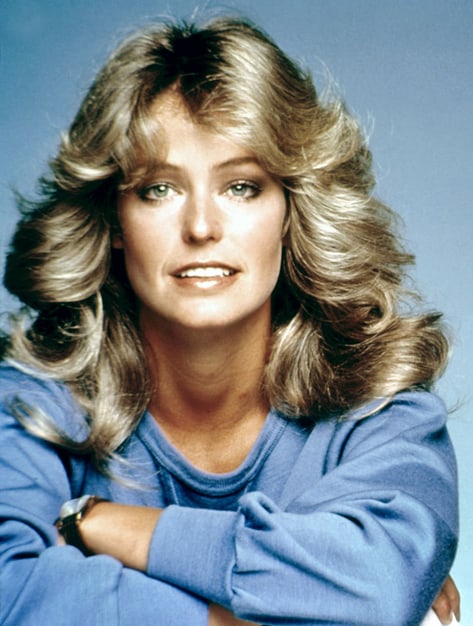 "Charlie's Angels" — This pinup beauty was every '70s teen boy's dream come true as sexy detective Jill Munroe on ABC's cheesecake action series. But a bitter contract dispute resulted in Fawcett exiting the show after only one season in 1977, with Jill running off to become a race-car driver (!) and Cheryl Ladd taking over as Jill's kid sister, Kris. 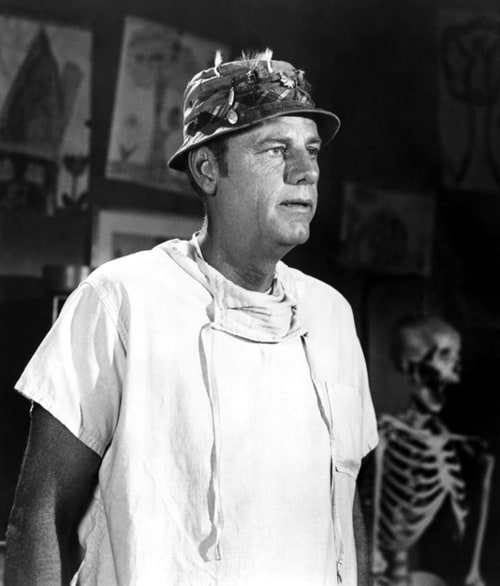 "M*A*S*H" — As the hospital's easygoing commanding officer, Lt. Colonel Henry Blake, Stevenson was part of a fine comedy ensemble. Stevenson wanted to be the star, though, and made his exit in 1975 after a three-season tour. Blake seemed to get a happy ending when he was finally discharged and sent home. But in an all-time TV shocker, celebration turned to tragedy when the unit got word that Blake's plane had been shot down… with no survivors. 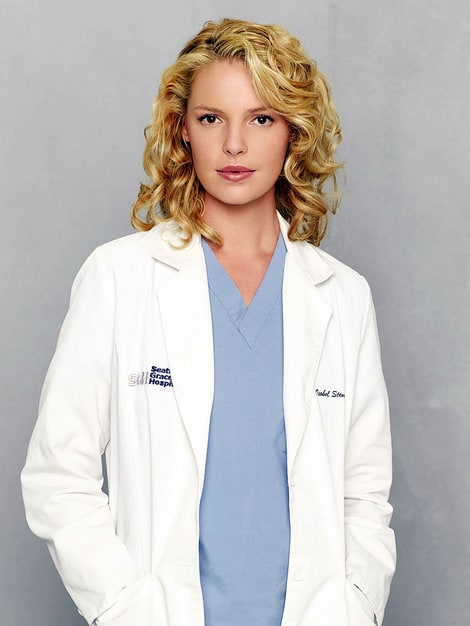 "Grey's Anatomy" — Heigl won an Emmy in 2007 for her work as Dr. Izzie Stevens on ABC's soapy hospital drama. But rumored clashes with creator Shonda Rhimes and a burgeoning film career led to Heigl's abrupt departure halfway through Season 6. She recently said in an interview that she'd love to return to "Grey's" to see what Izzie's up to. (And with a few more big-screen stinkers like "Killers" and "Life As We Know It," she may get her wish.) 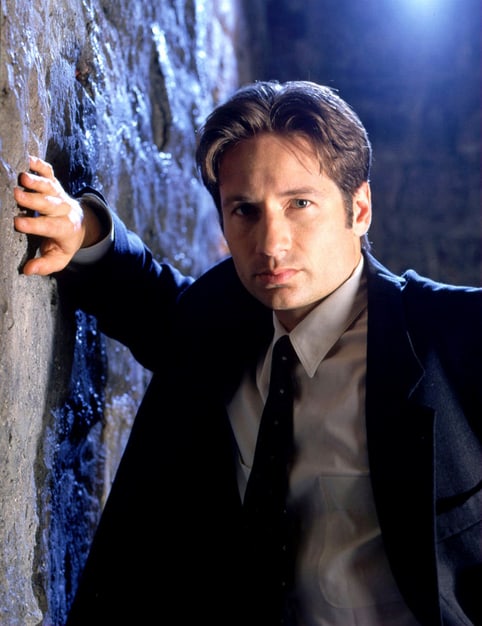 "The X-Files" — Seven seasons of playing FBI agent/alien-chaser Fox Mulder on Fox's cult sci-fi hit was enough for Duchovny… especially after he sued the network for his share of the show's syndication revenues. He bailed midway through Season 8, with Mulder making a very appropriate "X-Files" exit: being abducted by aliens. 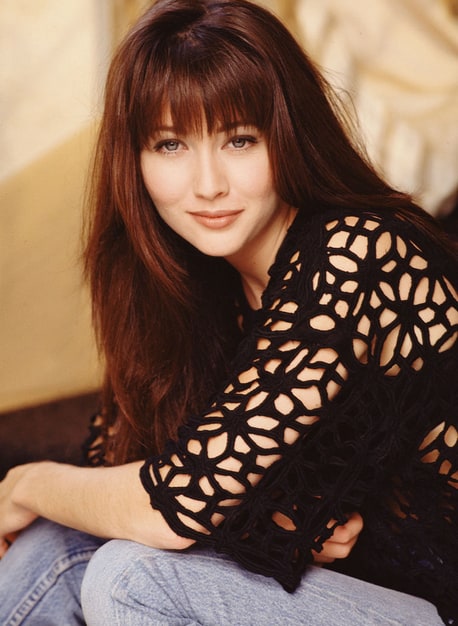 "Beverly Hills, 90210" — Teen Soap Bad Girl #1: Her character, Brenda Walsh, may have been a nice girl from Minnesota, but Doherty was anything but. Her well-publicized wild-child antics and clashes with the cast and crew led to her being written off the show in Season 4. Brenda jetted off to London to study acting, while Tiffani-Amber Thiessen filled the void as bad girl Valerie Malone. 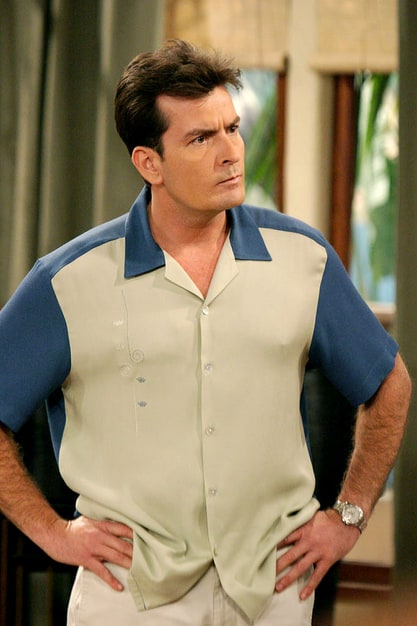 "Two and a Half Men" — No one could pull off a bowling shirt quite like Sheen, who wisecracked his way through eight seasons as womanizing jingle-writer Charlie Harper on CBS's hit comedy. Unfortunately, no one could go off on an offensive rant like him, either, and his tirade against creator Chuck Lorre led to Warner Bros. booting him off the show in favor of Ashton Kutcher and killing off Harper on last fall's premiere. 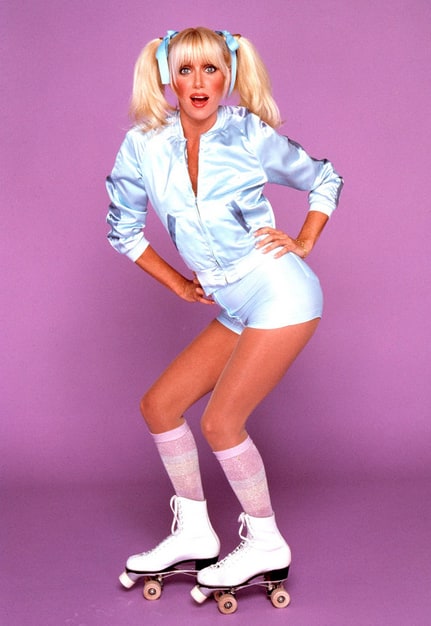 "Three's Company" — Somers yukked her way to stardom as prototypical dumb blonde Chrissy Snow on ABC's bawdy sitcom. But after Somers demanded a hefty pay raise, the network decided three's a crowd and terminated her contract. Chrissy moved to Fresno to care for her sick mom, and her equally dim cousin, Cindy, moved in to take her place. 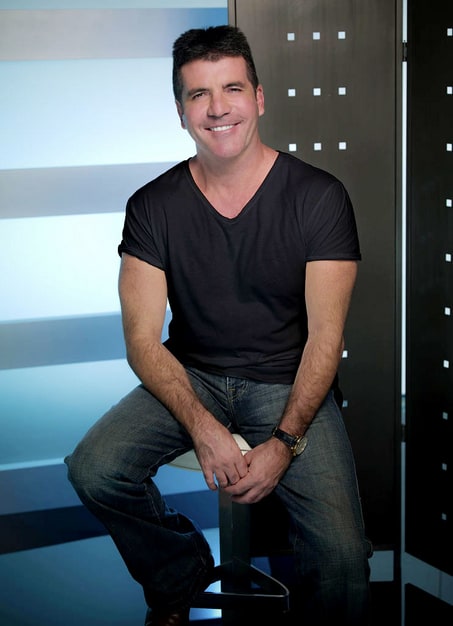 "American Idol" — Cowell's scowl may have dashed a hundred dreams of musical stardom, but it also helped make Fox's singing competition into TV's top-rated show. After nine seasons on the judging panel, he jumped ship to bring "The X Factor" over from his native UK, replaced by chart-toppers Jennifer Lopez and Steven Tyler. But no one's come close to replacing that scowl yet. 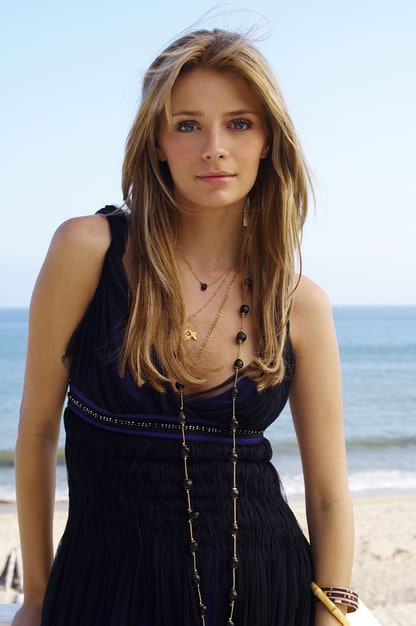 "The O.C." — Teen Soap Bad Girl #2: Barton was all of 17 years old when she debuted as poor little rich girl Marissa Cooper on Fox's buzzy primetime soap. Which might explain the reports of bad behavior and on-set strife that led to her being written out at the end of Season 3. The "O.C." producers made sure she couldn't come back, either, killing off Marissa in a fiery car crash. 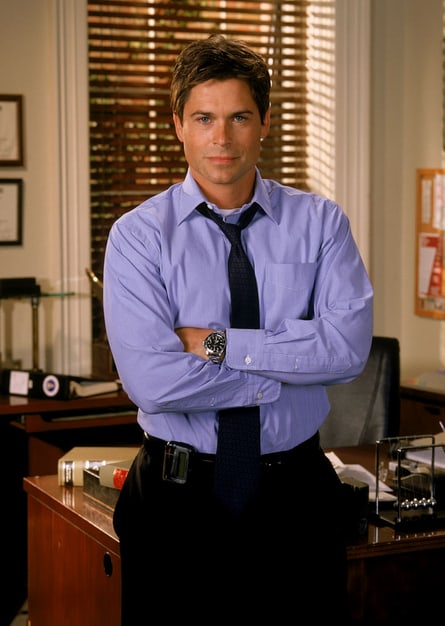 "The West Wing" — The boyishly handsome Brat Packer was actually considered the lead of Aaron Sorkin's brainy political drama when it debuted in 1999. But as Martin Sheen's President Bartlet began to take center stage, Lowe's character (deputy communications director Sam Seaborn) got squeezed out. Disenchanted, Lowe left the show in 2003, while its term in office lasted for three more seasons. 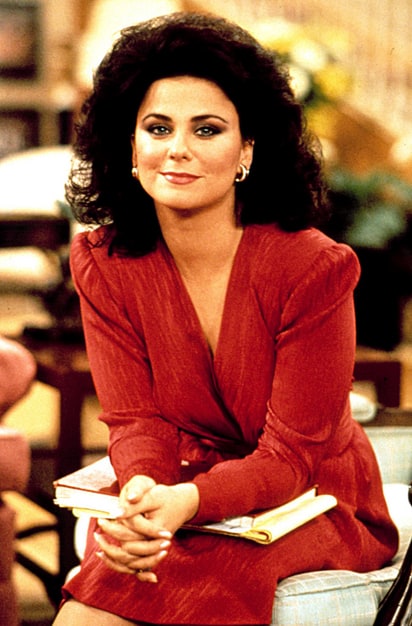 "Designing Women" — Burke ruled the roost as brassy Southern belle Suzanne Sugarbaker on CBS's hit sitcom about a tight-knit quartet of Atlanta interior designers. But things got ugly when Burke went public with her complaints about the show's creators, and she was let go after five seasons. The show tried to replace her and the departed Jean Smart with Julia Duffy and Jan Hooks, but that old Southern magic was long gone; "Women" ended for good in 1993.

The Art of Movies and TV by Vix

TV Guide's 60 Nastiest Villains of All Time by moviebuff

who deserve more to be mr darcy/elizabeth ? by 3 days grace

Famous People Born in 1964 by Milena

Favorite Films of All Time (2000 Edition) by Stehako

Board Games in my Basement by max

Favorite Films of All Time (2005 Edition) by Stehako

My Top 10 Funniest Comedies by PerfectPortal

Most Shocking TV Moments of 2012 (Spoilers) by nehocb