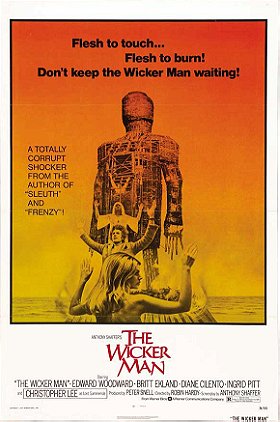 View all The Wicker Man lists 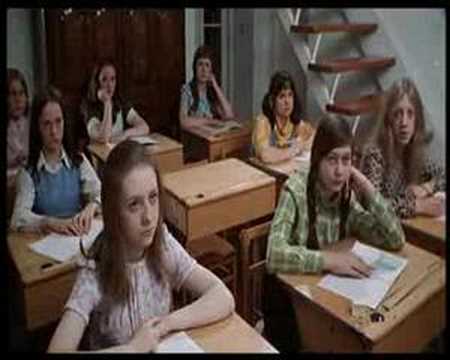 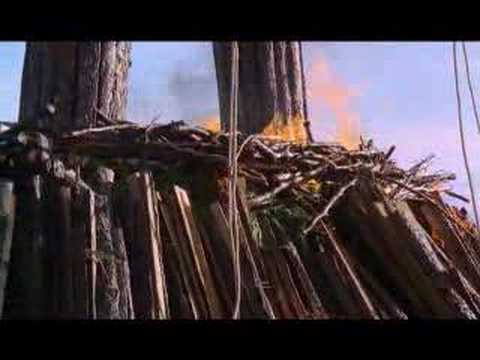 View all The Wicker Man videos

fernando
1 vote
Gameful, intelligent, provocative, tongue in cheek, shameless about its ridicule songs; open to the public about its clues. Woodward is excellent being rational and puritan at the same time. Great ending.

juggernate
1 vote
Wow. It's hard to think of this as a horror film. Maybe an anti-horror film.

Rath
1 vote
Based on a text of the prestigious novelist and screenwriter Anthony Shaffer ("Frenzy," "Sleuth") Robin Hardy adapted with a light and carefree approach this unusual thriller features, due in part to have been conceived as a musical director ethnographic , which can either divert the viewer's attention, turn your concentration, or maybe give a breath of fresh air to anyone who wants to see somethi... read more
View all The Wicker Man reviews

This legendary cult favorite was released to relatively little fanfare but has gone on to be regarded as one of the most disturbing and audacious horror films of all time. A young girl’s disappearance brings police sergeant Neil Howie (Edward Woodward) to a remote Scottish island, where he finds himself plunged into a sinister society of pagan pageantry and nature worship presided over by the menacing Lord Summerisle (British horror icon Christopher Lee). Set to an influential psychedelic-folk soundtrack (cue the creepy panpipes), THE WICKER MAN is a one-of-a-kind occult classic that retains its power to fascinate and shock.
Release date: 7 August 1974
UPC: 013131142297
Tags: Horror (31), Mystery (15), 1970s (14), Religion (13), Drama (12), Thriller (12), UK (11), 1973 (11), Sacrifice (11), Occult (10), Police (8), Pagan (8), British (7), Investigation (7), Witchcraft (6), Scotland (6), Island (6), Murder (5), (4), May Day (4)
My tags:

"Summerisle, Scotland A beautiful, island of the mainland of Scotland. Governed by Lord Summerisle, himself. Why you wouldn’t want to visit: The annual Summer festival, just ask Sgt. Neil Howie. “Summer is a comin in.”"

“Playing on our fears of "the other", this 1973 film has attained classic status. I don't think it is quite a classic, there are parts that do move slowly and others that feel somewhat stilted. Regardless, it is still extremely good, with a brilliant script and impressive locations and cinematography. The story is also very effective, and the ending is another great strength, being quite shocking. That is the thing about the Wicker Man, it is bizarre and it is disturbing but that works in the film's favour in alternative to against it. The acting is very well done, as is Robin Hardy's direction. Edward Woodward does a good job as the prudish Sergeant Howie and Britt Ekland is beautifully seductive as the pub landlord's free spirited daughter. But in my opinion, it is the magnificent Christo” read more

diabolical dr voodoo added this to a list 9 months, 3 weeks ago

stobesultan added this to a list 1 year, 8 months ago

jordanwiles94 added this to a list 2 years ago
Original vs. Remake Movies/TV Shows (315 movies items)

Henny voted for 6 images [View All] 2 years, 4 months ago

DrLoomis added this to a list 2 years, 4 months ago
Collection (2069 dvds items)

Jane added this to a list 2 years, 5 months ago
Movies I've Watched on Netflix (150 movies items)

DrLoomis added this to a list 2 years, 5 months ago
Horror Movies (627 movies items)

Meta_Ridley voted for an image 2 years, 8 months ago

sdepy83 voted for an image 2 years, 8 months ago

“The Wicker Man unspools so slowly and subliminally that you know something is “off” and sinister is about to happen, but you don’t see the trap engulfing you until its too late. Everything is so strange that it becomes like a hallucination that feels so tangible you don’t notice it’s a lie until you try to grasp it like a reflection in a stream. The pastoral symphony of the earliest scenes belies a dark, twisted heart that winds up being something of a cosmic joke.   Edward Woodward’s Sergeant Howie is our surrogate into this pagan world. The old ways have returned to this Scottish island, and its insular world is ephemeral in a way that becomes alluring. Howie, a staunch Christian and true believer, recoils in horror to the site of naked girls jumping over a fire and chanti” read more

Nusch added this to a list 3 years, 1 month ago
Folk-Horror Movies (13 movies items)

Hootsaidtheowl added this to a list 3 years, 1 month ago
Watched in August 2019 (7 movies items)