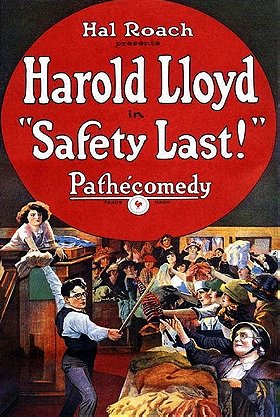 213 votes
The Most Iconic Images in Cinema History (128 items)
list by propelas
Published 10 years, 1 month ago 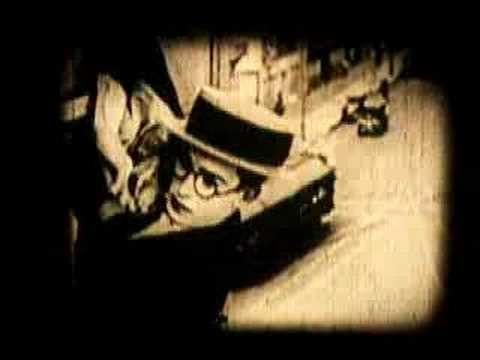 Quote Unquote Sir
2 votes
Harold Lloyd's building climbing stunt is one of the most awe-inspiring spectacles I've ever seen in a movie, done with a dogged dexterity and lovable enthusiasm worthy of comparison to Buster Keaton and Charlie Chaplin at their best. This masterpiece of physical and slapstick comedy made me laugh at inspired gags and gasp at startlingly convincing danger in equal measure.

dappa1975
1 vote
speachless - the stunts - all his breathe taking - and believe it or not - he only had a few fingers left - timeless classic - deserves to be watched nearly 100 years later!
View all Safety Last! reviews

A 1920's "yuppie," Lloyd climbs the corporate ladder in this early comedy featuring his famous dangle from the hands of a giant clock.

SAFETY LAST was added to the Library of Congress National Film Registry in 1994. Although Harold Lloyd swore for years that he had done all his own stunts, after his death it was finally revealed that the famous climb up the 12-story building was done with the aid of a stuntman.

PulpRoman voted for an image 2 months, 3 weeks ago

PvtCaboose91 added this to a list 5 months, 1 week ago

" First Viewing Viewing Date: May 18th Via: iTunes Store Plot: A boy leaves his small country town and heads to the big city to get a job, promising his sweetheart that she will move to be with him once he makes enough money. In his pursuit for cash, he decides to attempt a death-defying stunt by climbing a tall building. Rating: 10/10"

aLittleTyger voted for an image 5 months, 3 weeks ago

the giraffe voted for an image 5 months, 3 weeks ago

the giraffe added this to a list 5 months, 3 weeks ago

"First viewing - Apr. 4th Silent Sundays I've decided this month to devote time on each Sunday to a different silent film. I figured I'd watch the comedies on the Sundays my daughter is with me, and the other two when I'm on my own. Thus, we begin the month with Safety Last!, a film I've heard good things about. The kiddo didn't pay it much attention, but I had a really good time with it. There are some really funny set pieces and it's solidly entertaining. I generally tend to struggle at times "

the giraffe added this to a list 6 months, 3 weeks ago
Movies the giraffe watched in 2021: March (34 movies items)

Nusch voted for an image 12 months ago

Darth Brutus added this to a list 1 year, 3 months ago
Elokuvapäiväkirja 2020 (141 movies items)

napier voted for a review of Safety Last! 1 year, 8 months ago

napier voted for a review of Safety Last! 1 year, 8 months ago

“Harold Lloyd's building climbing stunt is one of the most awe-inspiring spectacles I've ever seen in a movie, done with a dogged dexterity and lovable”

aLittleTyger voted for an image 2 years, 5 months ago

Andy Goulding added this to a list 3 years, 1 month ago

"SAFETY LAST! - HANGING FROM THE CLOCK FACE Harold Lloyd was always considered the third great comedian of the silent era. Perhaps Harold's regular persona, known somewhat blandly as 'the glasses character', was not as inventive as Charlie Chaplin's Tramp or Buster Keaton's Stoneface, and Lloyd had less creative input into the films in which he starred, but as a screen comedian Lloyd threw himself into his films with gusto, performing many of his own stunts and creating a thoroughly likable pers"

SleepyHollowFan5 added this to a list 3 years, 2 months ago

moviewatcher122 added this to a list 3 years, 9 months ago

"December 2 This is seen as a classic of the silent film era and while I didn't really find it uproariously funny or even one of the best silent comedies, it still has a good number of funny moments and I can see why it's considered a classic even though it's far from a personal favorite."

moviewatcher122 voted for an image 3 years, 9 months ago

aLittleTyger voted for an image 3 years, 11 months ago

Stehako added this to a list 4 years, 9 months ago

shotswerefired added this to a list 4 years, 10 months ago

" I've yet to see a Harold Lloyd movie released on Blu-ray over here. Chaplin and Keaton are granted the lion's share of publicity, Lloyd should deserve his moment."

shotswerefired voted for an image 4 years, 10 months ago

moviebuff added this to a list 5 years, 3 months ago
101 Silent Movies You Must See Before You Die (101 movies items)

JxSxPx added this to a list 5 years, 8 months ago
Paste's 100 Best Silent Films of All Time (100 movies items)