Movies the giraffe watched in 2019: September

Noteworthy: The best films I saw this month

This month wound up being less productive than usual, but rest assured I'll make up for that next month. This was the second month in a row that I had Netflix, and most of what sat in my queue movie-wise were films I'm curious about seeing but not genuinely itching to watch or else just wasn't in the right mood for. Therefore most of what I really wanted to see I watched this month before canceling it out again. I did however watch some TV shows via Netflix, but none of them count toward this list. Additionally there weren't many new releases I cared about catching at the theatre, and surprisingly most of what I did venture out to see wound up being horror films. Of course those will be my primary focus next month, but with one exception none of the horror films I caught screened for more than a week. Overall quality-wise this was a pretty good month, so no regrets. 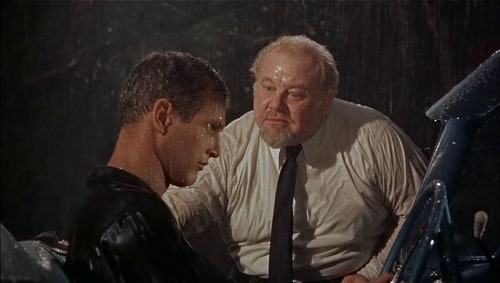 Netflix has a shortage of classic films these days, so I was pleasantly surprised to find this and the film below which when combined gave me a nice Liz Taylor double feature. The writing of this film is outstanding, when it ended I kept thinking about its construction and the way it unveils the characters. And of course the performances are wonderful...I was most impressed by Burl Ives, probably because I haven't seen him act very often. I mostly loved the film, and would gladly watch it again.
the giraffe's rating: 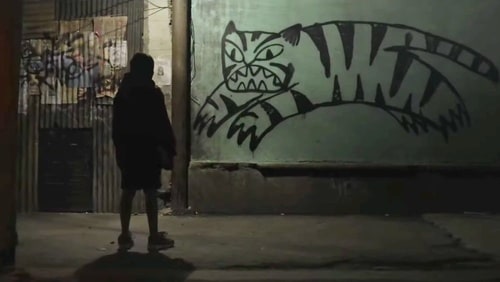 Much ado has been made about Tigers Are Not Afraid (aka Vuelven), so when I found out one of the local theatres was screening it I rushed right out as soon as I could. Sadly there were only 2 other people in the audience, but the three of us were treated to one hell of a good film. I don't want to say too much about it as going in blind worked well for me, which doesn't leave me a lot to comment on. I can say that the performances are outstanding, the effects work is often impressive, and the story wound up being more heartfelt than I'd anticipated. I'll gladly sit through it again.
the giraffe's rating: 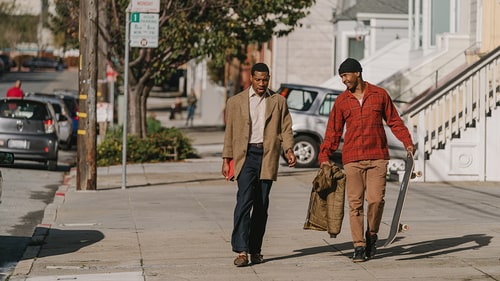 I now regret letting this film slip past me over the summer, as it would certainly have played better on the big screen. The rich colors and impressive set design make this one worth seeing on the largest screen you have available, even though its story is small enough to still deliver on any size screen. It's thoughtful and different, led by Jimmie Fails and Jonathan Majors who light up the screen and earn our empathy through their friendship. I'm on the fence about whether or not it crossed my personal line of greatness, but I enjoyed the film well enough that I'd gladly revisit it until I can figure that out for certain.
the giraffe's rating: 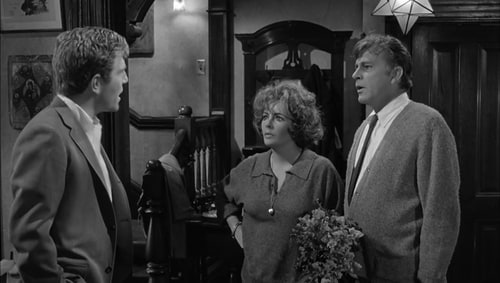 Holy crap, Richard Burton is a beast in this film. His entire performance is on some other level and it left me in awe of his abilities. Clearly I need to seek out more of his work. I can't imagine this film working as well as it does had it been shot with a different couple or paired Burton or Taylor with someone else instead of casting them together. At the time of the film they were married, and given the dark places their characters go it's ideal to have two people who can trust one another to help each get to their destination. It's not an easy film, and thus I'm skeptical as to whether I'd revisit it more than once or twice, but just because it's not entirely my taste doesn't mean I don't deeply respect it. It's a hell of a film, and if you love movies & have put it off for whatever reason I'd say give it a chance.
the giraffe's rating: 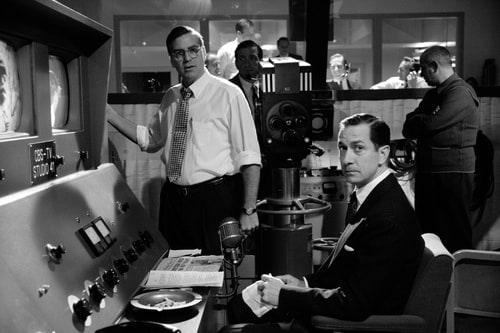 For reasons I can't recall anymore this film was not a priority for me at the time of its theatrical run. In the past few years I've been itching to watch it but hadn't successfully tracked it down on the occasions where I went seeking it out. Thus I was pleasantly surprised to find it on Netflix, and hopped on the chance to watch it almost immediately. I'm glad I did. It's a fascinating film, and surprisingly still relevant. The cast does an excellent job, and I liked the little asides where we watch the singer perform in a booth. I don't know that I'd go so far as to call it great, but it's absolutely worth seeing.
the giraffe's rating: 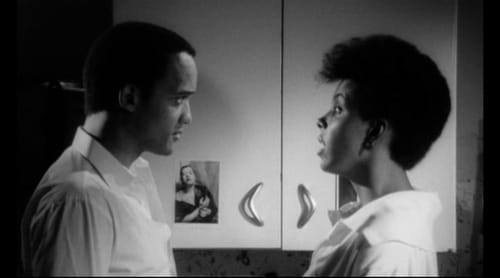 I was curious to see what this would be like, as Spike Lee is a filmmaker I've failed to keep up with but usually appreciate the films of. It was definitely different, and I enjoyed the telling of this woman who's juggling three relationships at the same time. The best part is that it never looks down on her or judges her, but treats her with respect. The documentary style works well enough, and I thought it was ultimately worth watching. It's not great, but it remains a fresh approach and I respect that.
the giraffe's rating: 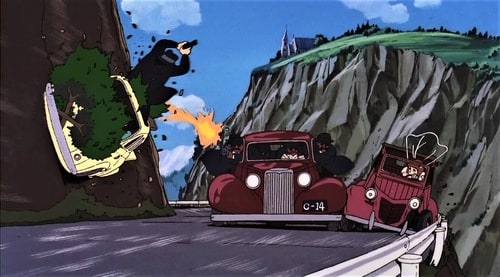 I initially tried to get the kiddo to watch this with me, but she turned it down. I was curious to see what early Miyazaki would be like, and wound up highly enjoying Castle of Cagliostro. There are at least 3 set pieces that had me roaring with laughter, and while the film can't quite sustain their giddy heights it manages to suffice by telling a solidly interesting and entertaining tale. I liked the characters, and now that I realize there are more adventures with Lupin III I will have to seek them out. It's curious that Netflix only has this one, but not surprising given how often they host partial film series.

After watching it I showed my daughter the opening stretch of the film and she was enjoying it until the action finally gave way to more standard exposition, at which point she deemed it "kinda boring". Maybe in a few more years she'll be ready for it.
the giraffe's rating:

There's nothing out this month that the kiddo wants to catch in the theatre, so I put this on for us to watch together. My thoughts are known around here, so I'll just express my gratitude that she enjoyed it as much as she did. I doubt she loved it to the same degree as I do, but she was definitely entertained and had a good time.
the giraffe's rating: 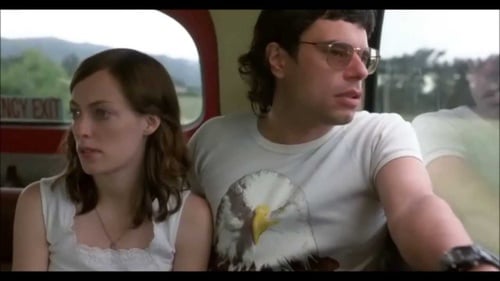 Now that I'm a fan of Taika's, I figured I'd give this a look. I have vague memories of encountering a trailer for it and being unimpressed, writing it off as an attempt at another Napoleon Dynamite. It's not that, but if Eagle vs Shark wasn't at least a little influenced by that film I'd be surprised. Thankfully it's better overall than that film was, though I still had moments where I struggled with it. My biggest issue was that I felt like the central relationship wasn't fully earned on both sides and was lacking a more definitive reason to justify the interest from each character. It's certainly got moments, but I'm happy to say that Taika has grown over the years as a writer and filmmaker.
the giraffe's rating: 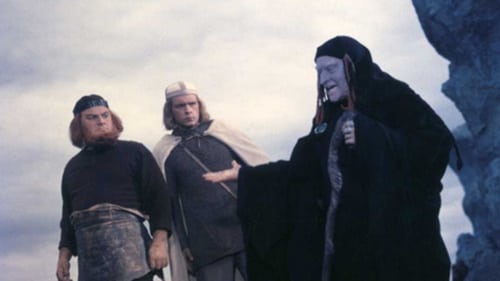 I couldn't figure out what I wanted to watch on this night, so I opted for this via MST3K. It scratched the right itch. Of course the film is awful, and there's no reason anyone should be subjected to it, which is why it's great fodder for their riffing. On its own it may be able to cure insomnia.
the giraffe's rating: 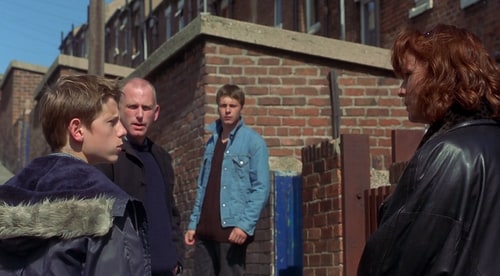 I am proud to say that Billy Elliot remains excellent and I still really enjoy it. The cast, the music, the story, really there's nothing to fault here. It may fall just shy of greatness, but it's a winning tale that I'll gladly return to periodically over the years.
the giraffe's rating: 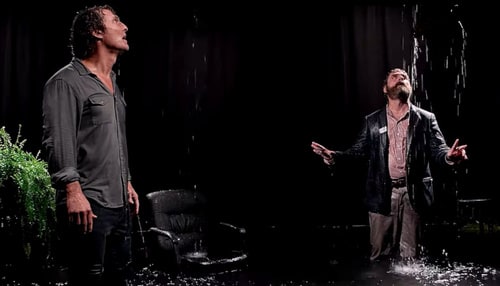 Look, if you've seen any of the Between Two Ferns series then this is really more of the same. If you enjoy those, you'll enjoy this as well. It's nothing great or revolutionary, but I was in the mood for it at the time and thus enjoyed it.
the giraffe's rating: 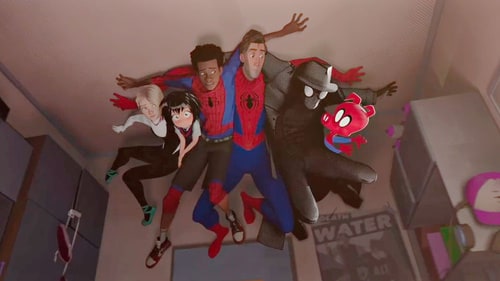 I'm failing on watching many movies this month, so I opted to end the month by revisiting Spider-Verse and it was time well-spent. I noticed some details I missed the first time around, and have no doubt I'll spot more with repeat viewings. That's all that needs to be said.
the giraffe's rating:

Films I caught in a theatre

Thanks to glimpses of reviews I lowered my expectations a little going into this one, which paid off fairly well. I didn't hate it by any means, but I also didn't enjoy the second part nearly as much as the first. Would they play better together? Maybe, but I don't think I'll jump too quickly at the chance to spend over 5 hours finding out. I thought the cast did a good job with what they're given (Bill Hader and James Ransone deliver the best performances), and there are a couple scenes which are truly outstanding (one below some bleachers was easily my favorite). But there's also a lot of repetition which starts to grow tedious after a while and left me wishing they'd edited it down a bit. Not to mention Ben's career choice seems shoddily thrown together with a flashback that doesn't entirely work. So this half doesn't come together as rewardingly as the first, but at least it doesn't fail either. Suffice it to say in the future I'll revisit the first part more often than this one.
the giraffe's rating: 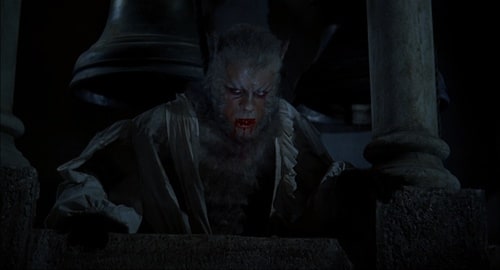 This month my local AMC was screening werewolf films every week, and this was the only one I hadn't already seen so I decided to give it a look. It wasn't really what I'd expected, though that's not a complaint. The mythology established here is really interesting and wound up being what I most enjoyed about the film. I didn't care at all for Oliver Reed's performance though, which undermined what the film was trying to do. The werewolf make-up was well done for its time, and I was entertained enough to hang with it, but the ending didn't deliver much and I walked out somewhat underwhelmed. I don't regret giving it a look, but it's not something I'd revisit.
the giraffe's rating: 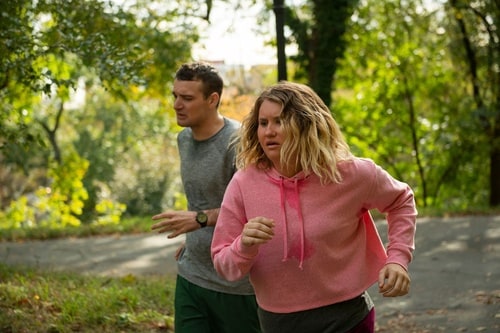 I wound up enjoying this film more than I'd expected to. It's not perfect, but I connected with it and was inspired by it in positive ways which made me happy to carry it with me after it ended. Bell gives an outstanding performance, and I'm glad I gave it a look.

If you want an in-depth review of this film that more or less nails it (in my opinion anyway), head over here.
the giraffe's rating: 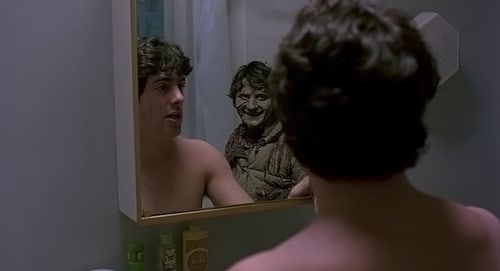 I wanted to see this on the big screen, so I went and had a great time. Everything else has been stated elsewhere.
the giraffe's rating:

Watched In Sept 2013 by Hootsaidtheowl

Recommend me a movie. by AVPGuyver21

Movies Re-Watched in 2018 by CD Smiles

PS4 Games I Finished by GigaBeer

British Comedy: How Do You Want Me? by Holy Godiva

My Top 50 Favorite Movies Of All Time by Movie Maniac

Movies from 1992 That I Have Seen by Leo

October 2019 Horrorfest by the giraffe