Masters of Horror - Best to Worst 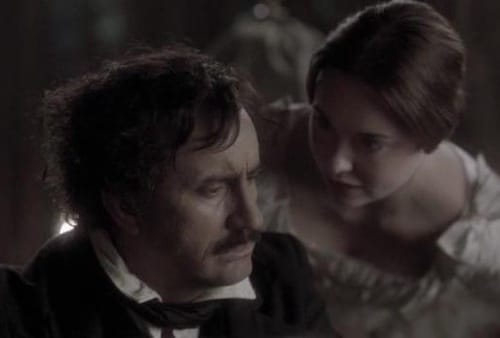 Stuart Gordon is apparently best suited for this series, as both his entries are among my favorites. Add to that the fact that this is a tale both inspired by & featuring Edgar Allan Poe, and it'd take a big screw up to keep it from being my favorite. Fortunately it doesn't disappoint at all.
the giraffe's rating: 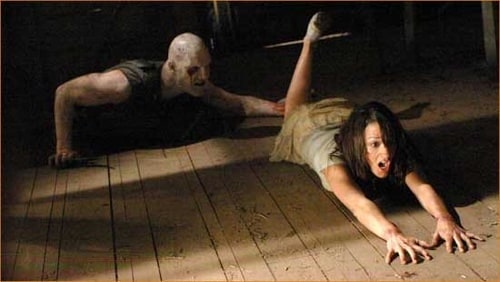 I'm not so crazy about the way the story jumps back & forth sometimes, though I'll admit that on the whole it works well enough. Still this one is both fun & intense, and so I highly enjoy it.
the giraffe's rating: 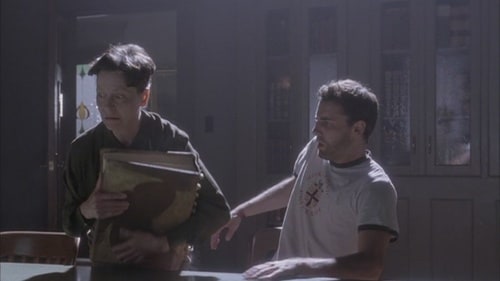 Stuart Gordon directing something based on an H.P. Lovecraft story? You can sign me up. I didn't enjoy this one quite as much as his Poe episode, "The Black Cat", but I thought it was really well-done. I was never entirely sure of where it was heading, the characters were realistic, the suspense well-done, and in the end I was highly pleased. If I had any criticism it's that it started a little slowly, but it more than made up for it.
the giraffe's rating: 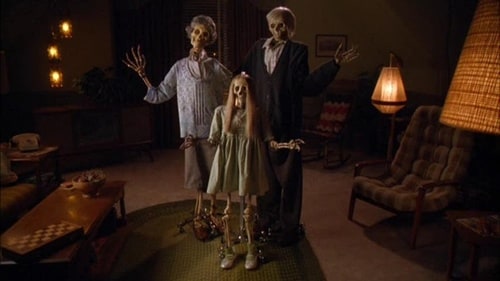 Actually this rates an 8 1/2 out of 10, earning a point and a half for a subtle 3 Stooges reference. George Wendt is excellent in his role as a mild-mannered serial killer, and the tale is very well-told. His neighbors are adequately portrayed by a couple I'm unfamiliar with (and obviously I wasn't impressed enough to remember their names), and John Landis' direction helps elevate this to the higher tier of the Masters of Horror series (at least in my book). Worth watching? Yes.
the giraffe's rating: 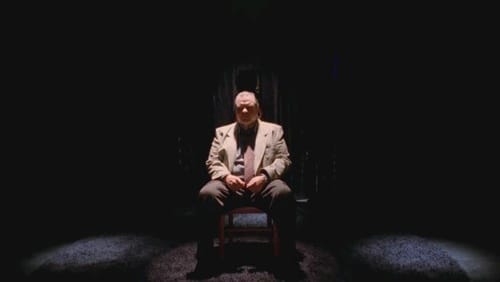 Argento directs this one & it turns out to be among the best of the series. I wasn't at all impressed with Argento's previous MoH episode "Jenifer", so this was really a pleasant surprise. Meat Loaf Aday does a solid job, John Saxon is excellent, but for me the technical aspects and the gore effects are what help this one stand out from the pack & make it a must-see.
the giraffe's rating: 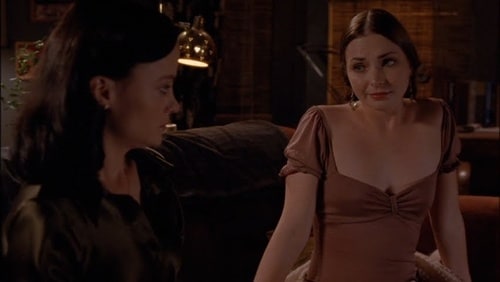 I really enjoyed this one, though May is far better. Pretty juvenile actually. I thought Misty Mundae and Angela Bettis were both really good in this, and the effects were sufficiently creepy.
the giraffe's rating: 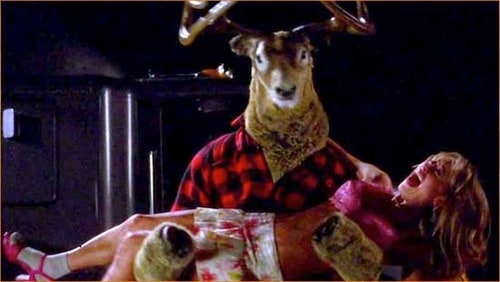 Silly. Entertaining. And Landis works in an An American Werewolf in London reference that awards this one extra points. My favorite part though is the detective trying to imagine how the murders he's investigating could possibly be happening. Hilarious.
the giraffe's rating: 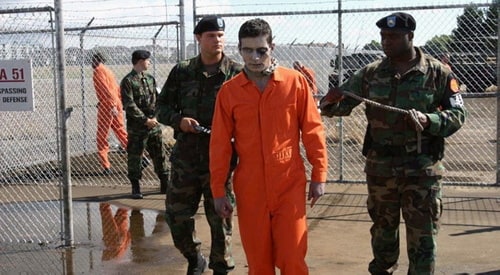 "Homecoming" is a brilliantly executed satirical horror tale. I personally really enjoyed it for what it was, though the idea seems a little stretched out even for an almost 60 minute run time. Joe Dante does a great job here, and there's even some of his trademark in-jokes hidden in the backgrounds.
the giraffe's rating: 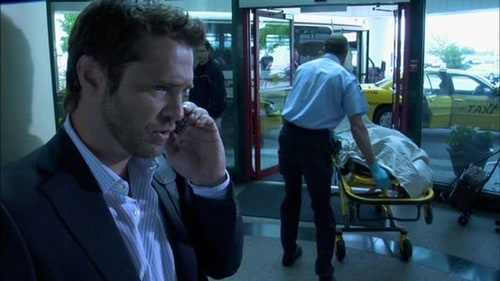 I was really digging this one, and then it ended & I felt like I needed another half hour or so. I liked the social commentary that ran through it, and the performances were mostly solid. But I felt like there was more to say and do that got lost due to the hour-runtime limitation, and so I was left wanting more. Someone should convince Joe Dante to shoot the full thing for us.
the giraffe's rating: 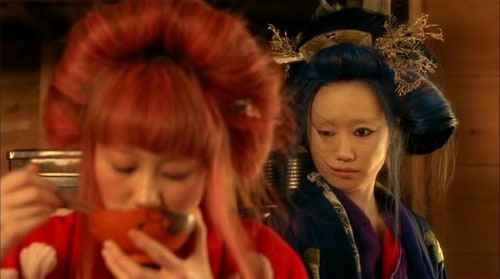 It's Takashi Miike doing horror so it's very creepy with plenty of body-horror stuff going on. Definitely memorable, just not a personal favorite.
the giraffe's rating: 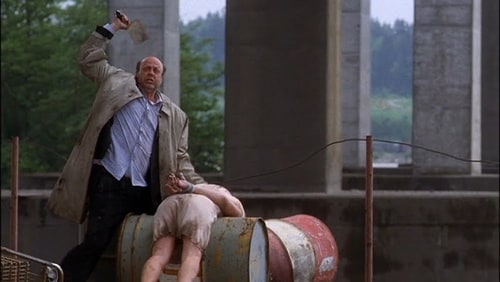 I really couldn't get into this one, though it's definitely got some really creepy moments that are pretty memorable. I'd love to comment further but it's been too long since I watched it.
the giraffe's rating: 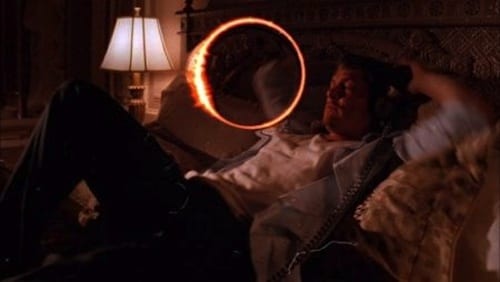 It was entertaining enough, but I felt it could've been much better in many areas. I've watched many of the Masters of Horror shorts, and this one is more mid-range.
the giraffe's rating: 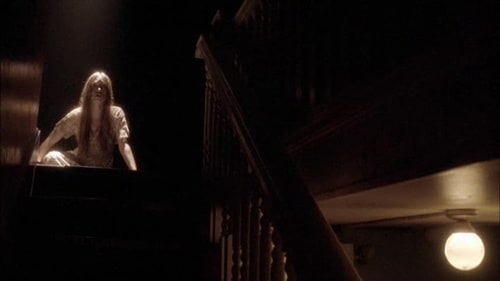 Another weak entry in the series, due largely to a good story idea (if not exactly novel heh) poorly executed. For a short film that boasts both Christopher Lloyd & Tony Todd, you'd think it'd be better. Both actors do their best with what they're given, and while Lloyd is the shining spot in this episode neither of them are doing anything different from other roles they've had. Which leaves us with one or two good gore moments, a beautiful woman in the role of Valerie, & a nice if not very original little exploration of reality...all of which is overshadowed by dull acting, some awful effects/make-up, and the fact that you've seen this done before & better.
the giraffe's rating: 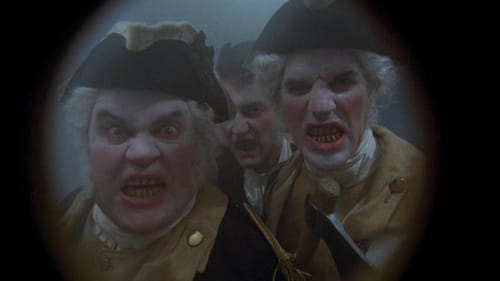 This one had SO much potential thanks to a cool story idea, and yet when I watched it I was mostly bored and/or annoyed by it. I think I even quit paying attention to it in favor of other things.
the giraffe's rating: 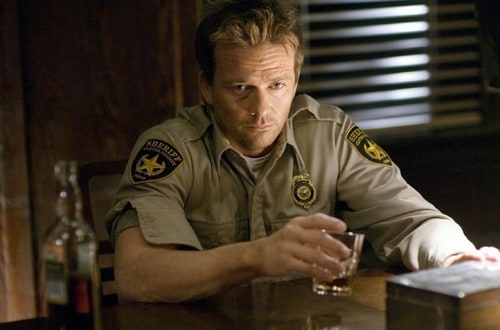 Mixed bag with this one. The effects on "The Damned Thing" are excellent. Lots of beautiful gore to be had here. There's a good set-up that gives way to an intriguing story with absolutely no explanations. Add to that a lot of off-camera action, some maddening cinematography (lots of flashing/unclear images), and an ending with zero impact in every respect & I was left feeling disappointed. Thankfully Ted Raimi is on hand, playing a priest no less, and so between his scenes & the gore effects it's not a total loss. But you'd think with Tobe Hooper directing this would have been a hell of a lot better.
the giraffe's rating: 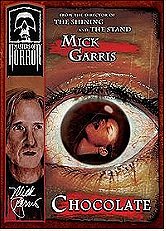 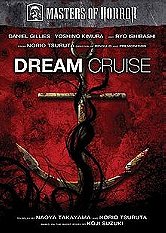 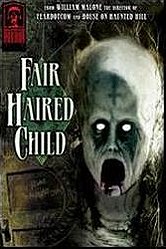 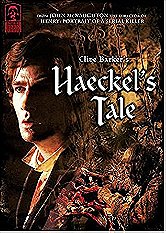 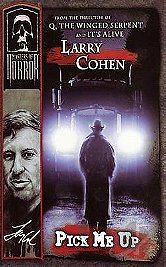 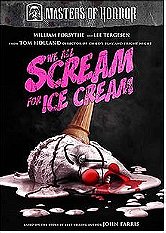 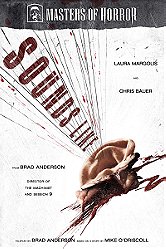 My personal rankings of the episodes of the Masters of Horror series.

The Alternative Oscars: 2012 (Choose the Winner) by BradWesley123

The Marx Bros. - Best to worst by the giraffe

Most anticipated films of 2016 by the giraffe