8.8
It's Always Sunny in Philadelphia
Season 7 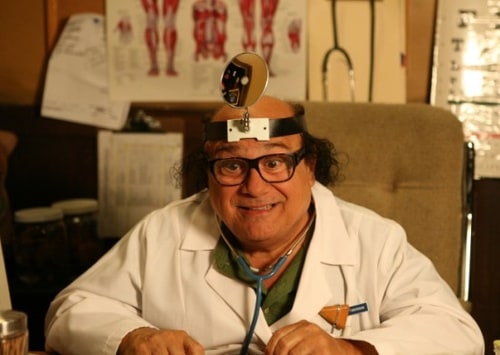 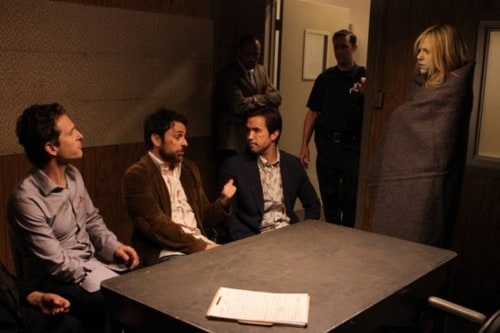 So far the wedding episode is easily my favorite, though "Charlie Rules the World" is a close second.
the giraffe's rating:

And by the end of 2012 I'd forgotten what happened in those episodes, which I watched around the time they initially aired & then other things prevented me from watching the rest of House's final season. I'll have to re-watch them before completing the season, which I'll hopefully do in 2013.
the giraffe's rating: 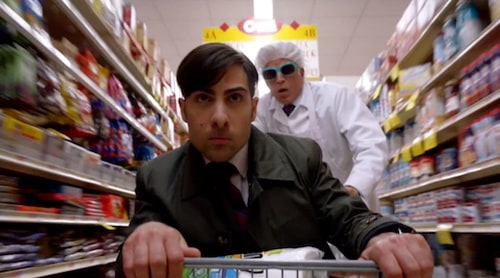 Very bummed that this wound up being the final season of one of the best written and most entertaining comedies on TV. I was really looking forward to more seasons of it. Stupid HBO canceling it in favor of airing more new shows...I don't get why they can't air their original programming on more than one day of the week. Sigh.

Ted Danson remains my favorite part of the show, and it's obvious he has a lot of fun playing his character. The ending left a pretty big issue unresolved, so clearly at least one more season was in the works. Kinda hoping that at some point it will either come back or they'll get a movie-length special to wrap it up or something.

On the upside I can look forward to more things from creator Jonathan Ames in the future, and will be keeping my eyes & ears open for any projects he's attached to. Between this & his movie The Extra Man, he's earned a fan in me.
the giraffe's rating: 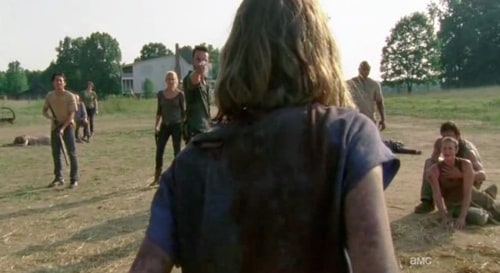 Season 2 really tested my commitment to this series by mostly not bothering with character development. I feel like it's trying really hard to follow the slow-build storytelling style of Mad Men, but the writers lack the creativity & intelligence to pull it off (not that I'm a fan of Mad Men's storytelling style, but it works better for a show like that than a show with zombies). Too much time was spent wandering in the woods looking for Sophia, too many arguments were repeated unnecessarily, and the farmhouse seemed to hold an ever-changing roster of zombie fodder as if it were a clown car. By the end of the season I had no idea who a lot of the characters were, so I was thankful to watch some of them be killed off. 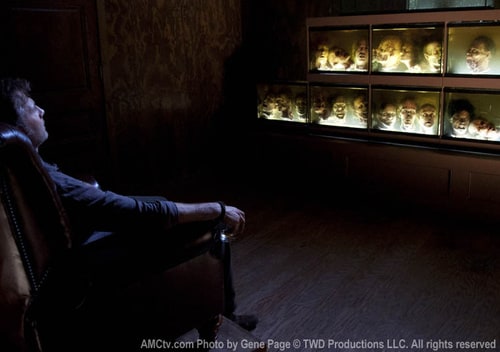 Looks like the writers listened to critical feedback, as this season is off to an excellent start. More zombies, more danger, and less incessant arguing. Also (most importantly) a bit of character development including the set-up of a new villain in the form of the Governor. There are still moments of stupidity that make me shake my head, but overall it's an improvement. Maybe there's hope for this one yet?
the giraffe's rating:

Hmm...guessing that's all I watched in 2012. I had good intentions of trying to at least finish season 7 and maybe watch a little of season 8, but it just didn't work out that way. Chalk that up to my dwindling interest in the series & my bigger focus on movies over TV shows in general throughout 2012.
the giraffe's rating: 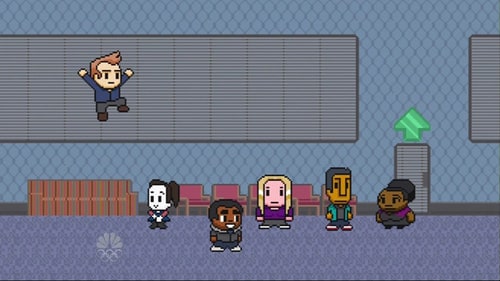 Why this series can't find a bigger audience & get its home network off its back I'll never figure out. This is easily one of the best shows on TV, both intelligent & hilarious, and it's got arguably the best ensemble cast. Best of all it's never afraid to defy expectations by having episodes like the one pictured above where most of it was spent with the characters in an animated video game format.

Hopefully creator Dan Harmon's exodus won't hurt the show as much as I fear. Won't know though until 2013.
the giraffe's rating: 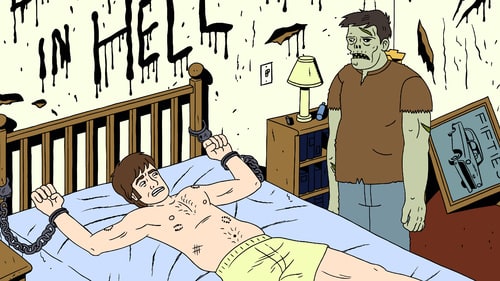 Fellow Listalite jaytoast mentioned this one to me last year, so when it popped up on Netflix instant I added it to my queue. I wouldn't say it's a Great show, but I was consistently entertained by the various ways it poked fun at & riffed on various horror movies throughout the season. It's very funny & I'd love to see if they can keep it up for another season, because it'd be just as easy for the show to run out of steam quickly.
the giraffe's rating: 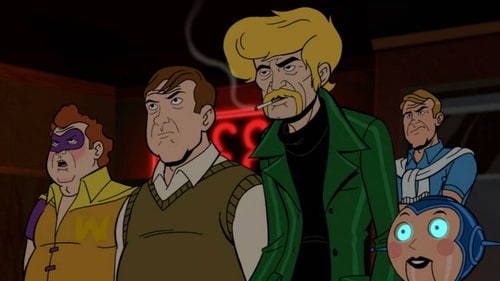 Missing Brock so far this season, though Sgt. Hatred is an interesting character & it's kinda nice to have things shaken up more than usual. My favorite episodes so far are the ones that have played the most with pop culture figures, be it fictional ones (boy heroes now grown up in "Self Medication") or musicians (Buddy Holly, Big Bopper, and David Bowie in "The Revenge Society"). Much like Batman though (references to which keep popping up everywhere this season) the most interesting aspect of this series is the villains, especially the ones that keep getting fleshed out over time.

I have the rest of this season on DVD, but didn't manage to finish it in 2012.
the giraffe's rating: 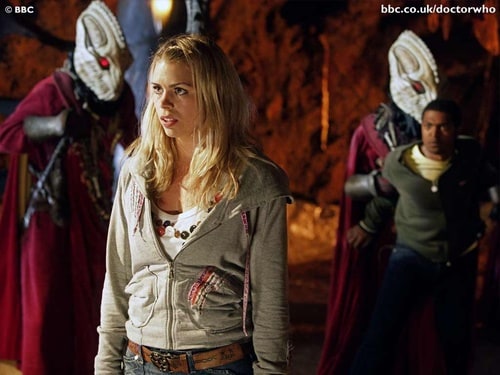 Yep, I hadn't seen this show before this year. My "wife" gave in to all the talk from her friends about how great this show is & decided to start watching it. I managed to catch the 2nd episode from the start & had to go back & watch the 1st one on my own after. Seems pretty good, but I'm not quite willing to deem it one of the greatest shows ever yet. I may watch more of it in 2013 & see if my feelings for it grow any stronger or not.

Muppet's Chicken Bang Bang
Note: In the episode this was in color, not black-and-white.

I swear "Pigs in Space" used to be hilarious. The only one I laugh at now is the one where John Cleese shows up as an inept pirate (which has all to do with him). The Muppet Show isn't always as perfect as my rating suggests, but each episode has more good moments than flat ones so that I can overlook any flaws the show had. I definitely appreciate it even more now than I did as a kid.
the giraffe's rating: 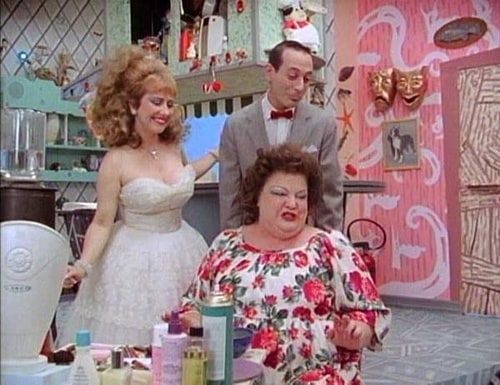 Had this one on DVD & decided to see if my daughter would like it. Surprisingly she LOVED it & has watched all the episodes a few times each, so of course I watched it with her. The series deserves credit for having such a diverse range of characters/actors, as well as being equally good at being both imaginative & didactic (the latter without overdoing it, no less). Pee-wee Herman is one of those characters you either love or are annoyed by, and if you fall into the latter group then you're missing out. I've dug him for a long time & am pleased that my appreciation for him has been picked up by my daughter.
the giraffe's rating: 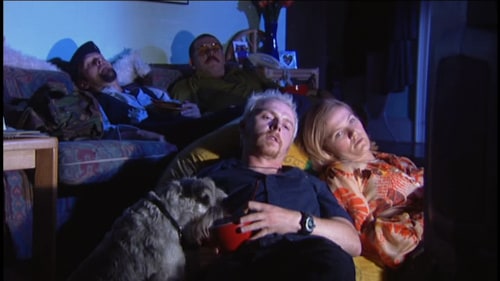 Brilliant show. Glad I finally caught up with it, both as a fan of various involved parties (Edgar Wright, Simon Pegg & Nick Frost before watching it, though I can now count most of the rest of the cast among those I'm a fan of) & as a fan of pop-culture-referencing entertainment. I could easily watch more of this, but I have no doubt (hindsight being what it is) that all involved parties have since moved on to bigger & better things. Ah, but the upside to being a short-lived show is (well, theoretically anyway) that it can't overstay its welcome or run out of ideas. If you haven't seen this show, I highly recommend you watch it.
the giraffe's rating: 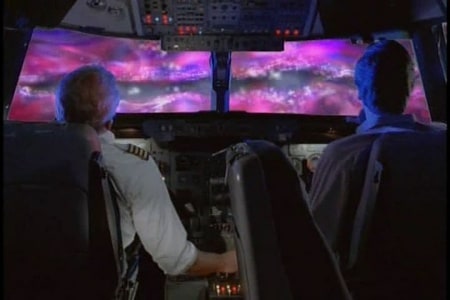 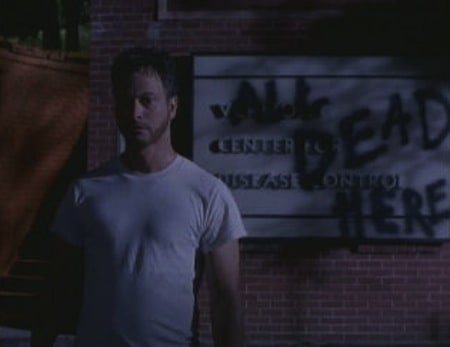 Thoughts for these can be found in my DVDecember list. 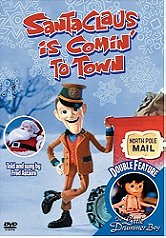 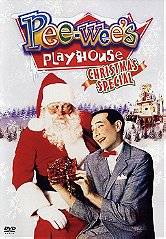 I'm not a cable subscriber or anything, so really I don't have TV like most people. However there are some TV shows that I do watch, either on DVD or via streaming services. So I thought I'd make a list to keep track of the TV shows I did watch throughout 2012 & detail some thoughts about them along the way.

A year-long list makes the most sense really, as it's rarely my choice to watch TV shows. I'd much rather watch movies, but I do live with my better half & our kiddo. My "wife" is usually the one who chooses TV over movies, largely because they require less time to enjoy. The kiddo will watch just about anything we'll let her, and while I caught parts of some of the shows she watched (Yo Gabba Gabba, Sesame Street, Curious George, & a few others) usually I'm busy doing other things around the house so you won't find most of them here.

And so, here's what I watched TV-wise during the year, shared for those who may be interested in such things. All are listed more or less chronologically by the order in which I watched them.

The Evolution of Amy Poehler by Daniela

Most Memorable Quotes by xforeverlove21

My Top 15 Favorite Movies of All Time by TGWTG fan

Greatest Films from 1994 by SwornShadow

Netflix Instant Project for 2014 by the giraffe