0
Ed McMahon
Ed McMahon (1923-2009): Paired with Johnny Carson during his full run on "Tonight," 1962 to 1992. Made "H-e-e-e-e-e-ere's Johnny!" an indelible catch phrase. He was probably one of the most famous second bananas in television history. Carson depicted McMahon as a bumbling alcoholic, when it was later discovered that Johnny had the secret problems with addiction. There was no one better than Ed. 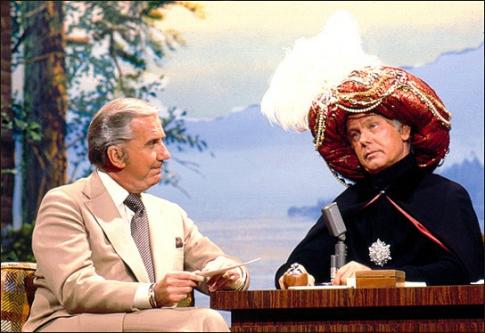 0
Dagmar Lassander
Dagmar (1921-2001): Bombshell who became a household name in the early 1950s on "Broadway Open House"; her dumb blonde act became so popular she received 2,000 fan letters a week. The show was hosted by Jerry Lester and Morey Amsterdam, later of "The Dick Van Dyke Show"
fame. She was famous for making a record with Frank Sinatra, which is considered Sinatra's worst recording, "Mama Will Bark" in 1952. 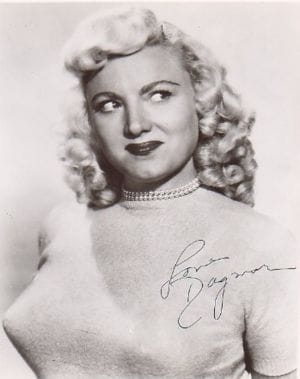 0
Louis Nye
Louis Nye (1913-2005), Don Knotts (1924-2006), Tom Poston (1921-2007): On "Tonight" and his later talk shows, Steve Allen established a cadre of talented comics instead of a single sidekick. Knotts was the nervous nebbish, Nye the suave, overconfident guy bellowing, "Hi-ho, Steverino!" and Poston a man so unnerved by the camera that he couldn't remember who he was. Knotts and Poston had long careers in televion and movies, but it was unfortunate that Nye never really became a big star. 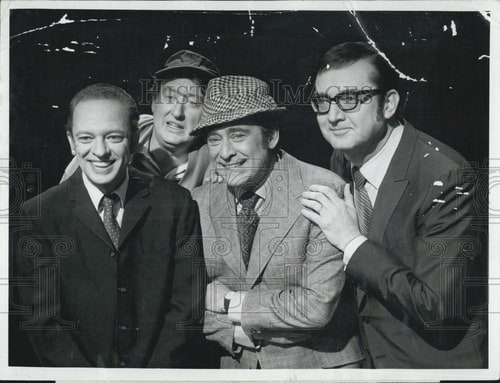 0
Hugh Downs
Hugh Downs (born 1921): Worked as Jack Paar's second banana on "Tonight" from 1957 until Paar's departure in 1962. I always forget Downs had that role. I remember him mostly from his long stint on 20/20. Once famously kept the show running single-handedly after the mercurial Paar stormed off the air in mid-show in a dispute with the network. 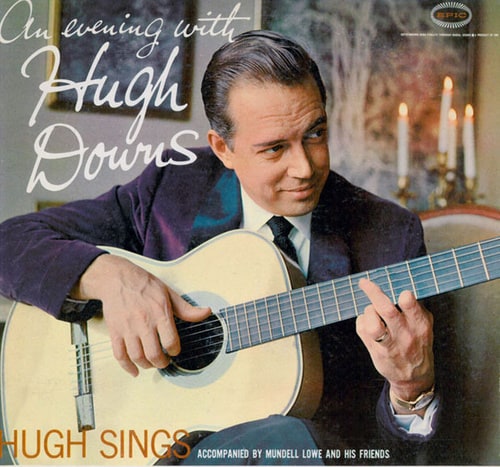 0
Regis Philbin
Regis Philbin (born 1931): Bantered with Joey Bishop for two years in the late 1960s on ABC's answer to Carson, "The Joey Bishop Show." It was Philbin's first prominent TV role, and he recalled it as "my introduction to the highly competitive late-night show world." Philbin is now cited in the Guinness Book of World Records for the most broadcast hours logged by a TV personality - breaking the record held by another former second-banana, Hugh Downs. Sadly Philbin left his famous morning talk show in November of 2011. 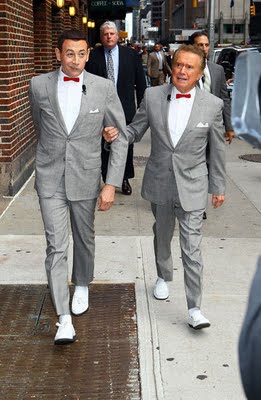 0
Arthur Treacher
Arthur Treacher (1894-1975): Merv Griffin's announcer and sidekick, who would introduce "Meeeer-vin!" An English-born actor, he typically played the quintessential butler/valet in movies, including several with Shirley Temple. He also had a fish-and-chips chain named after him. I actually know Treacher more from his movies and maybe restaurant than his
role as a second banana. The network said that Treacher was too old to be Merv Griffin's sidekick, but Griffin fought for him, and Treacher served in that role as second banana from 1965 to 1970. 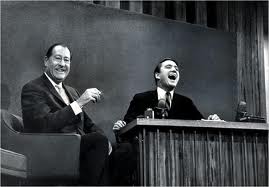 Behind most great television hosts is a second banana to not only bring comic relief, but also make the star look good. I decided to look up some great stars that I considered to be talented funny people during the golden age of the medium. Some second bananas who have brightened late-night TV include:

Welcome To The Grindhouse - Bikers by Alabama1971

Movies and TV That Enrage Me by PhineasPoe

More Pictures of Steve McQueen and Motorcycles by blankend