Celebrities and their old-time look-alikes 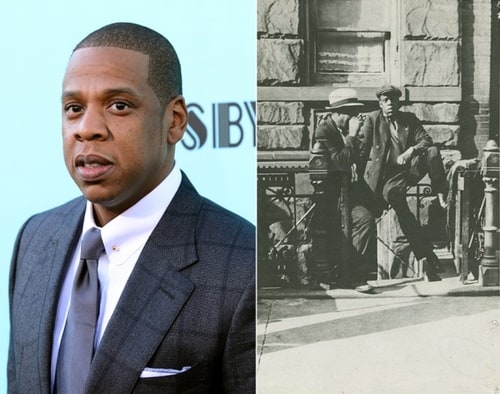 Seeing double? Though these celebrities are mega famous in their own right, they do bear very striking resemblances to people from way back in the day. Check out who in Hollywood has a historical doppelganger ... It appears Jay-Z is a time traveler! A 1933 photo of a man sitting on a gate in Harlem looks exactly like the famous rapper. The Schomburg Center for Research in Black Culture unearthed this old school snap of what appears to be Jay-Z's twin. 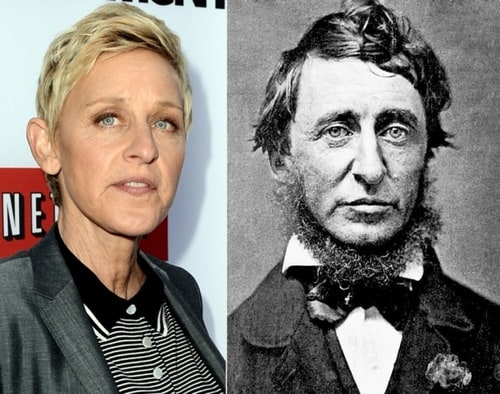 Ellen Degeneres is usually the one providing the laughs, but this side-by-side photo comparison of the comedian and author 19th century author Henry David Thoreau is one of the funniest things ever. With nearly identical eyes, noses and mouths, the two could easily pass for relatives. 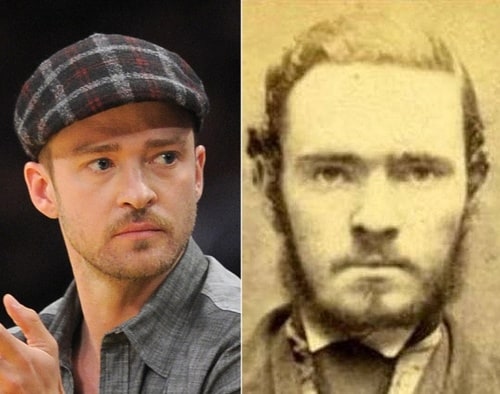 Was Justin Timberlake a criminal in a previous life? Here is a mug shot of a man who looks like a clone of the singer. Looks like someone was bringing sexy back decades ago! 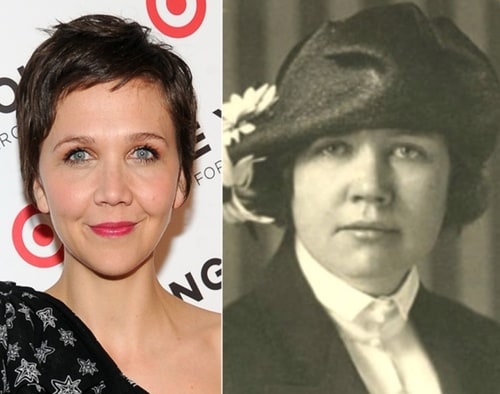 Journalist and writer Rose Wilder Lane, who was the daughter of "Little House on the Prairie" author Laura Ingalls Wilder, could also pass as a relative to another famous woman -- actress Maggie Gyllenhaal! 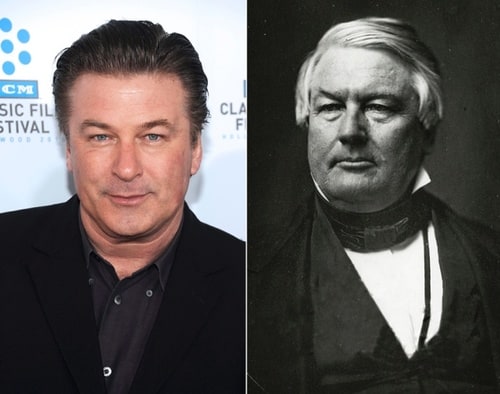 We always thought Alec Baldwin had a very presidential quality about him and now we know why! The star of "Orphans" on Broadway bears an uncanny resemblance to the 13th President of the United States, Millard Fillmore. 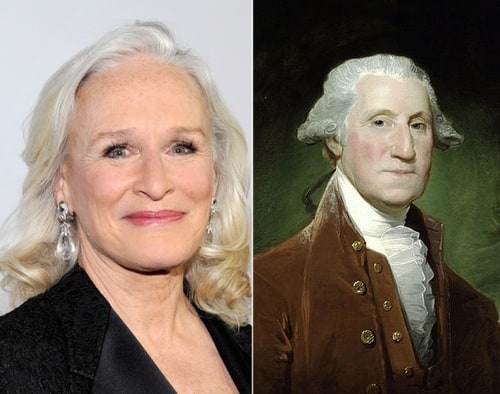 She may have transformed into a man for the film "Albert Nobbs," but that's not the only gent Glenn Close could believably portray on screen. With their resembling hairstyles and matching tight-lipped smiles, the actress could take a turn playing the first President of the United States, George Washington. 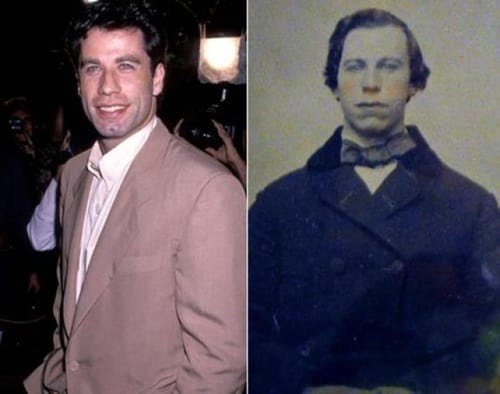 A photo of a man from the 1860s bears such an uncanny likeness to actor John Travolta, it is almost impossible to tell which one of these is the Hollywood star and which isn't. Check out those matching cleft chins! 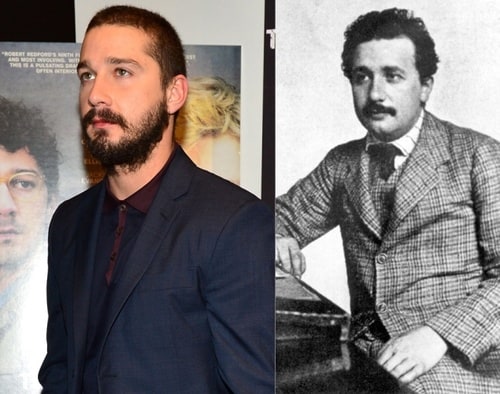 Shia LaBeouf started out as an adolescent in the business, but he could easily be mistaken for another past young star in the making, Albert Einstein. The actor and the physicist look remarkably alike in their prime. 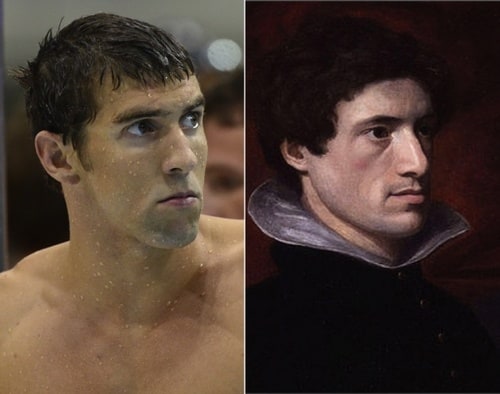 English essayist Charles Lamb has apparently come back in time ... in the form of Olympic swimmer Michael Phelps. Born over 200 years apart, the doubles have a carbon copy fixed stare. 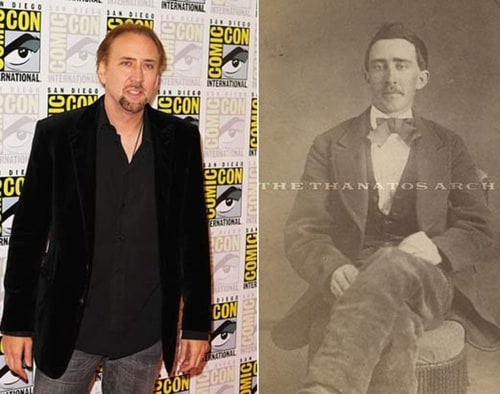 Nicolas Cage has taken on a lot of wacky roles in his career, but this is strange even by his standards. An antique photo collector was selling a Civil-War era photo of a man who is nearly identical to the actor in February 2012. "Personally, I believe it's him and that he is some sort of walking undead/vampire, et cetera, who quickens/reinvents himself once every 75 years or so," the seller -- who was asking $1 million for the photo -- wrote on eBay.
Milena 's rating: 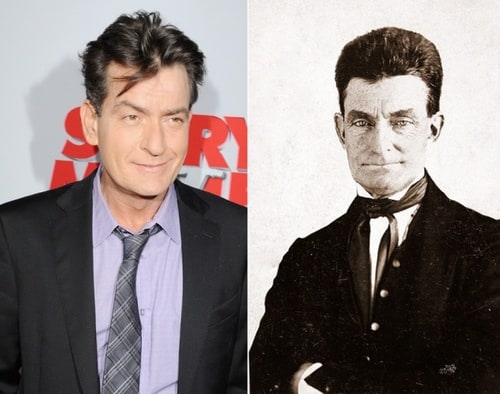 Call it a bizarre case of time traveling. While John Brown (r.) worked to abolish slavery in the mid-19th century, Charlie Sheen has merely tried to abolish all forms of sanity. Nevertheless, the two look eerily similar to one another. 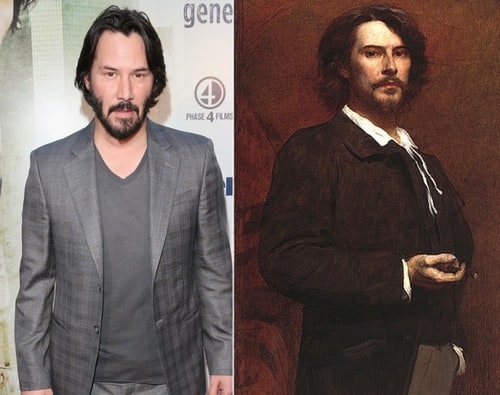 Has Keanu Reeves been taking style tips from the 19th century? Reeves' historical doppelganger, French actor Paul Mounet, who is pictured here in 1875, is an absolute dead ringer for the actor with that identical facial hair.

Cartoons I grew up on by Jajka

Run my fingers through your hair by Jajka

20 Good NORDIC Flicks you might have missed by zahzah

Because I Was Curious, Dammit! Part 6 by ChihuahuaDaddy

Horror and Gore by Mandarina

My Reviews on Zack Snyder's Work by DuckNation

Celebrities and their stunt or body doubles? by Milena

Famous People Born in 1945 by Milena