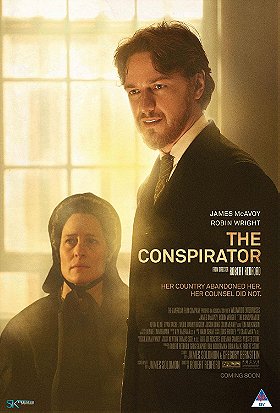 View all The Conspirator lists 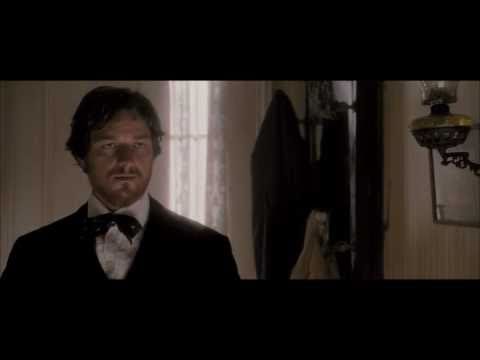 View all The Conspirator videos

johanlefourbe
Even though Robert Redford managed to win the Academy award for the best picture with his directing debut, ‘Ordinary People’, he never really managed to become a really great director like Clint Eastwood for example (on the other hand, Eastwood is probably the only one who managed to have such great careers both as an actor and as a director). Still, I always had a weak spot for Redford’s wo... read more

JxSxPx
The past few years have given Abraham Lincoln a bit of a moment on the big screen. There was Lincoln, which snagged Daniel Day-Lewis his third Best Actor Oscar, Abraham Lincoln: Vampire Hunter, which revised history to make him a supernatural character, and Killing Lincoln, which was a highly related mini-series. But before those three marched out in quick succession in 2012, there was The Conspir... read more
View all The Conspirator reviews

Sasa added this to a list 2 years, 3 months ago
Watched with my bff. (65 movies items)

Kandi added this to a list 3 years, 1 month ago

unusedfreezer voted for an image 4 years, 3 months ago

lalabellexoxo added this to a list 4 years, 3 months ago
Movies That Have Inspired My Writing (352 movies items)

johanlefourbe added this to a list 4 years, 4 months ago

" Cast : James McAvoy, Robin Wright, Kevin Kline, Evan Rachel Wood, Tom Wilkinson, Justin Long, Danny Huston, Alexis Bledel, Toby Kebbell, Norman Reedus What was it about? Mary Surratt is the lone female charged as a co-conspirator in the assassination trial of Abraham Lincoln. As the whole nation turns against her, she is forced to rely on her reluctant lawyer to uncover the truth and save her life. My two cents: Unfortunately, the damned thing didn’t really blow me away though. I mean, t"

PowerGirl added this to a list 4 years, 8 months ago

aLittleTyger voted for an image 4 years, 8 months ago

"When: September 16th First-Time Viewing: Yes. How: DVD from Netflix. What'd I Think?: Engaging, topical, fascinating historical drama, that has some narrative problems, and occasionally bogs the viewer with too much information. My Rating: 7/10 Other Notes: NA."

rickterenzi voted for 9 images [View All] 5 years, 10 months ago

MacGuffin voted for an image 5 years, 10 months ago

Kandi added this to a list 5 years, 11 months ago