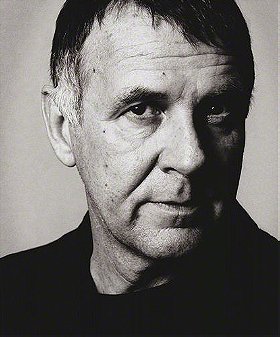 58 votes
Actors who deserves the Oscar (since 70s) (53 items)
list by xolmis
Published 6 years, 9 months ago

A popular British character actor, Tom Wilkinson was born on December 12, 1948, in Leeds, West Yorkshire, England in a long line of urban farmers. Economic hardships had forced his family to move to Canada for a few years when Tom was a child. After he had returned to England, Tom attended and graduated from the University of Kent at Canterbury with a degree in English and American Literature. Tom first became active in film and television in the mid-1970s, specializing in playing men suffering from some sort of emotional repression and/or pretensions of societal grandeur. In 1989 his daughter Alice was born, and in 1992 his daughter Molly was born, both with actress-wife Diana Hardcastle.

He first became familiar to an international audience in 1997 with his role as one of six unemployed workers who strip for cash in 'Peter Catteneo''s enormously successful and multiple Oscar-nominated comedy (including Best Picture) The Full Monty (1997). That same year, he was featured in Gillian Armstrong's Oscar and Lucinda (1997), and as the rabidly unpleasant father of Lord Alfred Douglas, Oscar Wilde's young lover in Wilde (1997). Wilkinson was also shown to memorable effect as a theatre financier with acting aspirations in the multiple Oscar-winning (including Best Picture) Shakespeare in Love (1998); also in 1998, he acted in one of his few leading roles in The Governess (1998), portraying a 19th century photographer with an eye for the film's title character (Minnie Driver). Over the next few years, Tom would become more popular, especially with American audiences, with such roles as General Cornwallis alongside Mel Gibson in the blockbuster The Patriot (2000) and as the grief-stricken father, Matt Fowler, in the critically acclaimed and multiple Oscar-nominated (including Best Picture) In the Bedroom (2001). One of those nominations was Best Actor in a Leading Role for Tom (his first Oscar nomination).

Graduated from the University of Kent at Canterbury with a degree in English and American Literature. Was awarded an Honorary Doctor of Letters degree by the University in 2001.

He has performed at the Oxford Playhouse, the Royal Shakespeare Company, the National Theatre and on the stage at London's West End.

He was awarded the 1986 London Critics Circle Theatre Award (Drama Theatre Award) for Best Supporting Actor for his performance in Ghosts.

He was awarded the 1988 London Critics Circle Theatre Award (Drama Theatre Award) for Best Actor for his performance in An Enemy of the People.

Became an Associate Member of RADA.

Was offered a role in the Lord of the Rings trilogy, but didn't like the prospect of a year long production keeping him away from his family.

He was awarded the O.B.E. (Officer of the order of the British Empire) in the 2005 Queen's New Years Honours List for his services to Drama.

Has played both a villain and hero of the American Revolution; Gen. Lord Charles Cornwallis in the Patriot and Ben Franklin in John Adams.

Is the only actor nominated for two Golden Globes on the same year for portraying two American politicians: Benjamin Franklin ("John Adams", 2008) and James Baker ("Recount", 2008), winning for "John Adams". Both of these miniseries/television movie were produced by HBO.

There are no acting challenges in a good script, only in a bad script.

All good actors are easy to work with. It's the ones that aren't very good who tend to be very difficult.

[on deciding which roles to take]: "You just follow your nose. You ask those simple really instinctive questions like you know: Can I shine in this role?, Can I do this role better than anybody in the world?, Is there something in it that I recognize?... Its really not to do with the money, or the director, or the other members of the cast. The first simple thing is: Am I going to enjoy playing this character?... Its a purely instinctive decision."

Magdalena added this to a list 1 year, 8 months ago
Actors (older) (814 person items)

Usurping_Python added this to a list 1 year, 11 months ago

darthjoker12 added this to a list 2 years, 2 months ago

Exclusive added this to a list 2 years, 9 months ago
My Favorite Actors: Tom Wilkinson (24 movies items)

Exclusive voted for an image 2 years, 9 months ago

yreesesfreak added this to a list 4 years, 11 months ago
An Abundance of Toms (11 person items)