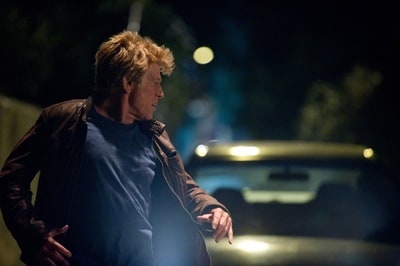 What was it about?
A former Weather Underground activist goes on the run from a journalist who has discovered his identity.

My two cents:
To have such a star-studded cast was pretty neat but, to be honest, it was also a distraction since most of them just popped up for a couple of scenes and, as a result, their characters were reduced to some stereotypes. Furthermore, the plot didn't work very well. I mean, we were supposed to believe that all those (very) old political activists had become some very skilled spies with the same abilities to disappear like good old Jason Bourne. I mean, everything wen so fast, I didn't really have the time to check the details but not all of it made sense or was really believable. Still, somehow, I enjoyed the damned thing. Indeed, Robert Redford is still mighty charismatic like hell (even though at around 75 years old, he shouldn't try to run around like Jason Statham) and I did like the idea of reflecting back to the 70's when there was some kind of revolution going on and allowing us to think about where do we stand after all these years. 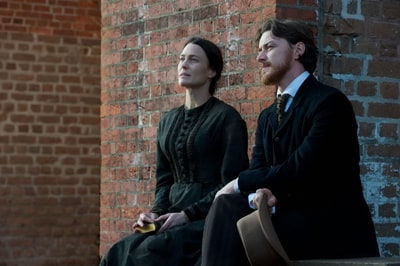 What was it about?
Mary Surratt is the lone female charged as a co-conspirator in the assassination trial of Abraham Lincoln. As the whole nation turns against her, she is forced to rely on her reluctant lawyer to uncover the truth and save her life.

My two cents:
Unfortunately, the damned thing didn’t really blow me away though. I mean, the directing was solid and the cast was really impressive but I had a hard time to care about the whole story. I mean, it was mildly interesting but far from being spellbinding in my opinion. Of course, it is pretty obvious that the poor woman didn’t deserve to die but, come on, this country was at war and some pretty despicable sh*t happened back then. The whole point of this movie is that the constitution should be respected regardless if there is peace or war. Sorry, I don’t mean to be mean or anything but that’s extremely naive in my opinion. Indeed, any country in times of war or any major crisis will disregard many laws, constitution, bills of right or whatever. That’s how the world goes, I’m afraid. So, I had a hard time to care about this woman’s fate (without mentioning how many times a black man was judged and consequently hung without a fair trial). Still, in spite of its flaws, it remains a well made historical drama with a very strong cast. 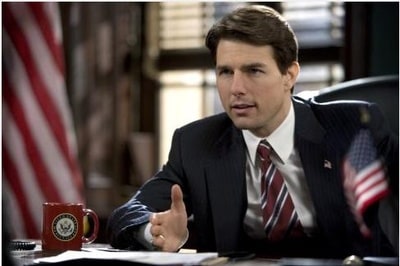 What was it about?
Injuries sustained by two Army rangers behind enemy lines in Afghanistan set off a sequence of events involving a congressman, a journalist and a professor.

My two cents:
I have noticed that this movie has a rather lousy reputation but I thought it was actually pretty good. First of all, this flick was dealing with politics which is always a fascinating subject. Of course, this movie had many flaws and it was not a masterpiece but, in my opinion, the subject was rather well developped. Basically, they gave us 3 different points of view about the war. There was one storyline involving the soldiers which was decent but nothing really ground-breaking, another one involving a college professor played by Robert Redford and a student played by Andrew Garfiled which was probably the weakest segment. Eventually, the best part was the impressive confrontation between Meryl Streep and Tom Cruise. Indeed, to see those two thespians facing one another was really something, their dialogues and performances were really good and only for this, it is actually worth watching the damned thing in my opinion. 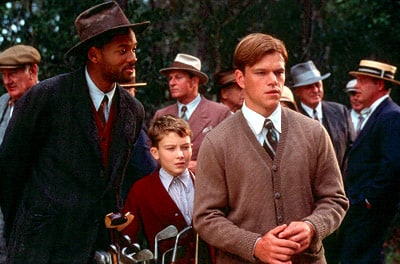 What was it about?
A down-and-out golfer attempts to recover his game and his life with help from a mystical caddy.

My two cents:
Can you imagine a movie released nowadays starring Matt Damon, Will Smith and Charlize Theron? I bet there would be some buzz about it. Well, it actually already happened almost 20 years ago but, at the time, nobody seemed to care, it was barely seen at the time and, for Will Smith who was becoming the biggest star at the box-office at the time, it was his first commercial failure. Personally, since I always had a weak spot for Robert Redford’s work as a director, I was quite eager to check it out. Eventually, I thought it was a decent watch but the mix of a straightforward golf story with some fantasy elements never really worked in my opinion. In fact, many thought that the whole Bagger Vance character was a big stereotype and this gimmick was even considered rather racially insensitive. Personally, this character didn’t bother me above all because Will Smith gave a decent performance and I think it was nice that he was trying something else than his usual blockbusters. 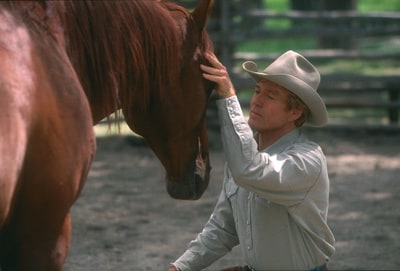 What was it about?
The mother of a severely traumatized daughter enlists the aid of a unique horse trainer to help the girl's equally injured horse.

My two cents:
I have to admit it, it is not really the kind of stories that would at first really attract me but since it was directed by Robert Redford, I was quite eager to check it out. For the very first time, Robert Redford directed and appeared on screen which made the whole thing even more intriguing to me. Eventually, it turned out to be pretty successful at the box-office and it was probably the most popular movie he has directed so far. Well, personally, I actually ended up with some mixed feelings about the damned thing. I mean, on one hand, there was a very strong cast involved and Redford definitely managed to create a really nice mood. However, on the other hand, I’m not sure if I really cared about this story. Sure, it was fairly entertaining but it was obviously really romanticized and borderline cheesy. It is still a decent watch though. 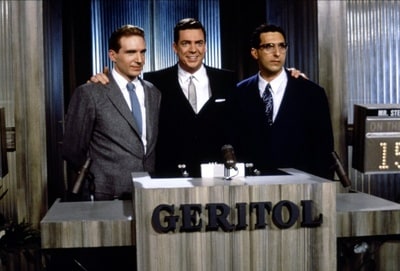 What was it about?
A young lawyer, Richard Goodwin, investigates a potentially fixed game show. Charles Van Doren, a big time show winner, is under Goodwin's investigation.

My two cents:
Even though Robert Redford never managed to become a major director, I always had a weak spot for this work and I think this flick was probably the best one he directed. Indeed, I thought it was a very subtle and intriguing study about the impact of television, already 60 years ago. Eventually, it shows that television can be entertaining but also terribly manipulative and it is something that has never changed. Back in those days, Ralph Fiennes just had his breakthrough with ‘Schindler's List’ and, here, he once again delivered a solid performance. Fiennes would eventually become one of the best actors of his generation. Eventually, even though this movie is nowadays pretty much forgotten, I think it is seriously underrated as it was a rather fascinating feature and it is definitely worth a look. 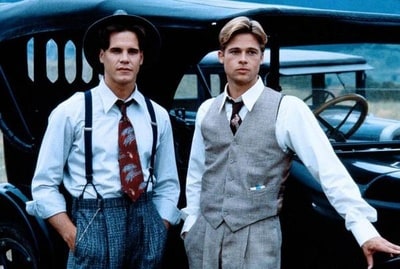 What was it about?
The story about two sons of a stern minister -- one reserved, one rebellious -- growing up in rural Montana while devoted to fly fishing.

My two cents:
First of all, it must be one of the best titles ever conceived. Aside from that, it is actually a solid feature which has been completely forgotten since its release. It is mostly remembered as one of the first movies made by Brad Pitt after he finally got his breakthrough with ‘Thelma & Louise’. Eventually, 2 years later, Pitt would show up in in the rather similar ‘Legends of the Fall’ but, even though this movie was a box-office success, this forgotten gem was actually miles better in my opinion. Indeed, there was a nice mood, the whole thing looked quite gorgeous and Brad Pitt delivered the first really solid performance of his career. And, indeed, pretty much like ‘Legends of the Fall’, the whole thing was probably slightly too romantic but the big difference is that it wasn’t a rather shallow chick flick but a really decent story with some interesting characters. Eventually, even though it was nothing really ground-breaking or original, I actually really have a weak spot for the damned thing. 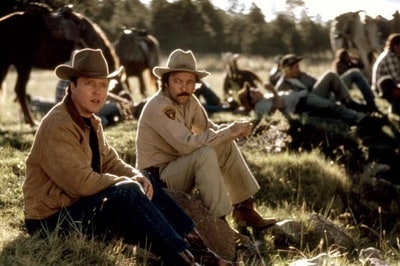 What was it about?
In Milagro, a small town in the American Southwest, Ladd Devine plans to build a major new resort development. While activist Ruby Archuleta and lawyer/newspaper editor Charlie Bloom realize that this will result in the eventual displacement of the local Hispanic farmers, they cannot arouse much opposition because of the short term opportunities offered by construction jobs. But when Joe Mondragon illegally diverts water to irrigate his bean field, the local people support him because of their resentment of water use laws that favor the rich like Devine.

My two cents:
It must be one of Redford's most obscure flicks and it is rather surprising that he waited 8 long years to bring a follow up to his directing début, ‘Ordinary People’, at the time a big critical success which even won the Best Picture Academy Award. On top of that, he took the risk to make it without some big stars involved, except for Melanie Griffith and Christopher Walken but they both had some rather small roles. Eventually, it is a rather odd picture and there was definitely some potential but, at the end of the day, the tone was just off. Maybe it was just too light, too whimsical for me but it definitely didn’t match well with the real economic and social difficulties displayed. It is not that the whole thing was a failure, indeed, Robert Redford managed to give a very touching glimpse of this colorful community but they probably deserved a better plot. 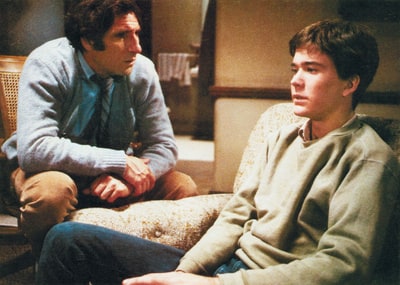 What was it about?
The accidental death of the older son of an affluent family deeply strains the relationships among the bitter mother, the good-natured father, and the guilt-ridden younger son.

My two cents:
To be honest, it is rather difficult to judge this movie. Indeed, back in those days, the best movie released at that time was obviously ‘Raging Bull’ so the fact that this movie eventually won the Best Picture Academy Award was always quite controversial. And, yet, I still think it is actually a really good drama though. Indeed, for various reasons, I always thought that psychology is a rather fascinating subject but not only you don’t get many movies dealing with this topic but most of them give a rather unrealistic and colorful image of such patients (see for example ‘One Flew Over the Cuckoo's Nest’ or ‘Girl, Interrupted’). Well, this movie gave one of the most convincing and compelling depictions of depression that I have ever seen. Indeed, the directing was solid without being too flashy and there was a really good cast. At the time, it launched the career of Timothy Hutton who became one of the youngest winners of an Academy Award ever but this guy never really fulfilled those great expectations. Anyway, even though the damned thing seemed to be rather forgotten nowadays, it is actually a really good movie.

Since I have finally managed to watch all the movies directed by Robert Redford, I thought I should make one of these lists for this guy as well. 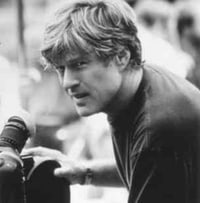 A Star Has Risen: Tom Holland by yreesesfreak

THE BEST FEMALE TOP MODELS OF ALL TIMES by Pajenriq Pajenriq

A Complete Review of the Farrelly Brothers' work by johanlefourbe

A Complete Review of Antoine Fuqua's work by johanlefourbe