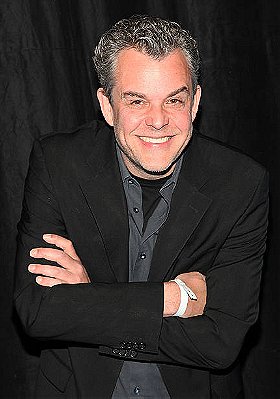 4 votes
Actors Who've Made the Most Appearances for Yeah I (147 items)
list by Leo
Published 9 years, 10 months ago

Soon after that breakthrough, Huston worked on the Martin Scorsese project The Aviator alongside Leonardo DiCaprio and Alec Baldwin, for which the ensemble cast was nominated for a 2004 Screen Actors Guild Award. Huston starred in the film Birth opposite Nicole Kidman, directed by Jonathan Glazer, and appeared in 21 Grams, Alejandro Inarritu's third feature-length film. Huston then led the ensemble cast of John Sayles' political drama Silver City opposite Chris Cooper and Maria Bello.

Huston starred in the critically acclaimed Australian western The Proposition, which premiered at the 2006 Sundance Film Festival. Also released in 2006 was the Fernando Meirelles project The Constant Gardener, for which Huston received the Golden Satellite Award for best supporting actor for his portrayal of Sandy Woodrow. He also appeared in Sofia Coppola's Marie Antoinette and Joel Schumacher's The Number 23.

Recent releases include: the British independent features Alpha Male, Fade to Black (in which Huston played Orson Welles), the Alfonzo Cuaron drama Children of Men, the Peter Berg feature The Kingdom, the thriller 30 Days of Night, the HBO award winning miniseries John Adams, in which Huston portrayed Samuel Adams, and How to Lose Friends and Alienate People. Upcoming is the romantic comedy Boogie Woogie, The Laundry Warrior, and Edge of Darkness, starring Mel Gibson.

Huston has collaborated several times with directors Mike Figgis and Bernard Rose, most recently with Rose on the forthcoming The Kreutzer Sonata in which he stars opposite Elisabeth Rohm. The film premiered at the 2008 Edinburgh International Film Festival.

Nikki added this to a list 5 years, 6 months ago