Boasting the earliest birth date of anyone on this list (1888), Edith Evans made her film debut in 1915 and didn’t have a single screen credit from 1917-1948 Unlike the other actors on this list who veered away from film acting only when work dried up, Evans preferred the stage where she made a name for herself producing as well as acting. However, as her memory dimmed with age and live performance became too demanding, she was forced to transition to cinema in the 1960’s. With her role of Miss Western in the Oscar-winning film Tom Jones, Evans became one of cinema’s oldest break-out stars. Her performance in Whispers (1967) is equally as good. 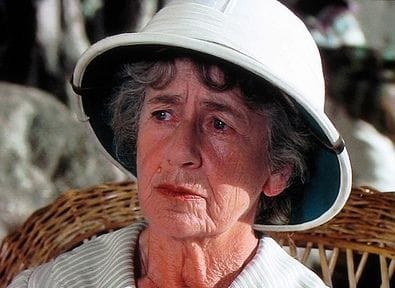 When novelist E.M. Forster consulted on the screenplay for the movie version of his 1924 novel, he suggested acclaimed stage and film actress Peggy Ashcroft for the part of Mrs. Moore. Ashcroft was reluctant to take the part of because of the strenuous shooting schedule in India, but director David Lean (Lawrence of Arabia) and co-star Alec Guinness wouldn’t take no for an answer. The decision paid off well as Ashcroft won an Oscar for Best Supporting Actress for the adventurous, liberal-minded mother of a stuffy colonial magistrate who wins the audience over in her desire to break down barriers in search of “seeing the real India.” 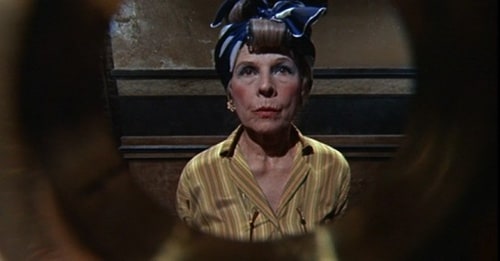 At the age of 72 years old, Ruth Gordon’s Oscar win marked the culmination of a film career that begin in 1915 in New Jersey (where the film industry began before transitioning over to Hollywood) and included a hiatus of 15 years away from the screen where she distinguished herself as a stage actor in London. In Rosemary’s Baby, Gordon literally plays he neighbor from hell in Roman Polanski’s transcendent horror film. In its original review, Time Magazine writes “The film’s most memorable performance, though, is turned in by Veteran Ruth Gordon as the coarse and cozily evil Minnie Castevet—sniffing for information like a questing rodent, forcing Rosemary to drink her satanic tonics of herbs.” Gordon followed Rosemary’s Baby by playing one of the title characters in Harold and Maude and playing Clint Eastwood’s mom in Every Which Way But Loose. 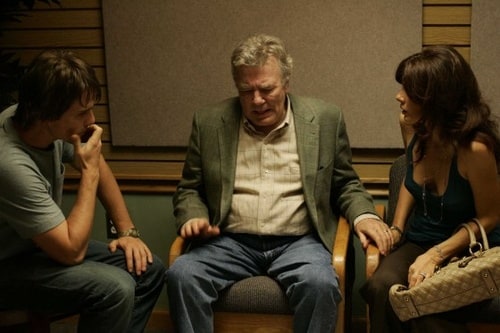 Possibly because he’s the last great actor of his generation without an Oscar and he’s trying so hard, Finney has been earning rave reviews in his golden years for Erin Brockovich, Big Fish and Before the Devil Knows You’re Dead. In Before the Devil Knows You’re Dead, Finney plays a victim of a botched get-rich scheme and disappointed parent when his two sons conspire to collect insurance money by robbing his jewelry store. The film is a dark comedy which is a very difficult genre to play and Finney plays the family patriarch without a hint of irony. Before the Devil Knows You’re Dead also was another milestone for geezers in cinema as it marked 50 years of filmmaking for 82-year old director Sidney Lumet (who died just this past month) whose film debut, 12 Angry Men, was in 1957. 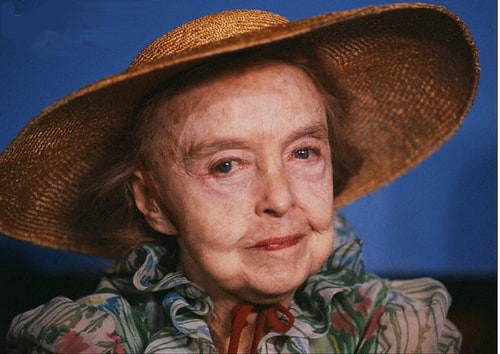 When we say that a star is timeless or as old as the movies themselves, it’s usually an exaggeration. In the case of Lillian Gish, it’s literally true. As the star of the first full-length motion picture Birth of a Nation (1915), Lillian Gish was pretty much there at the start of moviedom as we know it. While many actresses of the silent era were unable to transition into sound movies, Gish sporadically won roles in hit movies such as Duel in the Sun and Night of the Hunter. Her very last performance also paired her with another great aging screen icon, Bette Davis, in an adaptation of a play that must have been one of the few wide-release films in which both the leads were 80 or older. Entertainment Weekly named this role one of her best performances writing, “She’s both youthful and wise in her final film, a wistful valedictory to a number of Hollywood generations.” 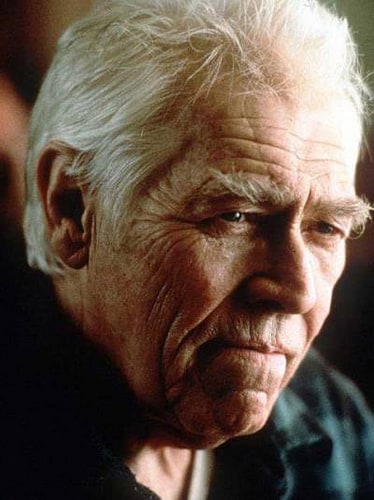 The actor who originated James Bond, Sean Connery, won an Oscar well after his Bond days ended, so it was fitting that Bond´s imposter, Derek Flint, also got to win an Oscar later in life. Coburn, the lanky character actor with a smile that could light up a room was most famous for The Great Escape, The Magnificent Seven, and the Bond parody Our Man Flint in which he played title character Derek Flint. In the late 70´s, Coburn was diagnosed with rheumatoid arthritis that hampered his health and career. Through a variety of treatments and perseverance, Coburn was able to act again in occasional roles in the early 90’s, but he never expected to be nominated for and win an Oscar, which he did for playing the father of an alcoholic in Affliction. Upon accepting the award, Coburn said thatsome films you make for love and some for money, and Affliction was a work of love. He also made the most of his career boost by appearing in 14 films over the next 4 years before dying of a heart attack in 2002. 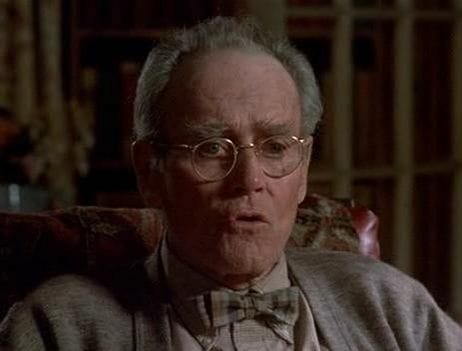 When Henry’s daughter Jane was onstage accepting her first Oscar for Klute in 1972, she felt funny because her dad had never won the award. She was able to remedy the situation years later when she bought the rights to the play “On Golden Pond” and produced a film adaptation with her dad in the lead. At the time, Fonda had already been collecting lifetime achievement awards from the Accademia del Cinema Italiano (Special David, 1973), American Film Institute (1978), Hollywood Foreign Press (1980) and, most importantly, the Honorary Oscar in 1981. The Honorary Oscar, often reserved for people at the end of their careers, was ill-timed because within a year Fonda would be competing the following year, but he won both awards. Fonda was too ill to accept the award so his daughter accepted it for him and delivered it to him in a heavily photographed moment. He died four months later.

Although he was always a competent director, Clint Eastwood really surprised Hollywood when he turned 70 by turning out a body of work that could rival any other director during that time. Gran Torino didn’t receive the attention of Mystic River or Million Dollar Baby but of the few people who have seen the film, many consider the sweeping exploration of culture clash and urban decay a masterpiece. Eastwood’s performance, in particular, packs so much resolve, grit and firepower into the role that it’s almost as if his frail body has disappeared and you’re watching Dirty Harry all over again. A jack of all trades, Eastwood wrote the score himself in addition to directing and while he didn’t get a directing or acting nomination for the film, he received Golden Globe nominations for best score and best original song. 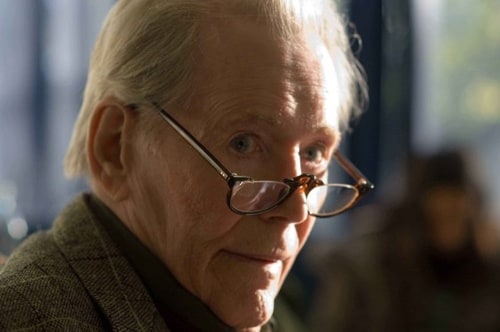 O’Toole will always be remembered as the unlucky bloke who lost the Oscar as the title character in Lawrence of Arabia. It only stung more that Premeire Magazine ranked that performance #1 of all time. O’Toole went onto become one of the most nominated actors for Oscar . He lost in 7 subsequent nominations but won an honorary award in 2003. His last nomination was for a gem of a movie that offered the kind of role that septuagenarian actors rarely see in scripts. O’Toole plays an aging stage actor who develops a platonic attraction for his friend’s teenage niece and comes to terms with his life’s disappointments through her. When O’Toole’s character mourns his acting career because he’s been relegated to playing granddads, it’s a fitting piece of meta-commentary for all the actors on this list. 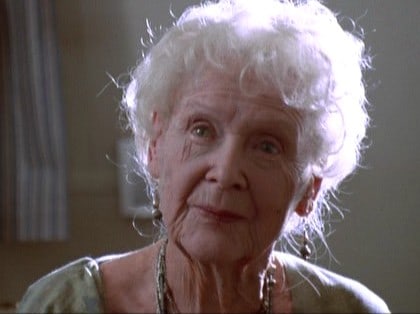 Kate Winslet might have been the budding star that led Titanic to box office glory, but as the elderly version of Rose DeCatur, Stuart’s scenes serve as the framing device and the emotional baseline for the story. For her work, Stuart got an Oscar nomination and set a record as the oldest nominee in Oscar history. Her nomination is even more impressive considering she quit acting entirely in the 1940’s after she found herself underutilized within her studio contracts and remained away from the business for 30 years. Stuart, who began her career in 1932, is also one of the founding members of the Screen Actor’s Guild.

Here is a list of 10 great performances achieved by actors and actresses who were 70 years of age or older when their film was released.
Source

Most Mentioned Actresses by ccc25

Top 10 Female Celebrities Who Shaved Their Heads by мя.ЂeLweNdeR

If Celebrities Were Midgets by мя.ЂeLweNdeR

42 Dolled Up Celebrity Pictures by мя.ЂeLweNdeR