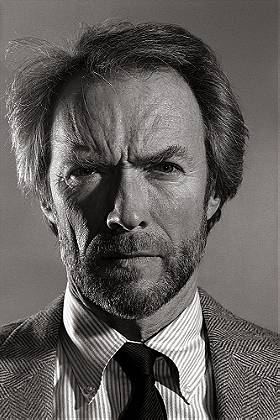 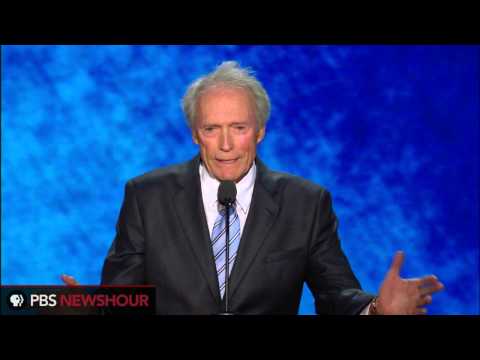 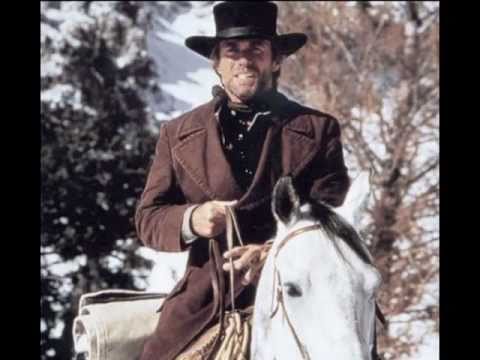 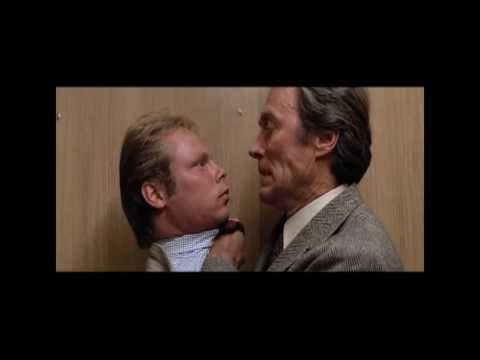 Upon his return to the U.S., Eastwood set up his own production company, Malpaso, which had a hit right out of the box with the revenge Western Hang 'Em High (1968). He expanded his relatively limited acting range in a succession of roles -- most notably with the hit Dirty Harry (1971) -- during the late '60s and early '70s, and directed several of his most popular movies, including 1971's Play Misty for Me (a forerunner to Fatal Attraction), High Plains Drifter (1973, which took as its inspiration the tragic NYC murder of Kitty Genovese), and The Outlaw Josey Wales (1976). Though Eastwood became known for his violent roles, the gentler side of his persona came through in pictures such as Bronco Billy (1980), a romantic comedy that he directed and starred in.

As a filmmaker, Eastwood learned his lessons from the best of his previous directors, Don Siegel and Sergio Leone, who knew just when to add some stylistic or visual flourish to an otherwise straightforward scene, and also understood the effect of small nuances on the big screen. Their approaches perfectly suited Eastwood's restrained acting style, and he integrated them into his filmmaking technique with startling results, culminating in 1993 with his Best Director Oscar for Unforgiven (1992). Also in 1993, Eastwood had another hit on his hands with In the Line of Fire. In 1995, he scored yet again with his film adaptation of the best-selling novel The Bridges of Madison County, in which he starred opposite Meryl Streep; in addition to serving as one of the film's stars, he also acted as its director and producer.

Aside from producing the critical and financial misstep The Stars Fell on Henrietta in 1995, Eastwood has proven to be largely successful in his subsequent efforts. In 1997, he produced and directed the film adaptation of John Berendt's tale of Southern murder and mayhem, Midnight in the Garden of Good and Evil, and he followed that as the director, producer, and star of the same year's Absolute Power, 1999's True Crime, and 2000's Space Cowboys. With Eastwood's next movie, Blood Work (2002), many fans pondered whether the longtime actor/director still had what it took to craft a compelling film. Though some saw the mystery thriller as a fair notch in Eastwood's belt, many complained that the film was simply too routine, and the elegiac movie quickly faded at the box office.

If any had voiced doubt as to Eastwood's abilities as a filmmaker in the wake of Blood Work, they were in for quite a surprise when his adaptation of the popular novel Mystic River hit screens in late 2003. Featuring a stellar cast that included Sean Penn, Tim Robbins, and Kevin Bacon, Mystic River was a film that many critics and audiences cited as one of the director's finest. A downbeat meditation on violence and the nature of revenge, the film benefited not only from Eastwood's assured eye as a director, but also from a screenplay (by Brian Helgeland) that remained fairly faithful to Dennis Lehane's novel and from severely affecting performances by its three stars -- two of whom (Penn and Robbins) took home Oscars for their efforts.

With Eastwood's reputation as a quality director now cemented well in place thanks to Mystic River's success, his remarkable ability to craft a compelling film was nearly beginning to eclipse his legendary status as an actor in the eyes of many. Indeed, few modern directors could exercise the efficiency and restraint that have highlighted Eastwood's career behind the camera, as so beautifully demonstrated in his 2004 follow-up, Million Dollar Baby. It would have been easy to layer the affecting tale of a young female boxer's rise from obscurity with the kind of pseudo-sentimental slop that seems to define such underdog-themed films, but it was precisely his refusal to do so that ultimately found the film taking home four of the six Oscars for which it was nominated at the 77th Annual Academy Awards -- including Best Director and Best Picture.

Eastwood subsequently helmed two interrelated 2006 features that told the story of the Battle of Iwo Jima from different angles. The English-language Flags of Our Fathers relayed the incident from the American end, while the Japanese-language Letters from Iwo Jima conveyed the event from a Japanese angle. Both films opened to strong reviews and were lauded with numerous critics and industry awards, with Letters capturing the Golden Globe for Best Foreign Language film before being nominated for a Best Picture Academy Award. Nowhere near slowing down, Eastwood would direct and star in the critically acclaimed Gran Torino, as well as helming critical favorites like Invictus, the Changeling, Hereafter, and J. Edgar, racking up numerous awards and nominations. In 2014, he helmed the film adaptation of the Broadway musical Jersey Boys, to mixed reviews, and the biographical adaptation American Sniper.

A prolific jazz pianist who occasionally shows up to play piano at his Carmel, CA restaurant, The Hog's Breath Inn, Eastwood has also contributed songs and scores to several of his films, including The Bridges of Madison County and Mystic River. Many saw his critically championed 1988 film Bird, starring Forest Whitaker (on the life of Charlie "Bird" Parker), as the direct product of this interest. Eastwood also served as the mayor of Carmel, CA, from 1986 until 1988.

Got breakthrough role as Rowdy Yates on Rawhide while visiting a friend on the CBS studio lot. An executive spotted him, thought he looked like a cowboy and asked him to audition.
In 1963, recorded an album called Rawhide's Clint Eastwood Sings Cowboy Favorites.
Wore the same poncho—and never washed it—-through the filming of A Fistful of Dollars, For a Few Dollars More, and The Good, the Bad and the Ugly, the three "Man With No Name" spaghetti westerns.
Was set to play the villain Two-Face in the 1960s Batman series, but the show was canceled before filming began.
Took title role of Harry Callahan in Dirty Harry (1971) after Frank Sinatra dropped out.
At age 74, was the oldest person ever to be honored with a Best Director Oscar for Million Dollar Baby (2004).
Daughter Francesca was named Miss Golden Globe 2013.
At age 84, became the oldest nominee for a Best Director Oscar for American Sniper (2014).

2. For a Few Dollars More

5. A Fistful of Dollars
View all Clint Eastwood movies (80 more)

1. IMDb on the Scene - Interviews

3. My Next Guest Needs No Introduction with David Letterman (2018)

" Mike Milo - Cry Macho "This macho thing is overrated. Just people trying to show that they've got grit. That's about all they end up with. It's like anything else in life: you think you got all the answers, then you realize, as you get older, you don't have any of them." "

Leo added this to a list 5 days, 13 hours ago
Actors with Most Oscar Nominations But Zero Wins (142 person items)

Nusch voted for an image 2 weeks, 5 days ago

États-Unis voted for an image 1 month, 1 week ago

amongus added this to a list 1 month, 1 week ago
Directores/Escritores/Dibujantes (48 person items)

metalwebhead62 added this to a list 1 month, 3 weeks ago

UNICEF URGENCE voted for an image 5 months, 2 weeks ago

FBI POLICE voted for an image 5 months, 3 weeks ago

Agirl voted for an image 8 months, 1 week ago

Voyage en Italie voted for an image 8 months, 1 week ago

samira voted for an image 9 months, 3 weeks ago

Alix added this to a list 9 months, 3 weeks ago

madreporter voted for 11 images [View All] 1 year, 4 months ago

GigaBeer added this to a list 1 year, 5 months ago
Directors Directing (52 person items)