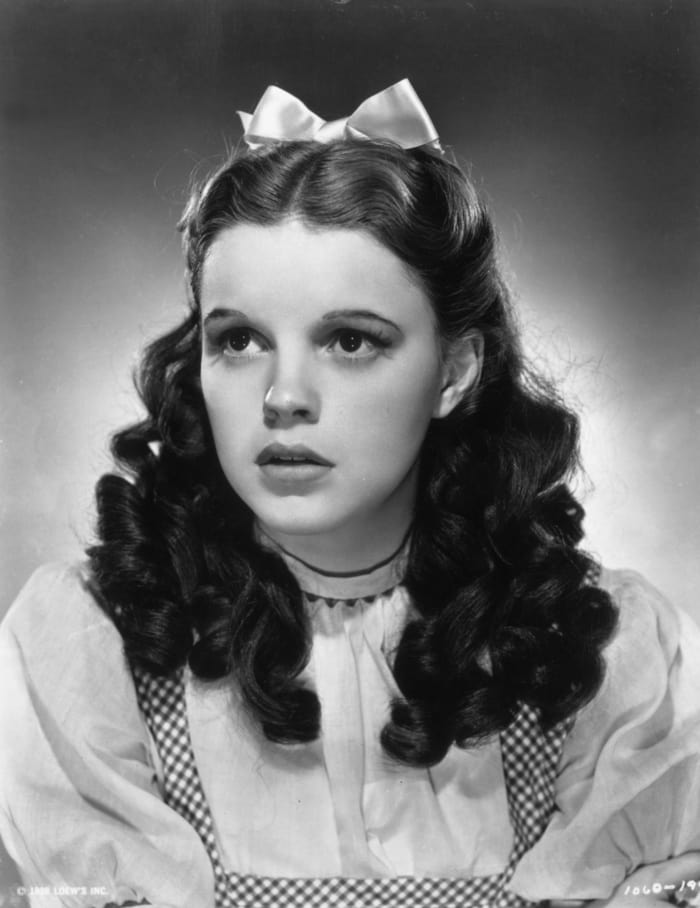 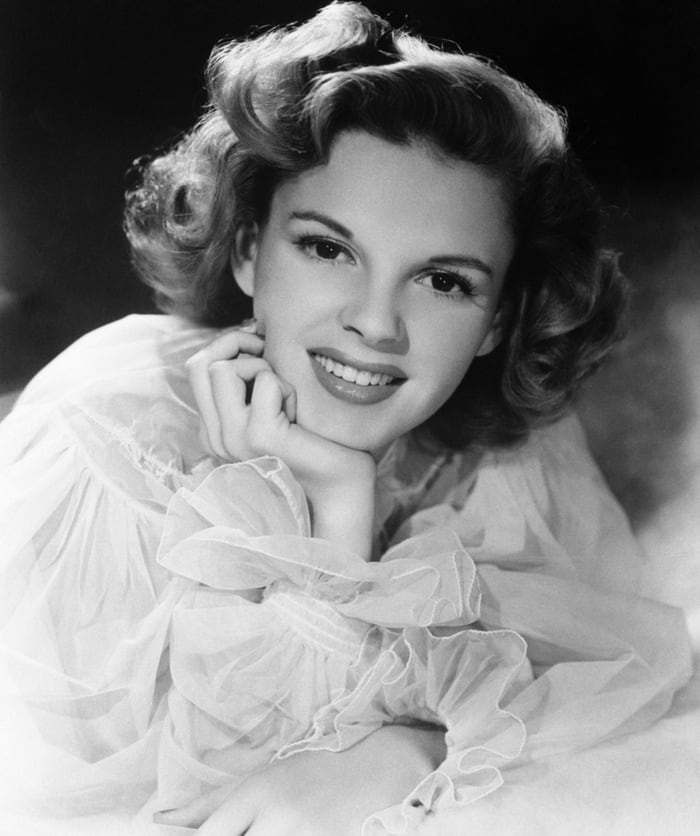 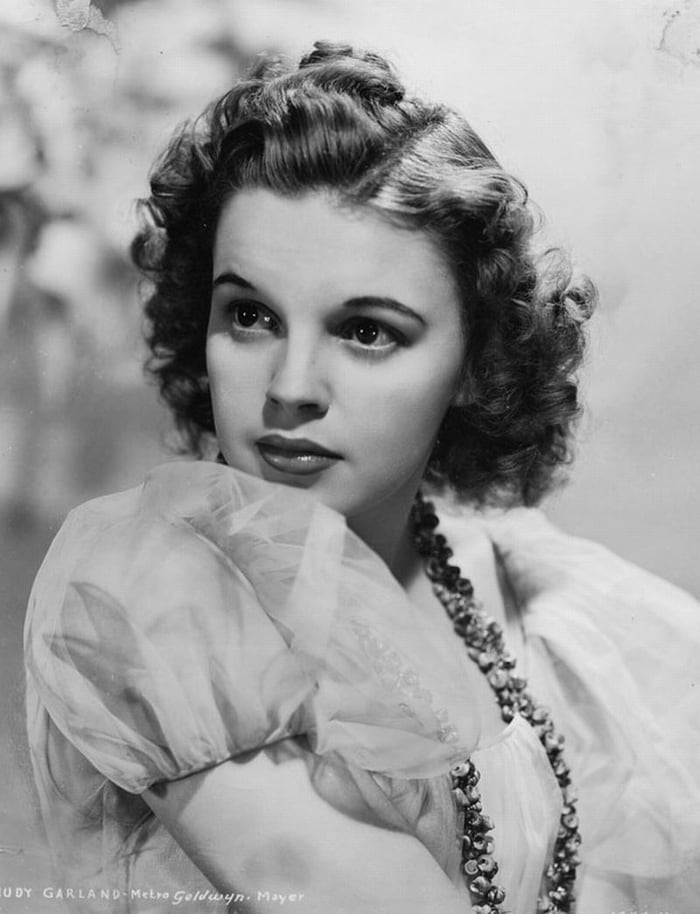 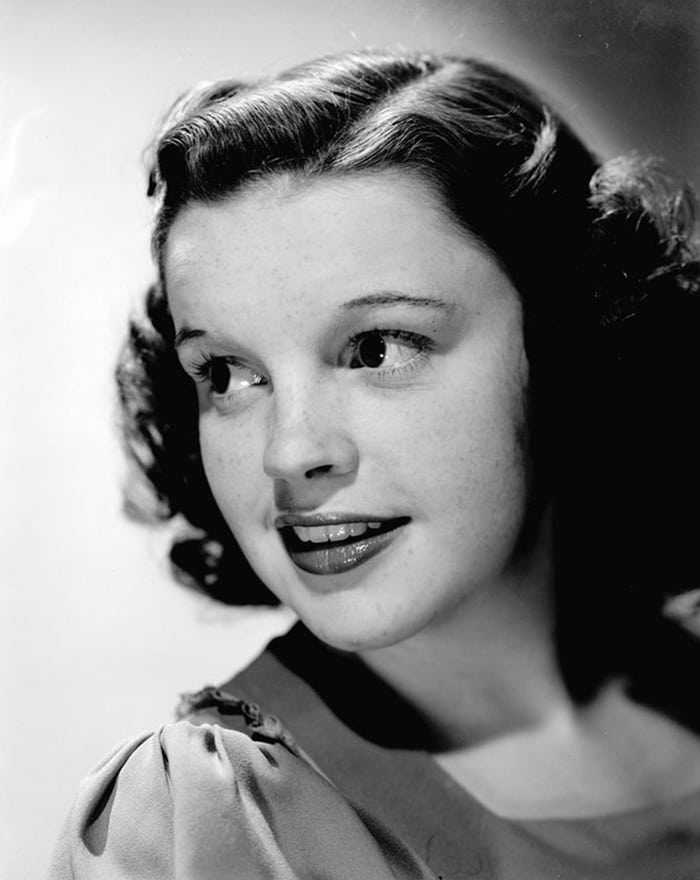 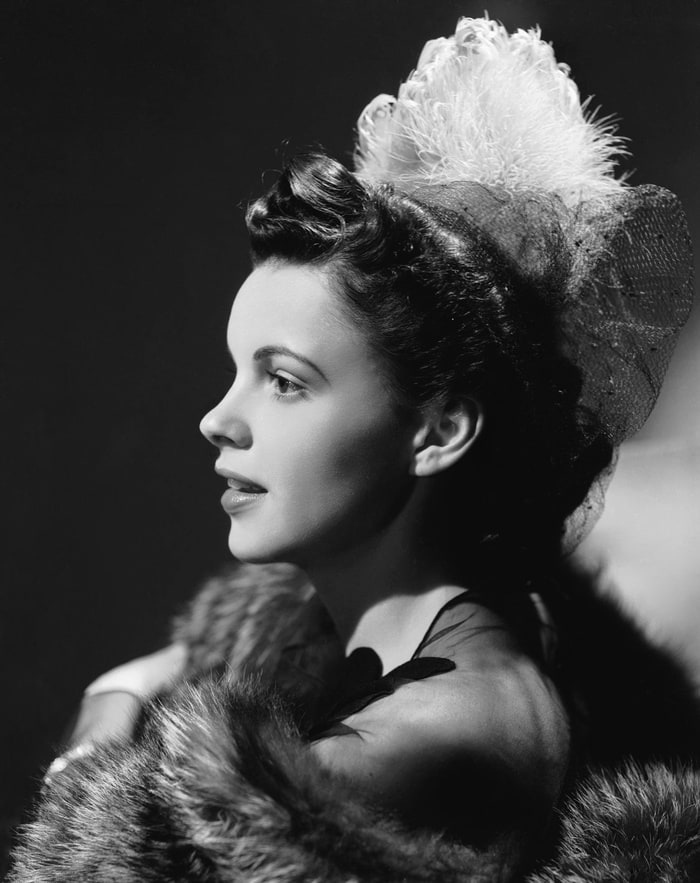 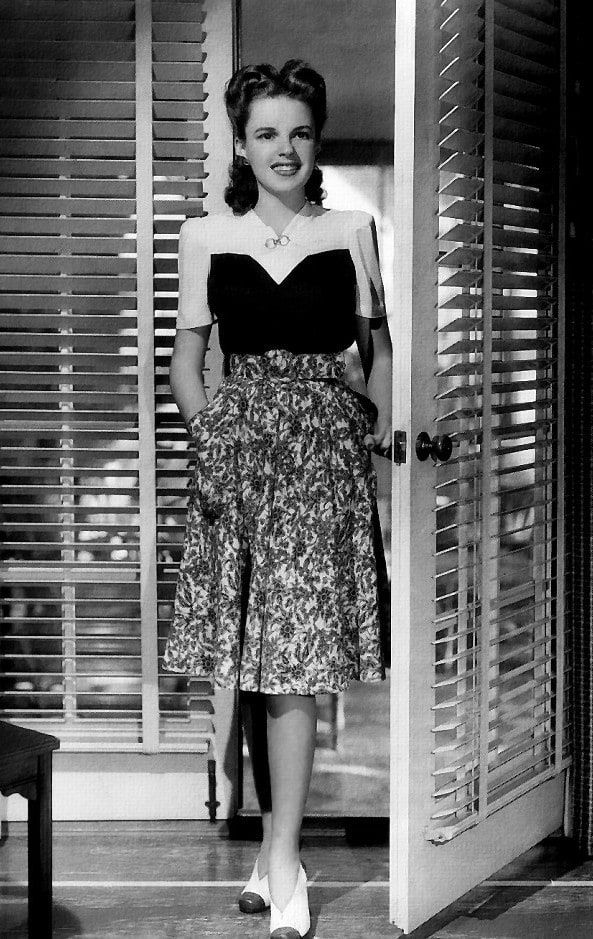 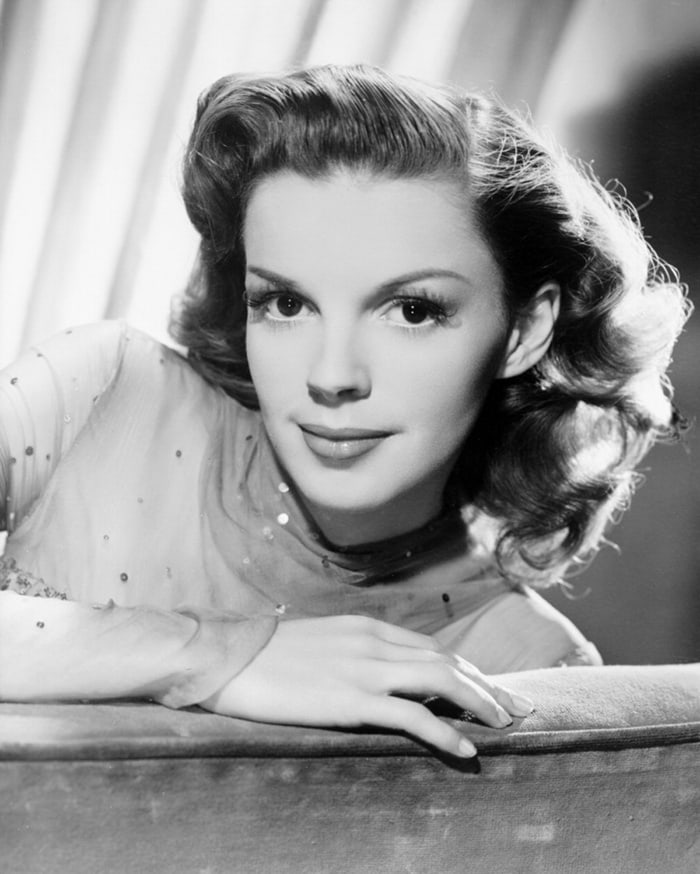 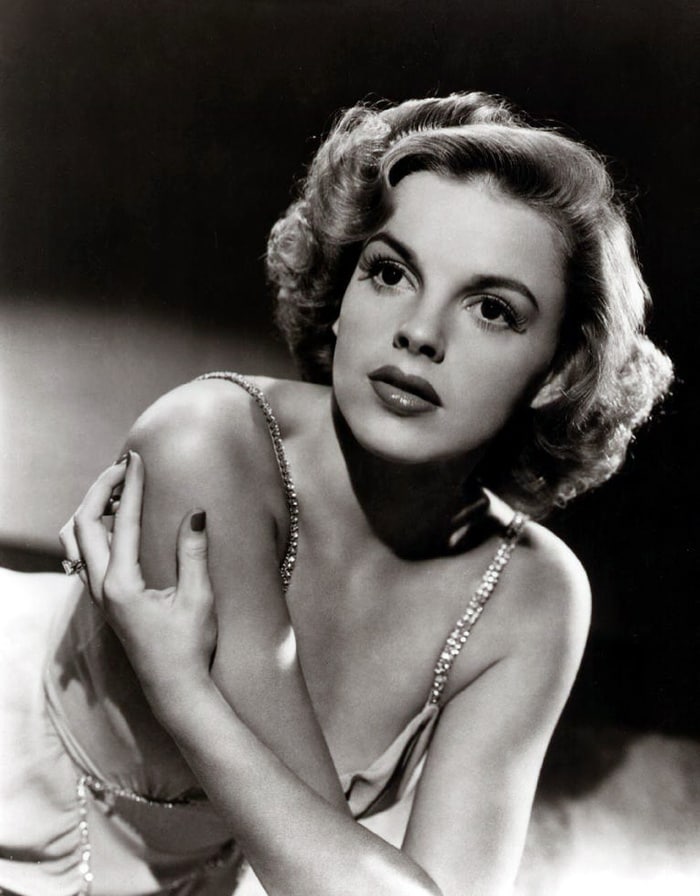 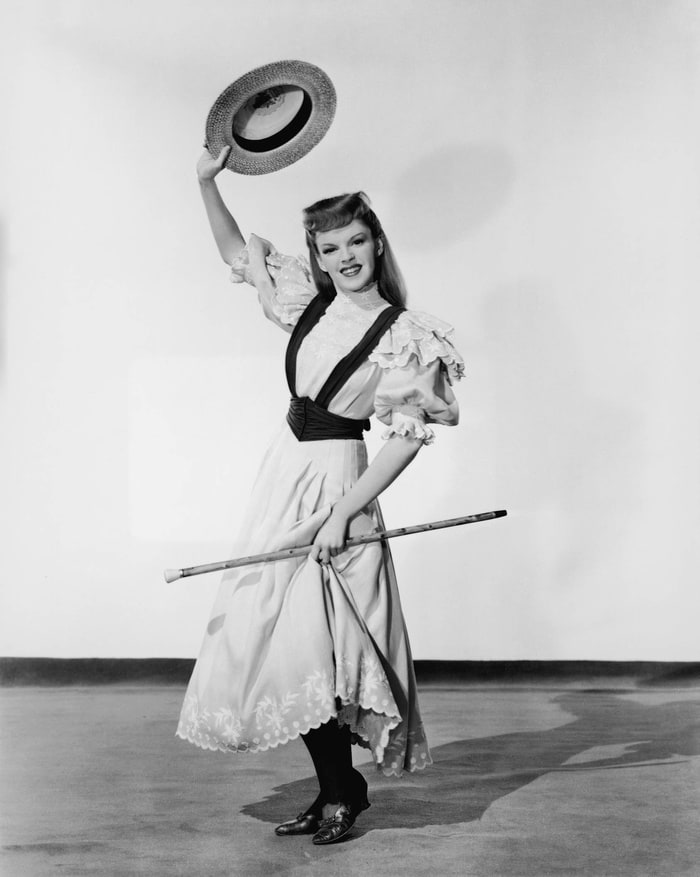 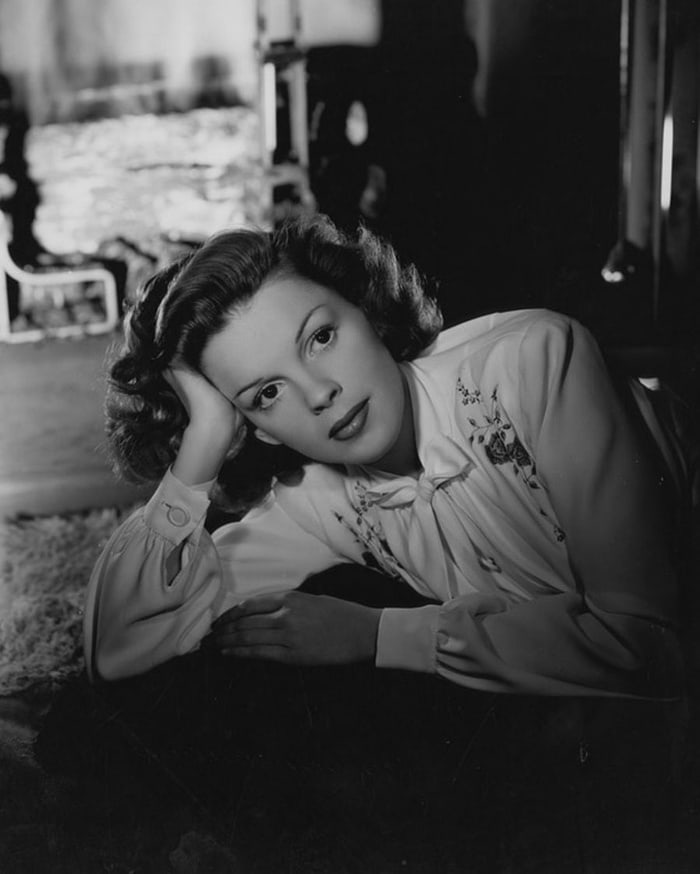 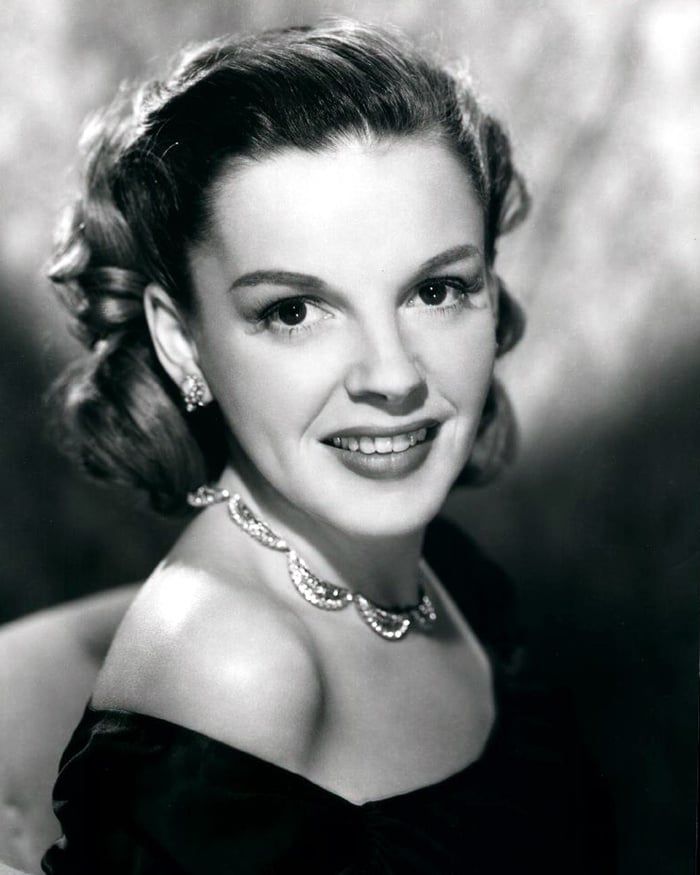 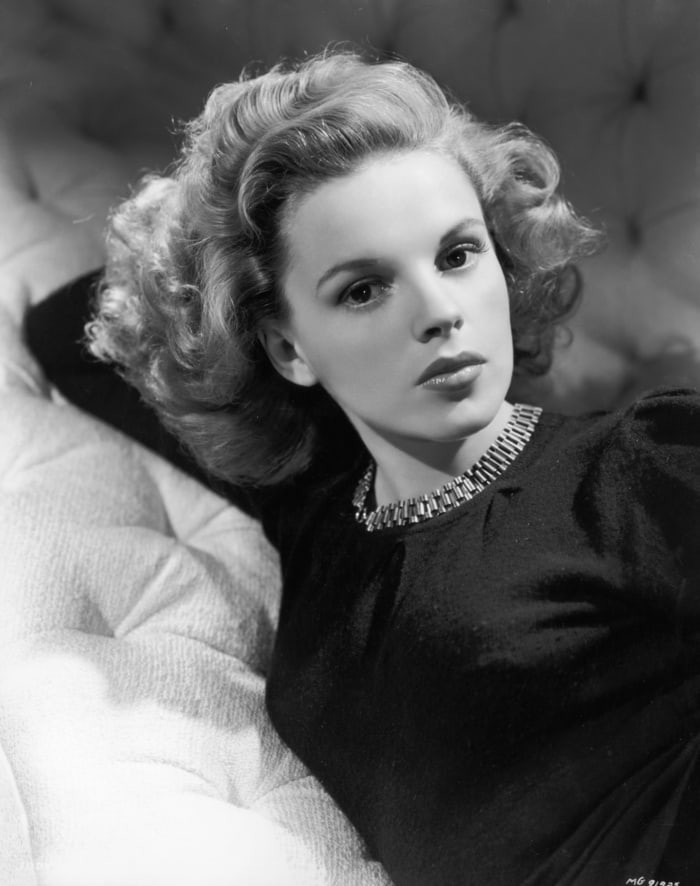 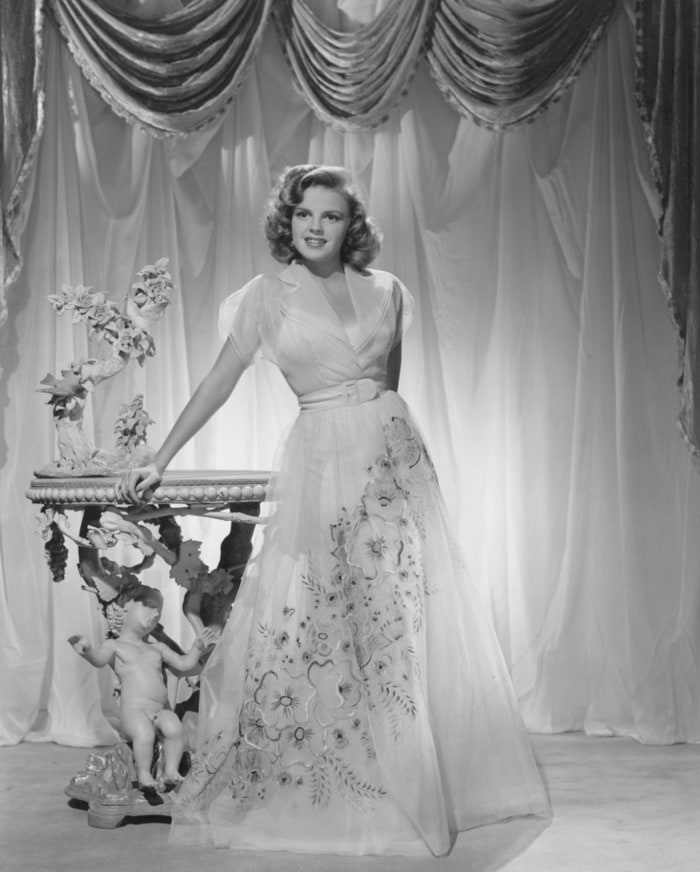 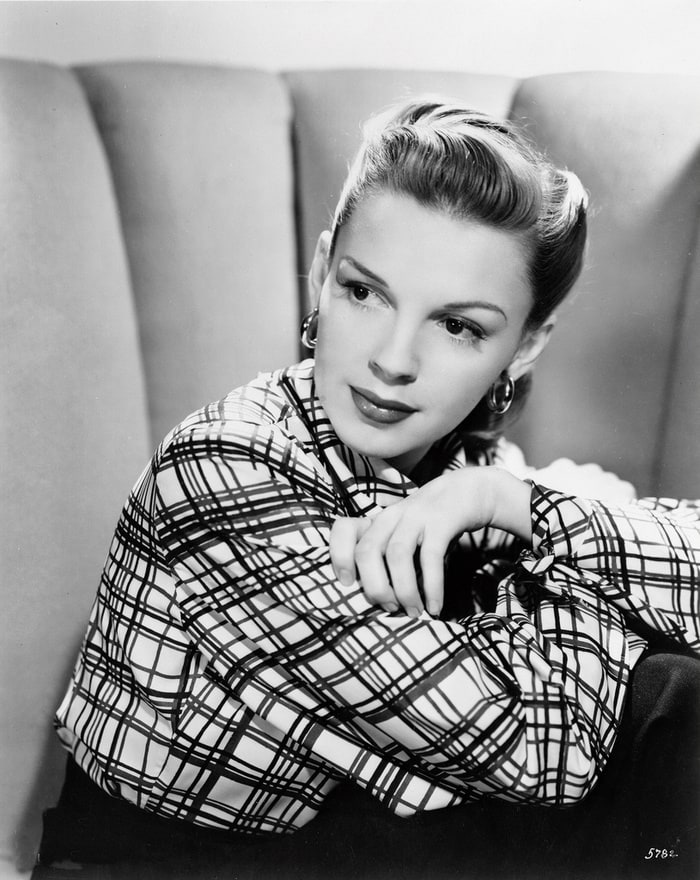 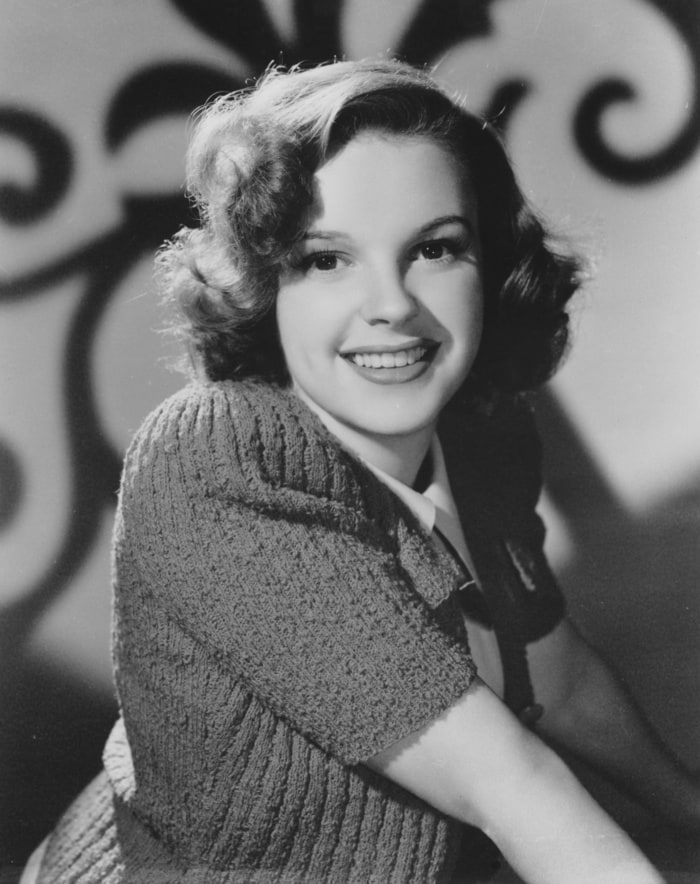 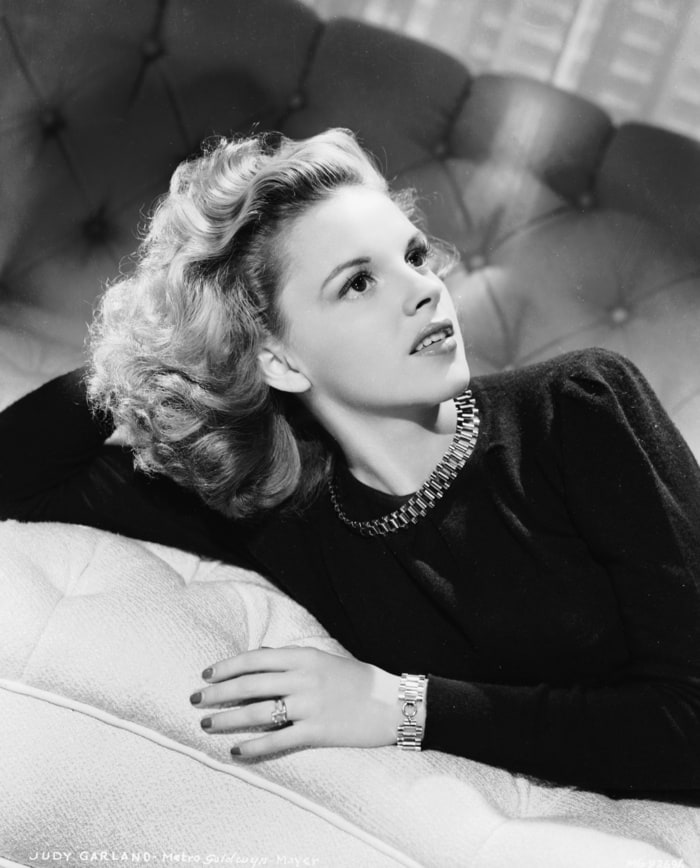 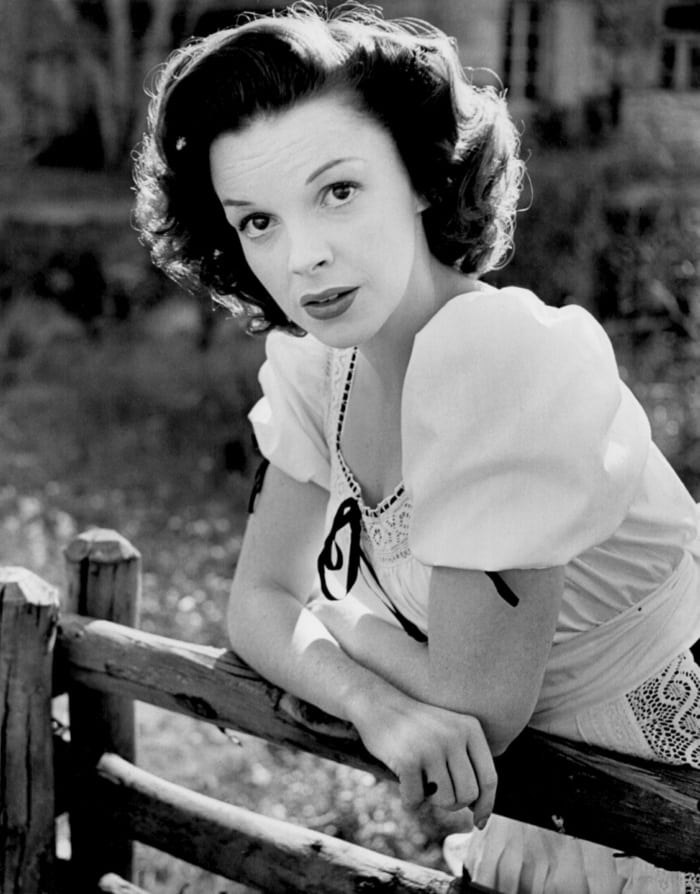 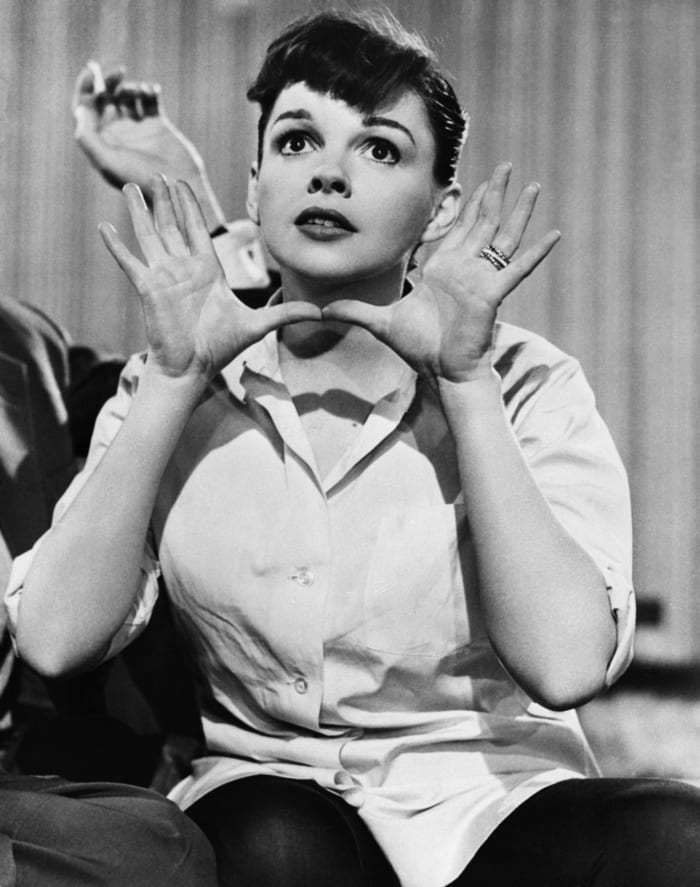 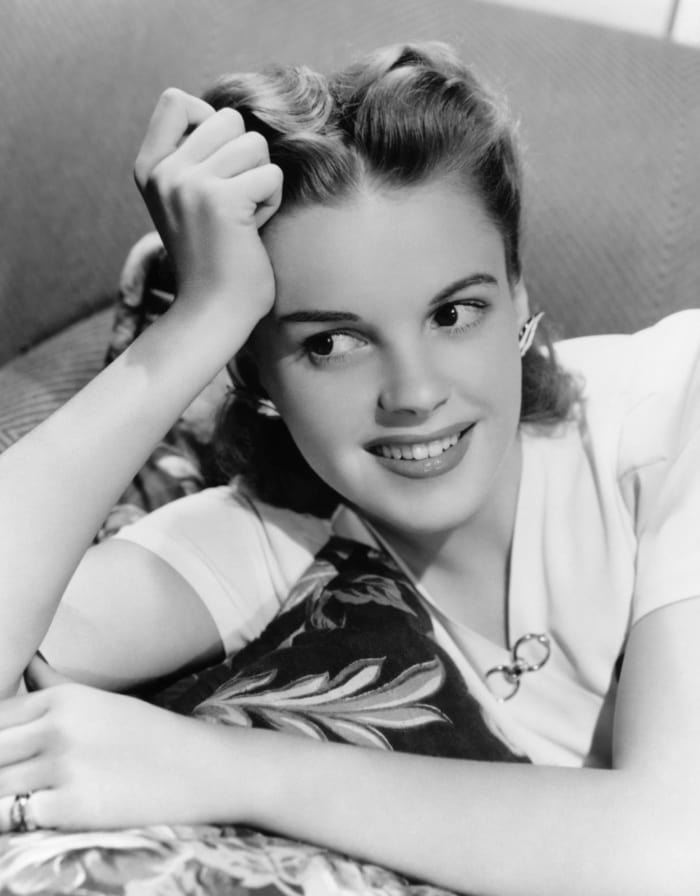 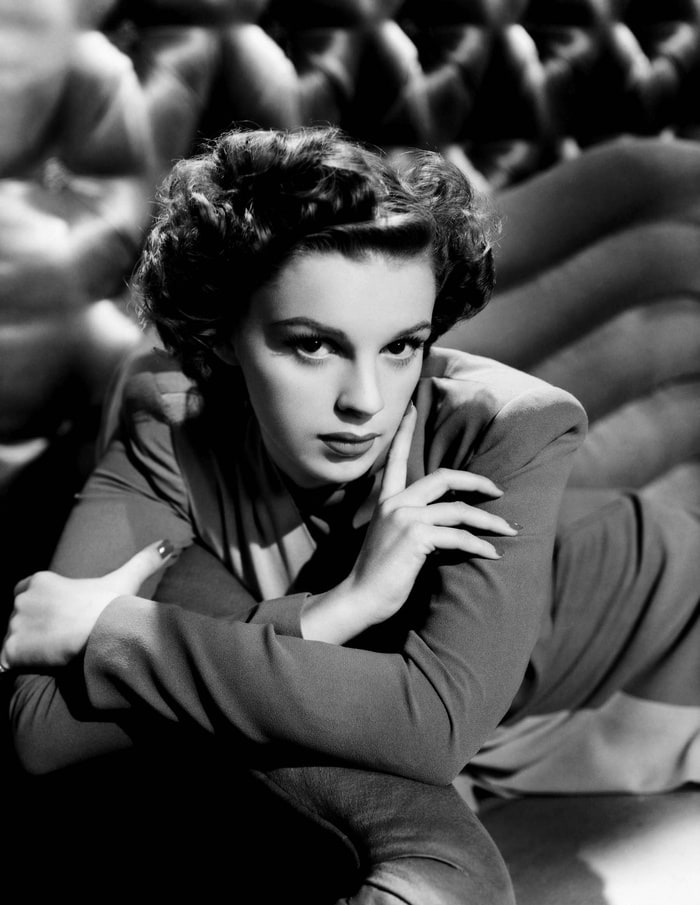 Actress and singer Judy Garland was born June 10, 1922, in Grand Rapids, Minnesota. Garland signed a movie contract with MGM at the age of 13. In 1939, she scored one of her greatest on-screen successes with The Wizard of Oz. In 1950, MGM dropped her from her contract. In the 1960s, Judy Garland spent more time as a singer than an actress. She died in 1969 of an accidental overdose.

Born Frances Ethel Gumm on June 10, 1922, in Grand Rapids, Minnesota. Judy Garland, the star of many classic musical films, was known for her tremendous talent and troubled life. She started out in show business at an early age. The daughter of vaudeville professionals, she started her stage career as a child.

Garland was called "Baby Gumm" and sang "Jingle Bells" at her first public performance at age of two and a half. With her two older sisters, Susie and Jimmie, Garland soon began performing as part of the Gumm Sisters.

In 1926, the Gumm family moved to California where Garland and her sisters studied acting and dancing. They played numerous gigs that their mother Ethel had arranged for them as their manager and agent. In the late 1920s, the Gumm sisters also appeared in several short films.

The Gumm sisters transformed into the Garland sisters at the World's Fair in Chicago in 1934. Traveling with their mother, the sisters played at a theater with comedian George Jessel who reportedly suggested they become the Garland sisters. Garland shed her nickname "Baby" in favor of a more mature and vibrant Judy. The following year, she would become a solo act, signing a movie contract with MGM at the age of 13. It was on a radio broadcast that November, however, that Garland debuted one of the songs most closely associated with her, "Zing! Went the Strings of My Heart." Shortly after the program aired, Garland suffered a great personal loss when her father Frank died of spinal meningitis.

Despite her personal anguish, Garland continued on her path to film stardom. One of her first feature film roles was in Pigskin Parade (1936). Playing a girl-next-door type of role, Garland went on to co-star in Love Finds Andy Hardy (1938) with friend Mickey Rooney. The two proved to be a popular pairing, and they co-starred in several more Andy Hardy films.

Not only was she working a lot, Garland was under pressure from the studio about her looks and her weight. She was given amphetamines to boost her energy and control her weight. Unfortunately, Garland would soon become reliant on this medication as well as needing to take something else to help her sleep. Drug problems would plague her throughout her career.

In 1939, Garland scored one of her greatest on-screen successes with The Wizard of Oz (1939), which showcased her singing talents as well as her acting abilities. Garland received a special Academy Award for her portrayal of Dorothy, the girl from Kansas transported to Oz. She soon made several more musicals, including Strike Up the Band (1940), Babes of Broadway (1942) with Mickey Rooney, and For Me and My Gal (1943) with Gene Kelly.

Garland married for the first time at the age of 19. Her union with bandleader David Rose was decidedly short-lived, however. On the set of Meet Me in St. Louis (1944), another of Garland's signature films, she met director Vincent Minnelli. She officially divorced Rose in 1945 and soon wed Minnelli. The couple also welcomed a daughter, Liza, in 1946. Unfortunately, Garland's second marriage only lasted a little longer than her first. The Garland-Minnelli union was practically over by 1949 (they officially divorced in 1952).

Around this time, Garland began to break down emotionally. She was probably exhausted from all of the years of constantly working as well as from all the medications she used to keep herself going. She developed a reputation for being unreliable and unstable. In 1950, MGM dropped her from her contract because of her emotional and physical difficulties. Garland's career appeared to be spiraling downward.

In 1951, Garland started to rebuild her career with help of producer Sid Luft. She starred in her own show on Broadway at the Palace Theater, which drew large crowds and ran for more than 20 weeks. More than simply showcasing her powerful and expressive voice, the revue also proved that Garland was a dedicated performer, helping to dispel the earlier negative stories about her. She earned a special Tony Award for her work on the show and her contributions to vaudeville in 1952.

Garland married Luft in 1952, which was a stormy relationship by some reports. They had two children together—daughter Lorna in 1952 and son Joey in 1955. Whatever personal difficulty Garland and Luft had, he had a positive impact on her career and was instrumental in putting together one of her greatest films. Starring opposite James Mason, Garland gave an outstanding performance as a woman who obtains stardom at the price of love in A Star Is Born (1954). Her rendition of "The Man That Got Away" is considered one of her best performances on film. She was nominated for an Academy Award for this film.

In the 1960s, Judy Garland spent more time as a singer than an actress, but she still managed to earn another Academy Award nomination. She played a woman who had been persecuted by the Nazis in 1961's Judgment at Nuremberg. That same year, Garland won two Grammy Awards for Best Solo Vocal Performance and Album of the Year for Judy at Carnegie Hall. Despite all of her success as a singer, these were the only Grammy wins of her career.

Garland also tried her hand at series television. In 1963 to 1964, she starred in The Judy Garland Show. The program went through many changes in its short run, but its strongest moments featured Garland at her best—singing. Her two daughters, Lorna Luft and Liza Minnelli, made appearances on the show as did Mickey Rooney. Jazz and pop vocalist Mel Tormé served as the program's musical advisor. For her work on the show, Garland earned an Emmy Award nomination for Outstanding Performance in a Variety or Musical Program in 1964.

Although her television series ended, Garland was still in demand as an entertainer, playing gigs around the world. But her personal life was as troubled as ever. After many separations, Garland divorced Luft in 1965 after a bitter battle over child custody. She quickly remarried—this time to actor Mark Herron. But that union lasted only a few months before dissolving. (The pair later officially divorced in 1967.) In 1967, Garland made a critically acclaimed return to Broadway for At Home at the Palace.

The next year, Garland went to London. She was in personal and financial trouble by this time. Making some performances at London's Talk of the Town nightclub, Garland was clearly not in good shape on stage. She wed former bandleader and club manager Mickey Deans a few months before her death in 1969. Judy Garland died on June 22, 1969, in London, England, reportedly of an accidental overdose.

The legacy of Garland has been carried on by her daughters Liza Minnelli and Lorna Luft, both of whom are singers and have had varying degrees of success. Lorna wrote about her life with Garland in her 1998 autobiography, Me and My Shadows: A Family Memoir. It became the basis for the 2001 television mini-series Life with Judy Garland: Me and My Shadows. Both of the actresses playing Judy—Tammy Blanchard as young Judy and Judy Davis as more mature Judy—took home Emmy Awards for their portrayals of the famed entertainer.

Nearly 40 years after her death, Garland continues to maintain a devoted following. There are countless fan sites online as well as published biographies that explore almost every aspect of her life—from her brilliant talent, her professional successes and failures, and her myriad of personal struggles. In celebration of the late star, the Judy Garland Museum at her birthplace holds an annual festival.