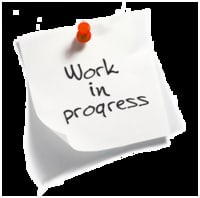 
The thing is that I am very excited about this movie... I really enjoy the Marvel movies, but I confess I'm not so into the actual comics... (shame on me, I know)
But I do love Benedict Cumberbatch, and I was sooooooo happy when he was cast to make this movie, I think he's perfect for the character (may some furious fans disagree).
I recently hear this rumor about Rachel McAdams being cast for the leading female rol... I just went all nuts!!
So... it's not a big deal but I made this list to keep track of the cast of the upcoming movie DOCTOR STRANGE!!! (just for fun) 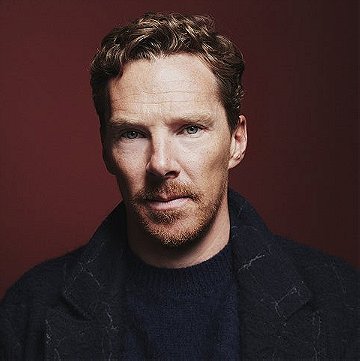 December 4, 2014: Benedict Cumberbatch will play Doctor Strange.
“Excited. Really excited. "There’s a lot of work to be done, and I’m just at the beginning of it all, so I’m not going to talk too much about it, but it’s a thrilling gig to get. I just can’t wait. Very excited.

I'm very excited about that spiritual dimension. It's something that's been a huge part of my life. I meditate a lot, that's a huge tool in trying to calm myself, get away from the crazy circus of it all, have a focused mind as well as be a kinder, considerate person in the world”

"Like the best of our films, Dr Strange has a very personal journey. I think Stephen Strange has one of the best origins of any standalone character. And Benedict, who is just diving in now, he’s going to do an amazing job doing that transformation from arrogant surgeon to master of the mystic arts…" -- Kevin Feige (American film producer and president of Marvel Studios)


Doctor Strange
Benedict Cumberbatch was the first choice and was offered the lead role of Stephen Strange but initially had to decline due to his theatre commitments playing Shakespeare's Hamlet which will clash with the film's proposed shooting date. Joaquin Phoenix was the studio's second choice for the lead role but Phoenix, after a few months of deliberation, eventually turned down the offer due to his reluctance to do a multi-picture deal that was required by the studio if he signed on.
Colin Farrell, Jake Gyllenhaal, Tom Hardy, Ethan Hawke Jack Huston, Oscar Isaac, Jared Leto, Matthew McConaughey, Ewan McGregor, Keanu Reeves, Justin Theroux, Jon Hamm, Johnny Depp, & Joseph Gordon-Levitt were all considered or rumored for the role of Stephen Strange.
When the release date was pushed back from July 2016 to November 2016, Cumberbatch was able to commit to shooting.
In december of 2014 Benedict Cumberbatch was confirmed to play Doctor Strange and I couldn't be happier!!
Some background for those who doesn't know him.
His real name is Stephen Vincent Strange, he was an extraordinary neurosurgeon, egotistical, greedy, cold and callous.
However, a car accident damages his hands, shattering the bones. The damage effectively ends his ability to conduct surgery, since his hands now tremble uncontrollably. Trying to find a cure, Strange locates a hermit called the Ancient One (who is actually the Earth's Sorcerer Supreme) in the Himalayas. The Ancient One refuses to help Strange because of his selfishness, but senses a good side that he attempts to bring to the surface.
Doctor Strange is one of the most powerful sorcerers in existence. Like most sorcerers, he draws his power from three primary sources: the invocation of powerful mystic entities or objects, the manipulation of the universe's ambient magical energy, and his own psychic resources.

November 4, 2015: The shooting has begun!!
The pictures from the set are coming!!
Here you can see Benedict Cumberbatch as Stephen Strange in Nepal. Clearly looking for the Ancient One. 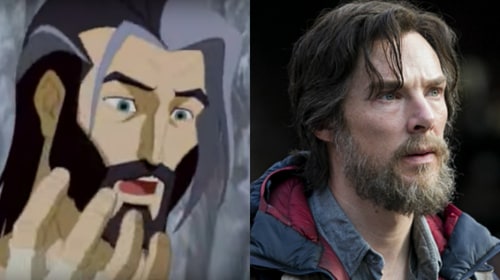 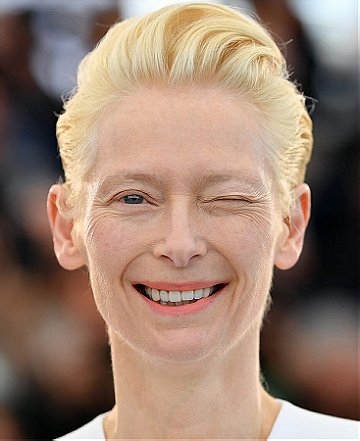 July 15, 2015: Tilda Swinton confirmed to play The Ancient One.
"I’m a Marvel fan and I think this particular world that ‘Doctor Strange’ goes into is really, really, really exciting. I’m really interested as both an actor and a fan to see what’s done in this particular world. It’s all about creativity. It’s not about everything exploding at the end. It’s about something very different. The idea of playing The Ancient One is really just too tickling. I can’t say no to that!

Huge controversy: Casting a woman to play an old male asian character.
The youth who would eventually be called the Ancient One was born over five hundred years ago in Kamar-Taj, a village in a hidden land in the Himalaya Mountains in the area now known as Tibet...
The youth sought out an ancient order of sorcerers whose elder members were known as Ancient Ones, and which was dedicated to protecting Earth's people from black magic...
The man who became known as the Ancient One kept Dormammu out of the Earth dimension for nearly five centuries, although he never succeeded in entirely defeating Dormammu. Through this and other feats, the man who became known as the Ancient One became recognized as the sorcerer supreme of the Earth dimension...
Rumors has it that names like Morgan Freeman, Bill Nighy and Ken Watanabe were considered for the role but... why Marvel would change this character sex or ethnic?
"The sorcerers have been around for millennia, protecting us from things we didn’t know about until this story. There have been multiple [Ancient Ones], even if this one has been around for five hundred years, there were others. This is a mantle, and therefore felt we had leeway to cast in interesting ways." That's the explanation Kevin Feige gave. And it's fine for me! 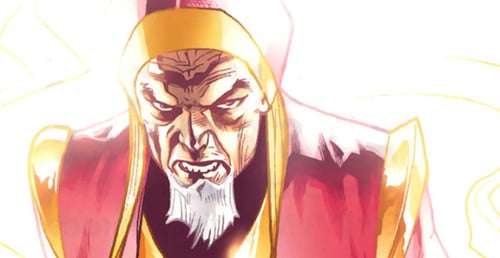 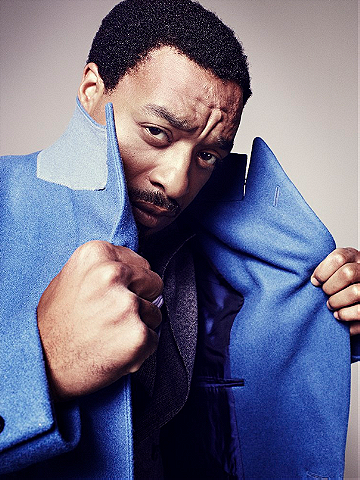 *Updated August, 24*
“I am doing Doctor Strange, and I’m incredibly excited about it,..That’s all I say.
He’s a good friend of mine,(Benedict Cumberbatch).So, it’s gonna be fun. And Tilda Swinton — I haven’t worked with her, but I’m excited to work with her. She’s brilliant.”

Another controversy: Casting a black actor to play a white character.
Simon Baker, Gary Oldman and Mads Mikkelsen has previously been rumored to play the part, but is Ejiofor who is talking now to be Baron Mordo.
Baron Mordo, born Karl Mordo was the son of Nikolai Mordo, a Transylvanian nobleman (or boyar) who was made “Baron” when his lands fell under the control of the Austro-Hungarian Empire before the World War I.
Vicount Krowler, his tutor, sent the eighteen-year-old Mordo to Tibet to become the disciple of the Ancient One, Earth’s Sorcerer Supreme.
The Ancient One sensed Mordo’s great potential both for mystic power and evil, and he accepted the youth as much to restrain his ambitions as to instruct him. He knew that his true successor was destined to be Steven Strange, then only a boy. Jealous that Strange was destined to supplant him, Mordo tormented the boy with demons throughout his youth. 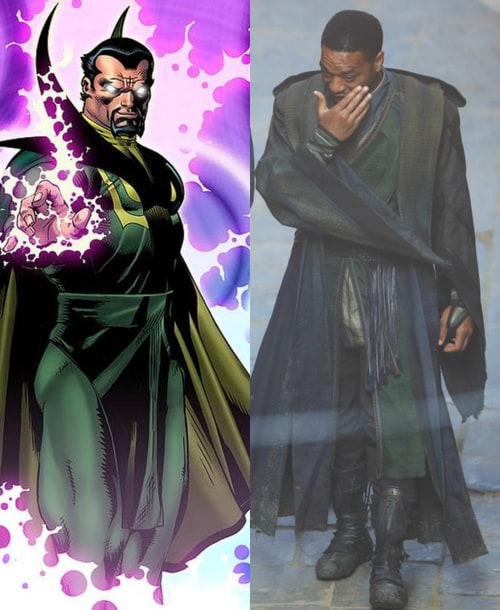 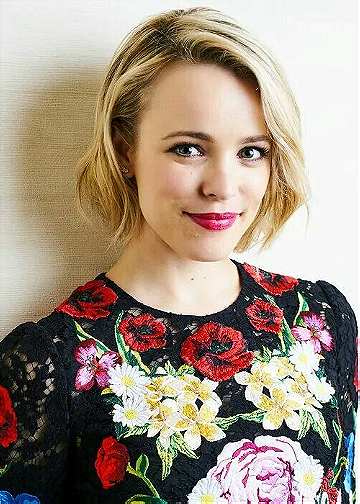 I can't be more happy about this!

Apparently Marvel wants her for the leading female rol, but nothing is been confirm yet...
Who could she be? well since she would be Doctor Strange's love interest, there's a lot of chances that she would be playing Clea.
And who's Clea?
Clea is Dormammu's niece. Dormammu had long sought to conquer Earth and, as a result, often confronted Earth’s defender,Doctor Strange. When Doctor Strange journeyed into the Dark Dimension to continue his battle against Dormammu, he was aided by Clea, and the two quickly fell in love. On subsequent battles, Clea continued to help Doctor Strange, and their infatuation grew. 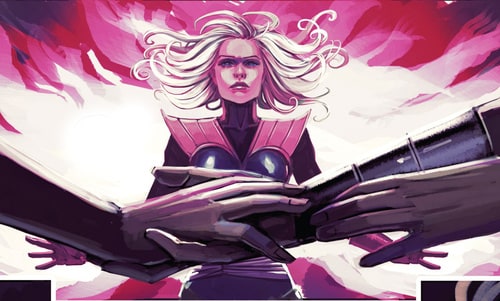 I read on Internet, that the character Rosario Dawson plays in the show Daredevil eventually would become into Night Nurse. But... Marvel apparently wants this character to appear in Doctor Strange.
So there's going to be changes in the TV show, so Rachel McAdams (if she finally is on board) could play Night Nurse in the movie.

Who's Night Nurse? Linda Carter is the daughter of a doctor in Allentown, New York. She meets and falls in love with Marshall Michaels, a wealthy businessman. However, he forces her to choose between marrying him or staying at Metro General as a nurse. She makes her decision and tearfully watches him walk away. Linda demonstrates that her skills are not limited to nursing practice, as she performs detective work to help expose an incompetent surgeon and also prevents a hitman from murdering one of her patients.
Personally I can see Rachel portraying this character better than Clea... but, we never know! 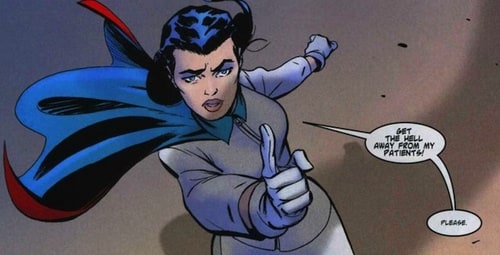 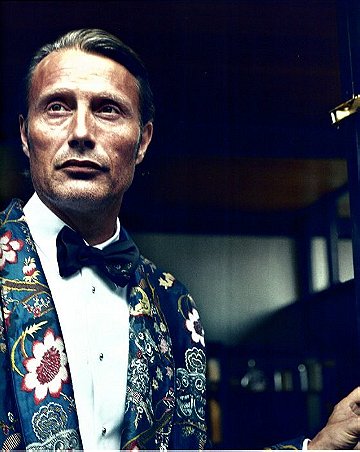 All internet was flooded with this news! It could be possible??
Mikkelsen’s exact role remains under wraps, but sources say he will be another antagonist to Cumberbatch’s titular sorcerer.
Marvel has been interested in Mikkelsen for some time, at one point courting him for the villainous Malekith in “Thor: The Dark World,” until Mikkelsen won the role of the titular cannibal in NBC’s “Hannibal” and was no longer available. The Malekith role eventually went to Christopher Eccleston.

So, why Dormammu? After being established as the ruler of an alternate dimension Dormammu became a perennial foe of Sorcerer Supreme Doctor Strange.
Dormammu is first mentioned by Karl Amadeus Mordo, senior apprentice of the appointed "Sorcerer Supreme" the "Ancient One", who, in the entity's service, attempts to slowly weaken the sorcerer, but is stopped when his fellow pupil Stephen Strange alerts his master to the betrayal.
The character later appears in person when sending a messenger to boast his renewed intentions of conquering his universe before his aging adversary. In response, Doctor Strange travels to Dormammu's "Dark Dimension" as the Ancient One does not consider himself powerful enough to defeat Dormammu, and manages to overcome all supernatural servitors sent against him. 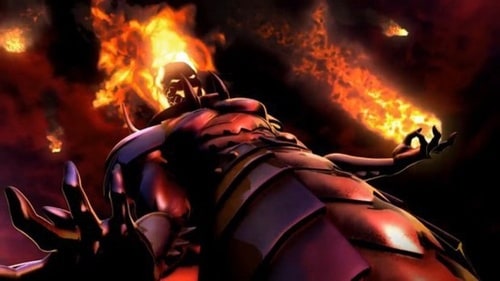 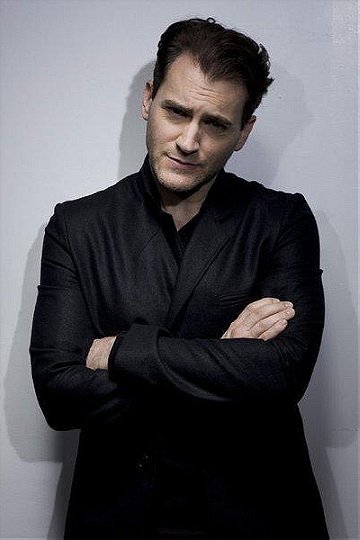 Michael Stuhlbarg of Boardwalk Empire and A Serious Man fame, as well as having a role in the recent Steve Jobs, has become the latest addition to the cast.

He will play the role of Doctor Dr. Nicodemus West, who was a long time admirer of Dr. Stephen Strange's surgical abilities. Dr. West performed the surgery that saved Strange's hands but leaving him with severe nerve damage following his automobile accident.[1] Racked with guilt over robbing the world of Strange's medical service, Nicodemus followed Strange to Kamar-Taj arriving only days after Strange had completed his mystical training and departed. Concerned that Strange may not rise to the challenge of becoming the Sorcerer Supreme, the Ancient One elected to begin training Nicodemus in the mystic arts. 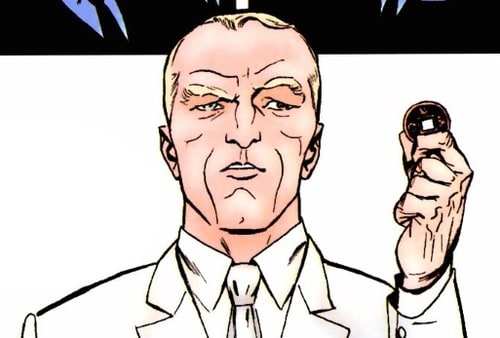 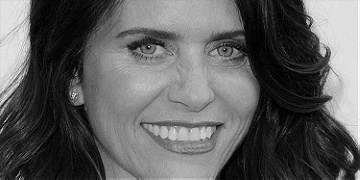 Doctor Strange production is now setled on Longcross studios, in Surrey, London.
The “Phase Three” film has today added “Transparent” star Amy Landecker to its cast. The Wrap has the news, reporting that, while the actress’ specific role has not yet been disclosed, Amy Landecker has joined the already full-stars cast. 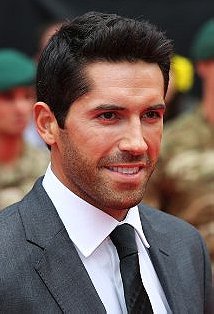 
Playing a role that has yet to be revealed, Marvel Studios’ Doctor Strange movie has added some muscle in the form of Scott Adkins, an actor and martial arts expert who has appeared in such films as The Bourne Ultimatum, The Expendables, and Zero Dark Thirty.

Polls worth looking into. by reallly

My Movie Highlights of 2004 by Anautix

MOVIES THAT I REVIEWED THIS YEAR by ♛ViσlєTa♛

Movie Posters "In Green" by Gaby

Movie Posters "In Purple" by Gaby

My Son Favourite Cartoons ♥♥ by Gaby