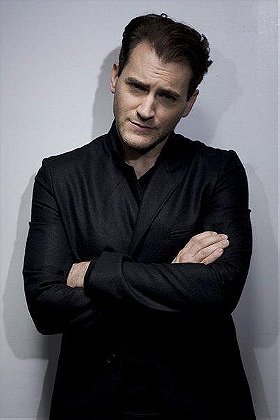 In 2017, Stuhlbarg appeared in the films Call Me by Your Name, The Shape of Water, and The Post, all three of which were nominated for the Academy Award for Best Picture. For Call Me By Your Name, Stuhlbarg received multiple film critics' award nominations in the supporting actor category. The following year, he appeared in the Hulu miniseries The Looming Tower, for which he received a Primetime Emmy Award nomination for Outstanding Supporting Actor in a Limited Series or Movie. On stage, Stuhlbarg has acted in numerous productions including the 2005 debut of The Pillowman on Broadway, for which he won a Drama Desk Award and received a Tony Award nomination. ... (more) (less)
Tags: American (2), Male (2), Actor (2), Cute (1), Born 1968 (1), Born In 1968 (1)
My tags:

1. Doctor Strange in the Multiverse of Madness

Hotton Machado voted for 6 images [View All] 4 years, 3 months ago

IsabellaSilentRose added this to a list 4 years, 3 months ago
Oscars 2018 (100 person items)

Sasa voted for an image 4 years, 4 months ago

" as Larry Gopnik in A Serious Man"

diabolical dr voodoo added this to a list 5 years, 7 months ago
The People on the MCU (175 person items)