In Praise of Andrei Tarkovsky 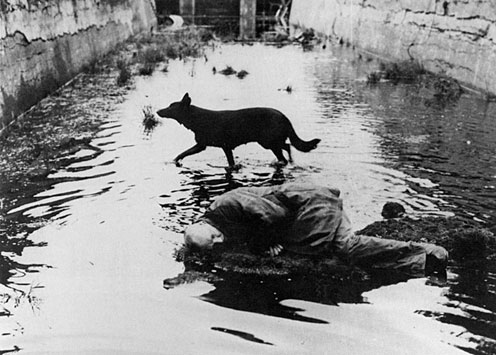 "My discovery of Tarkovsky's first film was like a miracle. Suddenly, I found myself standing at the door of a room the keys of which had until then, never been given to me. It was a room I had always wanted to enter and where he was moving freely and fully at ease. I felt encountered and stimulated: someone was expressing what I had always wanted to say without knowing how. Tarkovsky is for me the greatest, the one who invented a new language, true to the nature of film, as it captures life as a reflection, life as a dream."

"Tarkovsky is the greatest of them all. He moves with such naturalness in the room of dreams. He doesn't explain. What should he explain anyhow? He is a spectator, capable of staging his visions in the most unwieldy but, in a way, the most willing of media. All my life I have hammered on the doors of the rooms in which he moves so naturally. Only a few times have I managed to creep inside. Most of my conscious efforts have ended in embarrassing failure..."

"I love and admire the filmmaker Tarkovsky and believe him to be one of the greatest of all time. My admiration for Fellini is limitless. But I also feel that Tarkovsky began to make Tarkovsky films and that Fellini began to make Fellini films." 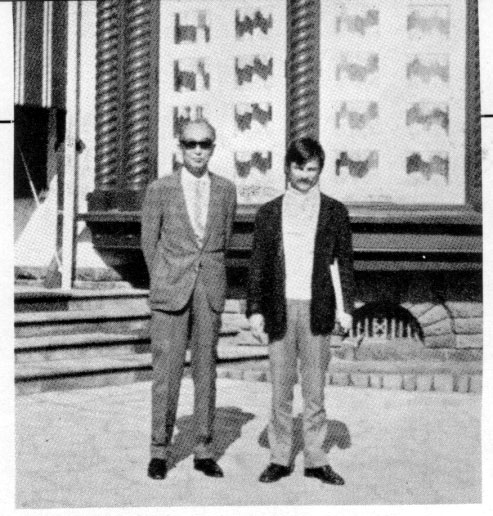 "Marvelous progress in science we have been enjoying, but where will it lead humanity after all? Sheer fearful emotion this film succeeds in conjuring up in our soul. Without it, a science fiction movie would be nothing more than a petty fancy.

These thoughts came and went while I was gazing at the screen.

Tarkovsky was together with me then. He was at the corner of the studio. When the film was over, he stood up, looking at me as if he felt timid. I said to him, “Very good. It makes me feel real fear.” Tarkovsky smiled shyly, but happily. And we toasted vodka at the restaurant in the Film Institute. Tarkovsky, who didn’t drink usually, drank a lot of vodka, and went so far as to turn off the speaker from which music had floated into the restaurant, and began to sing the theme of samurai from Seven Samurai at the top of his voice.

As if to rival him, I joined in.

For I was at that moment very happy to find myself living on Earth.

Solaris makes a viewer feel this, and even this single fact shows us that Solaris is no ordinary SF film. It truly somehow provokes pure horror in our soul. And it is under the total grip of the deep insights of Tarkovsky."

"He always looked at me with his adoring bright eyes. I will never forget the look in his amicable eyes. Both of us agreed on many things about life and film. But we are so different in disposition that our outputs are quite opposite in character. He is a poet, I am not."

"We talked with each other and agreed that a movie should not attempt to explain anything. Cinema is not a suitable medium for explanation. Those who view it must be left free to sense its content. It should be open to a variety of interpretations. However, Tarkovsky absolutely never explains, he gives no explanation at all. His thoroughness is incredible."

"His unusual sensitivity is both overwhelming and astounding. It almost reaches a pathological intensity. Probably there is no equal among film directors alive now. For instance we often see water in his films, which is portrayed in a manifold variety of expressiveness. Such is the case in The Sacrifice; one sky-reflecting pool and one without sky reflection. The camera shot the images under strict guidance from the director, whose aim was extraordinarily hard to achieve."

"You may think it is easy, but in truth it is almost impossible to catch the image and the feel of the scene on film. Japanese directors shoot nature almost absent-mindedly. There is a popular belief that the Japanese are good at filming nature, but it is not true — they are no good at all! Early films by Mikio Naruse are somewhat distinguished in this respect, although he may not have been aware of it... Most Japanese film directors are not sensitive to nature, really, are they?"

"I love all of Tarkovsky's films. I love his personality and all his works. Every cut from his films is a marvelous image in itself. But the finished image is nothing more than the imperfect accomplishment of his idea. His ideas are only realized in part. And he had to make do with it." 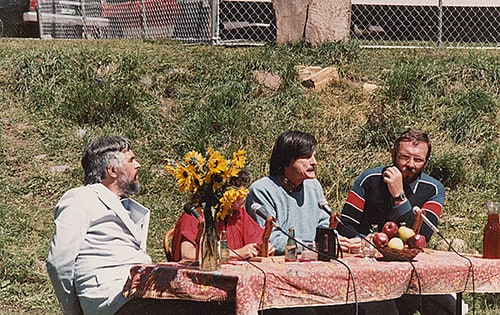 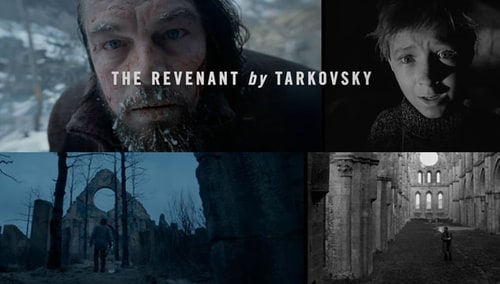 "Andrei Rublev is maybe my favorite film ever."

On what inspired his film The Revenant: "I was inspired by Andrei Rublev from Tarkovsky, one of my favourite films of all time, and Dersu Uzala from Kurosawa. Also, Herzog films - Fitzcarraldo and Aguirre - and Apocalypse Now, or literature like Jack London or [Joseph] Conrad or [William] Faulkner." 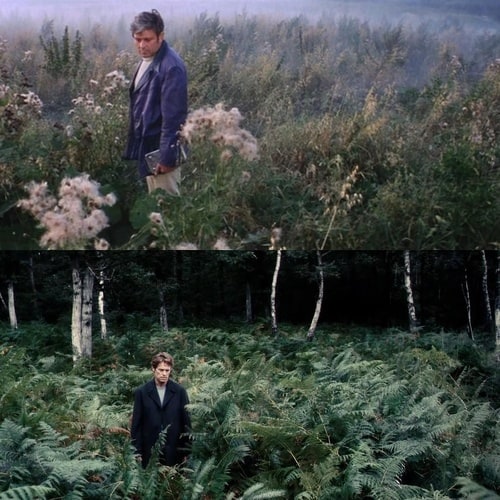 "Have you ever seen a film called the “Mirror”? I was hypnotised! I’ve seen it 20 times. It’s the closest I’ve got to a religion – to me he is God. And if I didn’t dedicate the film (AntiChrist) to Tarkovsky, then everyone would say I was stealing from him. If you are stealing, then dedicate." 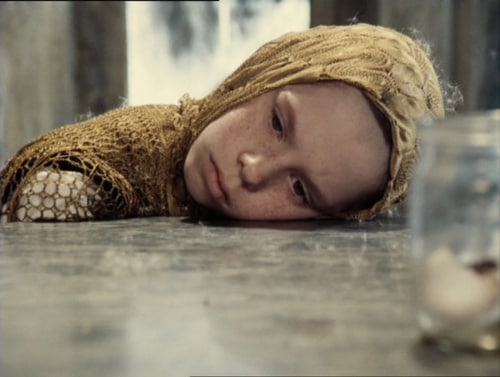 “When I was about 15, my father gave me a Tarkovsky film on VHS and I was amazed at the simplicity, the power that comes out of a single event. I’m not very much into narrative-driven films and I never remember dialogue; what sticks in my mind are the sound, the image and the camera movement. With Tarkovsky it’s as if direct emotion comes out of each image and sound. It drives me crazy.” 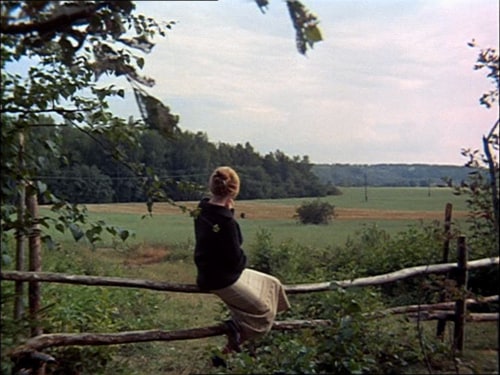 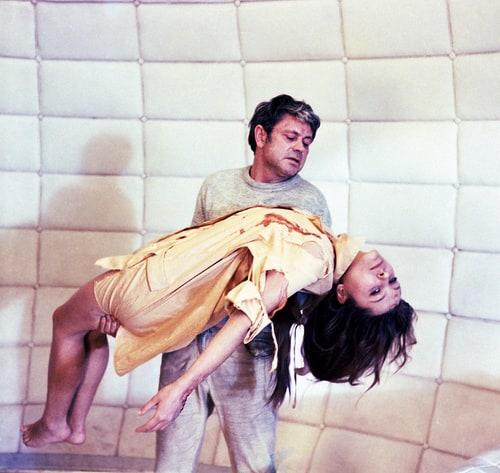 "If you want to, in my view, engage with Tarkovsky's Solaris as fully as possible, you really really need to accept at the outset that this is a film made by a devout Christian. And that's why it begins with a Bach organ choral. I'm not a Christian myself or a deist of any kind and yet Solaris, which I first saw on cinema release in 1972 when I was twelve, has remained my favourite film for my entire life. And it's always difficult with something you really love to introduce it to people."

"It (Solaris) was advertised on the cinema posters here in London as the 'Russian 2001' because 2001 had come out a couple of years previously and been a big hit. But really the two films don't bear much relation to each other."

Tarkovsky's films include Ivan's Childhood (1962), Andrei Rublev (1966), Solaris (1972), Mirror (1975), and Stalker (1979). He directed the first five of his seven feature films in the Soviet Union; his last two films, Nostalghia (1983) and The Sacrifice (1986), were produced in Italy and Sweden, respectively. The films Andrei Rublev, Solaris, Mirror, and Stalker are regularly listed among the greatest films of all time.

8 votes
In Praise of... (19 lists)
list by shotswerefired
Published 3 years, 11 months ago

Films Influenced by Psychoanalysis by Nusch