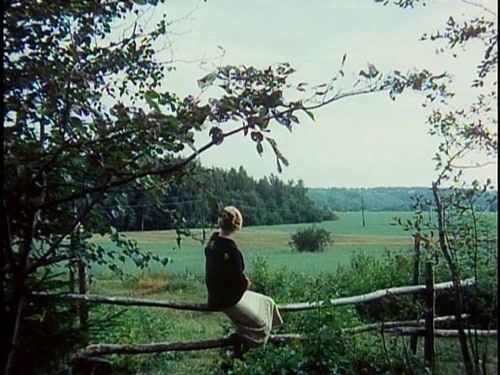 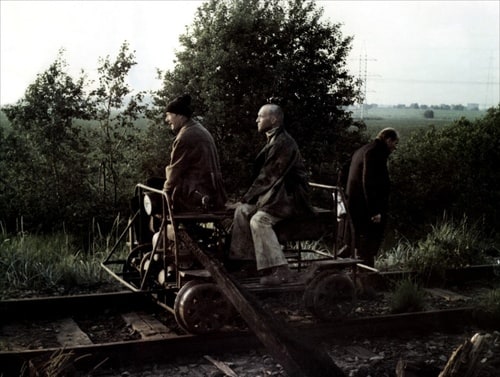 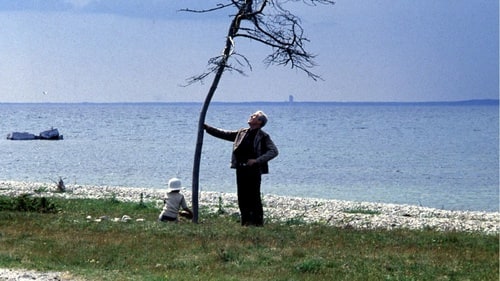 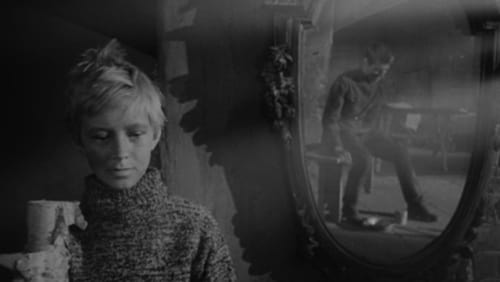 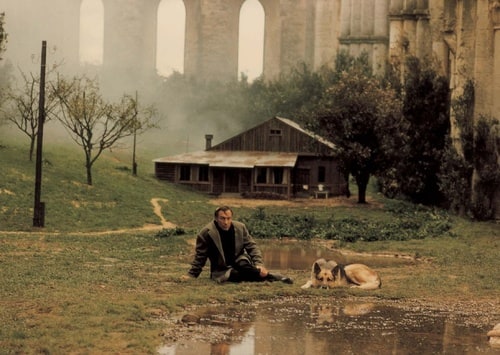 The son of a celebrated poet quoted in his films, Andrei Tarkovsky was born in 1932, in the Volga countryside not far from Moscow. He studied film under the influential Mikhail Romm. Undoubtedly the most important post-war Russian director, his status has been recognised in a range of international festivals and polls - Andrei Rublev, Mirror and Stalker in particular are regulars in critics' top 10s.

Tarkovsky's feature-length debut, Venice Golden Lion winner Ivan's Childhood (1962) is an accessible, welcoming introduction to the lustrous, ethereal landscapes and major themes (dreams and memories, freedom, childlike faith, home and absence from it) which characterise his career. A particular favourite of the late Krzysztof Kieslowski, its touching story of a young World War 2 scout makes for a more lyrical companion to Elem Klimov's harrowing Come and See (1985)

Completed in 1966 but delayed for several years by the Soviet authorities, the towering episodic epic Andrei Rublev stands not only as the most convincing portrait of the middle ages but with its ambitious scope, astounding set pieces and glorious colour finale -icons almost burst the screen- as a prime contender for the coveted title of "greatest film".

If the sometimes ponderous ruminations of Solaris (1972), a striking space odyssey inappropriately pigeon-holed as a socialist riposte to 2001, hint that Tarkovsky's mysticism may be better suited to Earth, it nevertheless has many fervent admirers. Notably, and typically for Tarkovsky, it looks back towards earth and home. For Mark le Fanu, author of a fine book on the director, it is a "majestic and achieved work of art", though the director himself was less satisfied.

At the centre of his oeuvre, the fathomless, almost cubist, personal and panoramic Mirror (1974) fully justifies Chris Peachment's exhortation to "see it above all for a series of images of such luminous beauty that they will make your heart burst". The sustained, ecstatic concentration of its poetry is unmatched. Once roundly condemned at home for obscurity, its reputation now rivals that of Andrei Rublev.

Stalker (1979) is an equally mesmerising experience: transcending its grim industrial setting, eerie, hallucinatory visions accompany the lugubrious trio- a writer, a scientist and their guide- who venture into its reality-altering radioactive Zone

Reputedly only denied the 1983 Cannes Palme d'Or by the machinations of Sergei Bondarchuk, Nostalgia concerns the awkward relationship between a Soviet professor researching in Italy and his pretty interpreter. A year before Tarkovsky asserted his artistic independence by voluntary exile in the West, its shimmering reveries already ache with homesick longing: never has a fog-bound Tuscany seemed so resolutely Russian.

By the time of his final film, set on a desolate stretch of Swedish coast, he was dying of cancer. Typically uncompromising in its pacing and anti-nuclear message, The Sacrifice (1986) is a stately, disdainfully imperious achievement. Enhanced by the masterful long-take cinematography of (Bergman regular) Nykvist, it is worth seeing for its opening sequence alone.

The director's serious moral concerns and probing scrutiny of spiritual malaise have inevitably prompted comparisons with Bergman, an admirer who proclaimed him "the greatest, the one who invented a new language, true to the nature of film, as it captures life as a reflection, life as a dream".

For all its Northern melancholy, Tarkovsky's cinema resonates with a radiant, redemptive optimism. In Andrei Rublev, the atrocity-haunted artist breaks his silence in wonderment at a novice bell-maker's leap of faith. Mirror begins with the remarkable curing of a stutter and Stalker ends, not in enveloping despair, but with Beethoven's "Ode to Joy" and a disabled young girl's telepathic movement of three glasses. In The Sacrifice, nuclear holocaust is averted by a seemingly mad religious conviction, while the single most abiding image is of a boy planting a tree. The quite astonishing visual and aural imagery (rain, mist, fire, wind and grass rendered unmistakeably, inimitably "Tarkovskian") repeatedly makes the mundane miraculous, everyday elements and objects divine. And through Faith humankind can literally take flight.

The warmth of Hirokazu Koreeda by CarminaX

My beginning vinyl collection by Poetryandmusic

Mickey Rourke: Movies i have seen. by Aprakadabra

PC Games I Played by Lilinalia

My Film lists by Kenji

The Sound of Peace by Kenji

Handsome Welsh Men (spot the odd one out!) by Kenji

My Poetry Lists by Kenji