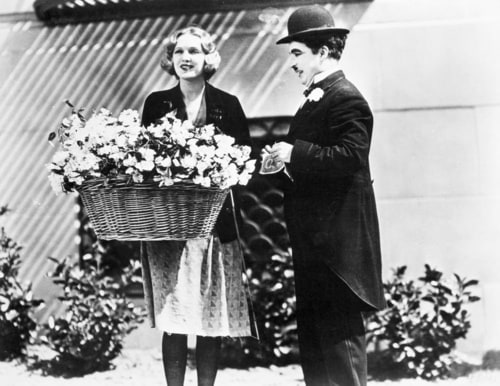 City Lights isn't Chaplin's most visually beautiful or funny film (that would be Modern Times), but it is his most heartfelt and beautiful film. I can't imagine why anyone who likes movies would not like this film.

City Lights is a noteworthy early example of gay humor. 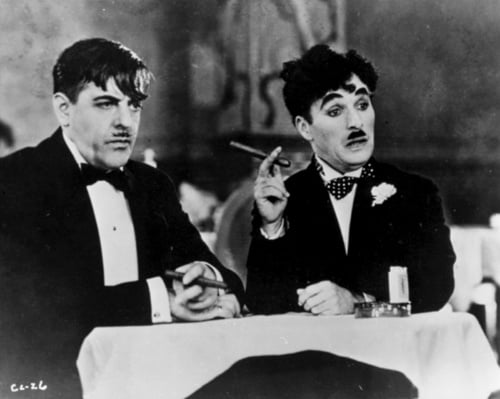 The rich man is a closeted gay person. After the tramp stopped him from committing suicide while he's drunk, they ate dinner and when he sobered up he said, "I'm out to everybody!," and when he got drunk again he started kissing the Tramp. When the Tramp tries to avoid a fight fight he tries to charm the boxer and the boxer nervously hides behind a curtain. 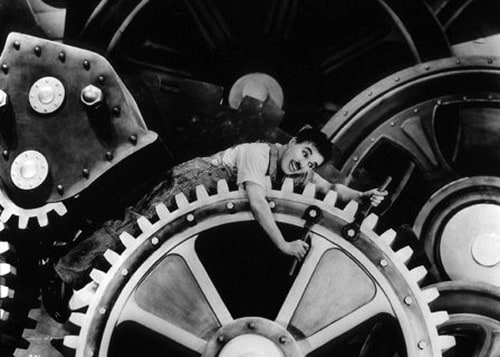 The factory scenes in Modern Times are marvelously expressionist and the funniest scenes I've ever seen. The film seems like a precursor to Italian Neorealism, although I don't know how much Chaplin influenced Italian cinema. The critic Andre Bazin wrote about the film Bicycle Thieves.


The Neapolitan charm of De Sica becomes, thanks to the cinema, the most sweeping message of love that our times have heard since Chaplin. 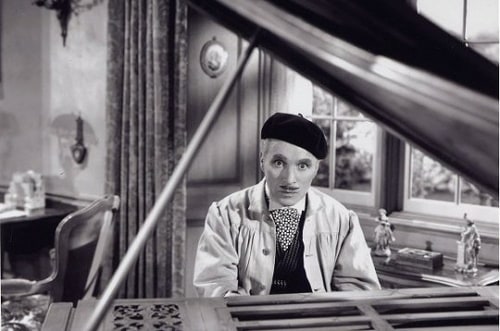 As for being a mass killer, doesn’t the world encourage it? Is it not building weapons of destruction for the sole purpose of mass killing? Has it not blown up unsuspecting women and little children……..As a mass killer, I am an amateur by comparison.

That's the history of many a big business. One murder makes a villain, millions a hero, numbers sanctify.

Modern Times and Monsieur Verdoux are probably two of the biggest reasons why Chaplin was denied re-enty into the United States during the McCarthy era.

Monsieur Verdoux is Chaplin's most daring film for its political context and for his performance that doesn't rely heavily on Chaplin's strongest suit, his physical comedy.
Mr. Saturn's rating: 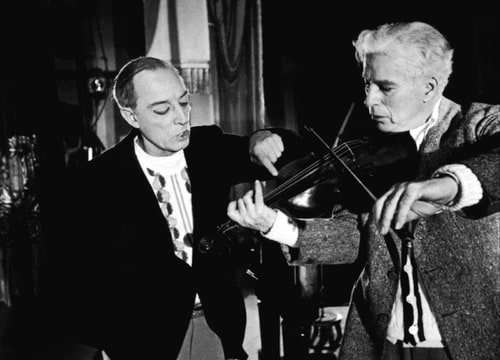 Time is the best author. It always writes the perfect ending.

I was afraid Limelight would be overly nostalgic; far from it, Limelight is about not being chained to the past.
Mr. Saturn's rating: 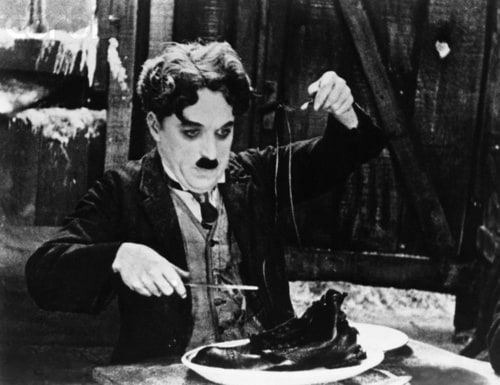 Chaplin added narration and sound effects because the original version became public domain; the most significant cut was the ending kiss, probably because he ended a relationship with the actress in the original silent version.
I probably would have enjoyed it more without the narration, but the blu-ray restoration is the sound version. 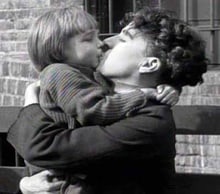 I recommend watching this film before the others in the list chronologically. The Kid is simply a beautiful film and isn't outdated.
Mr. Saturn's rating: 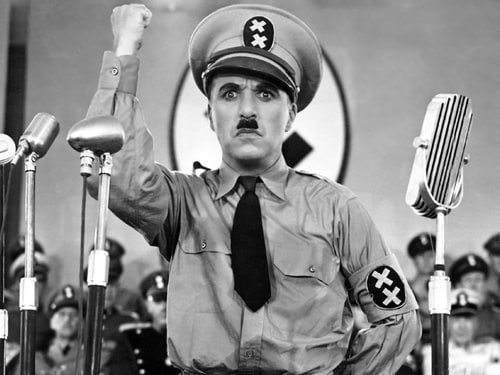 The Great Dictator was made before most people, including Chaplin, knew about the Holocaust, and the film is never facetious. The character is not the Tramp but he does have some of the Tramp's idiosyncrasies.
Mr. Saturn's rating: 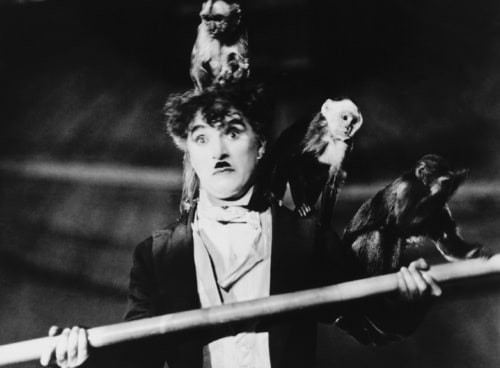 The Circus is Chaplin's most consistently funny comedy and an allegory for Chaplin's career. The final scene where the Tramp stays behind and lets the one he loves go off in the circus, and he hops away represented the arrival of sound films. Unlike Buster Keaton, Charlie Chaplin didn't sign any bad contracts. Chaplin started making sound films when he wanted to. His career survived and prospered in the sound era.
Mr. Saturn's rating: 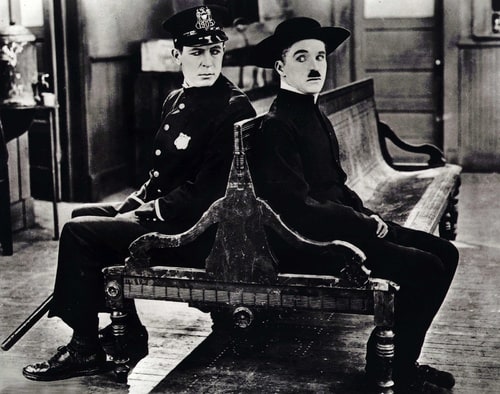 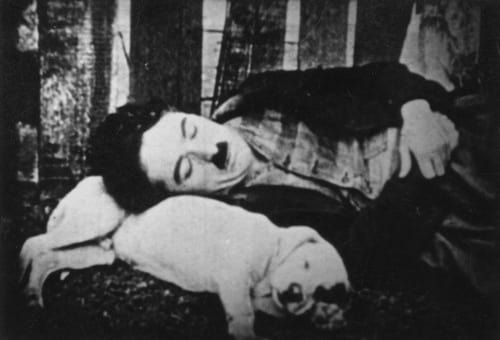 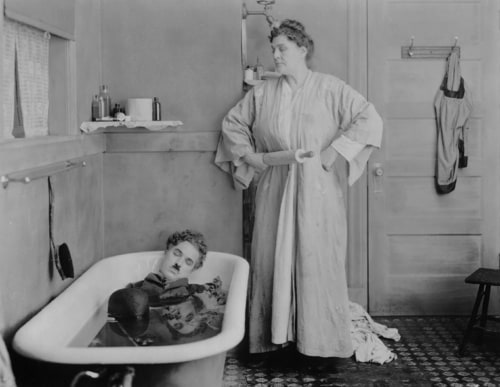 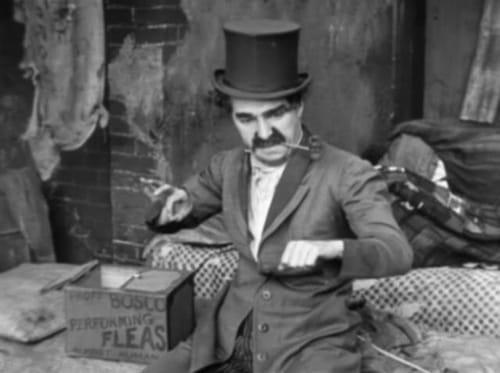 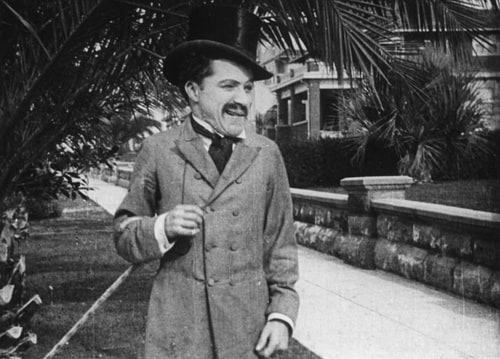 Humor heightens our sense of survival and preserves our sanity.

We think too much and feel too little. More than machinery we need humanity more than cleverness, we need kindness and gentleness without those qualities, life would be violent and all will be lost. (from The Great Dictator)

All my pictures are built around the idea of getting in trouble and so giving me the chance to be desperately serious in my attempt to appear as a normal little gentleman.

I do not have much patience with a thing of beauty that must be explained to be understood. If it does need additional interpretation by someone other than the creator, then I question whether it has fulfilled its purpose. - Charles Chaplin

He is the only person to have gone down into cinematic history without any shadow of a doubt. The films he left behind can never grow old. - Andrei Tarkovsky

A ranking of every Charlie Chaplin film I've seen, besides the bad film Making a Living.

All of these films were released on bluray in either the USA or the UK and they're worth getting.

I'm Chaplin - The Tramp by almaseletiva

Traded in my cigarettes by maddiee

The Evolution of Charles Chaplin by abayo

Photos by Carl Fischer by Loren

Couples 'A' by Yovita