my painful to read 2019 movie diary

This is the exact type of movie I love to shit on, but I can't really tbh because it was well-made. While the protagonists of this movie aren't too easy on the eyes and it does milk certain dumb horror tropes, Hereditary does not rely on jump scares like other shitty modern horror movies, and instead develops a fantastic sense of dread, psychological terror and deadly foreboding through great storytelling.

I really enjoyed The Witch (2015) and this was similar since it depicts a family unraveling at the hands of disturbing supernatural powers. If you don't want to see deformed children decapitating pigeons or getting their skulls smashed open, you should probably stay away from this. If you do want to see Toni Collette scream like a wild dog and mentally abuse her ugly son for 2 hours, give it a try!
Severin Severin's rating: 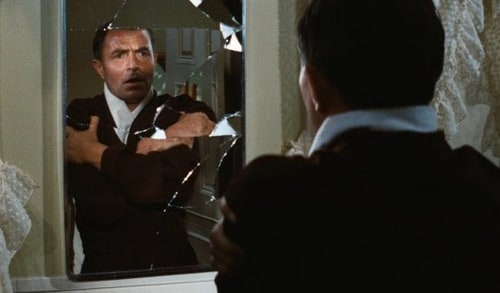 This movie is seriously a masterpiece. Although I do admit I laughed at James Mason's over-the-top acting more than a few times throughout, but it was more like cheering him on because he's a cool guy.

This is one of the most crazy and startling portraits of addiction I've ever seen. Mason's character completely snaps after getting hooked on a life-saving drug that is both destroying him mentally yet healing him physically.

He verbally and psychologically abuses his wife and son until he goes nuts at the end and gives an astonishing rant about Abraham being wrong for not killing Isaac.

He goes m e n t a l and it's a delight to watch a magnificent actor like Mason give his finest acting under the guidance of virtuouso Nicholas Ray. The cinematography, color scheme, script and supporting cast are all A+ and I already know that this is probably gonna be my fav movie I watch all year.
Severin Severin's rating: 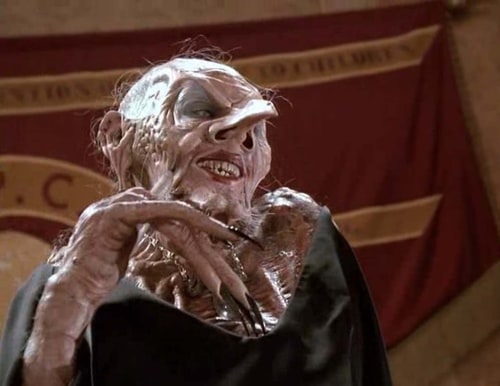 It was probably my fault as I should've remembered that this film is supposed to be based on the Roald Dahl novel and it's a kid's movie etc but holy shit this movie is infuriating.

The opening scene is amazing: an old woman tells her grandson myths about Norwegian witches who victimize children. One child is snatched and becomes stuck in a painting in her parents' home forever. The sets in Norway are captivating and magical.

And then enters the annoying she-beast Anjelica Huston with a horrible weird accent which I guess is supposed to sound witch-like but just sounds retarded. She turns the main character, the most irritating child ever, into a fucking mouse and then it's a mouse movie for the last half.

It was excruciating. I usually love Nicolas Roeg movies but this one destroyed my brain cells like who in their right minds wants to see anthropomorphic mice screaming for half a movie unless it's some masochist who loves Stuart fuckin Little and that ain't me.
Severin Severin's rating: 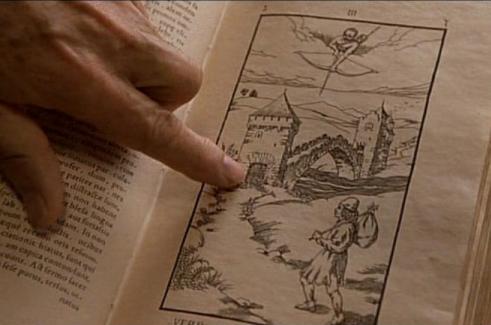 Johnny Depp has the emotional range of a cardboard box. In this movie, we are subjected to endless closeup shots of his expressionless face. Demons? Sluts? Fire? It ain't no effect on him. This dude annoys me to death I couldn't tolerate him in this movie jfc.

Probably Polanski's worst movie that I've seen yet. Just an absurd and boring plot idgaf about, random naked bitches, supernatural stuff that isn't developed enough on, a horrible twist ending and other cliches. The only reason I'm giving this a 4 is because Frank Langella goes apeshit at the end and it's funny af.
Severin Severin's rating:

Omg.... After seeing all the memes about this movie I was pumped to watch it but it was just so brutally BORING and B A D. Not even in an amusing way, but 99% was pure shit and poorly pieced together scenes that I couldn't even laugh at even when high.

If you watch this be extremely inebriated, I'm warning you. Or just skip to the good parts like "not the bees" or Nic punching a bitch in a bear costume in the face. This movie is an iconic piece of Cage history but it might be hard to get through without dying of ennui.
Severin Severin's rating: 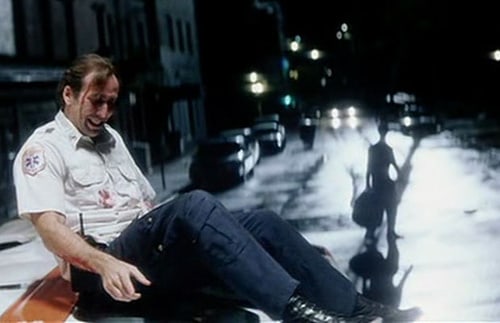 This movie tries wayy too hard to be a 90s Taxi Driver. Some of the dialogue and shots are word for word Travis Bickle. Except this time it's old St. Nic as a burnt out NY paramedic. This movie is just exceedingly strange and depressing and unpleasant, but ends on the cheesiest cornified note ever.

Not an enjoyable viewing experience or a good movie for that matter, but it's a must watch for Nic Cage worshippers such as myself.
Severin Severin's rating: 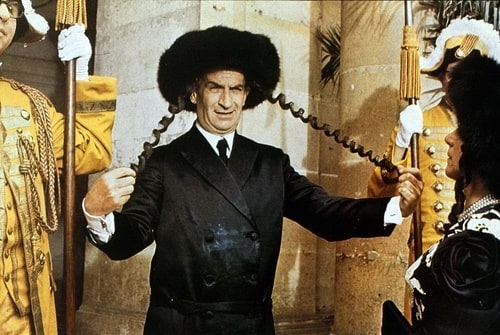 What happens when a crazy French dude and an Arab terrorist go undercover as Jewish rabbis in New York? Complete and utter madness haha!

For some reason, this movie was way funnier and entertaining than it technically should be. It's fast paced and combines 1970s adventure/on the road genre (I think The In-Laws 1979 may have ripped off this film a bit) with the most moronically hilarious comic talents of Louis De Funes and it becomes impossible to hate this.
Severin Severin's rating:

I won't really devote too many words to such a masterpiece but let's just say I was high in a movie theater with my manz so I was spared the full brunt of suffering this movie could have caused me in any other circumstances, and I even managed to laugh at a few jokes. But maybe too loudly because I was blazing 420. I really do hate Will Ferrell though and I hope he and John C. Reilly realize they've worn out their Step Brothers shtick and move on to something better. Like, retirement maybe?
Severin Severin's rating: 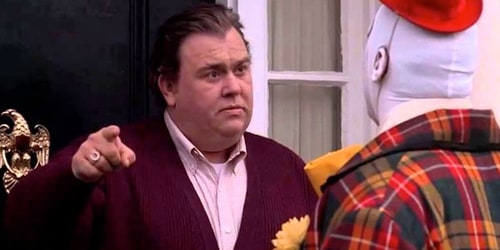 I never really gave a shit about John Candy bc I thought he was just a generic "funny 80s fat guy" the way Chris Farley was for the 90s. What I found is that while this movie is cringeworthily dumb, Mr. Candy has a unique and indelible sense of charisma that just borders on annoying.

I can't stand the Home Alone kid, or the cunty teenage daughter in this movie and the other one dimensional characters created to contrast how supposedly wacky and quirky Uncle Buck acts, but it's fairly amusing so I won't be too pretentious in my review also. Just watch the scene where John Candy yells at and abuses a clown it's good. 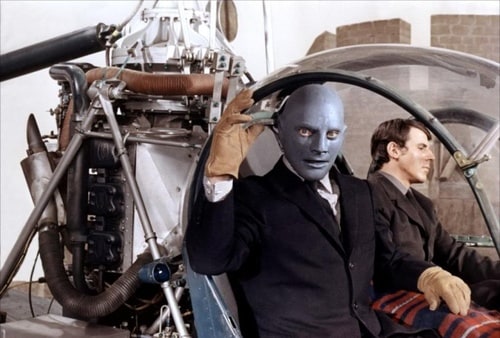 I really pity those who aren't enlightened on the brilliance of the blue-skinned French supervillain Fantomas. Having seen the first 2 films of the series, I decided to go full dumbass and watch the final one too.

These films have a distinct formula:

1. make Fantomas act like a huge badass when he really just looks like a guy with a terrible skin problem who needs immediate treatment

2. utilize the greatest French comedian of all time, Louis De Funes, to do his usual shtick of pulling weird faces and acting shocked repeat 100x

If you're into cheesy and so bad-it's-good 1960s cult movies and old French comedies, watch this. Or Fantomas will rob you and kill your children.
Severin Severin's rating: 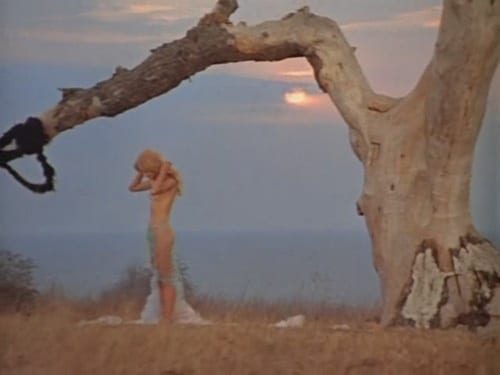 Aesthetically, this movie is like candy. If you want to get your fill of beautiful Russians with icy demeanors in frosty elegant landscapes, this is your forte. If you expect a wimpy Disney style corny happy ending adaptation of the Hans Christian Andersen classic, just gtfo.

Tragedy is what happens when our beautiful blue haired turned blonde mermaid protagonist lusts over a twinkish gracile prince who she can never have. But then again she is a resourceful and determined sea demonness with a heart of gold

Music Diary 2020: When the Sun Goes Down by PulpRoman

The best films produced in Italy by sdepy83

my half assed 2018 movie diary by Severin Severin

The Gleaming Knife of Giallo by Severin Severin

actors who regularly starred in giallo films by Severin Severin