7.9
The Nightmare Before Christmas
Kami's rating: 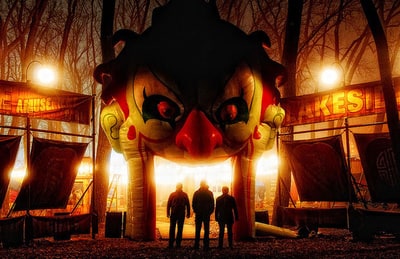 I knew this movie was definitely not going to impress me, after the first installment had disappointed me fairly already but wow, Revelations defined disappointment for me on a whole new level.

First of all the movie wasn't what Silent Hill is to me. Besides keeping many tracks from the original game soundtrack they messed up everything else in my eyes. I can't help it that they only want to loosely follow the game's plot but that isn't what happened here. Heather goes through a completely different nightmare'ish adventure but still all the characters keep their names and it's so confusing for people who played the superb game. Of course that is partly the fault of the first movie which already took a different route and now they had to continue from there somehow. But Revelations gave me the feeling that they didn't even try to make it good. Even to a scaredy-cat like me none of the scenes made me react with anything but laughter. The actors are so-so I guess, the plot is so boring and crude that I almost cried at all the potential from the game they chose to throw away and there's no atmosphere at all. I'm so mad at how many details they failed to portray correctly so let me just express myself a little differently.

Dear Mr. Director,
-Please don't put Pyramid Head and Valtiel in the same movie.
-Please don't turn Pyramid Head into some kind of twisted mascot for your films. He's not supposed to be in any of these scenarios if you ever even tried to understand his origin of existence. Also don't make him fight like some kind of Pokemon because that's not accurate.
-When you decide to make a film based on Silent Hill 3 why don't you at least put some actual monsters from that game into the film?
-When you decide to take all the progress on Heather's personality away and give her a boyfriend side-kick, please don't name him Vincent because he is clearly not Vincent from the game and you really don't want to mix up these two.
-And last but not least: Why?

That's all, I really didn't expect this movie to be this bad. They better never make a Silent Hill movie again and work on SH 9.

Watched in January 2011 by El Raulo

Best Scenes of GOT Season 4 (SPOILERS!) by BAMF

The Evolution of Peter Vack by Kami

The Evolution of Mark Strong by Kami

Batman and video games by Kami

My favourite Personas of [P3] by Kami

The Evolution of Pokemon Games by Kami