5.9
Ring 2 (1999)
This sequel failed to carry the tone of the original. There were some tense moments, but without the original protagonist playing a more important role, it just didn't travel as well as the first movie. Although the movie was okay, it ended up being somewhat forgettable in comparison with the first. 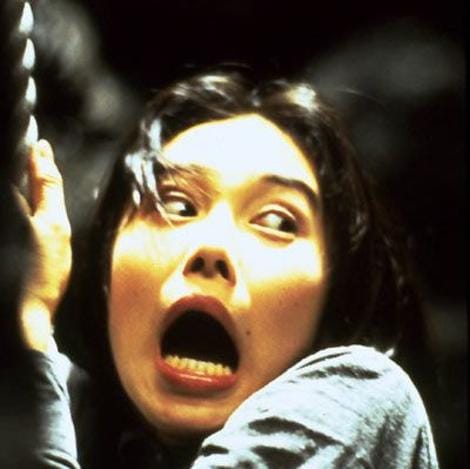 5.4
The Ring Two (2005)
One of those movies where I shook my head at the end. It started out pretty well. The story started to develop, the original surviving characters were still around, and... it started to lose focus. Or maybe it just got boring. Either way, I ended up shaking my head at the end, since the final scene ended up feeling less like a horror movie, and more like a supernatural action movie. I just wasn't feeling this movie at all.

However, if you get your hands on the DVD of this movie that has all the special features, there is a short film that delves into the young male character that you see at the very beginning of the film. Actually, this little short film feature is way better than the entire Ring Two film, so if you get your hands on that, check that out, and forget about the main movie.
Joseph Grey's rating:

5.5
A Nightmare on Elm Street 2: Freddy's Revenge... (1985)
I did get around to seeing this one recently. Unfortunately for this sequel, the characters aren't as good as those in the first movie, or even the third or fourth movie... 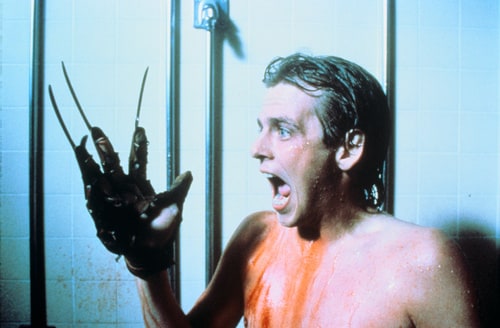 This is the Nightmare on Elm Street movie that is least talked about. It seems most of the franchise fans skip right over this one, and pretend it didn't happen. I'm sure there are folks that like it, but I haven't met one yet. Most horror fans seem to laud the first and the third films as their favorites, making this one somewhat of a sleeper... 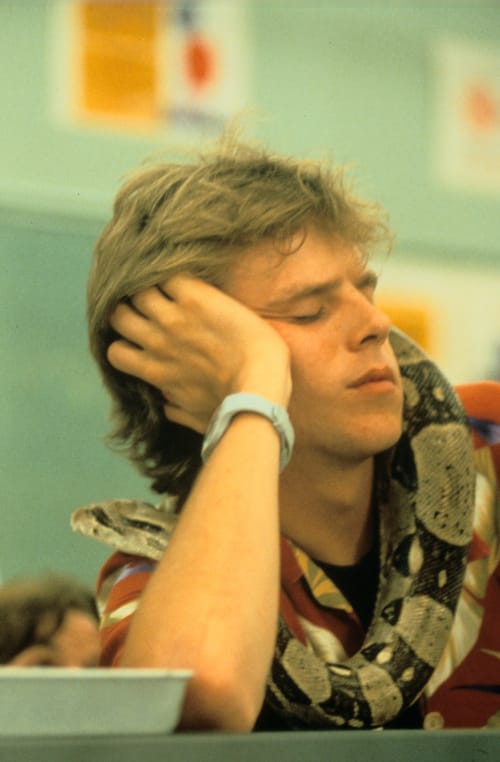 6.5
The Lost World: Jurassic Park
The Lost World isn't a bad movie. But the plot feels forced, like maybe there shouldn't have been a sequel in the first place. 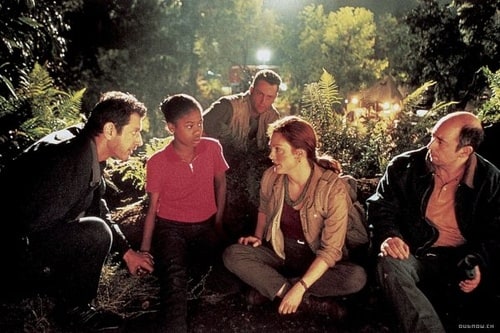 There is more action and more characters, but it doesn't make the movie any better than the first. In fact, the most interesting and memorable characters are played by Pete Postlethwaite and Peter Stromare- Tembo and Stark- minor characters. 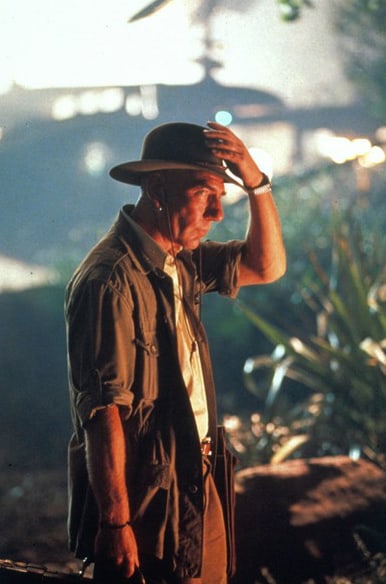 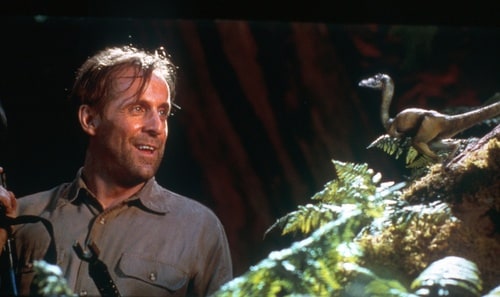 The relationship with Ian Malcolm and his daughter seemed forced- like maybe the producers forced a child into the storyline, whether it was in the original script or not. 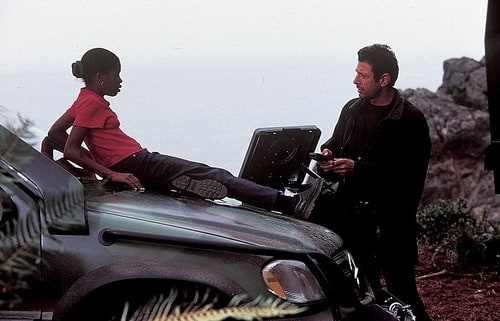 Overall, the film is bigger, with a weaker foundation than the first.

6.6
Saw II (2005)
Saw II should have been taglined- "The ultimate journey for franchise cash." 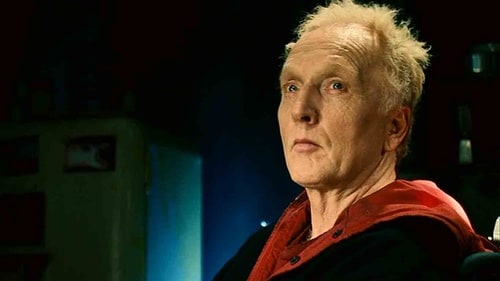 The first movie really hit me where it hurt, and I didn't know what was going to happen from one minute to the next. I was affected by the first film, and provoked into respecting the movie and it boldness.

However, the sequel felt more like and exercise in killing a house full of people, which is pretty much what happened from the beginning to the end of the movie. It was obvious that they introduced more characters in this movie so they could kill more people in over elaborate ways. The movie lacked the focus that the first film seemed to have. 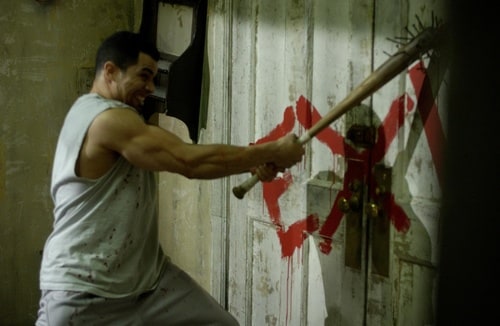 You see this screen cap here? This is what I felt like the whole time I watched this movie. 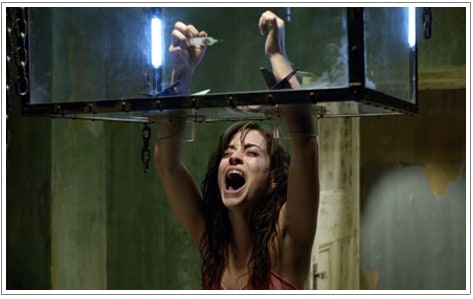 Just imagine she has a wad of money in her hands instead of that needle. The Saw sequels take your money, and they'll kill you before letting you get any of it back.
Joseph Grey's rating:

6.1
Mission: Impossible II
The Mission Impossible movies, starring Tom Cruise, now number four movies. The first one wasn't my favorite, but it was well done, and had good action. 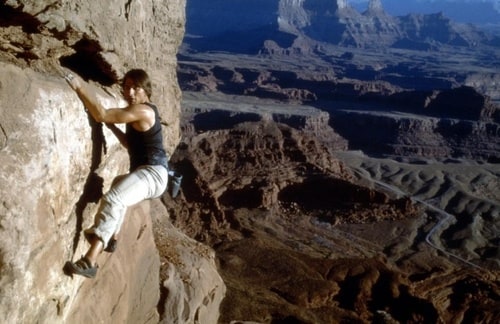 But the second movie... felt like watching Tom Cruise flexing his ego for two hours. The story got lost somewhere between action scenes involving the Ethan Hunt (Cruise) character taking down a dozen baddies all by himself. 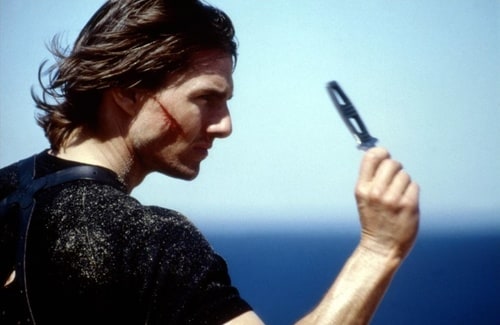 The team vibe of the first movie was completely gone, and the movie seemed to spin out of control in the last twenty minutes.

The only thing I did like about the movie were Ving Rhames and Thandie Newton. 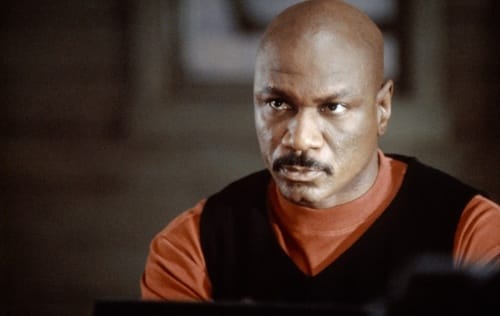 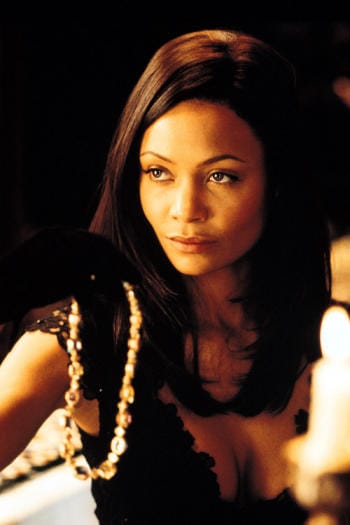 Too bad they weren't in it that much. I guess the film makers needed to make more time for-
Cruise on a wall 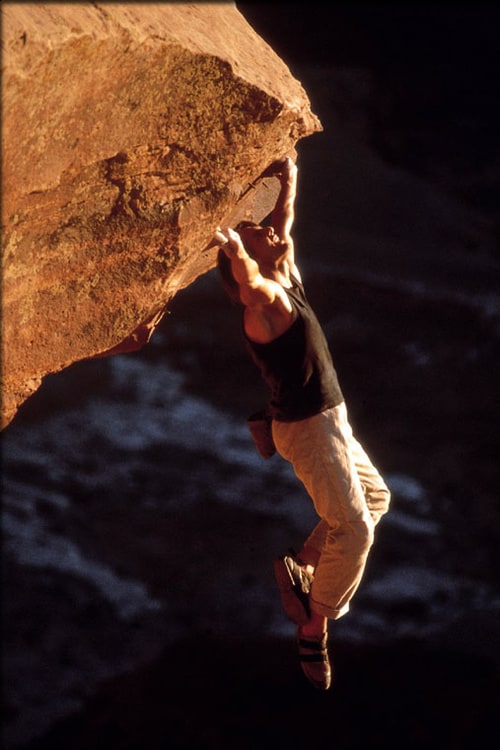 and Cruise on a motorcycle 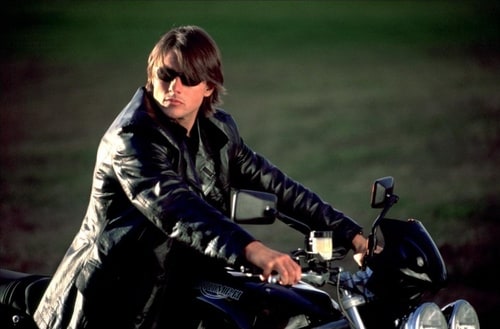 6.9
28 Weeks Later
Based on the few conversations I've had with people, they seem to like this sequel more than 28 Days Later. 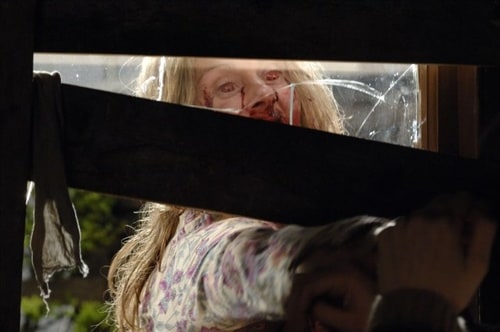 I have no idea why. The only really striking and worthwhile moments in 28 Weeks Later happen in the first ten minutes of the movie. After that, an incredible amount of implausible events drag the characters from place to place. The completely unguarded wife of Don, in a dark room with no surveillance... yeah, that made perfect sense- to anyone in a fourth grade writing class. And the super human, heat seeking zombie Don, who can dodge napalm just by stepping into alleyways. He must have been clairvoyant too, because he always managed to stay one step ahead of our fleeing characters, right up to the end of the movie. 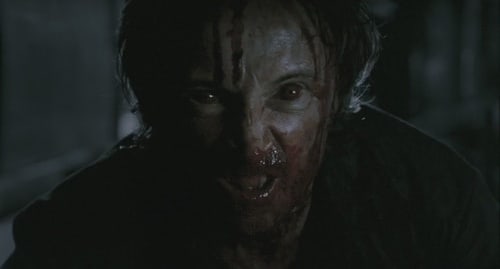 This movie increased the violence level from the first movie, but lowered its IQ.
Joseph Grey's rating:

5.9
2 Fast 2 Furious (2003)
I don't know what kind of commercial success this movie was. But it was bad enough to make the first one seem pretty decent. It felt two dimensional and stale. I think the actors were showing up and doing just enough to pick up their check at the end of the day. They probably had more energy at the press junket advertising the film than they did acting in it.
Joseph Grey's rating:

Absent are all of the lead characters of the first movie. Much of the movie takes place within an abandoned outpost, and the plot is something I probably shouldn't try to explain. 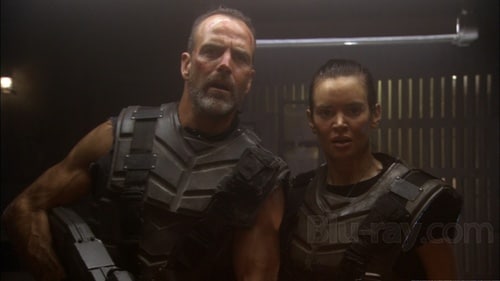 Captain Dax is on the left. He's the main character, and even he looks confused.

Okay, I'll cave and tell you a little about the plot. It involves bugs living inside of people, controlling them and such. It really doesn't fit well with the storyline of the first movie. By the end of this sequel it feels like the only thing that carried over from the first movie to the second is the uniforms.
Joseph Grey's rating:

Unfortunately, the second film plays off like a standard 'catch/kill the monster' movie. The last ten minutes has some disappointing head shaking monster scenes. While the second film is more graphic than the first, it seems more like the content of the second movie is trying to compete with the first, instead of tell its own story. 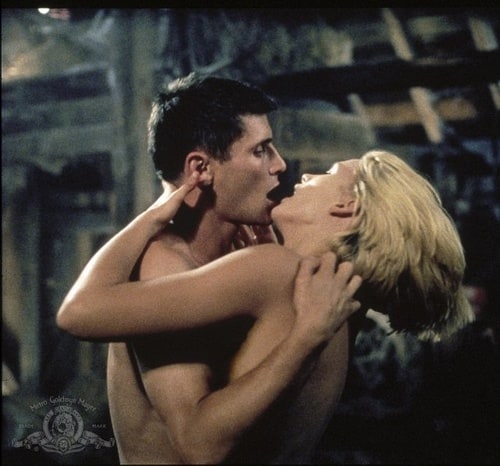 Species II was a bit of a let down.
Joseph Grey's rating:

5.2
The NeverEnding Story II: The Next Chapter (1990)
I watched this movie when it was relatively new. But, even as a kid, I could tell that this movie didn't have the same spirit that the first movie did.

The Evil Sorceress storyline just didn't work for me. The first movie didn't even need an actual evil character for the story to move forward.

Despite the fact that Jonathan Brandis was a better actor as Bastian than the original kid, the rest of the movie just didn't live up to the original.

3.3
Xtro II: The Second Encounter (1990)
Let me start by explaining about the movie Xtro.

I hated the movie Xtro. In fact, one of the reasons I started my 'rediscovering horror' list is because of the number of people that stated they liked it. I wondered if there was something wrong with them, something wrong with me, or whether I just completely misunderstood the horror genre. But to be honest, Xtro was one of those movies that I actually felt angry that I took the time to see.

So why is Xtro II on this list? Well, mostly because I watched Xtro II first. It's pretty bad. It rips off both Alien and Aliens, it has poor acting, worse writing, and you don't actually care about any of the characters.

But an even bigger sin, it has absolutely nothing to do with the original. One positive thing I can say about Xtro is, there is no other movie like it. It feels so random and fucked up, you have absolutely no idea why anything is happening, and you're not exactly sure what's happening either.

Xtro II was obviously trying to do something, but it fails to get even close to a watchable movie.
Joseph Grey's rating:

Here's a list of movie sequels that just couldn't live up to their predecessor. I have noticed that there are a lot of 'bad sequel' lists out there. But most of these lists are showing number 3, 4, or 5 in a movie franchise. I'm keeping my list limited to the #2 films in a franchise, to stay more focused.

Clearly I need to add a few more items to this list. I'll add more soon.

Demons in the Cinema by xolmis

Best movies of 1995 by the giraffe

My Photographs by Joseph Grey