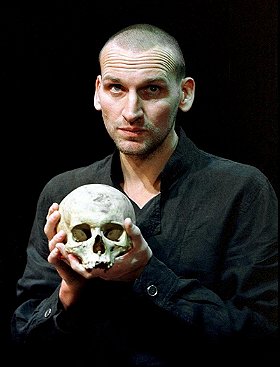 In his film career he has starred as a leading man alongside a number of major actresses, such as Renée Zellweger in A Price Above Rubies (1998), Cate Blanchett in Elizabeth (1998), and Cameron Diaz and Jordana Brewster in The Invisible Circus (1999), and Nicole Kidman in "The Others".

In addition to his successful film career, he has continued to work in his favourite medium, appearing in some of the most challenging and thought-provoking British television dramas of recent years. These have included "Clocking Off" (2000) and Flesh and Blood (2002) (TV) for the BBC and Hillsborough (1996) (TV), the Iago character in a modern adaptation of Shakespeare's "Othello", and the religious epic "The Second Coming" (2003), playing Steve Baxter, the son of God.

His stage career, while not as extensive as his screen credits, has nevertheless shown him to be a formidable actor. He's given intense, focused performances in such plays as "Hamlet", "Electricity" and "Miss Julie", for which he received excellent reviews.

A very highly regarded actor, Eccleston has twice been nominated in the Best Actor category at the BAFTA Television Awards, the UK's premiere TV awards ceremony. His first nomination came in 1997 for "Our Friends in the North". Although he didn't win those awards, he did, however, triumph in the Best Actor categories at the 1997 Broadcasting Press Guild Awards and the Royal Television Society Awards, winning for "Our Friends in the North". He won the RTS Best Actor award for a second time in 2003, this time for his performance in "Flesh and Blood". In 2005 he received the Most Popular Actor award in the National Television Awards for Doctor Who.

Is a supporter of Manchester United soccer club.

Was the first actor to play the title character in a "Doctor Who" story to be born after the show first commenced in November 1963.

He follows in a long line of distinguished actors to have portrayed the character of Doctor Who on screen. William Hartnell, Patrick Troughton, Jon Pertwee, Tom Baker, Peter Davison, Colin Baker and Sylvester McCoy all played the role in the television series, while Paul McGann played the role in the 1996 TV movie.

He has retained his Lancashire accent.

His earliest memory of watching "Doctor Who" (1963) is Patrick Troughton in the black-and-white episodes of the late 1960s.

Cast in Terry Gilliam's 'The Man who Killed Don Quixote', but didn't film any scenes before production closed down. In the documentary _Lost in La Mancha_ (2002) his photograph appears on a pinboard featuring photos of the cast.

Emailed old friend writer/producer Russell T. Davies and asked to be put on the list of possibles for the title role in the revival of "Doctor Who" (2005) series. He has claimed in interviews that he was not a fan of the original "Doctor Who" (1963) and was really attracted to take the part because of his admiration for Davies as a writer.

The BBC has recently admitted that they announced his departure too early. It was agreed back in January that he would only do one series and a Christmas special. The announcement of his depature should have be made about halfway through the new series run. [April 2005]

Turned down a role in Steven Spielberg's Saving Private Ryan (1998).

Is one of three "Doctor Who" actors who portrayed The Doctor on TV to appear in an episode of "Casualty" (1986). The others are Colin Baker (I) and Sylvester McCoy.

He is a vegetarian.

He passed his driving test in January 2004 but is only qualified to drive an automatic.

Of the ten actors to play the Doctor in "Doctor Who" (1963), Doctor Who (1996) (TV) and "Doctor Who" (2005), he is the only one who has never worked with Nicholas Courtney, who played Brigadier Alistair Gordon Lethbridge-Stewart in the former from 1968 to 1989 as well as in numerous Big Finish audio dramas.

He is the younger brother of twins Alan Eccleston and Keith Eccleston.

Uncle of Peter Eccleston and Rebecca Eccleston, who acted with him in Let Him Have It (1991).

One of his co-stars in Let Him Have It (1991) was Mark McGann, who is the younger brother of Paul McGann, his immediate predecessor as the Doctor.

5. Would I Lie to You?
View all Christopher Eccleston TV (48 more)

Agent Kermit D. Fonz voted for an image 1 month ago

All the Doctors (16 person items)

shotswerefired added this to a list 11 months, 1 week ago

" "I think Gary Oldman is as fine an actor as Daniel Day-Lewis, but Gary is not double-barrelled. You might say Daniel has made better choices, but Gary Oldman’s Oscar was massive to people from my background.""

fullfathom added this to a list 1 year, 11 months ago
A New Bond (9 person items)

unicornsugar added this to a list 3 years, 9 months ago
Faces: The British Isles (185 person items)

nikkifoxrobot added this to a list 4 years, 7 months ago
Sexiest Men of All Time (96 person items)

Nikki added this to a list 5 years, 3 months ago
Across the Pond (98 person items)

Nikki added this to a list 5 years, 3 months ago
Brits Do It Better (20 person items)

SanyoMute voted for an image 6 years, 5 months ago