The Evolution of Superman 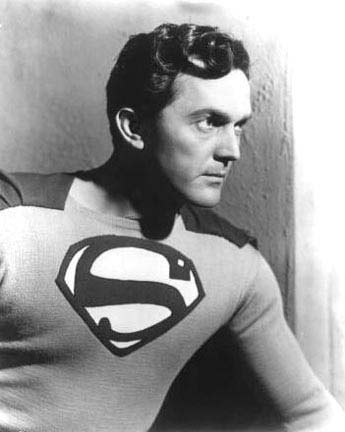 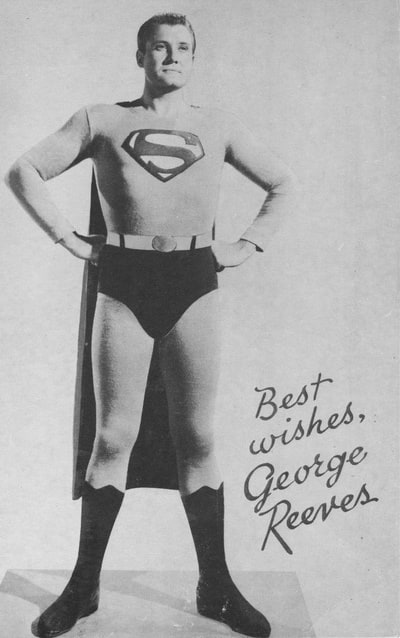 Faster than a speeding bullet. More powerful than a locomotive. Able to leap tall buildings in a single bound. Look! Up in the sky. It's a bird. It's a plane. It's Superman! Yes, it's Superman - strange visitor from another planet who came to Earth with powers and abilities far beyond those of mortal men. Superman - who can change the course of mighty rivers, bend steel in his bare hands, and who disguised as Clark Kent, mild-mannered reporter for a great metropolitan newspaper, fights a neverending battle for Truth, Justice, and the American Way. 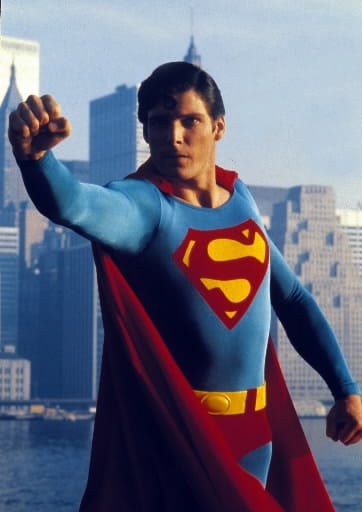 Chris Reeve who's role as Superman still holds major influence even today will always be remembered as the Ultimate Boyscout as he brought the character of Superman to make us believe that he was real. 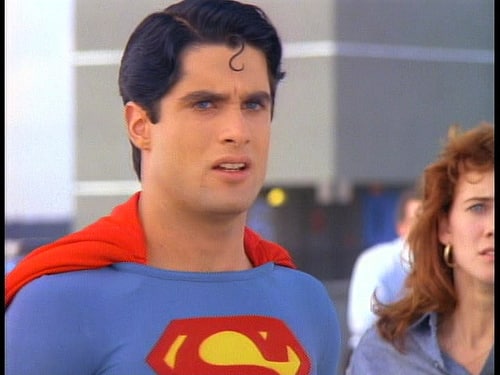 This live action series was produced by Alexander and Ilya Salkind, producers of the Superman movies starring Christopher Reeve. The Viacom Superboy series lasted four seasons and was distributed through the syndication market in America, debuting October 8, 1988. 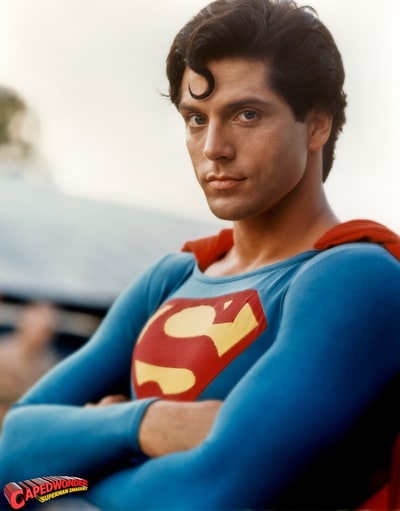 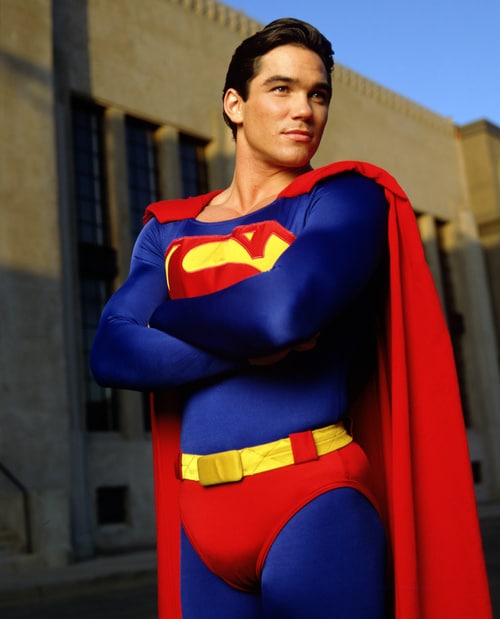 Lois & Clark: The New Adventures of Superman was produced by Warner Brothers and primiered on ABC network in America in the Autumn of 1993. For four seasons and 88 episodes Superman fans worldwide were captivated by this new look at the Superman legend, and by the chemistry between stars Dean Cain and Teri Hatcher, and its popularity was reflected on the internet. Although ABC promised fans a fifth season, it was announced on May 21, 1997 on America Online that the show had been cancelled, and no new episodes would be made. 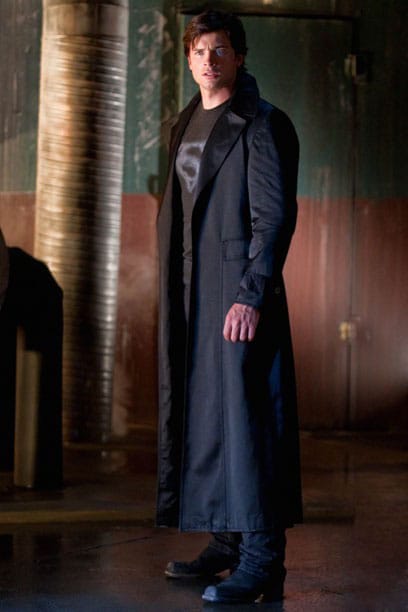 In September 2000 the WB network announced that it was ordering up 13 episodes of an hour-long TV show featuring a teenage Clark Kent, dealing with his emerging powers prior to taking on the mantel of Superman. 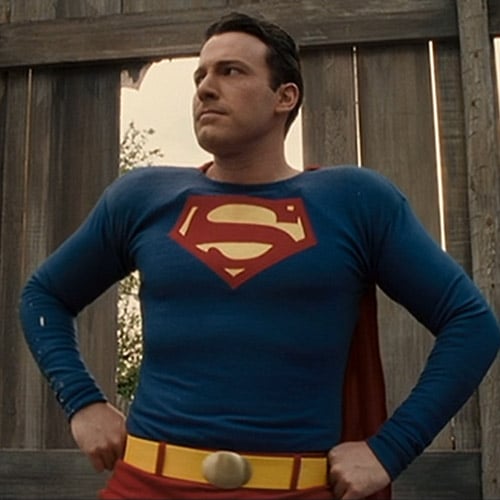 Okay technically Ben Affleck only portrayed George Reeves the actor who played Superman in the 50's in the movie Hollywoodland. But he did wear the suit so he's on the list. 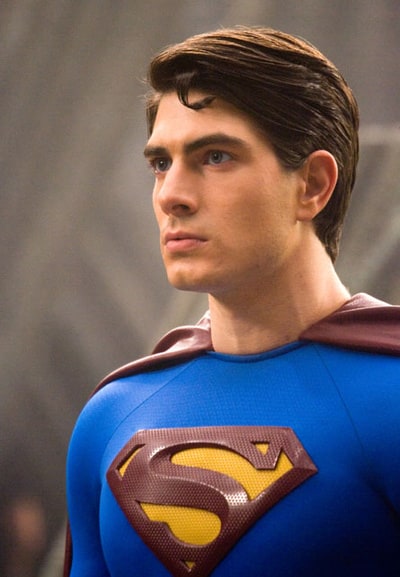 Following a mysterious absence of several years, the Man of Steel comes back to Earth in the epic action-adventure Superman Returns, a soaring new chapter in the saga of one of the world's most beloved superheroes. While an old enemy plots to render him powerless once and for all, Superman faces the heartbreaking realization that the woman he loves, Lois Lane, has moved on with her life. Or has she? Superman's bittersweet return challenges him to bridge the distance between them while finding a place in a society that has learned to survive without him. In an attempt to protect the world he loves from cataclysmic destruction, Superman embarks on an epic journey of redemption that takes him from the depths of the ocean to the far reaches of outer space. 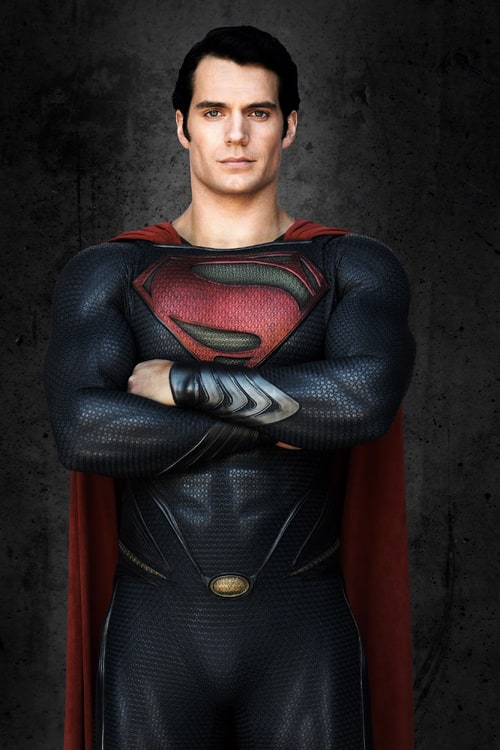 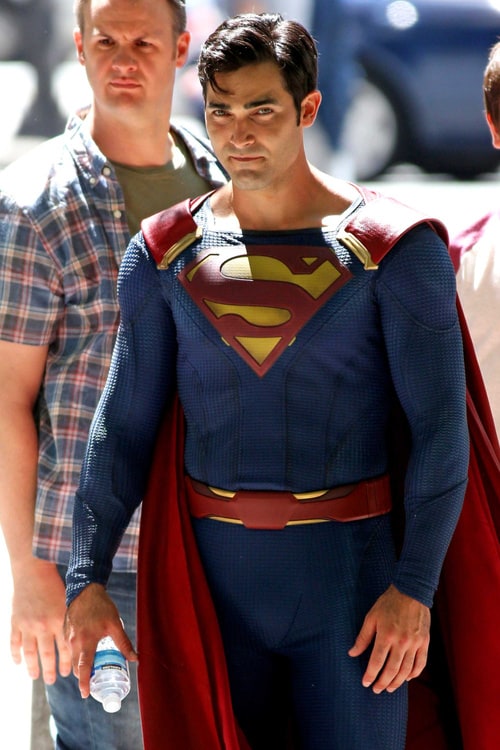 Dude, Where's Your Pants?! by I.T.log

The evolution of Robin Williams by johanlefourbe

I won´t tell you my name by El Raulo

The Evolution of Rhys Ifans by Kami

The Evolution of Seth Green by Maary

The evolution of Clive Owen by johanlefourbe

The Evolution of Stellan Skarsgård by Maary

Top 25 of Hollywood’s Most Amazing Brunettes by nehocb

15 of the biggest summer movie letdowns by nehocb

2012's Most Downloaded Movies on BitTorrent by nehocb