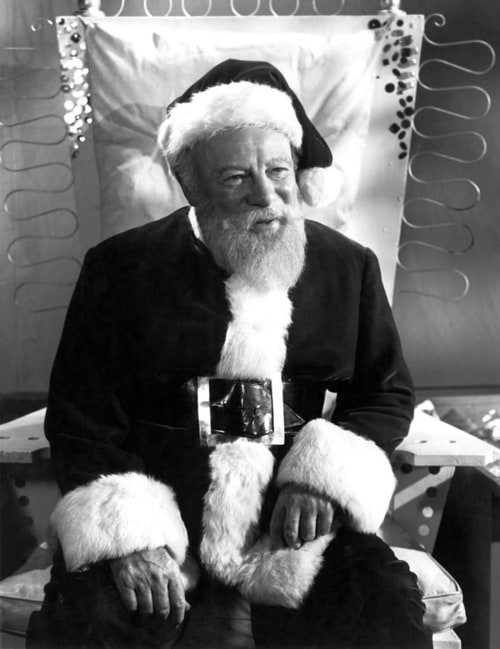 Edmund Gwenn, "Miracle on 34th Street." The gold standard for big-screen Santa Claus benevolence, neither craven businessman, the uncaring legal system, nor any earthly force can stop Gwenn's Kris Kringle from teaching everyone the true meaning of Christmas. Is the movie corny and sentimental? You're absolutely right it is, and proudly so. 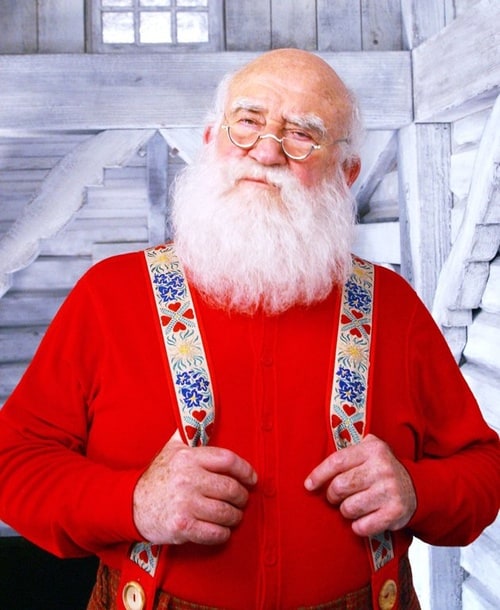 Edward Asner, "Elf." While mainly the story of a man raised as one of Santa's elves (Will Ferrell) tracking down his birth father, you can't have Santa's elves without Santa. Edward Asner quietly embodies all things Santa, especially in contrast with the ersatz department store version with whom Ferrell humorously brawls. 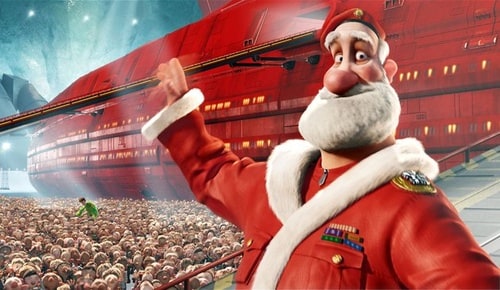 Bill Nighy, Jim Broadbent, Hugh Laurie, James McAvoy (voices), "Arthur Christmas." In which being Santa is a hereditary birthright, with all the problems that entails. After a mix-up involving an undelivered present to a child to whom Arthur Claus (McAvoy) had personally responded, and the resulting snafu involved in delivering it to her, it turns out Arthur is the only one sufficiently imbued with the spirit of Christmas to hold the position of Santa, hence the movie's title. 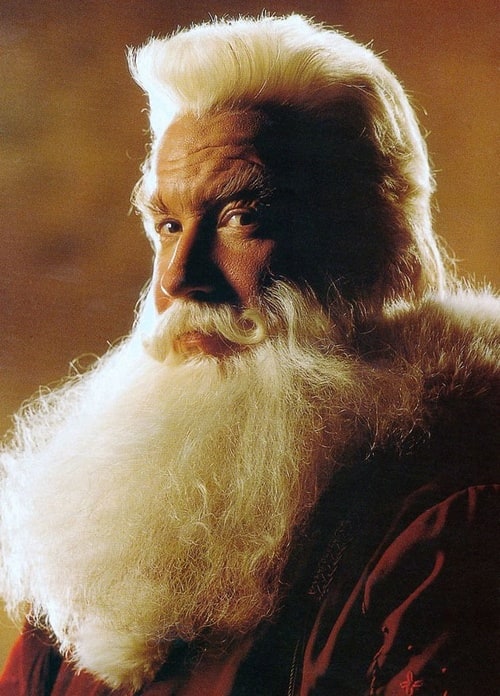 Tim Allen, "The Santa Clause." While this movie was responsible for the irritating tendency of people to misspell "Santa Claus" with an "e" on the end, Tim Allen's character's journey after inadvertently inheriting the responsibilities of Santa Claus is anything but irritating. He grows to be genuinely kind, selfless, and good, and is genuinely admirable by picture's end, quite the achievement for a Tim Allen performance.

7.2
Rise of the Guardians 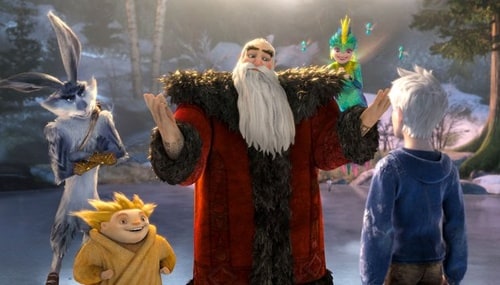 Alec Baldwin, "Rise of the Guardians." First of all, whoever cast Alec Baldwin as Santa Claus is a genius ("PUT. THAT PRESENT. DOWN; CHRISTMAS IS FOR CLOSERS ONLY"). But he brought a disarmingly goofy Russian accent to the role, and for all the movie's hyperactivity and zaniness there is a genuine affection and reverence toward Santa Claus in it, and this ensures a place on this list for Baldwin's Santa. 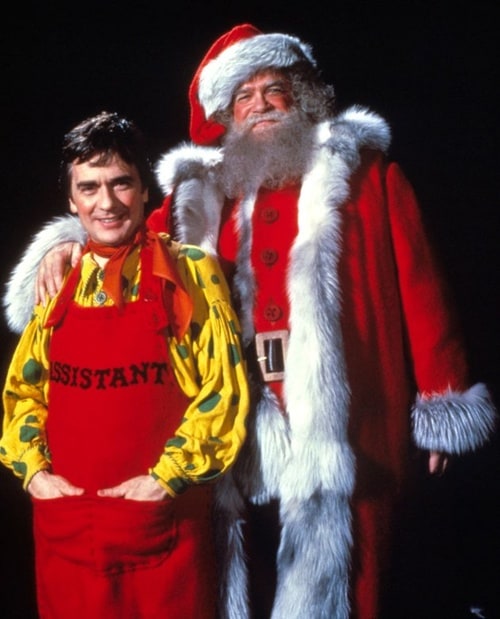 David Huddleston, "Santa Claus: The Movie." The title is a subtle clue that we're dealing with a film that's wholly on the big guy's side, and this one doesn't disappoint in that regard, giving us an origin story for Santa Claus. Unabashedly, defiantly old-fashioned at the time of its release, "Santa Clause: The Movie" is worth a look, with the Big Lebowski from "The Big Lebowski" as Santa and John Lithgow as an evil toy manufacturer. Spoiler alert: Santa wins. Because he's Santa Claus. 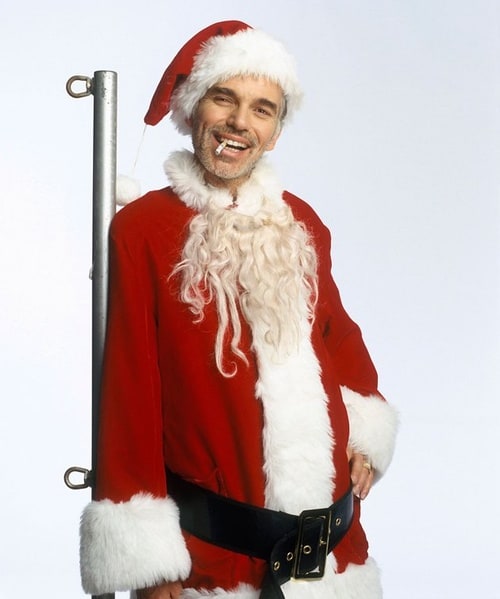 Billy Bob Thornton, "Bad Santa." The capo di tutti capi of degenerate anti-Santas. Thornton's gleefully nasty turn as an alcoholic criminal who uses his job as a mall Santa as subterfuge to pull robberies until an innocent kid who truly believes in Santa undoes it all drives the movie, a jet-black comedy that eventually reveals a heart. Still, the fun part's when Billy Bob really is being the bad Santa, making this a keeper for the "Bah, humbug" crowd. 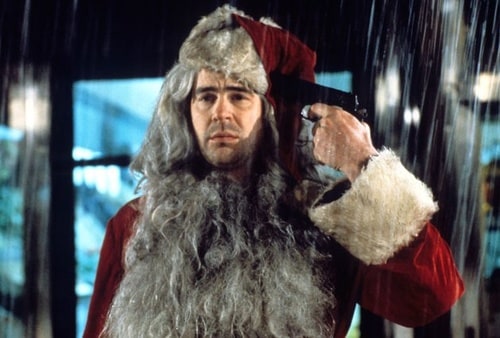 Dan Aykroyd, "Trading Places." After losing his job as part of a cruel bet between bosses Don Ameche and Ralph Bellamy (in which Eddie Murphy assumes his old life, with all its finery), Dan Aykroyd unravels and seeks his revenge at the company Christmas party, where he shows up in the nastiest ratty Santa costume ever, hoarding food and swilling booze, unable to execute his plan to frame Eddie Murphy for drug possession. Foiled, he slinks into the night and faces even more humiliation. Bleak despair has never been funnier, but that isn't, traditionally, the most Christmassy thing. 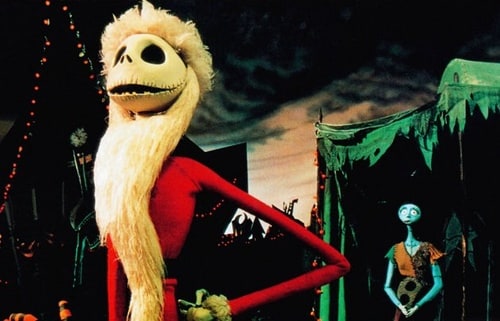 Chris Sarandon, "The Nightmare Before Christmas." OK, technically he's not Santa (just as, really, this is a Halloween movie in spite of the title), but the whole movie's about how Jack Skellington (Chris Sarandon) is completely alienated from the idea of Christmas; he's literally an alien from Halloween town, and when he accidentally stumbles into Christmas town his first impulse is to be a terrifying anti-Santa. Which is awesome, but by definition doesn't win you any Good Santa points. 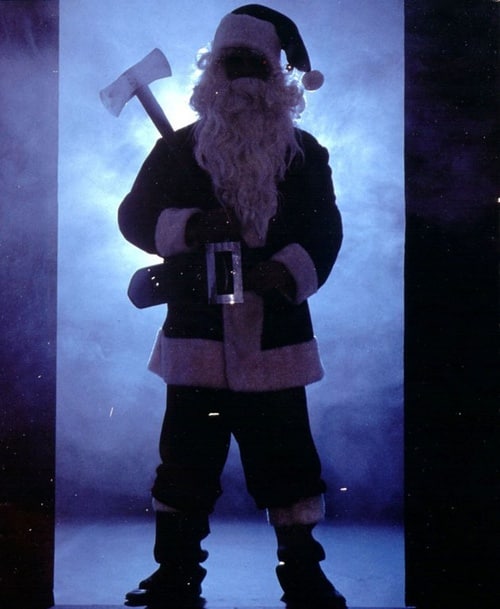 Robert Brian Wilson, "Silent Night, Deadly Night." What says Christmas like a movie about a kid who sees his parents killed by a guy in a Santa suit, and then starts raping and killing people while dressed as Santa? Oh, yeah, deck the halls with filmic folly. Aside from the movie not being any good, one wonders what Santa Claus ever did to the filmmakers to deserve this. 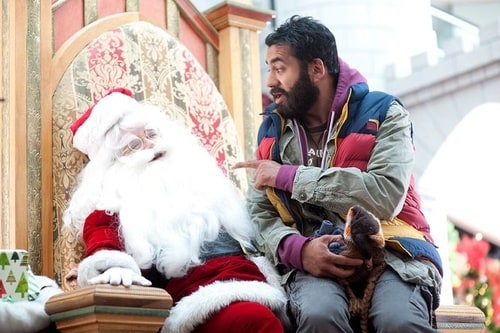 Patton Oswalt, "A Very Harold & Kumar 3D Christmas." An argument could be made for putting Patton Oswalt's marijuana-dealing mall Santa on the "Nice Santas" list, but until more states follow the lead of Colorado and Washington the law requires we tut-tut such degenerate behavior. Oswalt's cameo is very funny and sets the tone for the movie perfectly. But drugs are illegal and bad and Santa Claus SHOULD NOT SELL THEM. Think of the children. 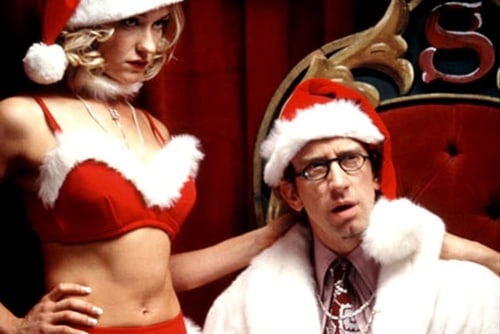 Andy Dick, "The Hebrew Hammer." The ne plus ultra of evil Santas. Not content with merely killing his father and assuming the mantle of Santa, Andy Dick truly lives up to his last name by declaring war on Hanukkah and Kwanzaa so that Christmas can have December all to itself. That right there is as far from the true spirit of Christmas as it's possible to get. If Billy Bob Thornton is Bad Santa, Andy Dick is Worst Santa. 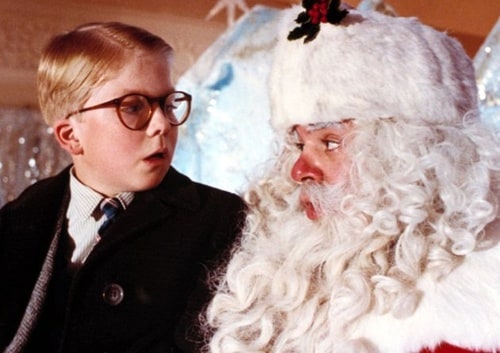 Jeff Gillen, "A Christmas Story." It's a neat bit of irony that the greatest Christmas movie ever made—eat it, "It's a Wonderful Life"—features such a cruel Santa Claus. As protagonist Ralphie waits to tell Santa how much he wants the Red Ryder BB gun for Christmas, he watches each kid, post-Santa lap-sit, get booted down a long slide. The sequence is shot and edited to mirror Ralphie's anxiety as he waits to speak with Santa, and not only that, when he does ask Santa for the BB gun, what does Santa say? "You'll put your eye out." Just what Ralphie's teacher told him. Way to ruin the kid's Christmas wish, Santa. (Of course, that eventually leads to the beautifully understated way in which Ralphie learns the true meaning of Christmas, but that's another story altogether.) 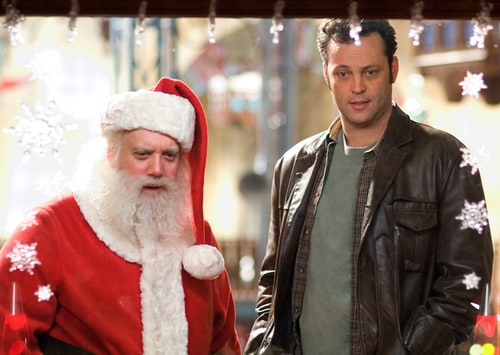 Vince Vaughn, "Fred Claus." Being the brother of Santa Claus isn't easy and nobody knows that more than Vince Vaughn's Character Fred Claus. Starting out as a not so nice character who's bitter and doesn't like Christmas very much or his brother. Though when he moves in with his brother Santa Claus(Paul Giamatti) at the North Pole he eventually sees that Santa's in trouble of loosing his workshop thus ending Christmas for everyone. So what's a brother to do? Fred steps up and tries to help Santa save Christmas by making all the toys and delivering them to all the children in the world thus saving Christmas and Santa. And after it all Fred and his brother start liking each other and Fred becomes a whole new person who likes Christmas.
Christmas draws near, and if there's one thing Christmas isn't complete without, it's Santa Claus. And you'd best believe he's real, otherwise how would there be so many movies about him? Here's a list of some of the nicest movie Santas, as well as some naughty ones as well:

Fashion in 2000 Films by brazilfashion

Welcome To The Grindhouse - Bikers by Alabama1971

Movies watched in theaters 2013 by catcarlo