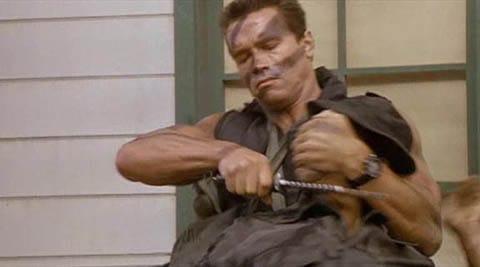 You can't defend Commando on any level above that of a guilty pleasure. But this doesn't matter. The movie is a prime piece of entertainment jam packed full of adrenaline, violence and action.

My review says it all... 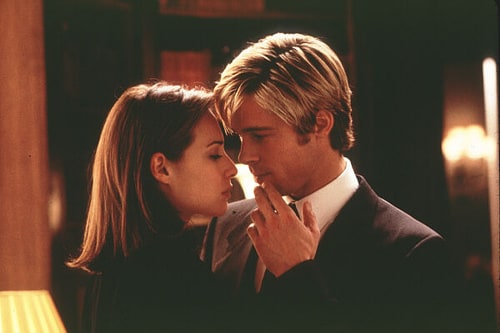 The critical mind will find a lot to hate about Meet Joe Black. Its needlessly long runtime, a number of themes are only tackled at face value, the frustrating inconsistencies, the irritatingly long dramatic pauses, the padding out of the story, and so on.

Yet, this is a film I cherish. It is a motion picture I adore. I love the captivating, subdued acting. I love the score. I love the progression of events. Best of all, despite its 3-hour duration, I love how it never gets boring or tedious. I also viewed this film a number of times during a certain part of my life which I miss, thus it holds sentimental memories.

Meet Joe Black is a textbook example of a severely flawed movie I can't help but love.


"Careful Bill, you'll give yourself a heart attack and ruin my vacation."
PvtCaboose91's rating: 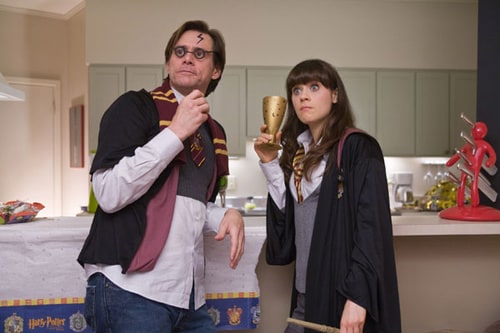 Being someone who takes film rating seriously, I am level-headed enough to admit Yes Man is very flawed. It's so predictable and cliched in terms of narrative structure. It's not exactly a clever film, either. And there's wasted potential. However, I'll be damned if the smile on my face ever faded while I was watching this movie.

The content is stale, but the execution makes all the difference. From the sizzling chemistry between Carrey and Deschanel, to the hilarious antics of Carrey, to the supporting cast (Rhys Darby and Bradley Cooper are particularly good), to the irresistibly quirky music (some of which was sung by the lovely Zooey Deschanel) and the glorious message it delivers (make the most out of life), Yes Man is a home run. It's a film I watch often. Works like anti-depressant medication when I'm not in a good mood.


"The world's a playground. You know that when you are a kid, but somewhere along the way everyone forgets it."
PvtCaboose91's rating: 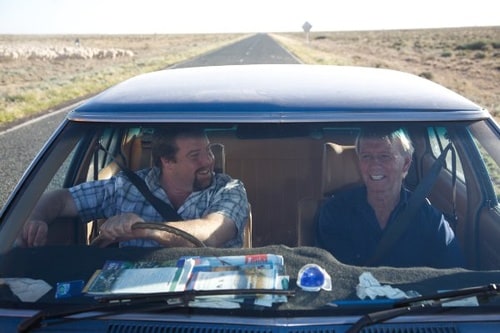 Charlie & Boots is a genuine Aussie gem. I loved watching the movie, and I highly enjoyed the movie, but I still know it's flawed. It reuses the same formula over and over again, there should've been more laughs, it's very conventional, and so on.

But it's enlivened by the excellent pair-up of Shane Jacobson and Paul Hogan. They clearly had a great time together, and their friendship is palpable onscreen. Moreover, there's so much heart and charm here. And, being an Australian, I found the film easy to relate to. It captured the essence of a multiple-day car trip. I easily yielded to its pervasive charm, and I felt bad when I picked out its flaws.


"Do you remember when I was little, you always promised me that one day we'd go and cast a line off the northernmost tip of Australia?"
PvtCaboose91's rating: 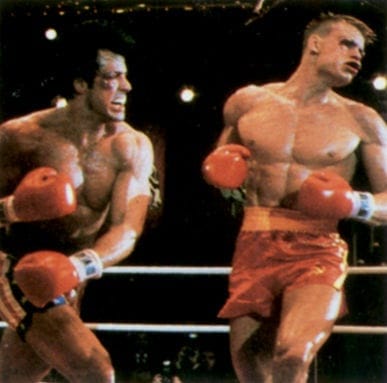 If I was to choose an entry in the Rocky saga that I could watch again and again, it'd be Rocky IV. Don't get me wrong, it's a bad, predictable film with none of the drama that makes the first film so brilliant. But heavens me, this is one awesome '80s action flick.

Combine an unbelievably buff Sylvester Stallone (maybe the best shape of his career) with the impeccable Dolph Lundgren, mixed with Carl Weathers, '80s montages, a Christmas setting, and some kickass boxing... You got a winner on your hands. Crap as a Rocky film, awesome as an action film. 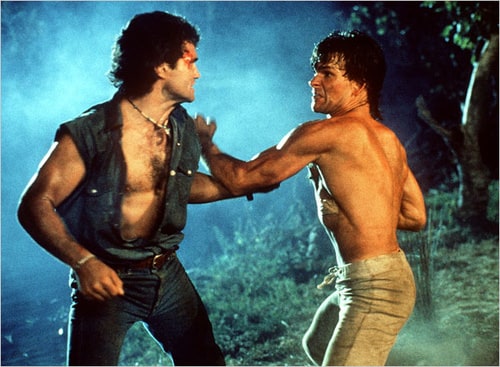 I can't defend this on any level above red-faced guilty pleasure. Why the fuck would you want to bother? Why waste your time trying to find redeeming features from a critical standpoint when Road House does its task of entertaining to the very best of its abilities?

This is the '80s. Road House is therefore in full excess mode, with any excuse for explosions, roundhouse kicks, fisticuffs, shootouts, buckets of blood, glorious nudity and, of course, sex. Patrick Swayze should have capitalised on his potential to be the next Sly or Arnie.

I love this film. It rocks.

Yet another endlessly charming motion picture; a favourite when Christmas approaches. Let's forgo the forever changing rules of the film, and the barely sketched characters... Let's focus on the laughs and the entertainment value. Does it work? You bet.

It feels mean-spirited to not like this film. It's unbelievably enjoyable, very funny and irresistibly charming. I simply fell in love with Love Actually.
PvtCaboose91's rating: 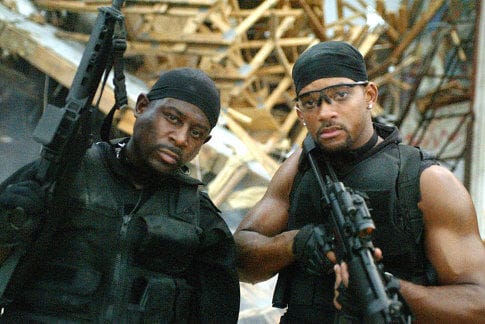 I fucking hate Michael Bay, alright? I hate his style. I hate his excess. I hate his filmmaking tendencies. Got that? Good.

Yet, in spite of this, he did manage to create at least a few enjoyable movies. I know I should hate Bad Boys II, but I can't bring myself to. When the action rolls along, it does almost everything right. Thank God they took the hard R route here. The comedy, too, I admit to laughing at. I feel guilty for finding it so hilarious, but there you go.


"I think we just broke the record for the number of gun fights in one week."
PvtCaboose91's rating: 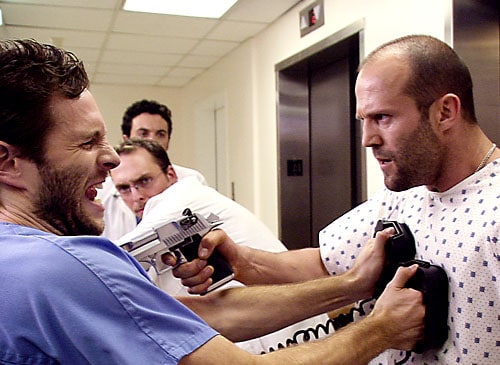 I love myself some Crank. The kinetic style is hilarious, the humour is hilarious, the acting is hilariously hammy, and it's a total blast from beginning to end. Plot and characters are straight-to-DVD level, but the execution makes all the difference.

There's so much action here. The entire film is an adrenaline-pumping, non-stop action rollercoaster. The reason for this is simple... The protagonist can't stop being active, or else he'll die. Nice little contrivance. I like it.


"Does it look like I got cunt written on my head? Who do you think you are fucking with."
PvtCaboose91's rating: 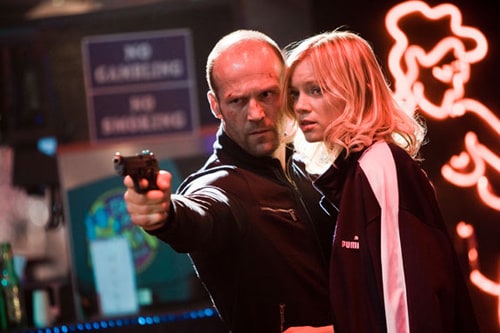 A serious critic will hate this movie. That's the bottom line. And it's a very reasonable reaction. It's derivative, vulgar, frenetic, brainless, stupid... Several other adjectives apply. But who gives a shite? The Crank films do what films are supposed to do: they entertain.

I liked this movie more than the first because there are no boundaries. Everything is thrown out, including the kitchen sink. Just when you think they're out of ideas, the film throws out a Godzilla parody and introduces an unimportant MacGuffin...


"You're Chev Chelios, right? The sickest, most wicked-ist motherfucker that ever vaporized motherfuckers in cold-blood, right?"
PvtCaboose91's rating: 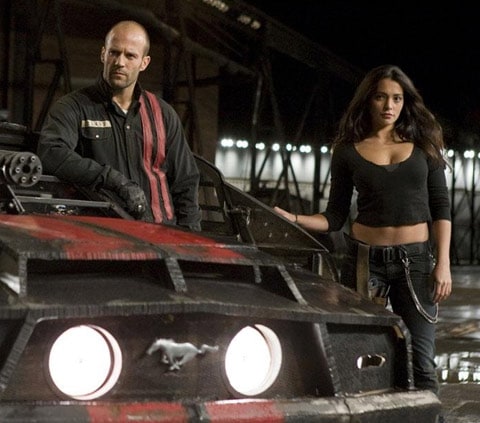 You know what? I watched Death Race to get my pulse pounding and in order to witness oodles of car destruction. It delivered. Oh my word, it delivered.

I can't respect this film as a piece of movie-making. I can't say it's a good, or even a decent example of a movie. But I can say I enjoyed the absolute hell out of it because it has no scruples about what it wants to be: an action film.


"You wanted a monster? Well, you've got one."
PvtCaboose91's rating: 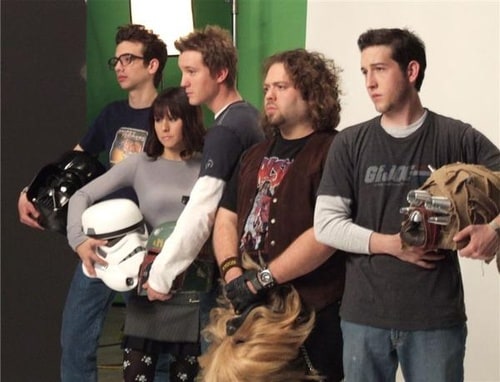 Let's get this out of the way first... Fanboys is fluff. It's predictable, it offers little character development, and it's predominantly a conventional road-trip feature as opposed to something a bit more sophisticated.

Now that that's out of the way, I loved it. It evoked memories of my childhood when I was a Star Wars fanatic, it made me laugh hard and frequently, and the way it depicts the rivalries between the Trekkies and the SW fans...is pure gold. Oh sure, I admit it's not even perfect on its own terms because there shoulda been more wit, but the film is very watchable and very entertaining. One of those films I watch a lot...

These films aren't masterpieces. They are deeply flawed slices of cinemas. Nevertheless, I love these movies. I can't defend some of them from a critical standpoint, but I can defend them for their entertainment value or charm.

Films I Really Wish I Could Love...
8 item list by PvtCaboose91
22 votes

Who's asking for these? by Xanadon't

Worst Movies I've Ever Seen-PERIOD! by The Cinephile

First Impressions by James B.

Stuff About Me by moviebuff15

Films I Hold Close to My Heart by Rossjm

How the mighty have fallen by VierasTalo

Philosophy in Movies: Identity by mom3feistykids

Movies Everybody Seems To Hate Except Me by PvtCaboose91

Movies I Have Made... by PvtCaboose91