A chicken-loving actress goes to see a life coach on her thirtieth birthday,
not having a provisional driving licence spoils a gift from her mother, and an old classmate asks her to make a speech at a school graduation night. 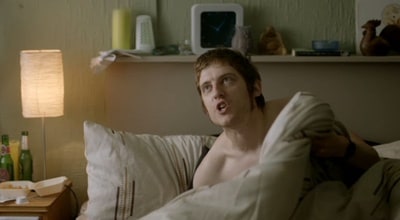 "I can offer you a fresh start. I washed my dick in Dove for you."

Marcella goes to a life coach session that her mum has arranged for her, an unwanted guest who has never seen Friends freaks out her flatmate, and a temp job leads to a suicidal woman who wants a minute to herself. 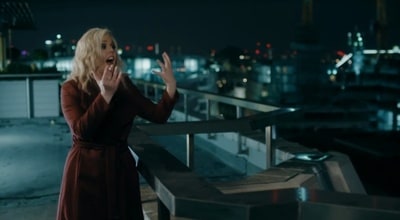 "I'm a... I'm an actor who hasn't acted in anything for four years. I'm 28 grand in debt. Wait! My boyfriend, my boyfriend I was with for twelve years married a girl he knew for six days in Vegas. I've got fat hands."

Marcella's married ex-boyfriend asks her to go to his mother's funeral,
meeting his new wife for the first time reveals a striking similarity, and Caroline and Lucy laugh when their flatmate decides to clear her head. 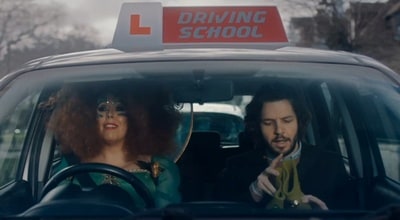 "It's fine, Jon. Your car, your rules. I'm gonna keep the knickers on for a bit, if that's OK with you."

Marcella tries to cry on demand as she prepares herself for an audition, Jon points out that there is more to be grateful for in life than peas, and her brother insists on making changes when he comes out of drug rehab. 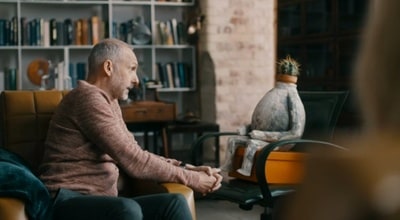 "Marcella, watch me. Now. Hello, Auntie Pauline... Ok, now last Sunday, you said my house smelt like it was haunted by a ghost of an old... shit."

Graham's unimpressed by a story about a dash to a petrol station toilet, Marcella's attempt to cure an actress of hiccups leads to a filming delay, and Bon Jovi comes to the rescue when things get a bit heated with Jon. 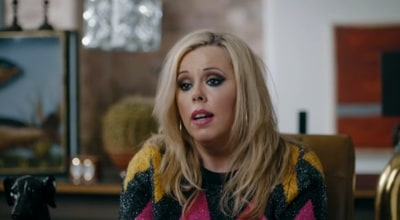 "It's a turn of phrase. You know, lubing me up with a compliment before... bumming me with criticism."

Graham insists that being skint is no reason to end the therapy sessions, Marcella promises that she will speak to Jon about her true feelings, and her dad suggests tough love when he's told that Billy is back on the coke. 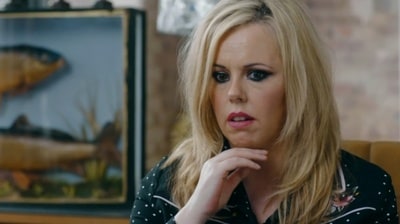 "Yeah, I've been eating out of date bread for 24 hours. I'm gluten intolerant. My chins are swelling."

Marcella talks to Caroline after discovering that Simon has new moves, Billy finds that intervention means having sausages thrown at him, and Jon doesn't know what to believe when a family crisis spoils a day out. 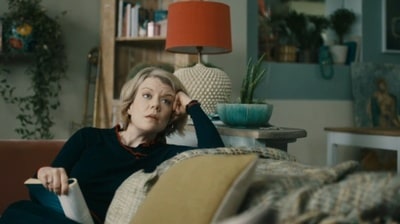 Played by Brendan Patricks
in... Pilot (-)

Played by Caroline Ginty
in... Pilot (-)

Played by Pauline McLynn
in... Pilot (-)

Marcella is an aspiring actress who is trying to get her life back on track following a breakup. Her mum sends her to see a life coach to help her on her way.