0
Jesus Hits Like the Atom Bomb - Tripping Daisy
Not only my favorite album of 1998, but (as those who've paid attention to my music tastes in my lists here are aware) my favorite album of all-time. And it earns that distinction for a few reasons...first off, thanks to my living in their hometown I managed to catch a handful of club shows they played prior to recording this album. At those shows their sets were almost entirely focused on testing the songs they'd been working on, and so I got to hear the early versions of a lot of the songs that made the album & thus saw them evolve.

Also, for me Tripping Daisy was all about pure joy. Their songs and live shows always made me blissfully happy, and this album is the perfect representation of the feeling I walked away with.

Finally, their sound was always a mix of punk, psychedelia, and pop. On this album those influences all came together perfectly & resulted in the creation of their most timeless songs (one reviewer stated the album is Pet Sounds filtered through Nothing's Shocking). There's not a single misstep or weak track on here, and so it saddens me that this album failed to make the huge impact it should have. The reasons it's not a popular album are twofold: first, the band chose the longest song on the album as their first single ("Waited a Light Year", which clocks in at 6 mins and 1 second) & refused to edit it for the radio; and second (and most damaging), changes at their record label (Island) went into effect shortly before the album was released & they lost all the people who were willing to support the album's promotion. So shortly after the album came out & tanked sales-wise, Tripping Daisy was dropped from the label & thus not heard from again (well, not exactly, as they proudly retreated to the underground for the rest of their short career...as a result only their die-hard fans knew what was going on with them).

Favorite song: "Your Socks Have No Name", but this time around I'll share "Our Drive to the Sun/Can a Man Mark It?" instead

0
The Shape of Punk to Come: A Chimerical Bombation In 12 Bursts... - Refused
If there's a punk/hardcore/emo/screamo/etc. album released in the '00s that wasn't influenced by this album, it was probably released by a band that had been around prior to Refused. Otherwise, this album echoes throughout every song by every band that rose in the wake of Refused's demise & showed up on a Warped Tour bill, as well as At the Drive-In's Relationship of Command. The band is only now seeing some financial success, as their 2012 reunion tour dates have all sold out.

0
Without You I'm Nothing - Placebo
"Pure Morning" was my introduction to Placebo, and led to me picking up this album & their debut shortly after. They've grown as songwriters since then, but this album shows them at their glammy best.

Favorite song: "Without You I'm Nothing"

(No disrespect to David Bowie, but this song was better without him hence why you won't hear his voice here.)
the giraffe's rating:

Forget about which song is my favorite, just watch the whole thing...
the giraffe's rating:

0
Pack Up the Cats - Local H
This album should have made Local H a household name, yet they always remained a minor success stuck opening for bands they were better than (they opened for Silverchair & Veruca Salt while touring behind this album, for example). Sure they sounded at times like a Nirvana wannabe (especially their debut album), but over time they showed more range to their sound. And at least I knew what Scott Lucas was singing about most of the time. :P

0
Sorry in Pig Minor - The Cows
Similar in some respects to the Butthole Surfers, The Cows created just the kind of weird-ass music I can't help but love. Definitely not for everyone.

0
System of a Down - System Of A Down
SOAD's debut remains a powerhouse of an album. Why most people failed to get into them until Toxicity will forever remain a mystery to me, but on the other hand it gave me the opportunity to see them play these songs in a small club so I should be thankful. (In fact, at said club show SOAD opened for Incubus, which most of the audience insisted was a far better band. Still makes me laugh.)

0
Trickster - Kidneythieves
I'm a sucker for a beautiful voice like Free Dominguez's, especially when it's attached to NIN-influenced music.

0
Wrecreation - Stanford Prison Experiment
This album remains a staple in my musical diet. The riffs are undeniable, the lyrics thoughtful & intelligent, and the entire album flows wonderfully. SPE could have been huge, and I suspect this album failed to reach a wider audience for the same reasons as Tripping Daisy's (since both were on the same label at the same time). Were it not for an opening slot for Rage Against the Machine in 1996, I might not have heard these guys until right before they broke up in 1999.

Favorite song: "But of Course" which I couldn't find...so here's "Written Apology" instead

0
Ultraman Vs. Godzilla - Orange 9mm
The title alone is worth 10/10, but fortunately the music is great too.

0
E.L.E. (Extinction Level Event): The Final World Front... - Busta Rhymes
Probably Busta's best album, though all of his first 3 albums suffer from the overwhelming amount of skits which serve as little more than filler. Busta was always so weird & fun that it's hard to imagine his albums needing help to appeal to audiences via between-song skits, but I guess he did it because everyone else in hip-hop was doing it at the time. The skits only serve a purpose when tied into his overarching theme of Y2K bringing the end of the world...otherwise they just inspire me to skip to the next song.

Unfortunately for Busta, Y2K would not bring the end of the world thus rendering his gimmick as sillier than it was to begin with. It did, however, mark the end of my interest in his music.

0
Blue - The Jesus Lizard
The Jesus Lizard were one of my favorite bands in the '90s. This album would be their last, and only falls short due to a change in drummers that wasn't for the better. There's some experimentation on here that's really interesting, but not to the extent I would have wanted them to embrace it full time.

0
Visual Audio Sensory Theater - VAST
I have an ex-girlfriend to thank for introducing me to this album. Too bad the band went on to create uninspired, unoriginal music afterwards.

0
Let Them Eat Pussy - Nashville Pussy
At the time this album came out Nashville Pussy were putting on one of the best, most entertaining live shows around. After seeing them one night, I bought this album & still really enjoy it. Too bad the albums that followed were nowhere nearly as good.

Favorite song: "Fried Chicken and Coffee" (which was surprisingly nominated for a Grammy in 1999 for Best Metal Performance) 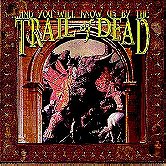 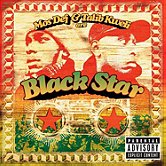 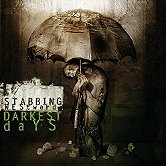 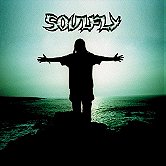 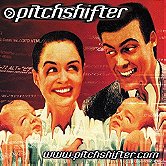 0
Telepathic Last Words - Course of Empire
I always felt like Course of Empire was largely misunderstood & subsequently dismissed by critics & thus music fans in general. Or maybe it's just that none of them ever went to see them play live shows like I did. Regardless, this album, CoE's swan-song, was their most cohesive of their 3 albums and should have earned them more airplay & a larger fanbase. Sadly, it was never meant to be.

0
Imaginary Enemy - Caulk
One song, "Pretty Penny", can be heard on their MySpace page.
the giraffe's rating:

Watched in 2013 by Nocturne

About the Awards at the Cannes Film Festival by jaytoast

Games featuring the voice of Richard Horvitz by John E.

Best albums of 1990 by the giraffe

Best albums of 1991 by the giraffe