0
Mellon Collie and the Infinite Sadness - Smashing Pumpkins
Prior to this I'd decided I wasn't a Smashing Pumpkins fan. I'd bought Siamese Dream & found it worked wonderfully as a sleep aid at the time, and subsequently wrote them off. Then MTV aired a behind-the-scenes look at this album before its release which sparked my interest. Shortly after that a local radio station previewed several tracks from it & I decided I absolutely had to have it. And once I did have it I loved almost every moment (the sole exception being the song "Take Me Down" which is marred by James Iha's "singing"...however the fact that I never listen to that song isn't enough for me to give less than a 10/10).

I still believe that this period was Smashing Pumpkins' best, as evidenced by the Aeroplane Flies High box set which I loved all the b-sides throughout. Too bad they went downhill after this.

Favorite songs: "Fuck You (An Ode to No One)"

0
Post - Björk
From the opening explosion of "Army of Me" through the final notes of "Headphones" this album is sheer brilliance, a mix of dissonance & beauty with Björk's amazing voice perfectly matched to each song.

Favorite song: "I Miss You"

0
Nihil - Kmfdm
My favorite KMFDM record ever since I first bought it.

0
Ugly - Life Of Agony
The perfect soundtrack for me when I was 22 years old, and an album I still listen to regularly.

0
Astro-Creep: 2000 - White Zombie
I much prefer the rawer sound of La Sexorcisto, but this album is still flawless.

0
1. Outside - David Bowie
Full disclosure: this was my first Bowie album purchase. I'd heard a few of his songs prior to this & couldn't make up my mind whether I liked him enough to pick up any of his albums ("Let's Dance" providing the strongest evidence AGAINST my doing so). But when it was announced he'd be touring with NIN in 1995 I decided I'd better at least check this album out. From here on his albums range from solid to Great, this being the best of the bunch IMO, and seeing him perform live encouraged me to dig through his back catalogue & eventually agree that he's one of the greatest artists ever.

0
Set Your Goals - Civ
Odds are if you listened to alternative radio stations in 1995 you heard the song "Can't Wait One Minute More" at some point. If you liked it & failed to pick up this album, you really missed out.

0
Empty - God Lives Underwater
One of my best friends bought this album & insisted I listen to it. After thanking him many times, I went out & bought a copy for myself. GLU were great, really underrated, and they made a noise unlike anything else I'd heard at the time (aside from the vocals, which at first made me think of Alice In Chains).

0
Sparkle and Fade - Everclear
I'd heard Everclear's music on the radio, and while I liked the songs I wasn't moved to pick this album up. Seeing them in concert changed my mind, as they were one of the best live bands around back then. This album remains my favorite of theirs with its seamless flow from start to finish.

0
I Am an Elastic Firecracker - Tripping Daisy
My introduction to Tripping Daisy, as I'm sure it was for most of the world courtesy of the singles "I Got a Girl" and "Piranha". I quickly found that "I Got a Girl" was the weakest song on the entire album, on which every other song is a personal favorite. "Prick" tends to rate highest due to its dynamics, but I could just as well have chosen any other song I haven't already named here.

0
Hello - Poe
I fell in love with Poe the moment I heard her speak the phrase "Jedi mind trick" in "Trigger Happy Jack (Drive By a Go-Go)"...I expect Star Wars references from dudes, but this was a pleasant surprise. As it turns out the rest of the album is great too.

0
Adrenaline - Deftones
Driving to work late one night (I was working 3rd shift at the time), this intense song came on the radio where the singer kept shrieking the word "suck" over frenetic guitar work. I soon found out it was called "7 Words" and the band was Deftones. Bought the album the first time I found it & been a fan ever since.

0
Tales From The Punchbowl - Primus
I saw Primus in concert for the first time when they toured behind this album, and bought a ticket every time they came to town after. Still love this album, though "Winona's Big Brown Beaver" is my least favorite song on it.

0
Nola - Down
When I heard Phil Anselmo had a side project I had to check it out, and found this album rather rewarding. Of all his non-Pantera projects thus far, Down remains my favorite of the bunch.

Favorite song: "Eyes of the South"

0
Subliminal Plastic Motives - Self
There's really not a bad song on this album, but it's just not as Amazing as Self's third album Breakfast with Girls.

0
Son of Filth - Die Cheerleader
When Filter toured behind Short Bus the first time, playing small clubs, Die Cheerleader opened for them. I was blown away by their sound, bought their album & found out that they were on a label created by Henry Rollins just for them. I shared his enthusiasm for the band & had hope that they would release more music. Instead, they broke up before recording another album, though I didn't know that until I talked to Rollins after one of his spoken-word performances & asked him about them. Disappointing as they really had potential.

0
King for a Day... Fool for a Lifetime - Faith No More
Easily FNM's most diverse album, and yet it somehow manages to fit in well with the rest of their releases.

0
Proud to Commit Commercial Suicide - Nailbomb
Nailbomb's short-lived career ended here, with this document of the only live performance they ever had plus a pair of previously unreleased studio tracks.

0
Burn - Sister Machine Gun
One of many overlooked industrial gems. The only time I saw SMG in concert was for this album, and Gravity Kills opened before they were widely popular. It's a shame it didn't go the other way since this album was far better than GK's debut.

0
Smells Like Children - Marilyn Manson
I love this EP for a variety of reasons...the trio of covers present are the best this band has recorded, the "remixes" of songs off their debut are more like re-imaginings than actual remixes, and the overall vibe is fucking creepy. There's a track or two I can't stand to listen to though, which has always been the case & as such there's no way I can give this full marks.

Fun fact: I also own a bootleg copy of the original version of this album, which has slight variations in the track listing as well as a couple Spooky Kids songs tacked onto the end of it. And I can well understand why the bits that got lost never made it onto the final cut.

Favorite song: "I Put a Spell on You"

0
The Crow: Original Motion Picture Soundtrack - Various Artists
Lose the last track and possibly "Ghostrider" by Rollins Band (great band, but not a fan of the song), and you've got a perfect soundtrack especially considering the movie it's for.

Favorite song: "Burn" by The Cure 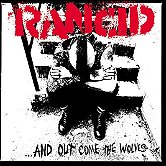 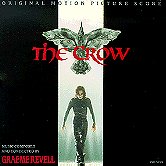 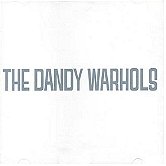 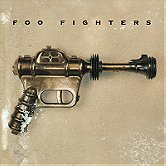 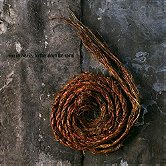 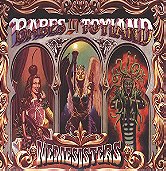 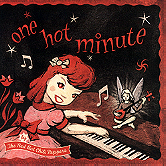 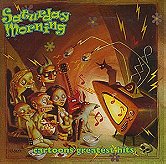 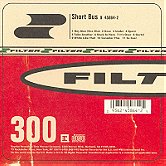 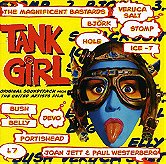 Missing: Greasy Listening by The Dooms UK - Favorite song I could find "Hippies"

0
The Funland Band - Funland
One of my favorite albums of the '90s. If I put it in the list above it'd take the #1 spot.

Favorite song I could find: "Down Stage"

0
Ugly Mus-Tard - Ugly Mus-Tard
Ugly Mus-tard could have been huge. With their industrial/metal sound and theatrical live shows they were basically the Texas version of Rammstein, except that their stage shows varied every night by having a theme rather than just using lasers & pyro (though some pyro occasionally showed up). Every show I saw them play was sold-out, so everyone who knew them was sure they'd break out of the underground. Unfortunately it never happened.

0
Mutilation Makes Identification Difficult - Brutal Juice
Actually this album was released on a major label (Interscope), so technically I could have kept it in the main list. But aside from critics who reviewed the album, I don't think anyone heard Brutal Juice outside of Texas unless they were watching 120 Minutes the one time they played the only video off it.

German Expressionism in cinema by SJMJ91

decent, dead or alive by onclelapin

No Soup For You! - Top 10 Seinfeld Characters by Michael M

Best albums of 1990 by the giraffe

Reading Journal 2011 by the giraffe