0
The Fragile - Nine Inch Nails
I'll never forget the first time I heard The Fragile. One of my best friends managed to get his hands on a copy from a local independent record store (some will remember those) on the Saturday before its release. He called me to come over, and I sat in his bedroom with his girlfriend at the time to listen to it. He made the room as dark as he could, lit a few candles, and we settled in for both discs back-to-back. I can't say anymore how many times I've listened to the whole thing in its entirety, and usually even now whenever a song pops up on random on my mp3 player I pull up the album to hear it all again. If that's not the sign of a great album, I don't know what is.


& "i'm looking forward to joining you, finally" (I've chosen one from each disc)

For an excellent article on The Fragile, please visit The A.V. Club here.
the giraffe's rating:

0
Breakfast with Girls - Self
Favorite song: "It All Comes Out In the Wash"

30 Days of Music - A band I wish more people had heard
the giraffe's rating:

0
Pretend I'm Human - Orange 9mm
Orange 9mm continued to evolve musically throughout their sadly short career. Far better than the bulk of nu-metal bands they were unfairly grouped with, had they been on a more supportive record label they might still be around. This was their final album, and in my opinion their best.

0
Slipknot - Slipknot
Slipknot's debut has always sounded to me like a horror movie soundtrack, and Corey Taylor is so pissed off you can feel his anger in every tortured scream. I never enjoyed their other albums nearly as much as this one.

Favorite song: "Eeyore" (rare that my fave song is the hidden track)

0
When The Pawn Hits the Conflicts He Thinks Like a King...... - Fiona Apple
Sad that this album got more attention for its admittedly over-long title than the music within. Easily my favorite of Fiona's albums.

0
The Anthology - A Tribe Called Quest
It's rare that I give credit to best-of releases, but in this case I've made an exception. Most of Tribe's albums were brilliant (I don't care for The Love Movement), but if you want a good place to start this would be it.

0
Chamber Music - Coal Chamber
While Coal Chamber's debut was unrelentingly heavy all around, this one displayed a softer side to the band that most of their fans weren't ready for. It's more goth-influenced, which I love, and they proved they could write good songs that weren't strictly metal. Unfortunately they lost some fans & thus would go on to revert back to their original sound. But you can imagine what might have been had this album been better received.

Favorite song: "Atlanta" (which I refer to as the best song The Doors forgot to write)

0
Madonna - ...And You Will Know Us By The Trail Of Dead
I got into Trail of Dead via their live show shortly before this album dropped. Better than their debut but not quite as polished as Source Tags and Codes, I still take this album for spins.

0
Things Fall Apart - The Roots
The Roots first impressed me when I saw them open for Rage Against the Machine in 1997, but I didn't get around to picking an album up until this one. It solidified my appreciation for their music & I've bought everything they've recorded since (as well as the albums before, of course).

0
New Pop Sunday - Sponge
OK, so here Sponge decided to let their pop sensibilities shine which should have been obvious by the album title. I'm not sure why they lost so many fans with this album, as it's not that much out of step with their previous albums. I personally loved this album enough to spin it regularly for a few years, and I still occasionally revisit it even now. And while I do appreciate the more poppy songs, my favorite tracks remain the one-two punch of "When You're on Fire Baby, Roll" and "Disconnected" that lies near the end of the album. Those songs definitely fit in best with their earlier material.

At this time the only way to check out both songs is to listen to the full album stream & start at 34:38 (whoever uploaded it provided links to each song by the timestamp, which is nice).

Favorite song: "When You're On Fire Baby, Roll"
the giraffe's rating:

Favorite song: "When I Hear My Name"

0
2 - Black Heart Procession
Just like most of their albums, this one is beautifully depressing.

Favorite song: "It's a Crime I Never Told You About the Diamonds in Your Eyes"

0
Amplified - Q-Tip
Q-Tip's first solo record is full of excellent songs, and not even a guest appearance by Korn can ruin it (though that's definitely my least favorite track).

0
Piece & Love - Meg Lee Chin
I got into Meg via her connection with Pigface, with whom she recorded the song I've listed here as my favorite. Her voice is interesting, her lyrics are intelligent, and yet for some reason she never managed to put together a follow-up to this album. Sad really. 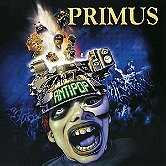 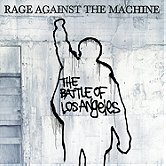 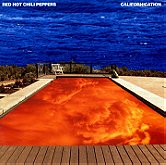 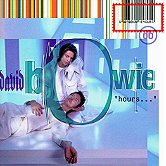 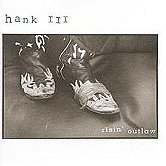 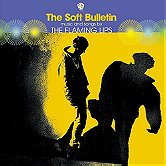 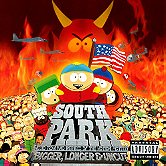 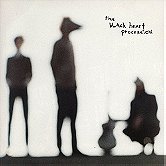 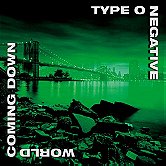 0
My Ears Are Ringing But My Heart's OK - Captain Audio
"Driving, Riding"

0
Drink With The Grown-ups and Listen To The Jazz... - Deathray Davies
"Elephants"

My Top 20 Halloween Favorites: Frankenstein by The Mighty Celestial

RANKED: The Films of Steven Soderbergh by Xanadon't