Let there be Punk...

In a time where only bands like The Beatles made success, a band like the The Velvet Underground was not really accepted. They failed commercialy, but nowadays they are a cult band, and their importance in rock history is properly recognized.

Wikipedia
The Velvet Underground was an American rock band formed in New York City. First active from 1965 to 1973, their best-known members were Lou Reed and John Cale, who both went on to find success as solo artists. Although never commercially successful while together, the band is often cited by many critics as one of the most important and influential groups of the 1960s.

The Velvet Underground were managed by Andy Warhol and were the house band at his studio the Factory and for his Exploding Plastic Inevitable events. The provocative lyrics of some of the band's songs gave a nihilistic outlook to some of their music.

Their 1967 debut album, titled The Velvet Underground & Nico (which featured German singer Nico, with whom the band collaborated) was named the 13th Greatest Album of All Time, and the "most prophetic rock album ever made" by Rolling Stone in 2003. In 2004, Rolling Stone ranked the band #19 on its list of the "100 Greatest Artists of All Time". 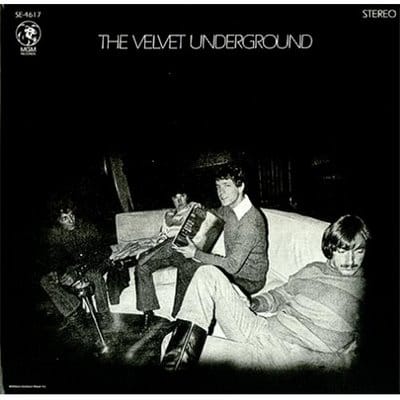 0
Lou Reed
The main head behind The Velvet Underground, he became an idol between the junkies and nowadays is one of the most important characters in the history of alternative rock.

Lewis Allan "Lou" Reed (born March 2, 1942) is an American rock musician, songwriter, and photographer. He is best known as guitarist, vocalist, and principal songwriter of The Velvet Underground, and for his successful solo career, which spans several decades and crosses multiple genres. The Velvet Underground gained little mainstream attention during their career, but became one of the most influential bands of their era. As the Velvet Underground's main songwriter, Reed wrote about subjects of personal experience that rarely had been examined so openly in rock and roll, including a variety of sexual topics and drug culture.

After his departure from the group, Reed began a solo career in 1971. He had a hit the following year with "Walk on the Wild Side", although for more than a decade he evaded the mainstream commercial success its chart status offered him. Reed's work as a solo artist has frustrated critics wishing for a return of The Velvet Underground. The most notable example is 1975's infamous double LP of recorded feedback loops, Metal Machine Music, upon which Reed later commented: "No one is supposed to be able to do a thing like that and survive." He is also responsible for the name and popularization of ostrich tuning.

By the late 1980s, however, he had garnered recognition by the music community as an elder statesman of rock. Since 2008, he has been married to musician, multimedia and performance artist Laurie Anderson. 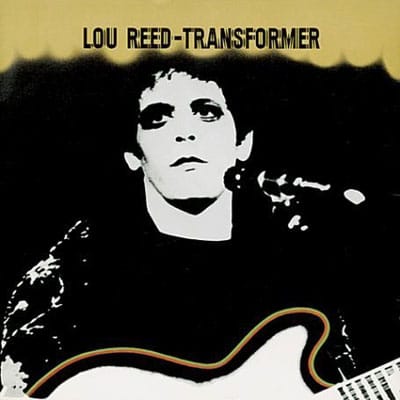 0
The Stooges
Maybe the main influence in the shape of punk. Their attitude, their simplicity and the rawness in their music were the most important influence that punk could get. The screamed songs and loud guitars were taken from them and the MC5, and the crazy and autodestructive attitude of the vocalist Iggy Pop shocked everyone that has ever seen one of their shows.

The Stooges (also known as Iggy and The Stooges) is an American rock band from Ann Arbor, Michigan first active from 1967 to 1974, and later reformed in 2003. Although they sold few records in their original incarnation and often performed for indifferent or hostile audiences, the Stooges are widely regarded as instrumental in the rise of punk rock, as well as influential to alternative rock, heavy metal and rock music at large. The Stooges were inducted into the Rock and Roll Hall of Fame in 2010.


My favourite album: The Stooges 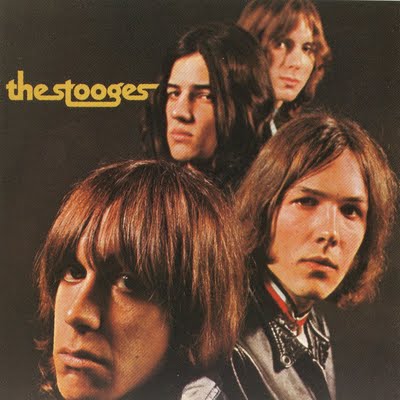 My favourite song: I Wanna Be Your Dog

0
Iggy Pop
The main character to influence the punk culture. Rolling over broken glass, sniffing, smoking and getting laid without thinking in the next day he created a myth over him.

Iggy Pop (born James Newell Osterberg, Jr.; April 21, 1947) is an American singer, songwriter, musician, and occasional actor.[1] He is considered an influential innovator of punk rock, hard rock, and other styles of rock music. Pop began calling himself "Iggy" after his first band in high school (for which he was drummer), The Iguanas.

Pop's popularity has ebbed and flowed throughout the course of his subsequent solo career. His best-known solo songs include "Lust for Life", the Top 40 hits "Real Wild Child" and "Candy" (with vocalist Kate Pierson of The B-52's), "China Girl" (co-written with and famously covered by David Bowie) and "The Passenger".


My favourite album: The Idiot 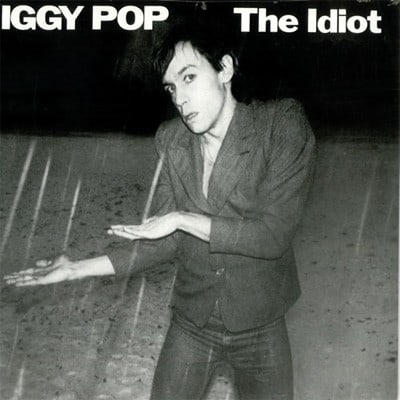 My favourite song: The Passenger

0
MC5
Their political attitude made the punk rock one of the most important ways for youth to communicate and say what they wanted. They influenced the political style of many punk rock bands, such as the Sex Pistols.

The MC5 is an American rock band formed in Lincoln Park, Michigan and originally active from 1964 to 1972. The original band line-up consisted of vocalist Rob Tyner, guitarists Wayne Kramer and Fred "Sonic" Smith, bassist Michael Davis, and drummer Dennis Thompson. "Crystallizing the counterculture movement at its most volatile and threatening", according to Allmusic critic Stephen Thomas Erlewine, the MC5's far left political ties and anti-establishment lyrics and music positioned them as emerging innovators of the punk movement in the United States. Their loud, energetic style of back-to-basics rock 'n' roll included elements of garage rock, hard rock, blues-rock, and psychedelic rock.

The MC5 had a promising beginning which earned them a cover appearance on Rolling Stone magazine in 1969 even before their debut album was released. They developed a reputation for energetic and polemical live performances, one of which was recorded as their 1969 debut album Kick Out The Jams. Their initial run was ultimately short-lived, though within just a few years of their dissolution in 1972, the MC5 were often cited as one of the most important American hard rock groups of their era. Their three albums are regarded by many as classics, and their song "Kick Out the Jams" is widely covered.


My favourite album: Kick Out The Jams 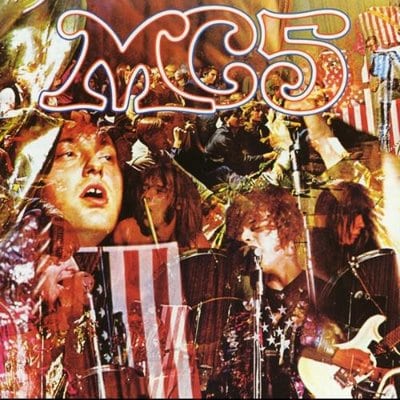 The Modern Lovers were an American rock band led by Jonathan Richman in the 1970s and 1980s. The original band, billed simply as "The Modern Lovers", existed from 1970–74 but their recordings were not released until 1976 or later. It featured Richman and bassist Ernie Brooks with drummer David Robinson (later of The Cars) and keyboardist Jerry Harrison (later of Talking Heads). The sound of the band owed a great deal to the influence of The Velvet Underground, and is now sometimes classed as "protopunk". It pointed the way towards much of the punk rock, new wave, alternative and indie rock music of later decades. Their only album, the eponymous The Modern Lovers, contained stylistically unprecedented[citation needed] songs about dating awkwardness, growing up in Massachusetts, and love of life and the USA.

Later, between 1976 and 1988, Richman used the name Modern Lovers for a variety of backing bands, always billed as "Jonathan Richman and the Modern Lovers." These bands were quieter and featured more low-key, often near-childlike, songs, as Richman drew on folk-rock and other genres. Out of Richman's original bandmates, only Robinson was part of any of the other Modern Lovers incarnations.


My favourite album: The Modern Lovers 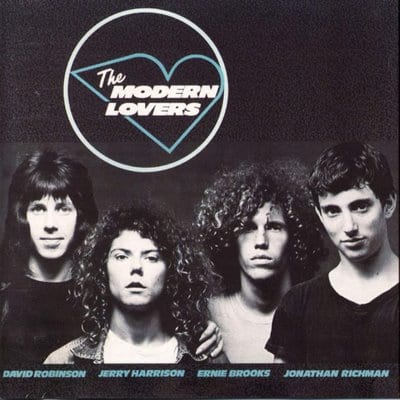 0
Patti Smith
Her feminist attitude and her excentric poetry, which broke all the concepts of modern poetry, influenced the punk culture and made lots of women join the movement.

Patricia Lee "Patti" Smith (born December 30, 1946) is an American singer-songwriter, poet and visual artist, who became a highly influential component of the New York City punk rock movement with her 1975 debut album Horses. Called the "Godmother of Punk", her work was a fusion of rock and poetry. Smith's most widely known song is "Because the Night", which was co-written with Bruce Springsteen and reached number 13 on the Billboard Hot 100 chart in 1978. In 2005, Patti Smith was named a Commander of the Ordre des Arts et des Lettres by the French Minister of Culture, and in 2007, she was inducted into the Rock and Roll Hall of Fame. On November 17, 2010, she won the National Book Award for her memoir Just Kids. 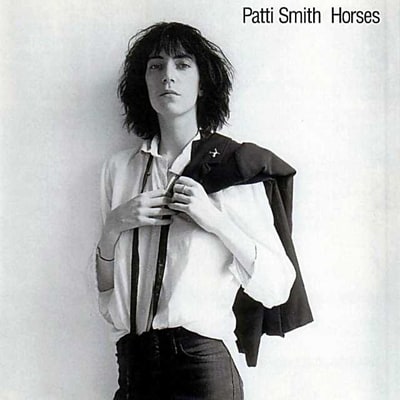 0
Television
They didn't achieve commercial success in America, but influenced the new wave and post-punk movements a lot and early became a cult band. Were also responsable for leading Richard Hell (one of the most influential characters in the punk culture and their bassist) to the punk rock.

Television is an American rock band, formed in New York City in 1973. Although Television have never had more than a cult audience in the USA, they have achieved significant commercial success in Europe. Today, they are widely regarded as one of the founders of "punk" and New Wave.

Television was part of the early 1970s New York underground rock scene, along with bands like the Patti Smith Group, The Ramones, Blondie, Richard Hell and The Voidoids, Talking Heads, just to name a few. In contrast to the Ramones' rock 'n' roll minimalism, Television's music was more complex and more technically proficient, defined by guitarists Tom Verlaine and Richard Lloyd. 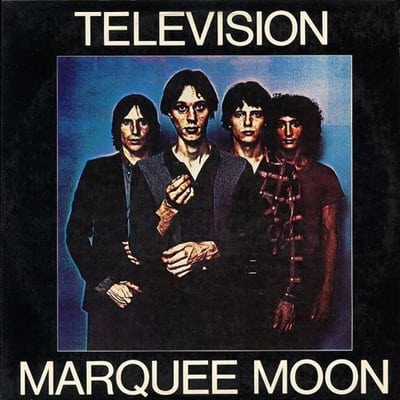 0
New York Dolls
Dressing like women and acting like homossexuals (although they were not) they made the "fuck it" attitude reach its summit. Without any special technique with their instruments, they encouraged many people to simply form bands and play punk rock, such as The Ramones.

The New York Dolls is an American rock band, formed in New York in 1971. In 2004 the band reformed with three of their original members, two of whom, David Johansen and Sylvain Sylvain, continue on today and have released two records of new material. The original bassist, Arthur Kane, died shortly after their first reunion concert.

The band's protopunk sound prefigured much of what was to come in the punk rock era; their visual style influenced the look of many new wave and 1980s-era glam metal groups, and they began the local New York scene that later spawned the Ramones, Blondie, Television and Talking Heads. 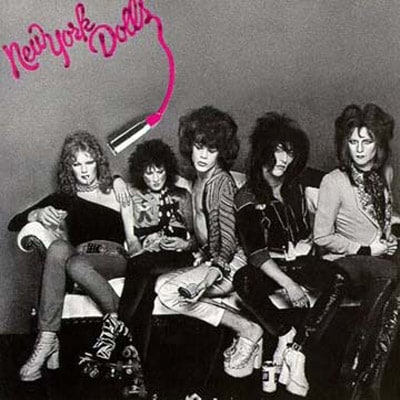 0
Richard Hell & The Voidoids
Hell was an originator of the punk fashion look, the first to spike his hair and wear torn, cut and drawn-on shirts, often held together with safety pins.
Their 1977 album, Blank Generation, influenced many other punk bands. Its title song was named "One of the 500 Songs That Shaped Rock" by music writers in the Rock and Roll Hall of Fame listing, and, for instance, is ranked as one of the all-time top-ten punk songs by a 2006 poll of original British punk figures, as reported in the Rough Guide to Punk.

The Voidoids are considered to have pioneered the punk look and studded appearance which became commonplace around the time of the Sex Pistols. 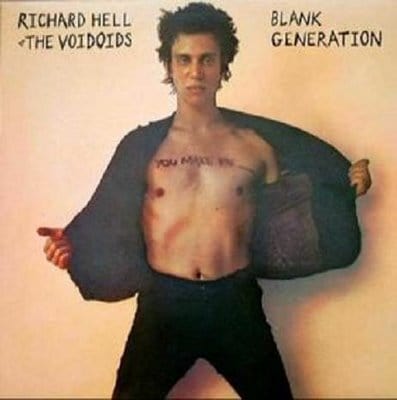 50 Personal Favorites of the Decade: 90's *updated by Xanadon't

Mr. Bassman - you're on all the songs! by Maary

DVD's I Hold Close to My Heart by Rossjm

Movies Memories that Defined My Childhood by Yokihana

"that was surprisingly good" vol. 2 by drugs

I think they're overrated, but others say "NO!" by Redmist

Worst Movies of the 90s by Mustanaamio7

Tarantino's Favorite Movies of 2010 by renan