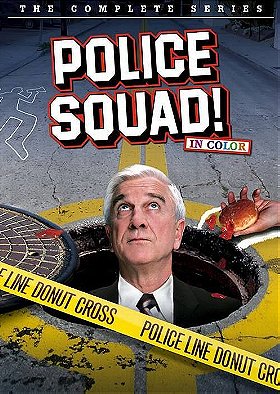 19 votes
12 Shows ABC Should Be Embarrassed About Cancellng (12 items)
list by A.M.A
Published 4 years, 8 months ago 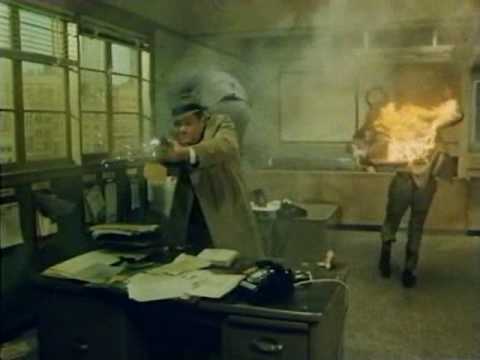 PvtCaboose91
Before The Naked Gun, there was the short-lived television show Police Squad! in 1982, which introduces the character of Detective Lt. Frank Drebin (Leslie Nielsen) as well as the distinctive style of humour. Created by David Zucker, Jim Abrahams and Jerry Zucker, who were fresh off the success of 1980's Airplane!, this half-hour-long show hilariously spoofs police procedurals - more specifically,... read more
View all Police Squad! reviews


After the success of the movie Airplane!! in 1980, Zucker Abrams and Zucker returned to TV, resulting in Police Squad! (ABC, 1982). A blatant parody of 1950s- through 1970s-vintage cop shows (specifically 1957's M Squad and practically every Quinn Martin Productions crime drama ever made), this Half Hour Comedy featured Leslie Neilsen as Lt. Frank Drebin, and filled its half hour with an incredible panoply of fast-paced and hard-hitting puns, surreal non-sequiturs and over-the-top sight gags of the kind that had become familiar thanks to the ZAZ movies.
Unfortunately, ABC canceled the program after only six episodes, with network head Tony Thermopolous giving as the reason that the show required the viewer to pay too much attention — a pronouncement that earned Thermopolous and the network a considerable amount of derision (TV Guide called it, "The dumbest reason to cancel a TV series"). Ironically, the producers themselves were actually grateful, as the six episodes they made were already stretching their ideas thin and they knew they'd never be able to keep up the level of quality much longer. To this day the show is remembered with fondness by many as a program that respected (and tested) the intelligence of its viewers even while making them roll on the floor with laughter. The entire series was released on DVD in 2006.
Zucker, Abrams and Zucker eventually revived the show (and reused many of its gags) in The Naked Gun series of motion pictures. ... (more) (less)
Release date: 4 March 1982
Tags: Comedy (10), Crime (9), Slapstick (6), American (6), Detective (6), Spoof (6), Police (6), Parody (6), Silly (5), Murder (5), 1980s (4), Sitcom (4), Series (3), Cops (3), Thief (3), Robbery (3), Cult (2), 1982 (2), Quirky (2), Non Sequiter (2)
My tags:

Exclusive added this to a list 11 months, 1 week ago
My Favorite Actors: Leslie Nielsen (18 movies items)

Exclusive voted for an image 11 months, 1 week ago

PvtCaboose91 posted a review 1 year ago

“Before The Naked Gun, there was the short-lived television show Police Squad! in 1982, which introduces the character of Detective Lt. Frank Drebin (Leslie Nielsen) as well as the distinctive style of humour. Created by David Zucker, Jim Abrahams and Jerry Zucker, who were fresh off the success of 1980's Airplane!, this half-hour-long show hilariously spoofs police procedurals - more specifically, it's a parody of the forgotten 1950s TV show M Squad. In keeping with the other productions masterminded by the ZAZ trio, Police Squad! is jam-packed with so many gags that there's virtually always something on-screen to make you laugh. Unfortunately, only six (terrific) episodes were produced before Police Squad! was axed due to poor ratings. As Nielsen himself posits, the show did not succeed b” read more

Leo added this to a list 2 years, 4 months ago
Top 10 Best TV Shows That Only Lasted One Season (10 tv items)

12 Shows ABC Should Be Embarrassed About Cancellng (12 tv items)

"David Zucker, Jim Abrahams and Jerry Zucker are beloved by comedy fanatics for their many fabulous entries in the genre. Back in 1982, they were only known for Airplane! and for writing The Kentucky Fried Movie, both pillars of excellence, but not exactly calling cards at the time. So their first small screen effort, Police Squad!, didn’t have the credential legs to carry it through ABC’s boneheaded decision to trash the well-received show after just four of six episodes aired, all because i"