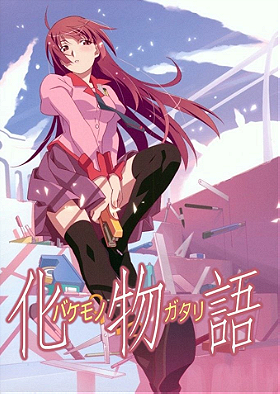 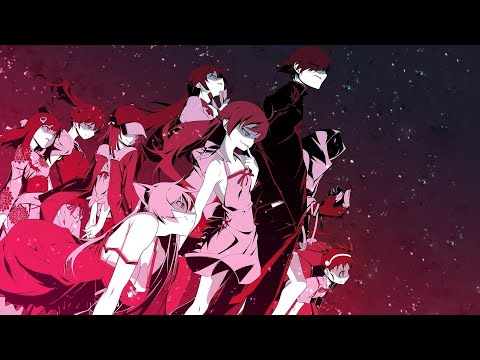 ran88dom99
The camera angles are really annoying but the rest of the weird art style is interesting. Reminds me of tatami galaxy.

Its also a lot like muishishi in terms of weird magical creatures creating weird magical puzzles. And there's a lot about Japanese. These elements I don't like.

Character interactions, dialogue and some of the jokes are good. That's the main reason i ... read more
View all Bakemonogatari reviews


Bakemonogatari centers on Koyomi Araragi, a third year high school student who is almost human again after briefly becoming a vampire. One day, a classmate named Hitagi Senjōgahara, who infamously never talks to anyone, falls down the stairs into Koyomi’s arms. He discovers that Hitagi weighs next to nothing, in defiance of physics. After being threatened by her, Koyomi offers her help, and introduces her to Meme Oshino, a middle-aged homeless man who helped him stop being a vampire.
Release date: 3 July 2009
Tags: Anime (9), Comedy (7), Fantasy (5), Supernatural (5), Vampires (5), Action (4), Romance (4), Ghosts (4), Vampire (2), School (2), Demons (2), 2000s (2), Phantom (2), Animation (1), 2009 (1), Monogatari (1)
My tags:

Kookosbanaani added this to a list 3 years, 11 months ago

Ade added this to a list 5 years, 9 months ago
anime I would unironically recommend (27 tv items)

Pandoras Folly added this to a list 5 years, 11 months ago
My Favorite Anime Series/OVAs (309 tv items)