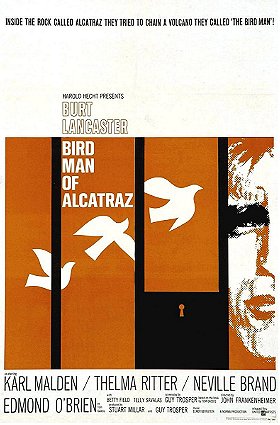 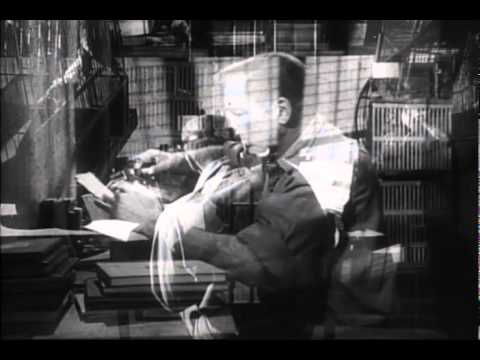 View all Birdman of Alcatraz videos

johanlefourbe
1 vote
It has been years since I saw a movie directed by the late John Frankenheimer and it's a shame since I have really a weak spot for this director. Anyway, this is the last movie of his that I have seen and it must be one of his best. It stars the great Burt Lancaster who gives a very good performance. It is a simple but still rather spellbinding story. Even though it takes place in a prison, for on... read more

He achieve something BIG in his SMALL world

Reno
1 vote
The name Alcatraz is pretty much known to everyone especially those who watch Hollywood movies and television series. 'Birdman of Alcatraz' is the story of the Robert Stroud which begins in 1912 who is being transferred from an Alaskan prison facility to Leavenworth correction facility with other prisoners. To spend his 12 year term in prison which given him for a murder he committed. The movie wo... read more

As an inmate at Leavenworth prison, Robert Stroud has a series of confrontations with the guards and with the other convicts. When Stroud kills a guard, he is sentenced to be executed, and only his mother's impassioned intervention gets his sentence commuted to life imprisonment, which he must serve in solitary confinement. As he is serving out his sentence in boredom and despair, Stroud one day finds a helpless baby sparrow in the exercise yard. He soon takes a deep interest in caring for birds, which gives him a new purpose in life, but which also brings new conflicts with prison authorities.
Release date: 4 July 1962
UPC: 027616858702
Tags: Drama (9), Biography (7), Prison (6), 1962 (6), 1960s (4), Murder (3), Reporter (3), Nature (3), Alcatraz (3), Train (2), Mind (2), Violence (2), Psychopath (2), Redemption (2), Birds (2), Solitary Confinement (2), Murderer (2), Warden (2), Black And White (2), 1920s (1)
My tags:

“The cinema is filled with collaborations between directors and their handsome proxies reuniting and exploring, if not refining, their individual and collective images. Behold the collaboration between director John Frankenheimer, one of cinema’s most sensitively masculine directors, and star Burt Lancaster. Their collaboration began with 1961’s The Young Savages and continued with 1962’s Birdman of Alcatraz after the original director, Charles Crichton, was fired by Lancaster.   What Frankenheimer and Lancaster manage to bring to this story of prison reform is a certain soulfulness and poetic ambition to highlight the need for prison reform. However, the portrait of Robert Stroud is, how shall we put it, incredibly selective and revisionist. This over-long film creates a portrait ” read more

Kandi added this to a list 9 months, 4 weeks ago

Kandi added this to a list 1 year, 3 months ago
Elmer Bernstein - My Soundtrack Collection (9 music items)

Kandi added this to a list 1 year, 5 months ago

SirDangie added this to a list 2 years, 1 month ago
Movies & Films (717 movies items)

Georgini voted for 61 images [View All] 2 years, 7 months ago

Dark Shadows voted for 29 images [View All] 3 years ago

kathy voted for an image 3 years, 6 months ago

"9.23At 2 and a half hours, Birdman of Alcatraz feels like a life sentence, but with Burt Lancaster's magnificent portrayal, the time ticks away gloriously to tell the story of real-life convict Robert Stroud who spent his whole life in prison studying birds. Lancaster was nominated for Best Actor but failed to win in a tight contest that included Peter O'Toole in Lawrence of Arabia and the winner, Gregory Peck in To Kill a Mockingbird. "

yreesesfreak added this to a list 4 years, 5 months ago

Kandi added this to a list 4 years, 7 months ago