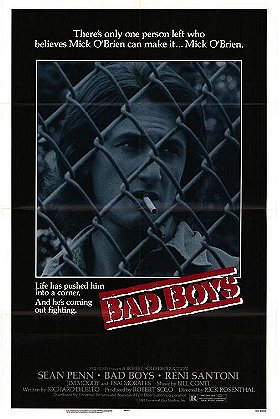 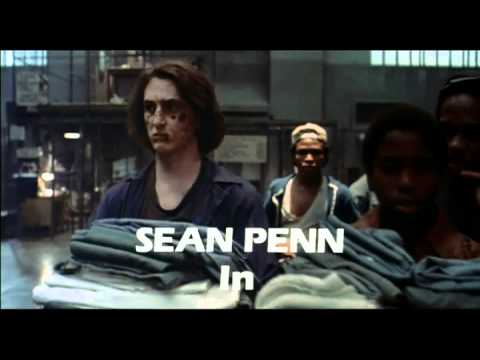 johanlefourbe
Not to be confused with Michael Bay's directing debut , it is in fact a really obscure crime drama starring Sean Penn. I had seriously no idea what to expect from the damned thing but since I always had a weak spot for this actor, I thought I might as well check it out. For the actor, it was quite an important step in his career since it was the first time that he received top first billing follow... read more
View all Bad Boys reviews

AKB48Fan added this to a list 2 years, 2 months ago

"Mick O’Brien is a young Chicago street thug torn between a life of petty crime and the love of his girlfriend. But when the heist of a local drug dealer goes tragically wrong, Mick is sentenced to a brutal juvenile prison where violence is a rite of passage and respect is measured in vengeance. This is the definitive teen cautionary tale about crime, punishment, revenge and at the very end, the rehabilitation from within. Sean Penn and Esai Morales bristle with intensity as sworn enemies on t"

stobesultan added this to a list 2 years, 7 months ago

kathy added this to a list 3 years, 3 months ago

" Director: Rick Rosenthal Starring: Sean Penn, Esai Morales, Clancy Brown, Robert Lee Rush, Alan Ruck and Ally Sheedy Teen delinquent Mick O'Brien is sent to juvenile hall after unintentionally killing the younger sibling of a rival gang leader, Paco Moreno, in a drug-deal con gone wrong. Prison life proves even more brutal than the streets when Mick is forced to face off against reigning prison toughs Viking and Tweety. Worse yet, on the outside Paco is threatening to take revenge on those cl"

maxafa added this to a list 3 years, 5 months ago
Prison Movies (37 movies items)

Agent Kermit D. Fonz added this to a list 3 years, 10 months ago

YAHEMMI added this to a list 5 years, 1 month ago
My DVD COLLECTION (7267 dvds items)

pulpbukowskiDeth added this to a list 5 years, 3 months ago