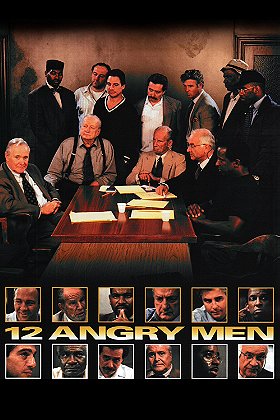 In a remake of the 1950s classic, bias and group-think influence the deliberations of a dozen jury members. Initially, one of the jurors (Jack Lemmon) is the only roadblock between the panel and unanimous conviction of the Latino alleged murderer they've been called to judge. But the all-male jury's negotiations prove fluid, and as the hours pass, more and more of the dissenter's peers come over to his side. Before long, the trial of an oppressed youth becomes a meditation on social justice.
Release date: 17 August 1997
Tags: 1997 (1)
My tags:

Tifone1 added this to wanted list 6 months, 2 weeks ago

A.M.A added this to have watched list 1 year, 2 months ago