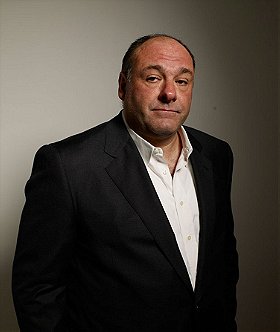 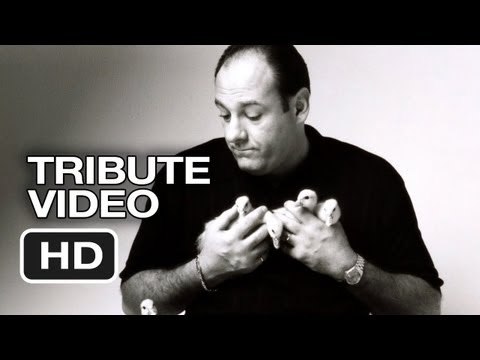 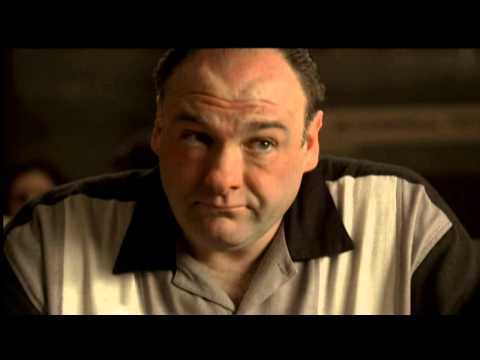 Best remembered as mob boss Tony from "The Sopranos" (1999)

Plays characters who are brutish yet charming

His sister Johanna is a prominent official with the New Jersey Family Court system.

He plays the trumpet and saxophone.

Although he often plays thuggish or brute characters, he is actually somewhat of a pacifist off-stage; he had reservations about continuing his production contract as Tony in "The Sopranos" (1999) due to the show's violent content and stereotype of Italian-Americans.

TV mobster Gandolfini turned to the right side of the law when he saw a woman being mugged in his native New York recently. Passers-by were shocked to see the tough-guy step in and rescue a woman when she was knocked down and had her bag snatched whilst walking down a dimly lit street. [November 2001]

Financed the construction of a restaurant called Vines in Oneonta, New York for his childhood pal Clive Griffiths, who needed the money to launch it. Griffiths has since paid him back, and then some.

Used to bartend in Manhattan during years as struggling actor.

Lost more than 40 pounds for his role in The Mexican (2001), but had to gain it all back before shooting for the HBO series "The Sopranos" (1999) because executives didn't believe the audience would like a "skinny" Tony.

Well trained in Krav Maga, (an Israeli style of Martial Arts) which he practiced for 2 1/2 years.

In Crimson Tide (1995), James refers to Robert Mitchum and Cary Grant, two actors he also references in "The Sopranos" (1999).

Says he is nothing like "Tony Soprano" in real life, describing his own personality as being more like a "260-pound Woody Allen".

Was voted "best-looking" in high school

Once worked as a bouncer.

In Crimson Tide (1995) he played an officer on the U.S.S. Alabama. In True Romance (1993), he beats up a woman named Alabama, played by Patricia Arquette.

Became engaged to Lora Somoza in January 2004. Broke up, amicably, in February 2005.

Has often said Robert De Niro played a considerable role in his decision to become an actor; grew up watching Mean Streets (1973) over and over again.

Was in attendance at Chris Penn's funeral

Was considered for the role of Ben Grimm/The Thing in Fantastic Four (2005).

Became close friends with his "The Sopranos" (1999) co-star, Lorraine Bracco, during the filming of the HBO series. During her close ups, during their scenes, he would "moon" her to try and put her off. This was confirmed during James' interview on "Inside the Actors Studio" (1994).

Nominated for the 2009 Tony Award for Best Performance for a Leading Actor in a Play for "God of Carnage".

Known to be a shy man, uncomfortable being a celebrity.

Leo added this to a list 1 year, 2 months ago

cekadidas added this to a list 1 year, 5 months ago
Favorite Celebrities (Dead or Alive) (750 person items)

moviebuff added this to a list 1 year, 10 months ago
Entertainers Whom We Miss (85 person items)

Exclusive added this to a list 2 years, 11 months ago
My Favorite Actors: James Gandolfini (21 movies items)

Exclusive voted for an image 2 years, 11 months ago

Seymour voted for 3 images 3 years ago

Kalervo added this to a list 3 years, 4 months ago
My favourite Actresses/Actors (263 person items)

Exclusive added this to a list 3 years, 4 months ago

" as Mickey in Killing Them Softly "

Exclusive added this to a list 3 years, 4 months ago

" as Cousin Marv in The Drop"

Sinclair21 voted for an image 3 years, 6 months ago

MarkusT90 added this to a list 3 years, 9 months ago
My Favorite Actors (126 person items)

Emmabell added this to a list 4 years, 3 months ago