In Praise of Mike Tyson 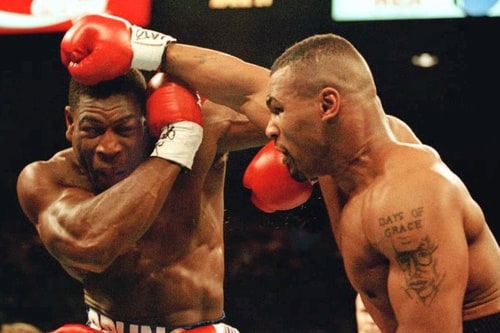 "I would rather box Lennox Lewis five days a week than to fight a Mike Tyson. He's awkward, short, dangerous, and when he's fit, he's very dangerous."

"I'm a Tyson man. I've known Tyson since he was 16 and to me, in his heart he's good, but all the hanger ons and crazy guys around him are just confusing him."

FASTEST HANDS: Tyson had the fastest hands. He was a good all-rounder and a brilliant attacker. He was able to multi-task by reading my moves and punch at the same time as well as dodge. His punches came very quick given his size. He was definitely an animal in the ring, he knew what he wanted and went for it. Massive determination to win. 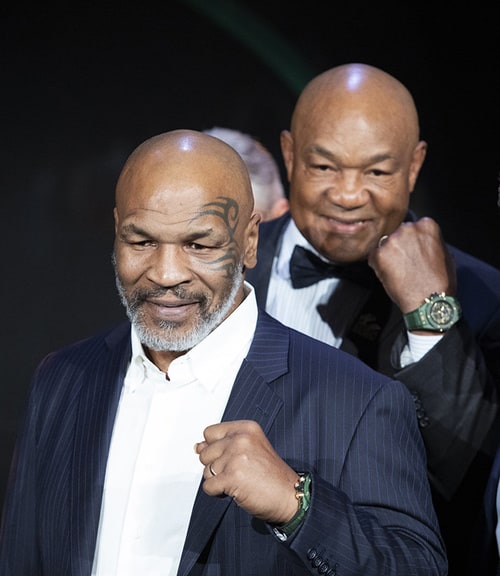 When asked if Tyson wanted him: "No way. One (Tyson) was scared and the other (himself) was glad of that. I didn’t want a part of Mike Tyson. He was a monster.

“I could really punch. And of course I was an expert at punching downwards. My manager would hold a bag and he was down there, so I learned to really develop power from punching guys lower down. He was smart enough to understand that. As they got taller, my manager was not tall so there was a deficiency there. But Tyson was very smart, and with Cus D’Amato, they were a smart team period.”

On who would win between him and Tyson in a fight: "I'm not so sure about that, what d'you think? That Mike Tyson was a monster. He was a monster. Those are the kind of guys you see in a nightmare. You want to wake up and say ‘so glad that’s a dream’. I didn’t want any part of Mike Tyson – no way."

"I really admired Mike Tyson. He wasn’t that tall, that big but he could hit you quick, real quick. And his footwork was outstanding as well. In his prime there was nothing like him. If he had fought for another four years winning, I would have put him No.2 to Joe Louis.”

Foreman was full of praise for the way Tyson now conducts himself and his transformation into a media friendly businessman:

“Oh I love him. I love him because he’s strictly positive. He’s got nothing to say negative about anyone. He’s having fun with life and that’s what it’s really about anyway. Have some fun. Get out and say ‘you know what, if I can make a million…’He’d tell you that he means that. Mike Tyson is a great guy to look at. Look at his life. What a book when he’s ready to write his own book, I can’t wait to read it.”
shotswerefired's rating: 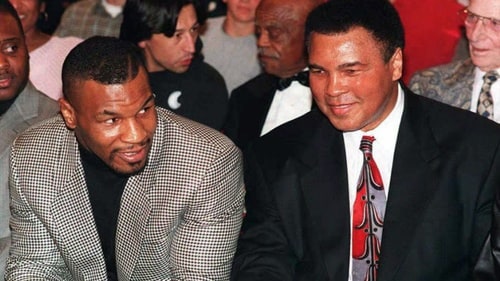 His response to Arsenio Hall on who would've won between Tyson and himself during their prime:

*pointing at Mike* "I was a dance boxer. I moved and wasn't that powerful, I was so fast. But if he hit me…(pretends to be knocked out). If he could catch me."
shotswerefired's rating: 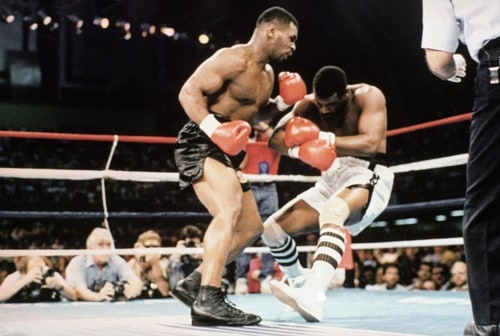 "On June 27, 1988, a 21-year-old Mike Tyson made in excess of 21 million dollars for 91 seconds of work. It took him just over 14 seconds to pull in more money than Michael Jordan, in his prime, made for an entire season of work that year." 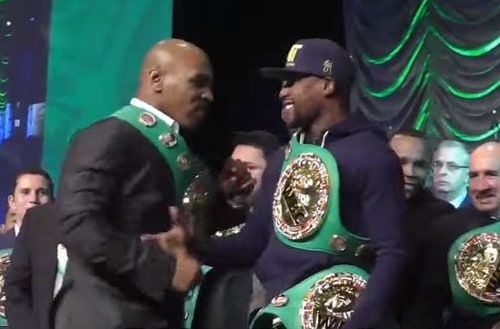 "Mike Tyson was one of the fighters who motivated me. How? We both used to train at the Golden Gloves boxing gym. I used to see his Rolls-Royce, his diamond Rolex on, and I said, 'You know what? Those are the things that I want.'" 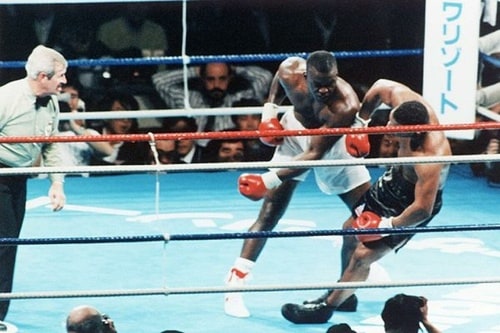 "Every person I wrestle, it's the biggest match of their career. They're Buster Douglas. But what's the honor in being Mike Tyson and beating Buster Douglas? I win and move on. They win, and it's a game-changer for the rest of their lives." 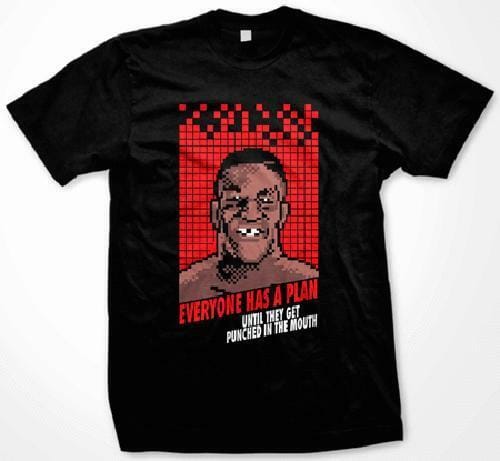 "I remember having a Mike Tyson T-shirt back in the day that I used to sleep in. And there some things that Tyson did along the way that I wasn't too psyched to associate myself with. But back in the day, just as a fighter, what a dream that was to watch and root for him." 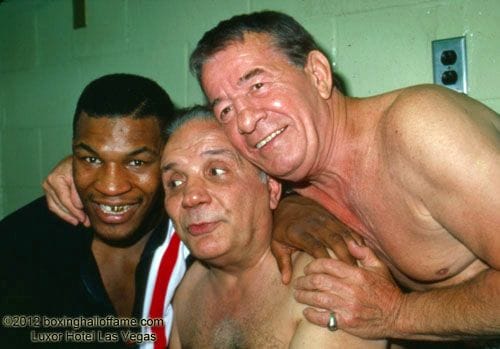 In an interview conducted in 1986 (prior to Tyson's title bout):

"Guaranteed, without a doubt, the next heavyweight champion of the world."

"Do I understand, Cus had him fighting similar to my style. I always fought big guys and he's going to keep on fighting big guys all his life, and he kept him going inside. Now, you figure the advantage is for the big guy but it's wrong. A short guy could take the advantage from a big guy but make himself shorter and keep pressing the guy.

Directed at Tyson: "You're gonna be like Joe Louis, Marciano, maybe even better. You're a bigger and stronger Marciano. There's no question about it."

Mike Tyson is an American former professional boxer who competed from 1985 to 2005. He reigned as the undisputed world heavyweight champion and holds the record as the youngest boxer to win a heavyweight title, at 20 years, four months, and 22 days old.

Mike Tyson is considered one of the best heavyweights of all time. Tyson holds the third longest unified championship reign in heavyweight history at eight consecutive defenses. He ranks No. 15 in BoxRec's ranking of the greatest heavyweight boxers in history. He was ranked No. 16 on The Ring's list of 100 greatest punchers of all time, and No. 1 in the ESPN.com list of "The Hardest Hitters in Heavyweight History". Sky Sports described him as "perhaps the most ferocious fighter to step into a professional ring". He has been inducted into the International Boxing Hall of Fame and the World Boxing Hall of Fame.

8 votes
In Praise of... (19 lists)
list by shotswerefired
Published 3 years, 11 months ago

Artwork by Amanda Conner by SA-512

Jennifer Connelly - Movies I Have Viewed by Kandi

ART | The Chimera by Nusch

In Praise of Dynamite Kid by shotswerefired

In Praise of Bruce Lee by shotswerefired

The Healing Power of a Woman's Touch by shotswerefired