A relatively cool thing to spend 1,5 bucks on. A short story about a girl who was raped and is now one pregnant girl. You enter her head and give her advice on the stuff. The ending is terrific, but the writing otherwise, while not necessarily bad, is just... flimsy, I guess. The stakes are super-high but the ending comes around far too early and all the scenes are so abbreviated it's a bit of a hindrance despite the game coming from a good place.
VierasTalo's rating:

In Cobra Club you take dick pics and send them to other gay men hungry for dick pics. They'll also send you their dick pics and you can compliment or scold them for it. Occasionally your mom might knock on the bathroom door but honestly fuck that. Well, no, don't fuck that, because you're gay in the context of this game, and anyhow, it's your mom, but, like, ignore it. This is a fun, dumb, free way to spend an hour, unlocking more photo filters and such. I don't feel it necessarily says all that much about body image but the zinger at the end is sufficient in providing all the message it needs to deliver regarding privacy in the digital age.
VierasTalo's rating: 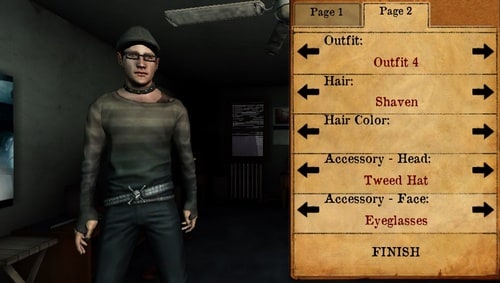 Look, I love WayForward as much as the next guy, but this game was an unashamed clunker from the get-go. Making a dungeon crawler based on a psychologically efficient survival horror franchise is just a weird-ass concept. Then you put it on a handheld with a shitty analog stick and touch controls. Then you basically desecrate everything about the source material to desperately try and make some sense into this Frankenstein-ian monster you've created and you get this horrible mess. It isn't fun to play and after you get over laughing about how it treats the characters and mythos of Silent Hill you just realize that yeah, doing similar puzzles over and over again and fighting the same three enemy types over and over again while picking up more of the same weapons is just a dull chore.

On a positive note, at least you can make an emo-dickhead character that looks like you if you buy a Silent Hill game on your fucking Vita and expect it to be worth a damn.
VierasTalo's rating: 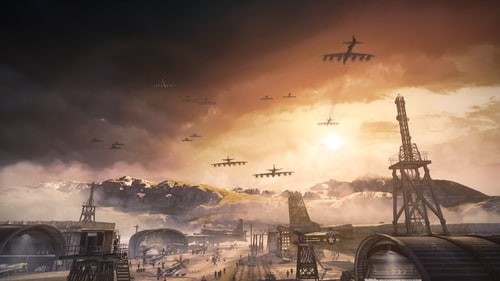 Did you like Wolfenstein: The New Order? I loved that thing. It's among my favorite games from last year and definitely one of my favorite FPS-games period. So here's more of that in the form of a stand-alone expansion. Set before the events of The New Order, The Old Blood tackles the more boring part of it's big brother, basically stretching that tutorial map that takes place during WW2 across about 4 hours of content. It's slightly more varied than that, but it's basically just a big block of Wolfenstein-gameplay. I'm cool with that because the mix of stealth and balls-to-the-wall action remains as enjoyable as ever, but despite having two great story beats, the narrative just doesn't hold a candle to The New Order. The first half of this at least uses somewhat cool concepts, but the second half just becomes nazi zombies and yawns with a ludicrous final boss. Oh, well. It's still well worth the 20 bucks they're asking for it.
VierasTalo's rating: 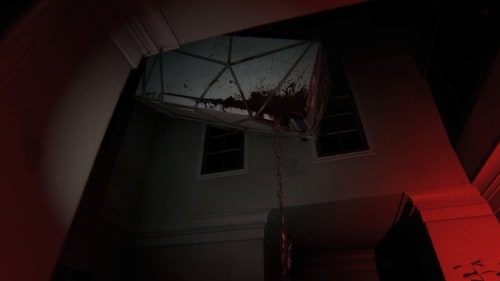 I'm going to be mean here and say that I'm totally cool with Guillermo Del Toro, Norman Reedus and Hideo Kojima never going beyond this and that one other concept video into their Silent Hills -thing, because irregardless of what full-length game they would have made, it would unavoidably just be a much less innovative and unique experience as P.T. is. This game is the shit and it's free so get it yo.
VierasTalo's rating: 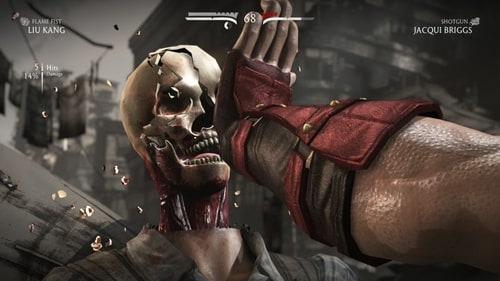 For me beating this game means finishing that SP. I suck at fighting games so playing the MP is hardly an option for me, especially since I am not putting in so many hours to start properly learning the characters. I did play some faction wars and challenge tower -stuff though. That was dumb.

But yeah, the story. You continue from MK9 you're inevitable going to run into issues of making a story that isn't as incredibly lengthy as that one. And that's not just the length of the game but the span of it. MK9 covers years. MKX covers days. It's a small but significant difference, especially highlighted when MKX often makes you feel like you're just being dropped into the middle of something that has been going on for ages. The characters are nice and the fighting is better than it's ever been, and even the final boss isn't something you have to cheese to win, but man, it's just kind of a lackluster experience. The weirdly placed two or three QTEs don't help either.
VierasTalo's rating: 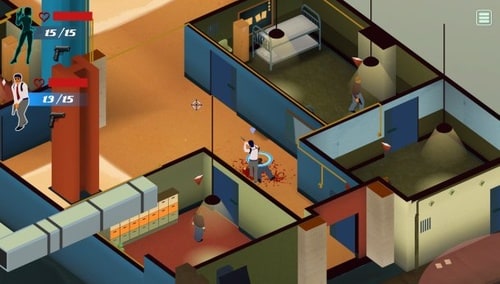 LA Cops feels like a game that started purely out of a cool art style. Not an aesthetic, mind you, but literally just this visual art style of how things should look in the world. Then they tacked on the basic mechanics of Hotline Miami, except with a commandable AI-partner and an extreme emphasis on guns.

The biggest problems arise from the other change to the Hotline-formula, which is that the game is isometric. You can spin the camera around, but the angle is always tilted, never a straight angle from above. As a result the game controls like hot, molten garbage as you get stuck on every doorway, hallway and wall you come across. Your aim doesn't reach about two thirds of the screen from your character who's in the middle, and as a result you can't lock on to most of the enemies you see.

The lock-on is done pressing the F-key, which is weird, but the bigger issue is that the cursor is incredibly floaty and swims all over the screen when you spin it, making it impossible to accurately aim from afar. Most enemies don't die from one hit, but the amount of punishment they can endure isn't exactly well communicated to you, so you can't really plan your attacks at all.

Oh, and the writing is absolutely terrible, as all the dialogue consists of doughnut jokes (because they're cops!) or about how having a lady cop means the commissioner needs to build a new toilet for her.

This is hands down the worst way I've spent money in video games in a long while.
VierasTalo's rating: 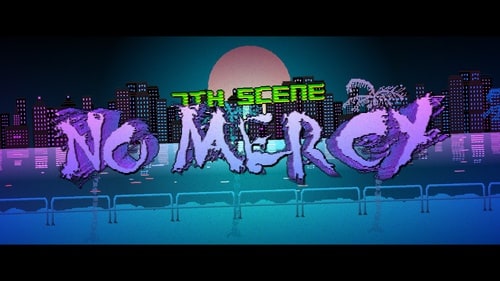 The really impressive, unique and downright weird thing about Hotline Miami 2 is the difficulty curve. If we wrote up a curve that spanned the first game and the sequel, it would gradually go up in a very linear fashion. The first level of Hotline Miami 2 requires you to be as skilled in the game as you were in the end of the first one. It's very rarely done in games, partially because games that actually rely on skill or thinking when it comes to gameplay are one in a million nowadays, and after the initial shock, I couldn't help but love it.

The aesthetic is even more far-gone than the original as the soundtrack has more tracks and the looping is slightly less obvious, and the visual fuckery just goes up to another level particularly with the drug-fueled final level and the absolutely gnarly-ass title screens to each map.

I only wish the writing was on-par, but the definitely more epic story lacks a cohesive theme or, well, plot, as we follow various protagonists and antagonists battle it out in an alternate history. The ending is pitch-perfect, but other than that I could never really appreciate it, especially when compared to the very subjective, delightfully interpretive story of the first game.
VierasTalo's rating: 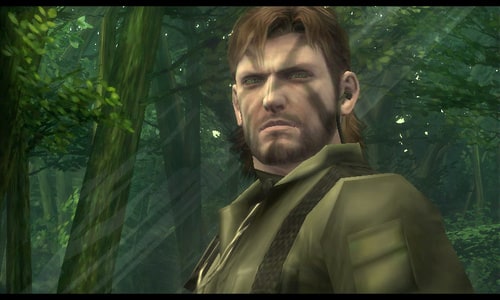 In anticipation for Metal Gear Scanlon 3 I finished MGS3 again. I used CQC and Life Meds for the first time. I never really had a need for CQC before as I always just tranq everyone, but now I just slammed everyone and that slam is hella overpowered. I basically had no alarms aside from the garbage spots in this game where it's real hard to avoid them. I wasn't playing to get a BB-rating or anything so I had no problems with that. The life medicine were a nice bonus, as I was able to not have to replay a few boss fights (Volgin mostly) over and over again because of them.

The game is still a great one and the best in the series and should be played by stealth-aficionados and action fans alike.
VierasTalo's rating: 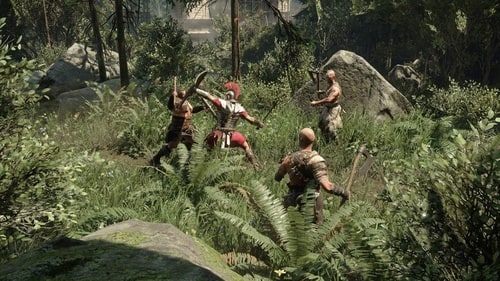 You know, I thought I liked quick-time events. I've never been one of those people who get upset when narrative games run exclusively on them. I like that, if they're done well I'm totally able to just throw myself into that experience. Ryse: Son of Rome is a big, fat, dumb action game with a very linear, stupid and predictable story, and still all of the action in it is driven by QTEs.

When you kill the opponent the points you get for the kill show up on top of the action with a huge white Trojan-font. The screen is occasionally more filled with text than it is with the action. When you go to a menu to spend these points, you'll have to travel through the main menu and the multiplayer menu before you get where you spend the points.

And holy shit, you actually spend the points you have to get more animations! Like, hey, we could tweak the gameplay of this Arkham-clone in some interesting ways through some new weapons or techniques, but nooo, here's a new animation that ends your QTE. I kind of get having new animations for them because about 40% of the game is you executing those animations but oh, my, God is it frustrating to have to BUY those new animations.

So yes, I did not finish this game. It's bad. Despite being real pretty.
VierasTalo's rating:

0
Castlevania: Symphony of the Night - PlayStation
Status: Uncompleted, will not finish
Time spent: About 6 hours 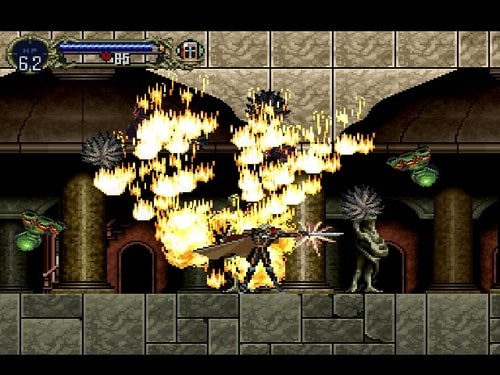 You know Symphony of the Night. It's a masterpiece. What you maybe don't know is that the game is actually on the PSP as a part of the Dracula X Chronicles, a remake of Rondo of Blood which has unlockables for both this game and the original RoB. Unfortunately playing the PSP-version on a Vita means the experience is completely bugged, crashing the game if I equip a fairy after the castle flips. As a result I am not completing this game even though it's really damn good.

Oh, well, I played through it way back when.
VierasTalo's rating:

Dying Light goes about fixing the things that were inherently wrong with Dead Island. It succeeds in making a significantly less buggy and janky experience, but that doesn't really matter when what you have left is still basically a boring, seen-it-before zombie murdering game with fairly boring albeit gory combat mechanics. The analogue combat is nowhere to be seen, and as such, just hitting a trigger over and over again is not fun. The much lauded parkour aspect feels like a poor imitation of Mirror's Edge, but at least it works. That's about all the compliment I'd like to give that thing. I have no real interest in continuing to play this game, though I will admit that the narrative is stronger than in Dead Island. That doesn't really mean anything because the narrative in DI was the equivalent of a really unimaginative three-year old coming up with a story about monsters and viruses. At least this time it feels like something an adult came up with.
VierasTalo's rating: 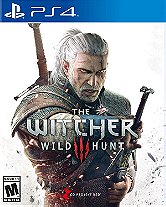 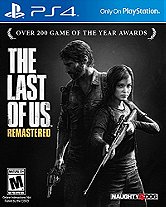 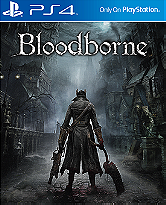 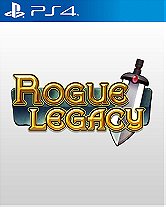 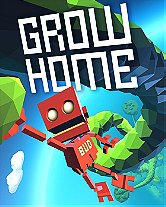 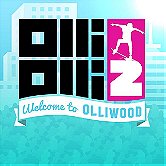 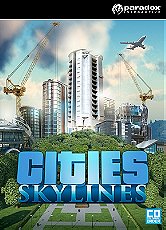 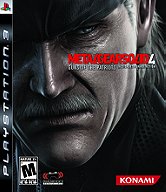 Games I'm playing in 2015. Games I no longer play get comments.

Swing the Music: 10 albums from fellow members by Tumppi

The Unholy: My Half Star Movies by VierasTalo