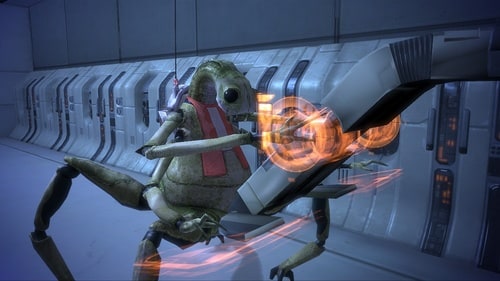 I know I'm a little late getting started on this one with the third just officially being released but better late than never. I actually stated this game a year or so ago and never went back, so now I'm starting from scratch and really enjoying it. I look forward to the other two installments.
Hootsaidtheowl's rating: 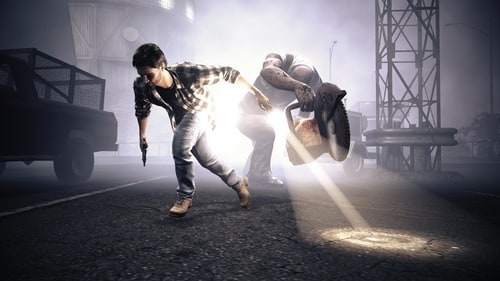 Being a huge fan of the first title this was a no brainer for me. While not exactly a sequel it's a fine way to pass the time with Alan until a follow up shows up.
At this point I've beaten the main a story and am aiming to get the last two achievements for the title. With only 12 one would find that to be rather easy but the last two are proving rather difficult with their emphasis being in the Fight Til Dawn mode.
Hootsaidtheowl's rating: 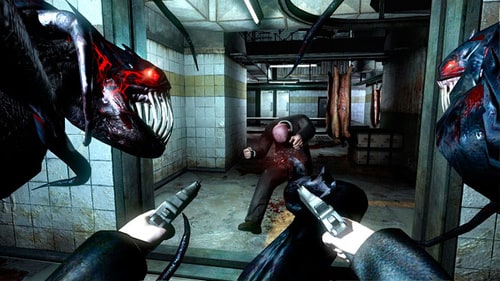 Not much to say on this one honestly. I bought it for five dollars and again am way late on this one as well as a sequel has just been released. 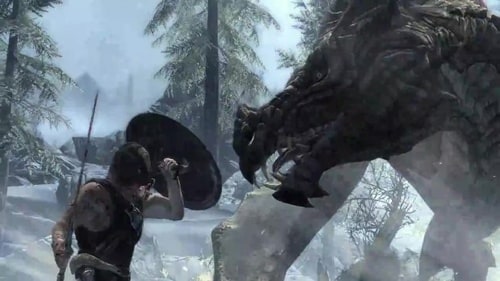 Started and got really busy just need to head back to Skyrim. A great game and one I look forward to tackling again.
Hootsaidtheowl's rating: 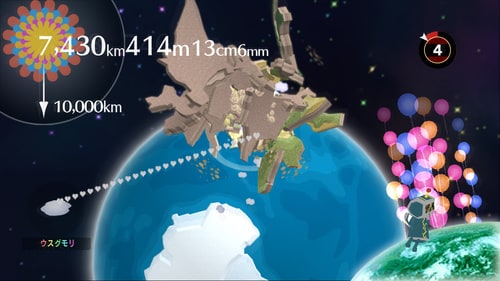 I have truly mastered this game. It's great fun I just need one last achievement which is 100 hours playtime. It's just as horrible as it sounds. I'm not really trying to get it as I play this everyone once in a while for a few minutes understanding that one day it will pop and I will be satisfied.
Hootsaidtheowl's rating: 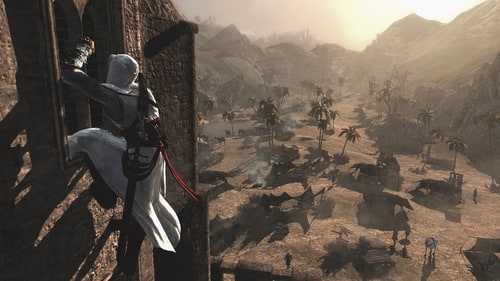 For what seems like the hundredth time I'm late on this one too by a few years. Game is complete story wise and I'm done as well. I include this because I've played it this year and have no intention of ever going back. I didn't care for it all that much honestly. I could have been handled a lot better. I've heard great things about two and know I will I will enjoy it more. For now I am happy to have been introduced to the world but will continue forward with my head down.
Hootsaidtheowl's rating: 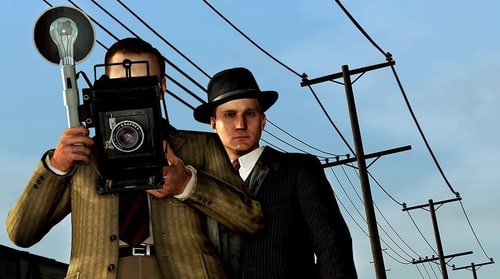 I don't care what many think of me in regards of this game, I love it. It's fantastic for what it is. Could it have been more? Sure, but that doesn't mean it's not great. I love detective fiction and film so this goes rather well with what I enjoy. It's a slow burn for sure but that's what makes it great. I can only hope for further advancement if a sequel ever occurs.
Hootsaidtheowl's rating: 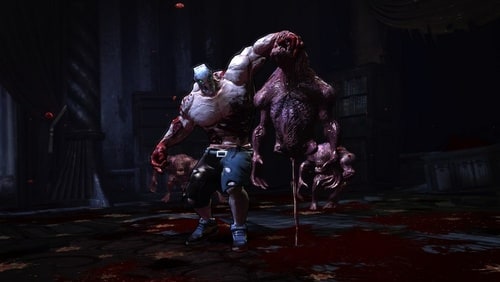 Added this simply because I played it this year. While nothing special of a game it's also nothing horrible. It's cheesy and gory and that's you would expect so good for it. It also has ton of Lovecraft references so that's awesome. A fun way to kill a few hours. The last few levels kind of fell flat but its not bad by any means. I'm sure it's pretty cheap nowadays.
Hootsaidtheowl's rating: 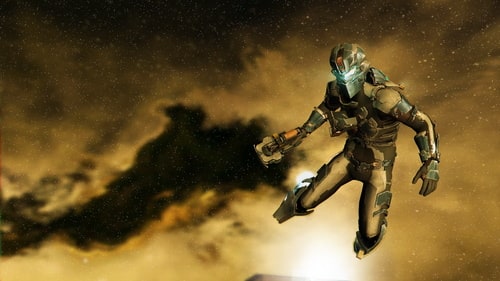 I love this game, it took everything from the original and perfected it. I've beat it twice, the reason I'm including it in the list is simply because I bought the add on this year on sale and finally played through it. While the experience with Severed was short it was still enjoyable. Not sure if I'm ever gonna head back to this one for the hard play-through achievements.
Hootsaidtheowl's rating: 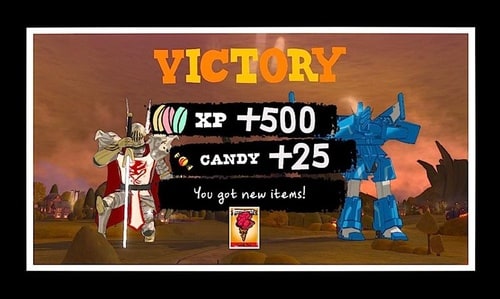 
As of this point I have completely finished the game. I finally got to playing the add on Grubbins on Ice in January and am now hoping that a another add on will surface or a full sequel. I kinda of feel that is a lot in hoping for due to Double Fine's busy schedule.
Hootsaidtheowl's rating: 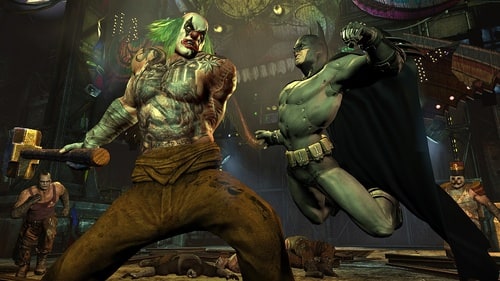 Made my way through most of this game last fall. All I really have left are the combat challenges if I so desire to do them and the achievement with calendar man that takes a year to complete without changing the dates on your system. That's better known as not cheating.
Hootsaidtheowl's rating: 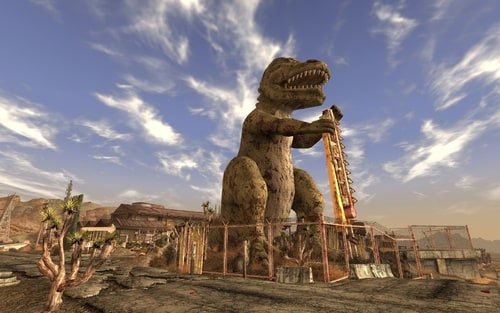 Play quite a bit of this and just stopped one day. Need to go back and actually beat it. I leveled all the way up way too quickly and then didn't have motivation if I wasn't getting xp for it. I really want to play the add on's but don't want to buy them. I might have to get a game of the year edition or whatever the hell it's called these days just so I can download those.
Hootsaidtheowl's rating: 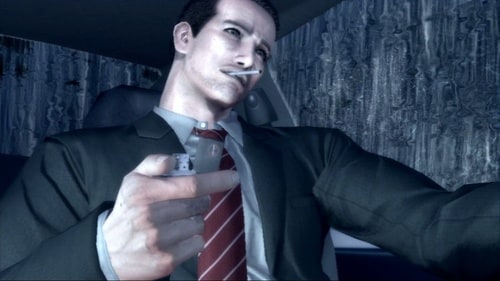 I just can't seem to find the time to fall back into this. I know it will be a huge undertaking and I don't think I have the patience for it. I know it's a bad/amazing game for those who can manage their way through it. I just don't think I'm ready.... 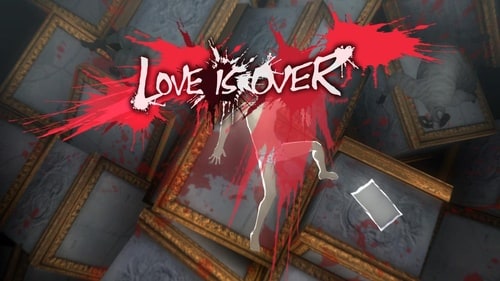 Borrowed from a friend who rented it from gamefly and then he gave it back and left me in the cold. I'm sure I will buy it for myself when it's cheap enough. It was quite fun though and the idea itself is so out there you can't help but enjoy it. 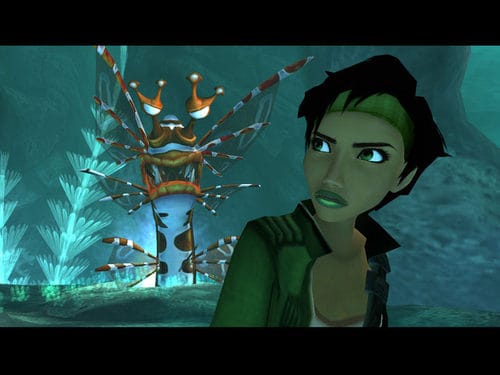 I really can't figure out why I stopped playing this. I wasn't bored or anything. I just stopped randomly, maybe it was from sadness that the second will probably never happen so I decided to stop while I was ahead before I became emotionally attached.
Hootsaidtheowl's rating: 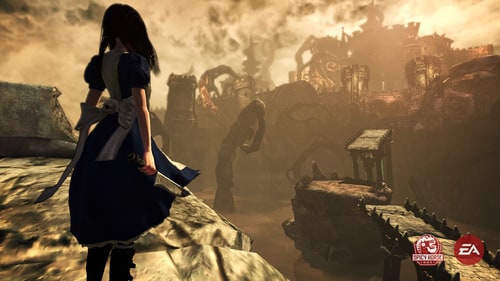 Since this game comes with the first Alice I was making my way through that and randomly hit a snag. I will get back to that shortly.

I've finished the game and the original game as well and can't say anything but good things. The first game as a cool story but falls short due to design elements and it's obvious the game has been ported from PC. The game itself is still great, but is just a bit hard to control at times and you save at the wrong point so that every time you load the game you are immediately killed. The second game however is quite fun to look and the combat is quite wonderful. The story is a bit muddled at time and it really only holds one true boss fight which isn't all that difficult. The true fun of the game is the combat and the absurd amount of collectibles through out that will cause you multiple playthrouwww.listal.com/help/htmlghs. It's about 20 now and should include the original game as well, worth the investment. By the way, it let's you keep mini games if they start to piss you off which is pretty cool actually, though they aren't that hard, if only Lollipop Chainsaw had the feature...I'm talking to you Chapter 2..I hate baseball now.
Hootsaidtheowl's rating: 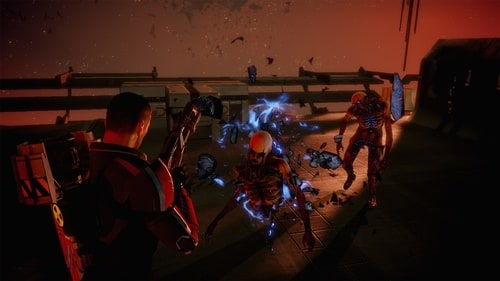 Offically finished with the game and can say that is one of my all time favorites. The story is great and getting know you're squadmates is pretty amazing. Only bad thing about it would have to be the lackluster boss fight near the end, but other than that wonderful wonderful game.
Hootsaidtheowl's rating: 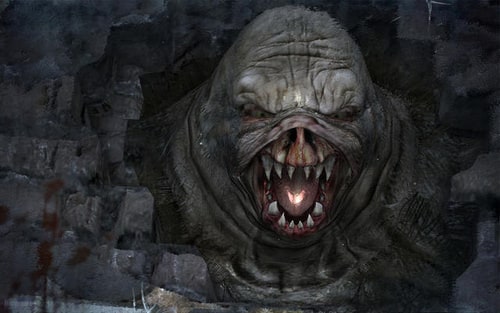 Not much to really say, I wanted to like the game so much, but I just couldn't. It was a great idea at times that fell short many times due to strange design choices or downright bad game play. Maybe the sequel will fix this but I have my doubts. Story has some cool moments, but those interested play with caution.
Hootsaidtheowl's rating: 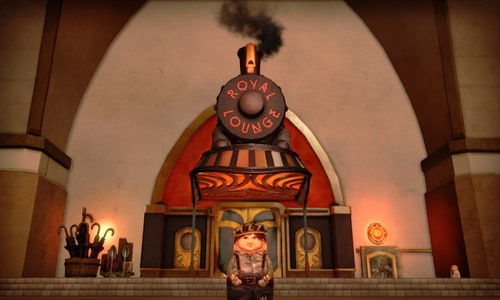 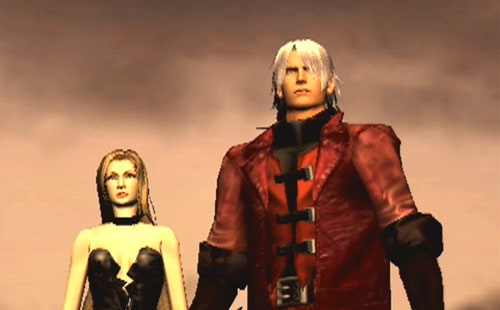 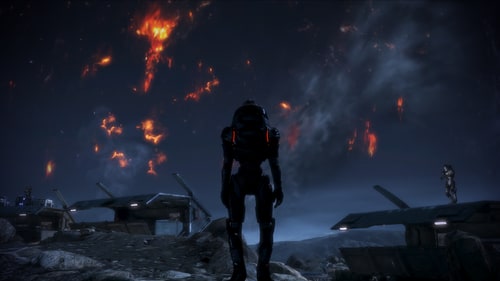 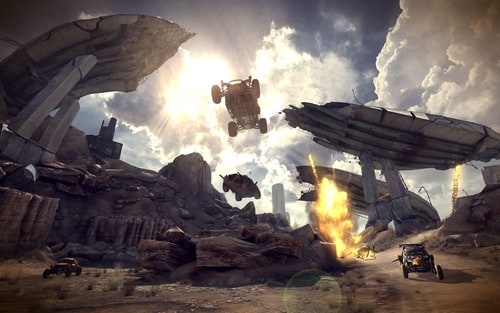 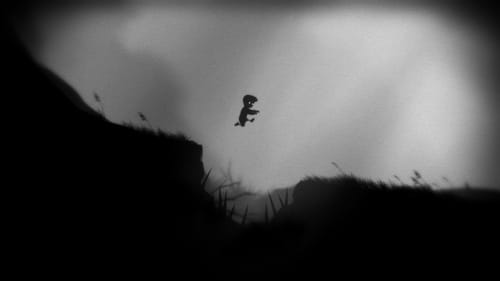 The game is wonderful in every way, but I haven't gone back to it beat it, rather than actually play through blind I am trying to get the achievements along the way which is slowing me down and probably making it harder for me to actually finish it. Besides my own problems, play the damn game, it's wonderful and the atmosphere and kills are brutal. It's a beautiful to look at in every way and downright creepy.
Hootsaidtheowl's rating: 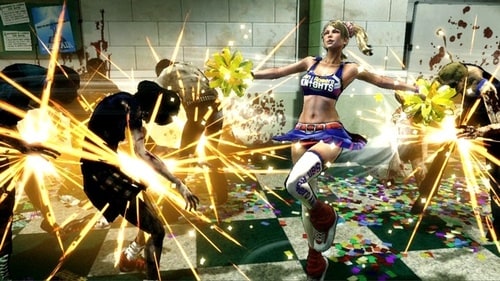 I really enjoyed the game for what it is, but felt the controls fell short a bit at times. I enjoyed fighting zombies for the most part, but the mini games flat out sucked at times and those really drag the experience down. I loved the writing though childish it was fun and helped the story along in a good way, it's just too bad that design choices knocked this down a notch.
Hootsaidtheowl's rating: 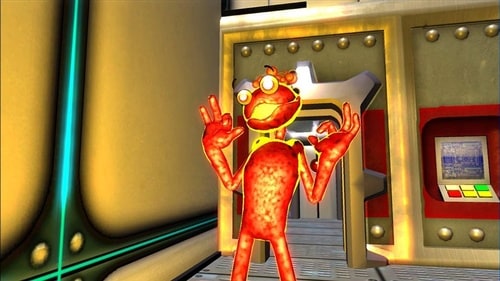 Played quite a bit through this and just got bored so I quit for a bit. Have no idea when I will return to it, it's a lot of trail and error and that smacks my patience a bit too much at times. 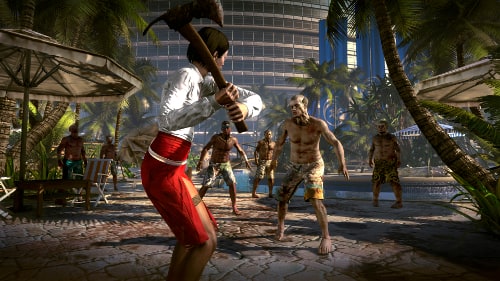 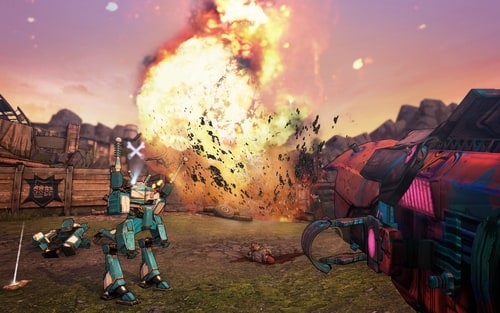 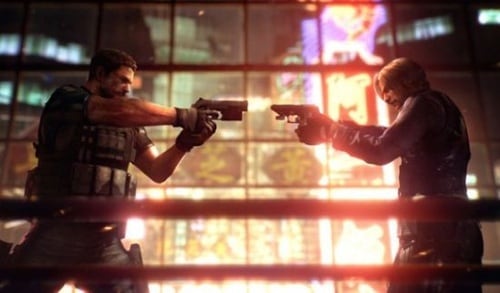 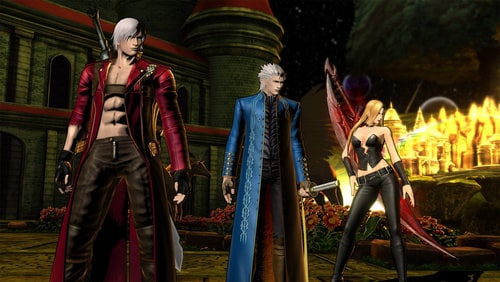 Games that I've found myself playing for the first time or going back and trying to accomplish something in whether it be finally beating it or trying for a few more achievements. I can easily admit that I enjoy getting achievements it's quite fun.

Games Developed or Published by Atlus by John E.

Played: Franchises of Interest by Zozoulini

Watched In Sept 2015 by Hootsaidtheowl

Watched in May 2018 by Hootsaidtheowl

Watched In August 2018 by Hootsaidtheowl

Watched in April 2022 by Hootsaidtheowl

Watched in May 2022 by Hootsaidtheowl

Films Watched In Jan 2020 by Hootsaidtheowl

Watched in July 2021 by Hootsaidtheowl