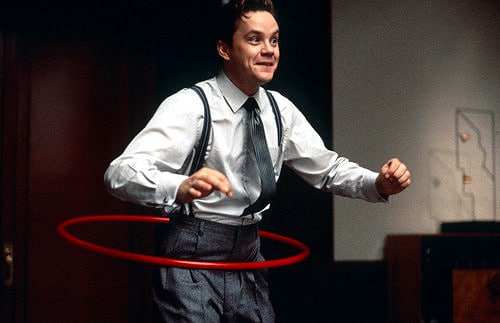 This was the first big budget film from the Coens. Even though the basic idea about Wall Street wasn't that bad, I'm not surprised this movie was a flop. Tim Robbins just isn't good enough in the lead and almost all the characters are pretty lame if you compare them to some characters in other Coen brothers' movies. Don't get me wrong, The Hudsucker Proxy is not a bad movie. It has some great moments, but the black comedy doesn't work in this one like it does in some other films listed here.

"This is a face only a mother could love. On pay day." 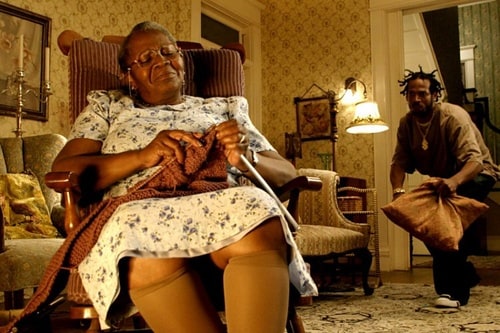 I haven't seen the original movie from the 50s, but it's a good story for the Coens to remake. Unfortunately the result was a disappointment. It doesn't have enough Coen in it, which you can see for example from the numerous fart jokes by J.K Simmons' character. Also the ending is just stupid (dunno if it's like that in the original too, though). The best performance (by far) is given by Irma P. Hall.

"This is a Christian house, boy. No hippity-hop language in here." 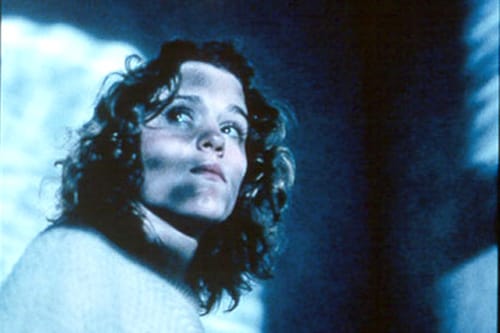 The first film by the Coens was actually the one I saw last. I kind of avoided seeing this because the trailer sucks. Anyway, the movie doesn't. It's a classic story with classic characters like a young wife cheating on her rich husband, a bounty hunter and a young, poor man who's in love. I think the story of Blood Simple needs more twists and maybe a bit more interesting characters. Although the comical private investigator Loren Visser played by M. Emmet Walsh in a way bails out the film.

"Gimme a call whenever you wanna cut off my head. I can always crawl around without it. " 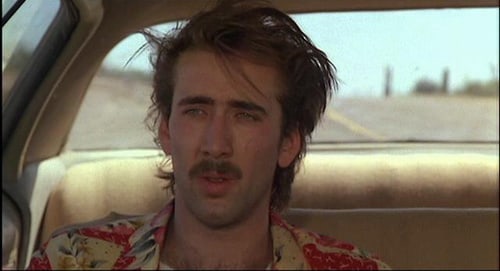 Raising Arizona was one of the few box-office successes from the early production of Joel and Ethan Coen. It's a heartwarming story about a shabby criminal who just wants to be a good father. The casting people have done a good job - Nicholas Gage is at his very best as McDunnough, also John Goodman does a nice small role in this. 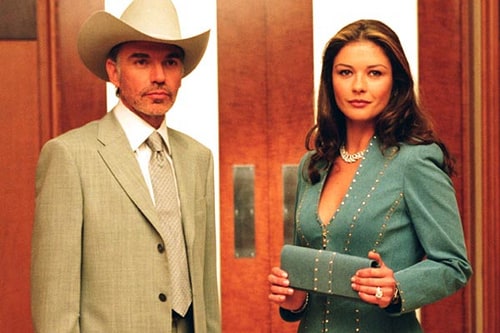 I really have never understood why so many people hate this film. The basic idea of women systematically planning to marry and then divorce rich men, to me, is hilarious. Even though the ending is kind of clichéish, there are some nice twists in this film. I think this movie proves that the Coens can also make great romantic comedies. 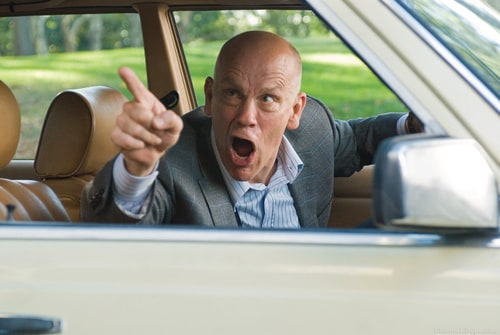 2007-08 was financially great time for Joel and Ethan. Two films in a row managed to gross over 100 million at the box-office. I guess Burn After Reading is the most commercial film the brothers have made, but that doesn't bother me at all. So many funny characters played by the most wanted actors of our time. Even before seeing this, I knew that when John Malkovich gets casted by the Coen brothers, the sky is the limit. I suspect my rating might even go up after a rewatch.

"No. No, I'm sorry, I don't know the number to, uh, my savings account because believe it or not I don't spend my entire day sitting around trying to memorize the fucking numbers to my fucking bank accounts! Moron!" 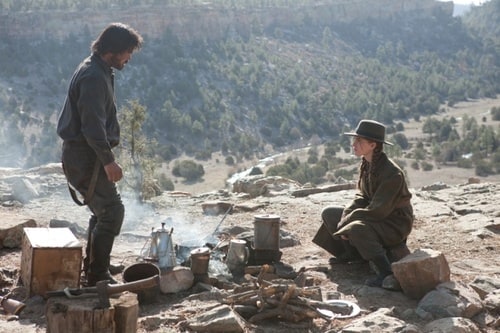 True Grit (or "Hard as a Rock" like it is ridiculously translated in my country) is beautifully shot and elegantly acted. I haven't read the original novel, but I did see the 1969 film - which I liked. Although classical Western isn't really my favorite genre, and I think the Coens work best with a dark material, I truly enjoyed this film at the theaters. 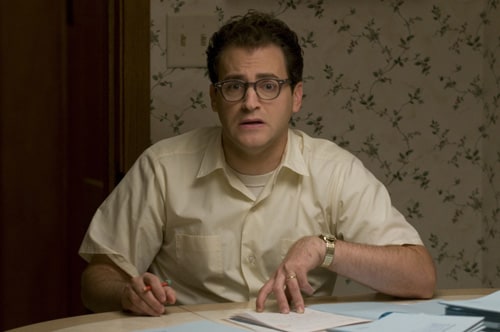 How many problems can one man bear? Michael Stuhlback is so great in this movie with that look of desperation in his face. I thought A Serious Man should have been a longer film. When the movie ended, I felt like having seen only the first half of the story. Jefferson Airplane's Somebody to Love in the soundtrack is just the best possible choice for this film.

"The rabbi is busy" 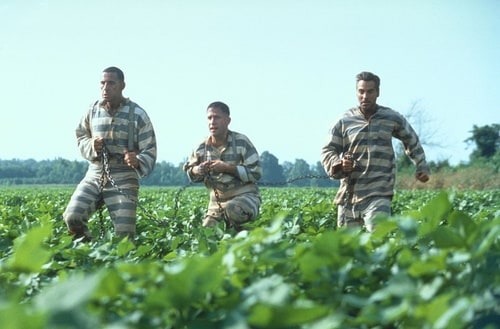 I really didin't know what to expect, when I heard that the Coen brothers have made a musical like 10 years ago. As many of the films on this list O Brother, Where Art Thou? is a pretty simple and funny story. This movie seems to have everything right. The music is convincing, the cinematography is beautiful and the actors' accents are really funny.

So you're against me now too? Is that how it is boys? The whole world, God almighty, and now you. " 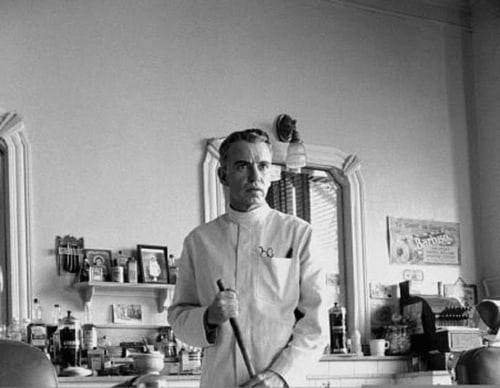 I think there are two versions of this film: a colored one and a black and white one. I saw the latter.

The Man Who Wasn't There is really one of the most elegant films of the last ten years when it comes to the cinematography, the dialogue and the characters. Ed Crane is a great example that the lead actor doesn't always need to be the loquacious type. Scartlett Johansson is also great in this. 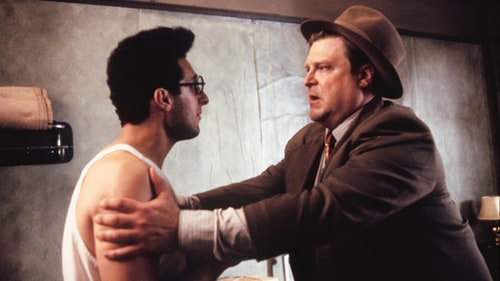 So this is the Coen brothers' film that won a Palm D'Or in -94. Unanimously. Many say this is by far the most thoughtful and symbolistic film by the brothers. I've heard rumours they themselves don't agree. Anyway, Joel and Ethan seem to like writing about things they're familiar with. In Barton Fink's case, the thing is writer's life in Hollywood and there are also some references to Jewishness. The ending is one of the most powerful endings I've seen. It's just so surprising and intense, that it will disturb your mind for a long time. 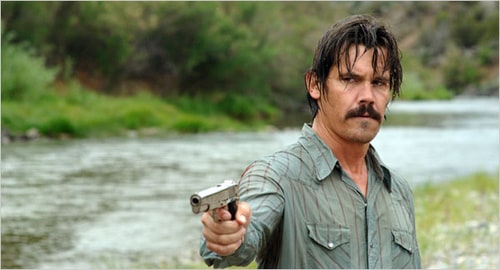 It's funny No Country for Old Men won all those Oscars, because of all the Coen films it has the least amount of the brothers' trademark dialogue and black humor. It's not very hard to imagine Tommy Lee Jones as a soon-to-be-retired officer, who feels like he can't keep up with the new world of criminals. Also Josh Brolin does a fine job, but the one who owns almost every scene in this movie is Javier Bardem as the sick murderer Anton Chigurh. The scene in the gas station is just breathtaking because of him.

"What's the most you ever lost on a coin toss." 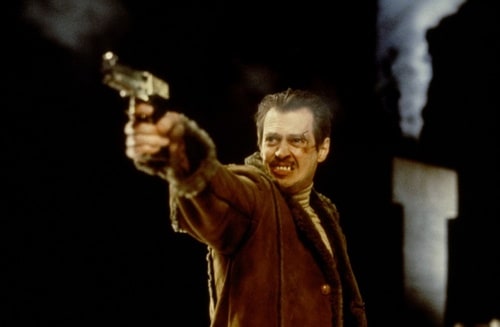 This movie proves that the Coens can write great parts also for women. Joel Coen's wife Frances McDormand is really beliavable as one of the most unefficient cops there are. It's just so great to see a police officer that isn't too obsessed with work. When it comes to acting, Fargo just might be the best film by the brothers. Peter Stormare and Steve Buscemi kick ass as the two criminals that fuck up every possible thing. This is also one of the Coen films I need to rewatch. 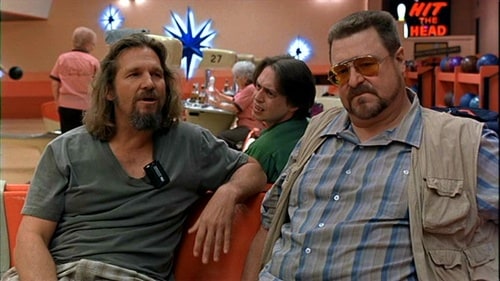 The last few years of the 90s were a good time for the Coens. The Big Lebowski is one of the funniest films I've ever seen. Jeff Bridges does such a great job in this one. It's so funny that the Dude is the most easygoing guy in the whole world, but every time he sees Walter, he snaps completely. This also criticizes the nihilists in a hilarious way. 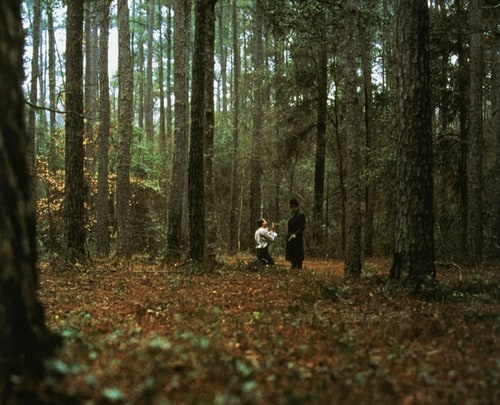 I'm serious here! My favorite Coen film is the 1990 box-office failure Miller's Crossing. This movie really surprised me with it's clever twists and most of all with the best Coen -dialogue ever seen. The story is about some disagreements between the Italian and the Irish mafia. Which, in my opinion, is the coolest basis a film can have.

"If you want me to keep my mouth shut, it's gonna cost you some dough. I figure a thousand bucks is reasonable, so I want two." 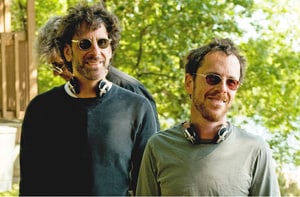 Many actors say it's ones dream to get a Coen brothers role. And I don't blame them. The Coen brothers' characters in general are very well written, and most of the times the story comes second to the dialogue between them.

I think the 90s was distinctly the best time of their careers. Because of masterpieces like Miller's Crossing, Barton Fink, Fargo and The Big Lebowski I sure can have high hopes for every single one of their future projects.

Joel and Ethan's next film is going to be a remake of the 1969 classic True Git, from witch John Wayne won his Oscar for. In the remake, the very same character will be played by the wonderful Jeff Bridges. Matt Damon, Josh Brolin and Barry Pepper are also starring, so it's gonna be a blast in theaters.

Directed By: Joel and Ethan Coen
18 item list by The Cinephile
6 votes

Who the Oscars should have nominated: Directing by Rossjm

Best Films of 2015 by robertstackvoice

Top 25 of Hollywood’s Most Amazing Brunettes by nehocb

Movies watched in 2015 by Kookosbanaani

Filmography of Gary Oldman: From Best to Worst by - WreckMe -