TV shows the giraffe watched in 2015 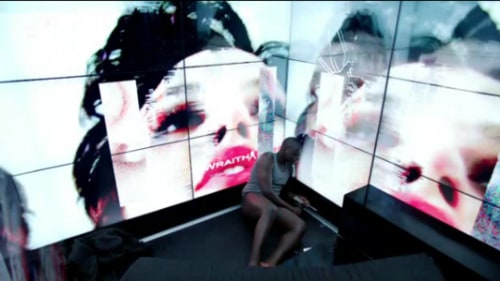 I kept seeing people mention Black Mirror on Twitter & decided I should check it out. And holy hell was it worth my time. I quickly found that I couldn't watch more than one or two episodes in a row because as each one ended I had so much to think about & reflect on, something that's severely lacking in television. I devoured all 6 episodes in about 2 weeks in January, then watched the Christmas special in February (on YouTube, as it's the only one that wasn't on Netflix until December when I watched it again). And now I'm anxiously awaiting more episodes to come out so I can watch them too. 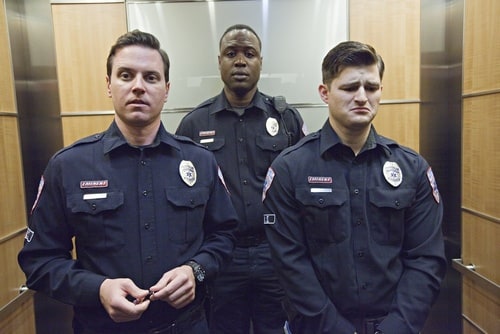 The phrase "developed by Denis Leary" led me to check this out, and I wound up enjoying it so well I ran through the whole first season in a couple of weeks. If you liked Rescue Me you might like this as it's similar in some respects but more focused on comedy than drama. And some of the situations on this show had me howling with laughter. It's not great, but it's damn entertaining & I'll gladly watch any future seasons should they arise.

Favorite episode: "Till Jeff Do Us Part" or "Itsy Bitsy Spider"
the giraffe's rating: 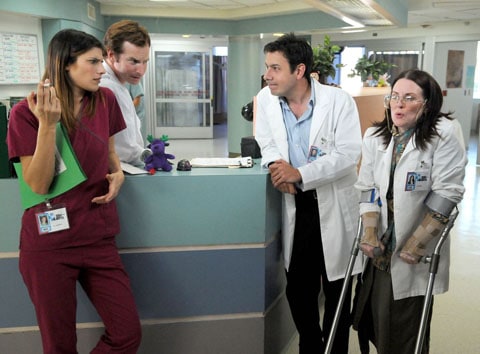 I recall running through the first season of this a few years back & loving it, so it's been sitting in my queue for a while so I can watch more of it. So when I found myself wide awake late one night I decided to start it up again & wound up running through all of season one before I went to bed. Which is no big deal since the episodes are only about 10 minutes each.

Season two was about as good as the first & wound up scoring my favorite episode of the series with the Halloween one. Though by far my favorite part of the entire series is Michael Cera's PA announcements.

I'm just disappointed Netflix only has 2 seasons, given that there are 3 more I could watch. Ah, but that seems to be the norm for Adult Swim series on Netflix...none of them have more than 20 episodes available. Bummer.

Favorite episode: "I Am Not Afraid of Any Ghost"
the giraffe's rating: 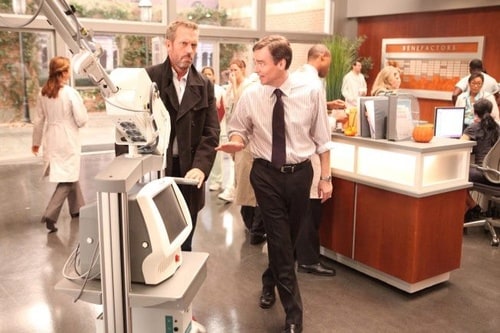 I was doing a damn good job of keeping up with House every week until 2010 began. After that I randomly caught new episodes through the end of season 7. And that was pretty much the end of it unfortunately, though I did catch the first episode of this season at some point before unintentionally abandoning it all. So I've picked it back up in order to run through all of the final season & thus bring closure to our relationship.

And it's funny, back when I watched the show on a regular basis the formula didn't bug me because I was usually more interested in the show's wider story arcs, and thus more willing to accept those for what they are. Plus in the beginning especially a lot of the odd illnesses the patients had were actually interesting. For the majority of season 8 though I was totally bored by the formula & illnesses & could have easily done without them. This season kicks off with a fun but ridiculous episode where House is in prison, before quickly letting him back out to return to his job. Makes that first episode feel fairly pointless. This season introduces new doctors who help make things more interesting, a green-card-chasing "wife" for House who I especially liked, and a few wider story arcs which were satisfying to varying degrees. Fortunately the show ends on a far stronger note, as the final two episodes were easily the best of the bunch though still injected with eye-rolling moments. They're not out of line with the rest of the series though, so it's hard to hate on them too much. And so I'm glad I finally wrapped this series up & that it didn't decide to keep dragging itself along when it was clearly running out of ideas at times. 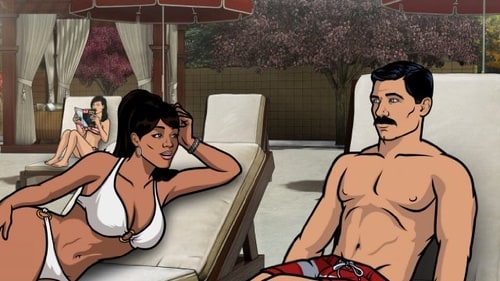 Finally Netflix added the 5th season of Archer AKA Archer: Vice so I could watch it. And while I was initially worried by the fact the first episode ends with a snapshot rundown of the entire season, the good news is that said snapshot doesn't at all diminish the episodes that follow. My only complaint is that while it's still a helluva fun show, there's nothing especially exceptional going on in season 5 aside from the fact it changes everything up for the characters. At the same time though they're still the same old misfits & not changed much by the fact their careers take a big turn here. Thankfully the fun of it all outweighs any shortcomings, but I've gotta say I'm a little disappointed in the fact that when the season ended I didn't have a single favorite episode.
the giraffe's rating: 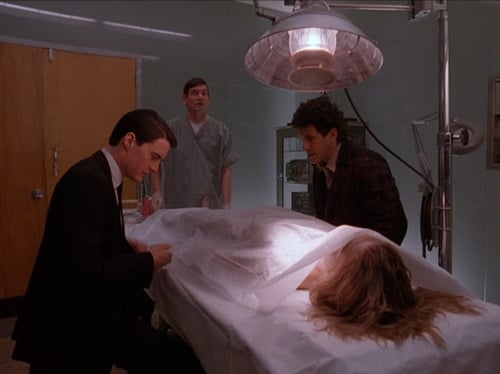 Back when this first aired I was too young to get into it. Now that there are plans to revive the series I figured I'd better get it watched.

The first season kicks off wonderfully, and I appreciated how it constantly digs up more questions and gives us less answers. The characters are definitely interesting, and I'm a little surprised that a series this dark made it on national TV back then. The only downside is that the pacing of the show results in me falling asleep if it's too late when I watch an episode, which is why it took me so long to get through season 1. It's also why I didn't plow into the 2nd season yet. But I will. 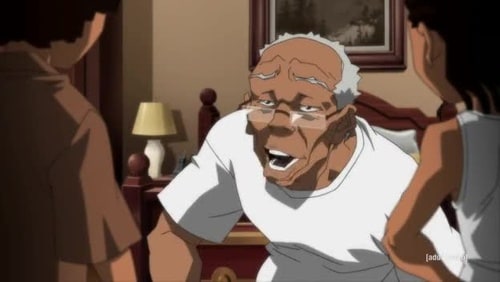 I absolutely loved the comic strip this originated from, and the first season was wonderful all around. The second season was a little weaker, but still enjoyable. Season three I struggled to even hang with.

The episodes are rarely funny to me at all. I only laughed a couple of times in the first half of this season which is sad. It had me questioning whether I ever liked the series at all & why I was sitting through it. The latter half finally managed to present a few entertaining episodes that were actually worth watching, and made me regret a little less that I'd sat through this season. But overall I could have stopped after season 2 and been fine, honestly. No wonder McGruder left after this season ended. 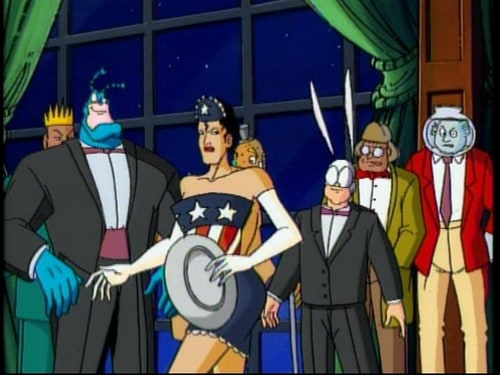 The kiddo spotted this one in my collection & brought it to me wanting to know more about it. So I figured why not watch it with her? By the time we were 4 episodes in she was singing the theme song repeatedly, to the point I began to question whether this was a good thing. Ah, but the show is so much fun I truly have no regrets & I'm thankful for the opportunity to revisit it with her. 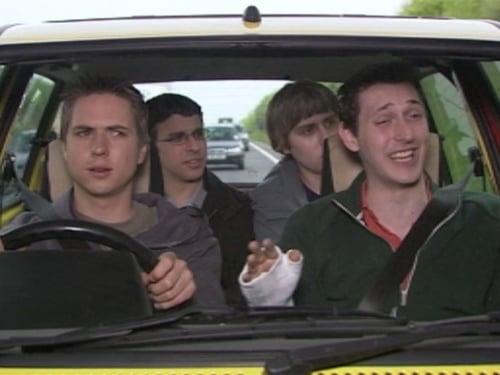 I checked this out due to its good reputation around here, and overall it was worthwhile. The quartet's ineptitude with everything made me feel better about the teen I once was, and more often than not had me laughing at their shenanigans. The characters never change much throughout the three seasons of the show, which has its good & bad points. But it's consistently entertaining, to the point I watched more than one episode every time I sat down to it.
the giraffe's rating: 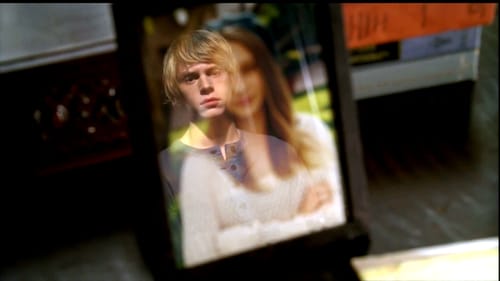 This has sat in my queue far too long untouched, so as summer wound down and fall crept closer I decided to take it for a spin. The first season is mostly damn good. The first half often left me creeped out and wanting to watch something comedic after if it was close to bedtime. The latter half doesn't sustain the creepiness very well as it moves more into dramatic soap opera territory within its horror frame, but overall I enjoyed it. Best of all is the way they end it, as it sets the series up to restart with season 2. I'm definitely curious to check out more. 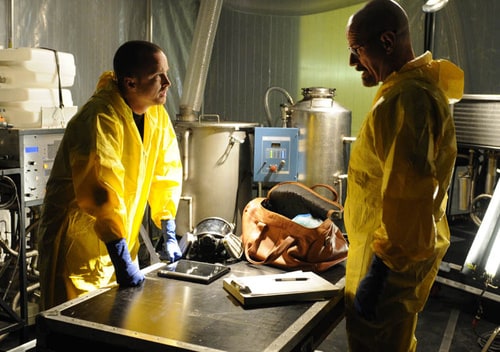 Yeah yeah yeah. Took me forever, but better late than never, right? Just to explain myself, by the time I'd heard the praise for this series well enough to spark my curiosity it was a couple seasons in...so I decided to just wait for it to end and watch it all at once. Thank you, Netflix, for giving me the ability to do so.

I especially appreciate that I've been able to do so because I wind up watching multiple episodes every time I sit down with it. If you wondered why my movie-watching took a significant dive in November, well, this is the main reason. I'd open Netflix and more often than not I'd just dive back in rather than figure out what movie I was in the mood to watch.

Season 1 is a blast from start to finish. Season 2 keeps up the momentum, but wound up going to some predictable places unfortunately. In fact that'd be my only gripe, that at times the plots and dialogue are so predictable I feel like I've seen it before elsewhere. Fortunately the characters are so wonderful, so interesting, that that's a minor gripe. Ah, and the soundtrack for the series is full of gems. I find myself wishing the end credits for each episode would credit the songs so I could track some of them down.

I wound up making it about halfway through season 4 before the year ended, so I should be able to easily finish it up in 2016.
the giraffe's rating: 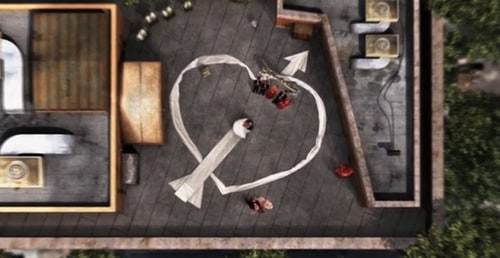 I popped into a Half Price Books in late November and spotted season 5 of this show sitting on the shelf for a very reasonable price. So I picked it up, brought it home, and tore through the entire season in a couple of weeks. I hadn't realized how much I'd missed these characters and found myself laughing hysterically through several episodes. And yet despite the fact that there were far funnier episodes, it's safe to say the heartfelt season finale wound up being my favorite one of the bunch. That final scene is really powerful stuff, and the season as a whole has renewed my enthusiasm for catching up on the rest of the series from here on out.

I tried to catch up more on TV in 2015. The past couple years I've hardly watched any TV, and thus built up quite a heavy load of shows in my Netflix queue that are going unseen. So I primarily tackled those titles to see how much I could get watched around all the movies I watch every month. Thus, unless otherwise noted everything here was streaming on Netflix when I watched it.

Overall I did pretty well I think, and since some of what's here is unfinished I've got more to watch in 2016.

Games i have finished by Noble Nexus

My favorite Games of All Times by Anautix

Albums for desert island by Stefa

100% or almost there by Don Pinstripelli

Games played in 2015 by hsallinen

✍ Much More School, Many Less Movies! by Mejo ♥♫

Best albums of 2013 by the giraffe

Most anticipated films of 2016 by the giraffe

Netflix Instant Project 2013 - The Hits by the giraffe

James Bond movies: Best to worst by the giraffe