Shorty takes time to get himself ready for a night out with his girlfriend, choosing a table at a restaurant proves to be as tricky as ordering food, and his brother spoils the moment by turning up with a drunken friend. 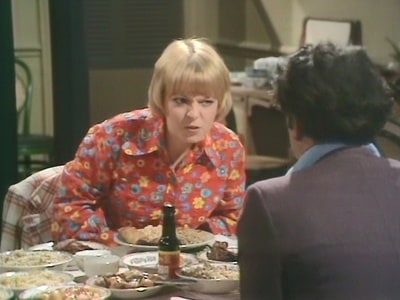 "Which are the prawn's balls?"

Shorty tries to do something a bit special for his mum on Mother's Day, Randy isn't too impressed about the idea of a family day out in Brighton, and a girl on the train finds herself getting close to both of the brothers. 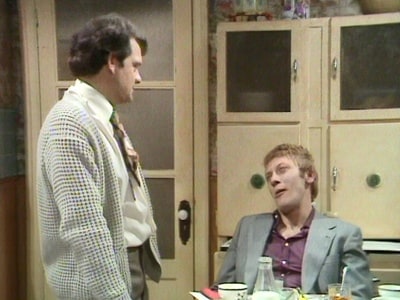 "She said she'd never been south of the River before, except for the Festival Hall. And when I told her I come from Brockley, she thought it was a vegetable."

ALL THE TEA IN CHINA

Shorty's told that he's making far too much effort to impress a woman, taking Kath out to a Chinese restaurant leads to a number of problems, and Randy and his friend spoil things when they suddenly turn up drunk. 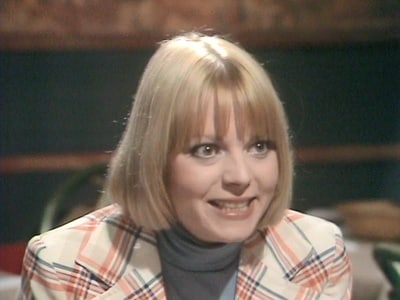 "Aries? A ram! Ooh, Bernard, you know what that means, don't ya? What's your rising sign?"

Shorty offers Kath a lift after bumping into her accidentally on purpose, his mother suggests inviting her round so her new fella can do his magic, and putting a bottle of champagne in the freezer warms things up nicely. 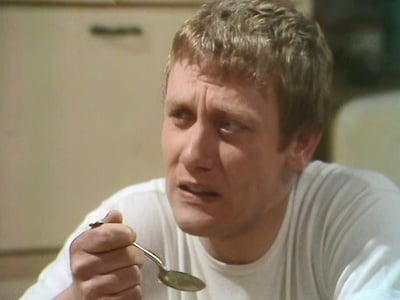 Shorty gets dressed up when he finds Kath's handbag under Randy's bed,
an offer to mend a broken window pane lands him between her parents, and her delighted mother asks him to do another little job in the kitchen. 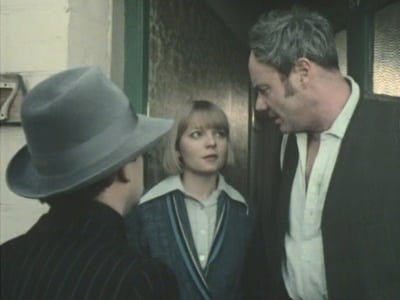 "You keep your hand on your ha'penny, my girl. That's all."

IT'S A DOG'S LIFE

Shorty worries his mother when he questions whether it's all pointless, Randy tries not to laugh when his brother talks about being in love, and Kath explains how a Frenchman introduced her to a sophisticated drink. 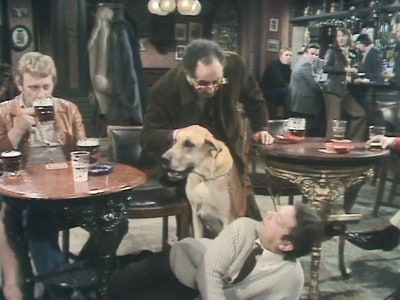 "I wouldn't stay there too long, he's not had his supper yet."

Randy points out that certain things were never actually said in the pub,
Shorty goes to get his tools after offering to fix the Peakes' doorbell, and Kath's suggestion to play a game leads to a confusing game of charades. 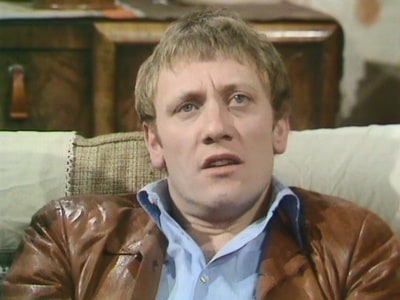 "Anyway, I don't think I dare play snap. The doctor's warned me about overdoing the excitement."

THE POWER AND THE GLORY

Randy and his mum aren't too happy about being woken up on a Sunday, a call from the church suggests that it might have been down to fate, and Shorty causes concern when he decides that it's time to propose to Kath. 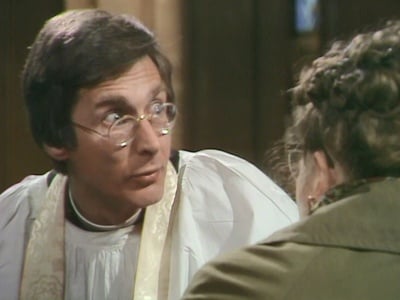 "Well, the Archangel Gabriel revealed himself to her."

Mrs. Mepstead gets things ready for Sunday lunch with the Peake family, the presence of an interfering guest doesn't go down well in the kitchen, and Kath gets a second shock when Shorty makes his big announcement. 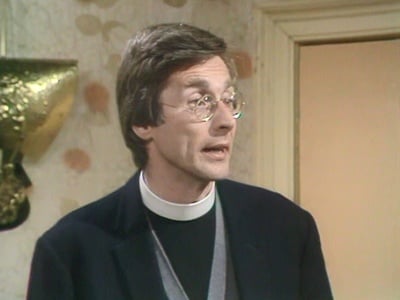 "Mrs. Mepstead, I think you ought to know that there's somebody being sick in your dustbin. I hope you don't mind my bringing it up."

Kath offers to help Mrs. Mepstead with the washing at the launderette, Shorty and Randy are called in when the machines start to malfunction, and the the truth about a sneaky kiss fills the whole place with bubbles. 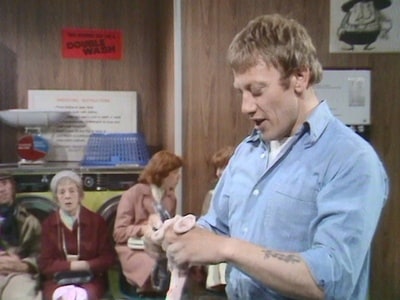 "Hey, look at this. I've found a man's shirt, one sock and a pair of women's bloomers. Anyone here married to a transvestite with a wooden leg?"

Mrs. Mepstead hits it off with a man she meets after a win on the bingo, Randy's way with the ladies sees him take a bird home from the pub, and Shorty and Kath get trapped in a lift when they go to see a fortune teller. 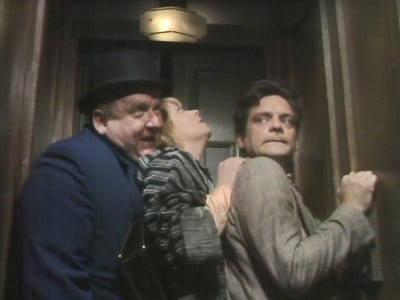 "I know what. Now, try putting your foot on this. Now, it's nice and firm. Well, I can hold it steady."

Randy tries to help Shorty when he applies to go on a confidence course, Mrs. Mepstead suggests a quick wedding when Kath ends up in the club, and a desperate attempt to trick the innocent leads to a sinking feeling. 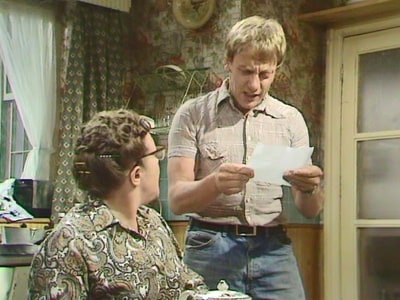 "Here, what's that? 'Increase your word power. Do you stammer? Stutter? Hesitate? Are you strangled? Tongue-tied? Inarticulate? Bottled-up? Unable to get it out when you want to?' I know the feeling."

A NIGHT ON THE MOORS

Shorty and Kath get lost on Salisbury Plain on the way to Bournemouth, a farmer and his frustrated wife offer to put them up on a stormy night, and a helping hand is required after a couple of mishaps with hot soup. 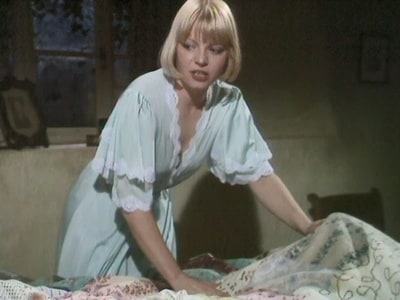 "Here, there's something hard in your bed."

Mrs. Mepstead sees the funny side of what happened on Salisbury Plain, Randy gets distracted by something tasty at the wedding rehearsal, and a very nervous Shorty gets ready far too early for his and Kath's big day. 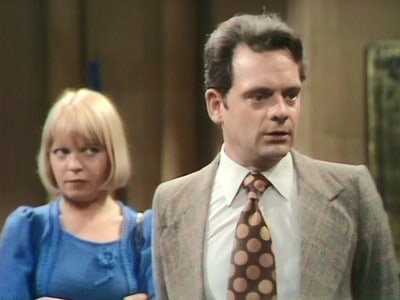 "Mrs. Peake, you know what my feelings are for Kathleen and the esteem in which I hold her. I would just like you to know that I will always try and hold you in the same way." 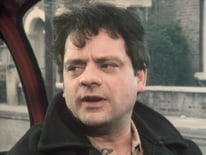 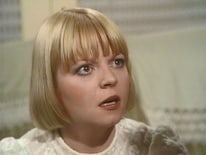 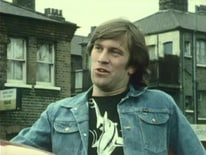 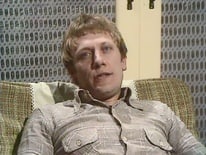 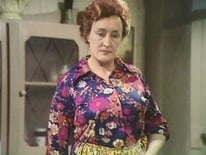 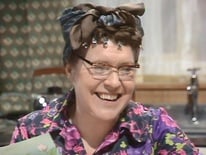 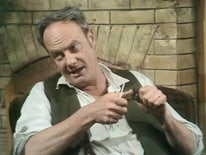 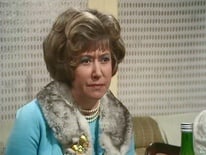 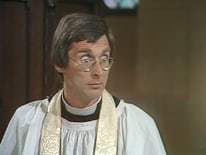 Shorty Mepstead is far too nice to notice that the girl he loves is infatuated with his bird-chasing older brother, Randy.