The ship that completed the Kessel Run in less than 12 parsecs. The Falcon had an infamous history as the personal transport of Han Solo. After Han's involvment with the Rebellion, the Falcon became one of the most famous ship in the galaxy. There was a time when Han lost the Falcon until he recovered it with the help of Rey and Finn.
Leader Vladimir's rating: 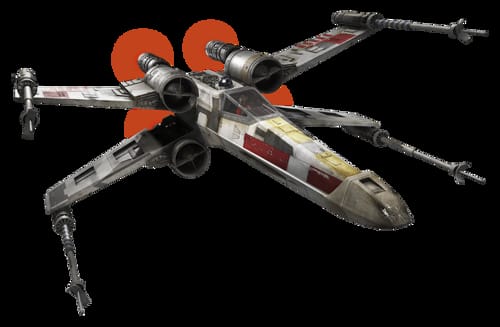 The Incom T-65 X-wing is the fighter that killed the Death Star. Boasting an almost perfect balance of speed, maneuverability and defensive shielding, this is the fighter of choice for the Rebel Alliance. In the later years, newer models of the X-wing would be produced and handled by the Alliance's successor, the Resistance.
Leader Vladimir's rating: 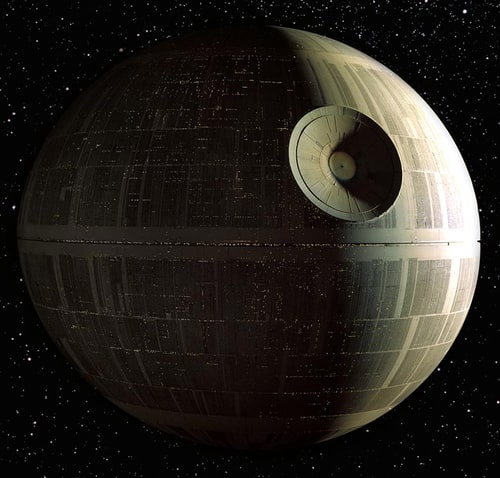 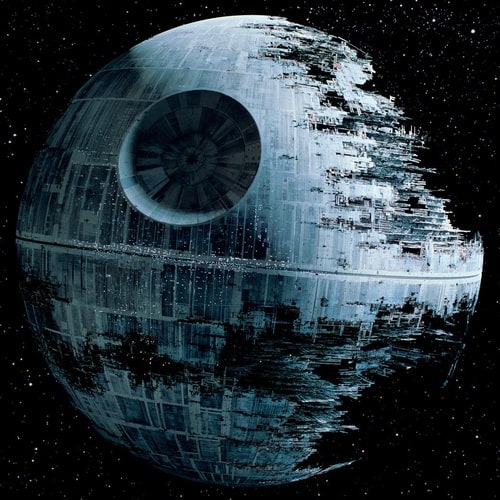 You want something scarier than Star Destroyers? Here are the things than will make you think twice before you challenge the Empire. These moon-sized space stations are powerful enough to destroy planets and were created by the Empire to deter insurrections and keep planets in line through fear.

Fun fact: the Death Star superlaser is powered by Kyber Crystals, the same crystal that powers lightsabers. The superlaser shot is essentially the mother of all lightsaber skewerings.
Leader Vladimir's rating:

Created by the same group that created the X-wing, the U-wing is primarily used to drop troops into battle, and provide cover fire for them. Famously used the Battle of Scarif, the U-wings went toe-to-toe against Imperial walkers and TIE fighters to give Rogue One enough time to deliver the Death Star's plans to the Rebel Alliance.
Leader Vladimir's rating: 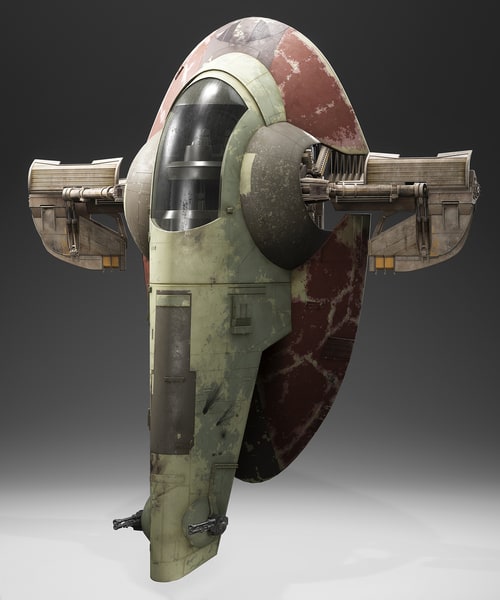 Badass bounty hunters need a badass ship. The Slave I was used by Jango Fett and his son Boba in their many travels across the galaxy. Like its bounty hunter pilots, the ship is outfitted with several weapons, including laser cannons, seismic charges, and projectile launchers.
Leader Vladimir's rating: 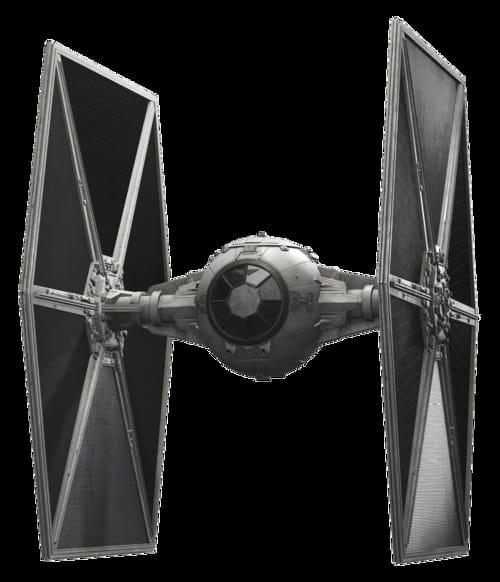 The signature starfighter of the Galactic Empire and de facto symbol of Imperial space superiority. Few can forget the cry of a TIE fighter, as it zooms over their heads or right at them at dangerous speeds. Later models of the TIE fighter were later produced and used by the First Order, the Empire's successor.
Leader Vladimir's rating: 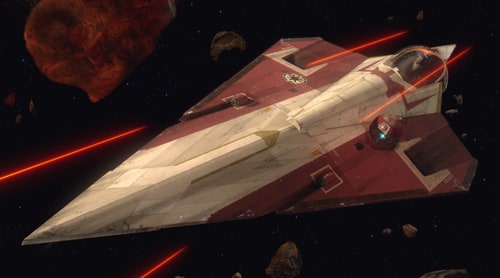 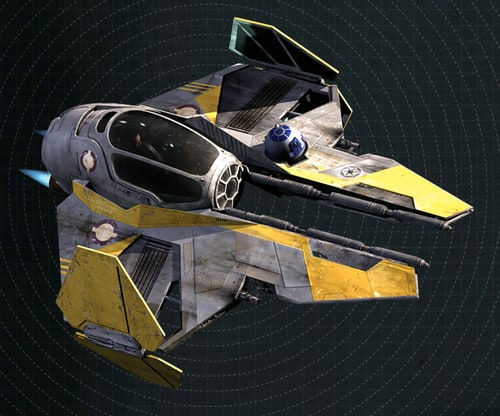 Designed to be piloted specifically by Jedi, these ships feature less internal systems than other starships, and focused on making the controls as responsive as possible due to the Jedi's Force-sensitive capabilities. These ships saw extensive use by the Jedi during the Clone Wars. Two famous instances involving Jedi fighters are Obi-Wan Kenobi's dogfight with Jango Fett above Geonosis and the Battle of Coruscant.
Leader Vladimir's rating:

The perennial symbol of the Galactic Empire. These dagger-shaped warships are tasked with maintaining peace and order by squashing any possible signs of rebel activity. They boast weapons emplacements, assault troops, boarding craft, and TIE fighters. In the heyday of the Empire, its command bridge was staffed by the finest crewmen in the navy. 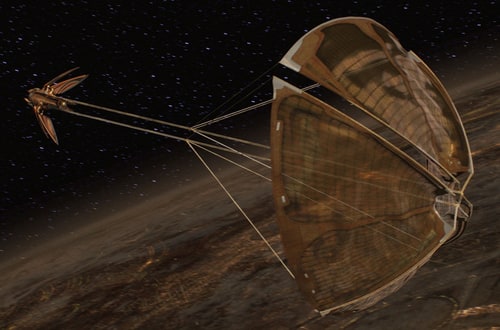 Count Dooku's solar sailer makes for a colorful, unexpected visual in the Prequels, as it unfurls its reflective sail. These ships had to be small, because of the way they operated. Solar sailers used lasers and tachyon streams pushing against the sail to propel themselves. Also because of this, the sails had to be enormous in order to enable the vessel to go into hyperspace, making this kind of ship rare and difficult to produce.
Leader Vladimir's rating: 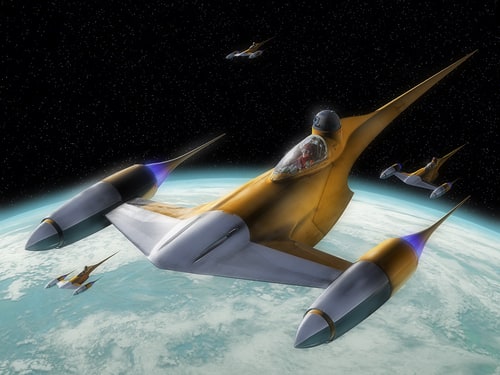 A colorful ship for a colorful movie. The N-1 fighter serve the same role as the X-wings in the Original Trilogy, as the front line fighters of the Naboo force. They are mostly used by the local Naboo Royal Security Forces, but were more than capable of taking out a Trade Federation droid control ship, as Anakin Skywalker demonstrated.
Leader Vladimir's rating: 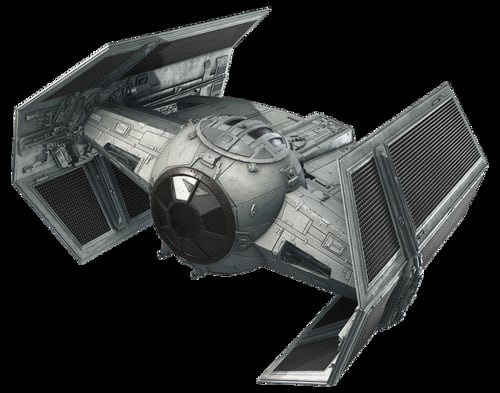 A prototype starfighter from TIE line of Imperial ships, it serves as Darth Vader's personal ship. Its advanced systems, combined with Vader's mastery of the Force, make it a tremendous enemy in the heat of battle. It was famously used by Vader against the Rebels in the Battle of Yavin. 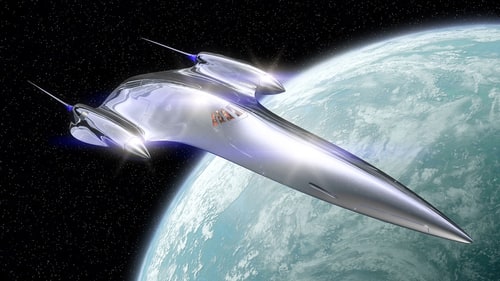 A beautiful ship used by Padme Amidala, the Queen of Naboo in the years preceding the Clone Wars. Considered a work of art by Naboo citizens, this spaceship featured an excellent design that exemplified the philosophy of blending art and function that was seen throughout Naboo technology, and embodied the craftsmanship that prevailed during the peaceful years of the Galactic Republic.
Leader Vladimir's rating:

The Star Wars saga is filled to the brim with extraordinary spaceships, from starfighters like the X-wing, smuggling ships like the Millennium Falcon or colossal warships like the Star Destroyer. It's time to pick your favorite.
RULES
1- Vote for your favorite 5 in top-to-bottom order
2 - Characters will receive votes as follows
1st place = 5 pts
2nd place = 4 pts
3rd place = 3 pts
and so on,...
3 - If you don't see one of your favorites, vote for them anyway and I'll add them to the list.
4 - Only ships appearing in the current Star Wars canon are permitted. Ships from the Legends continuity are not allowed.
5 - Votes will only be valid if users add vote for the list itself. Only adding votes to the comments section is not enough.

The Legacy of James T. Kirk by Leader Vladimir

The Legacy of Fox McCloud by Leader Vladimir