Pickles (born 1962 or 1963; died 1967) was a black and white collie dog, known for his role in finding the stolen Jules Rimet Trophy in March 1966, four months before the 1966 FIFA World Cup was scheduled to kick off in England. 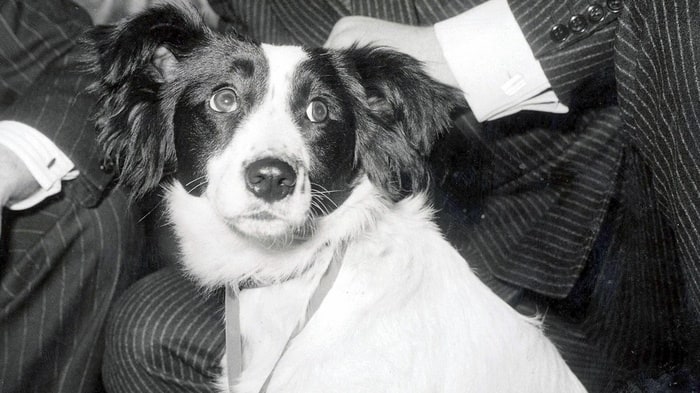 Red Rum (bay gelding; 3 May 1965 – 18 October 1995) was a champion Thoroughbred steeplechaser. He achieved an unmatched historic treble when he won the Grand National in 1973, 1974 and 1977, and also came second in the two intervening years, 1975 and 1976. The Grand National is a notoriously difficult race that has been described as "the ultimate test of a horse’s courage". He was also renowned for his jumping ability, having not fallen in 100 races.

The 1973 race in which Red Rum secured his comeback victory from 30 lengths behind is often considered one of the greatest Grand Nationals in history. In a 2002 UK poll, Red Rum's historic third triumph in the Grand National was voted the 24th greatest sporting moment of all time. 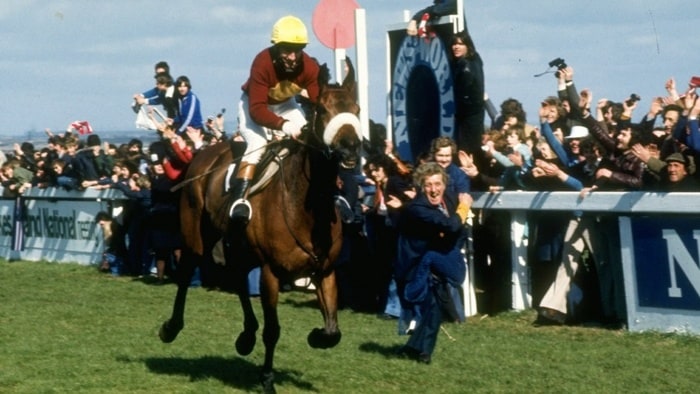 Bubbles (born April 30, 1983) is a common chimpanzee once kept as a pet by American recording artist Michael Jackson, who bought him from a Texas research facility in the early 1980s. Bubbles frequently traveled with Jackson, leading to media mockery and a public perception of Jackson as eccentric. During the Bad world tour, for example, Jackson brought Bubbles to Japan, where they drank tea with the mayor of Osaka.

Bubbles was initially kept at the Jackson family home in Encino, Los Angeles, but was moved to Neverland Ranch in 1988. There, he slept in a crib in Jackson's bedroom, used Jackson's toilet and ate candy in the Neverland movie theater. By 2003, like many captive chimpanzees, Bubbles had matured into a large and aggressive adult chimp unsuitable as a companion animal, and was sent to a California animal trainer. When the trainer closed his operation in 2004, Bubbles was moved to the Center for Great Apes, a sanctuary in Wauchula, Florida, where he has lived since 2005. 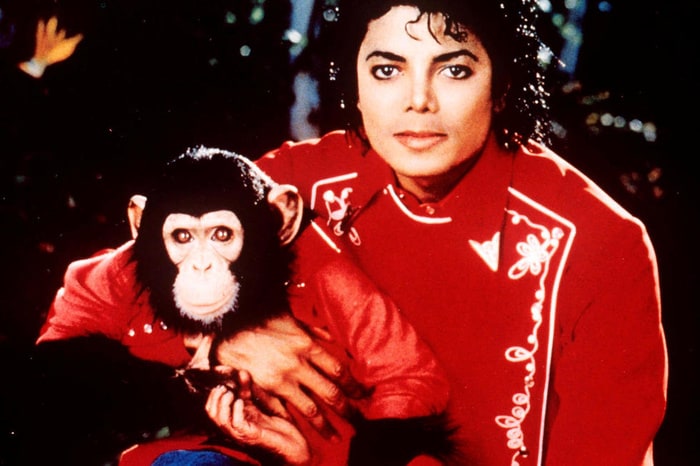 Rin Tin Tin (often hyphenated as Rin-Tin-Tin; September 1918 – August 10, 1932) was a male German Shepherd that was an international star in motion pictures. He was rescued from a World War I battlefield by an American soldier, Lee Duncan, who nicknamed him "Rinty". Duncan trained Rin Tin Tin and obtained silent film work for the dog. Rin Tin Tin was an immediate box-office success and went on to appear in 27 Hollywood films, gaining worldwide fame. Along with the earlier canine film star Strongheart, Rin Tin Tin was responsible for greatly increasing the popularity of German Shepherd dogs as family pets. The immense profitability of his films contributed to the success of Warner Bros. studios and helped advance the career of Darryl F. Zanuck. 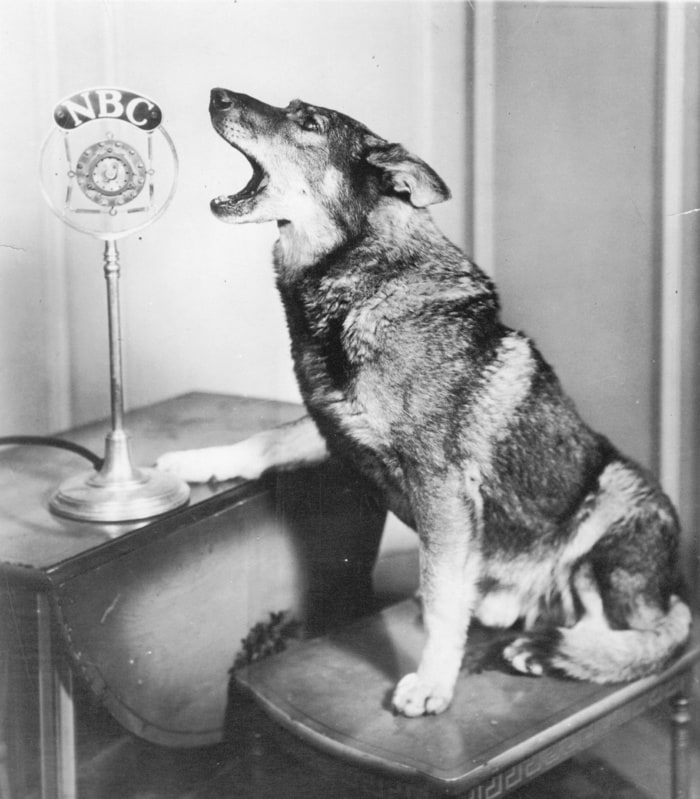 Spuds MacKenzie may have been "the original party animal," surrounded by adoring bikini-clad women (the "Spudettes") in a series of Budweiser beer commercials in the late 1980s, but the Bull Terrier who portrayed him, Honey Tree Evil Eye, was actually a female. Honey Tree Evil Eye passed away in 1993, just a few years after the L.A. Times declared Spuds to be "the Nation's Most Unlikely Sex Symbol." 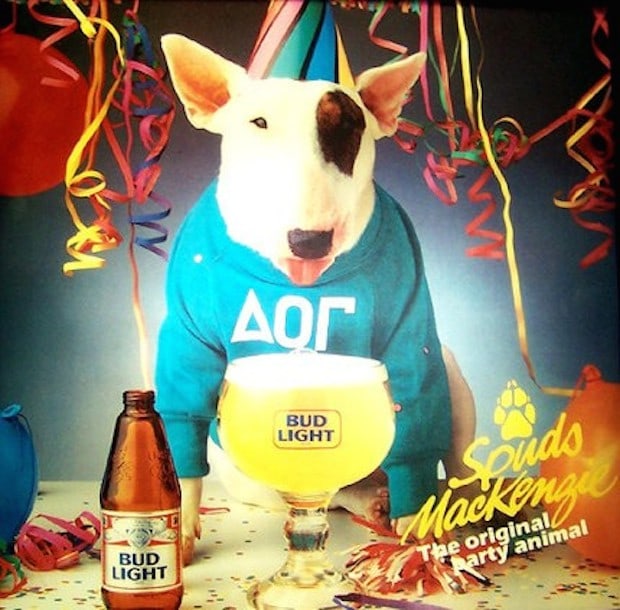 Peggy was born in Liberia in 1945. Peggy made her film debut in 1948 in the film Jungle Jim starring Johnny Weissmuller and Virginia Grey playing Jungle Jim's faithful companion Tamba. In 1951, Peggy was cast opposite Ronald Reagan in Bedtime for Bonzo. Professor Peter Boyd (Ronald Reagan) tries to teach a chimpanzee called Bonzo (played by Peggy) the concepts of right and wrong in an experiment regarding the merits of nature vs. nurture.

Peggy was very intelligent and had learned to obey 502 oral commands. Peggy was also a very talented chimpanzee. She could do flips in a crib, ride a tricycle, open doors, climb out windows, jump into and out of the back seat of an automobile, remove and replace a necktie. Critics cited Reagan as “the first president in history to be out-acted by a chimp.” In Reagan's own words, “I fought a losing battle with a scene-stealer with a built-in edge: he was a chimpanzee!” Making the film was certainly not monkey business; in fact, one unfortunate run-in with its leading ape nearly cost Reagan his life.

One day on the set, Peggy’s natural inquisitiveness got the better of her. Spying Reagan’s necktie, she grabbed it with both hands and began to pull. Startled, the actor tried to back away, but the harder he resisted, the harder she pulled, nearly suffocating the fortieth US president in the process. Eventually, Reagan was able to break free of her grasp—but by then, he later recalled, the knot in his tie was “as small as my fingernail.” Far too tight to be untied by hand, the garment had to be cut off Reagan’s neck by a nearby crewmember.

Peggy was one of the highest paid animal actors in Hollywood, earning a weekly salary of $1000.

Peggy and Ronald Reagan were schedule to host the first PATSY awards in 1951, when tragedy struck. The World Jungle Compound, where Peggy lived, a fire broke out. Peggy escaped the flames but was over come by smoke inhalation. For 30 minutes, rescuers made a valiant attempt to resuscitate Peggy. Oxygen was administered and adrenaline was injected into her heart, all to no avail, Peggy died at the age of six.

Peggy's owner, Billy Richards, gave her body to chiropractor William H. Straughn of Sherman Oaks, who had trained at Los Angeles Chiropractic College in Glendale. William Straughn donated the body to college anatomy professor and chiropractor Arthur Nilsson for use in comparative anatomy studies. It is said that Peggy's body “made an invaluable contribution to extensive research and study of comparative anatomy — a chimp with man." After Nilsson’s research was completed in 1953, Peggy's skeleton was placed in a glass case in the college’s anatomical museum. 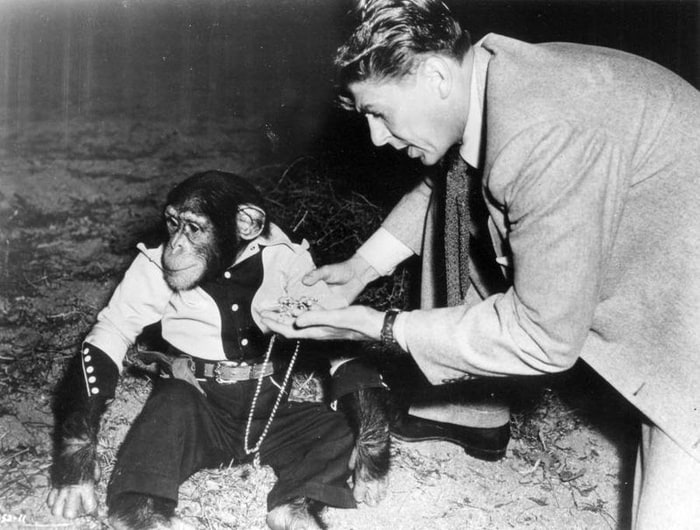 Snowflake (Catalan: Floquet de Neu, Spanish: Copito de Nieve; c. 1964 – 2003) was a Western lowland gorilla, famous for being the only known albino gorilla in the world. He became a wildly popular attraction at the Barcelona Zoo in Spain, where he lived almost his entire life, becoming almost a mascot for the city.

Researchers have pinned Snowflake's albinism down to a single gene: SLC45A2. The gorilla inherited the mutation from his parents. The genome sequencing also revealed that Snowflake had large stretches of inherited genes from his mother and father that were identical--in fact, his mother and father shared 12 percent of their DNA, which indicates that they were uncle and niece.

Western lowland gorillas don't normally struggle with inbreeding, but as their population decreases and their habitat is destroyed, it's increasingly becoming a problem. Snowflake appears to be the result of that--though he lived a long and healthy life, fathering six children to adulthood and living to the ripe old age of 40 (western lowland gorillas usually only live to about 25). 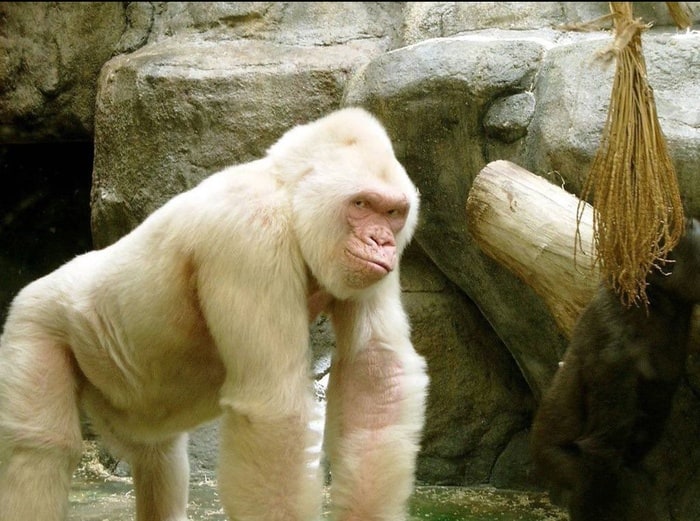 Walter Geoffrey (b. February 15, 2014) is a French bulldog who went viral with his unique howl, which many have compared to the voice of an opera singer. His Instagram account, @waltergeoffreythefrenchie, has amassed 550,000 followers to date. He has been featured on The Ellen Show, The View, Good Morning America and countless social media and news accounts. A popular "remix" of his howling video was released by Timbu Fun. His owner is Amber Martin. 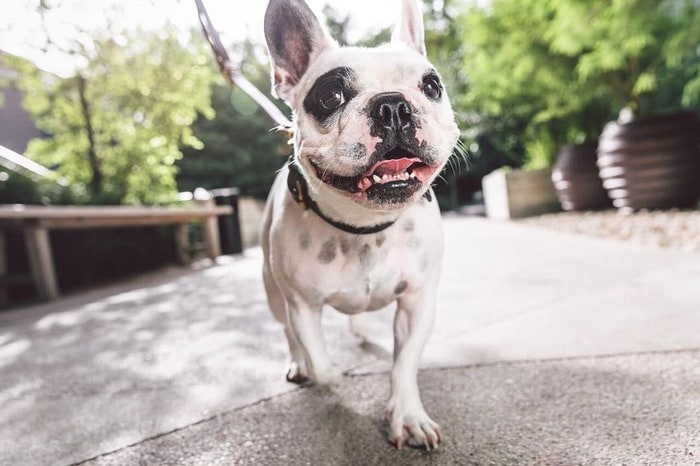 I've been thinking, if humans hadn't arrived on earth, what would be an animal's purpose in life other than to exist? They eat, sleep then die. While this may sound like the typical human, without the means and the technology to record, the achievements of particular animals will be lost. Their intelligence only goes as far as propagating themselves without really having any imprint on anything. If this has been the natural order of all living creatures, then humans are the only ones who found a way to go against it and thus give life more purpose and meaning. Even those people who haven't exactly made their mark will still have traces of themselves and their activity for the discovery of future generations. It's practically taken for granted.

With that being said, here are the few who were lucky enough to get recognised for their feats and have their fame spread across the populace. In the future, if we can find a way of successfully integrating animals into our language and customs, then these exceptional examples of their species will not just live on in the memories of humans but also their kind.

Animals in Florida, USA by kathy

Animals On Slides by kathy

a message by Henny