Ooooh this is gonna be fun!

It's not gonna be much because it's a NEW YEAR buttttt, I'll do my best! I'm adding movies & tv (Because I watch youtube videos and/or twitch streams a lot, lol

Matt Dillon's debut, he played a lil' fucktard & I was allllllll forrrrrrr ittttttttt!!! 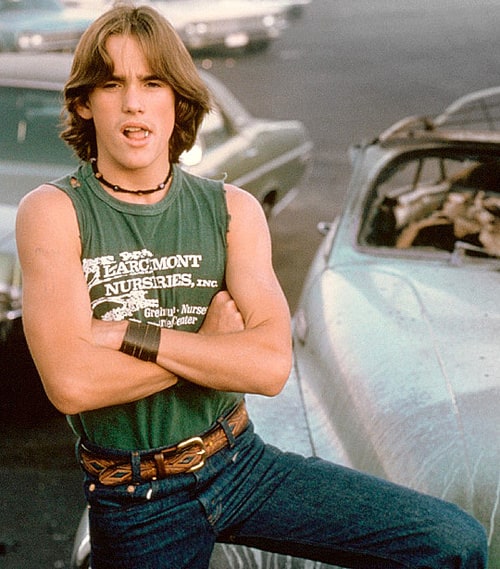 I Just Want My Pants Back

A hidden gem of a show, it's pretty good. Last year, (which isn't sooo long ago, lol) I was watching this, had to stop mid-episode cuz, ya know... life... but I binge watched the last 4 episodes last night and it's bittersweet... sooo...

I watched some of this before but; long ago, I got distracted and just forgot about it... then; a week ago, I found my way back to this show, no big deal, I know. Haha, anyways I've started over, I do remember where I left off tho, originally.. also, fvck! Collies are my 3rd DOGGO weakness, right next to Corgis & German Shepherds that'll be for another list ;)

Episode 1: The Great Escape
yeah.... about that... I only watched the first episode, bare with me..lol

BINGE-WATCHED ALL OF SEASON 4! Took me two & a half days.. (the 'half' being, I'd take a break and watch some YouTube videos, lol)

The Prince of Egypt

My favorite childhood movie... FUCK THO, I FORGOT HOW ANNOYING WILL SMITH WAS.. Hollywood wanted this man wayyyyyyy too much

Will Smith was annoying & not funny, Tommy Lee Jones was perfect as Kay! I watched this on Netflix and the face was stale whenever Smith opened his mouth/acted! I love this movie tho, the sequel too. Have not seen the third, never will I ever too!

I watched this when I was younger, of course my little brain didn't find this at all cringeworthy. Hell, The first movie I hadn't ever seen but it's sequel: To the Rescue, I watched back when Disney channel was at it's best (I could bash the new generation Disney Channel on some other day, lol) and I enjoyed that one as well.. but ehhhhh, its the innocent corny-cuteness we all need right now, ya know?

BUT! Even after 19 years, one song from this lil' movie, still holds up:

Floating; I STILL LOVE THIS SONG!

What a cringeworthy movie, that now is a guilty pleasure of mine. My obsession with Victoria Adams (before Beckham) has been unlocked, I adore her. POSH SPICE VIBES!

I love them all.

I've been waiting/wanting to see this since I helped donate a few dollars thru good ol' Kickstarter, Peter Vack (the director); you are welcome my dude!! Anyways, the verdict??

was boring but watched with my aunt...

I found out/read there's gonna be a Bad Dads movie, and I'm a little excited, hopefully they cast the 'moms' IRL husbands: Ashton Kutcher, Dax Shephard, etc. Now that would be awesome!

ENDED SEASON 2 & this was the worst season

Keaton, what is you doing??

only watched this shit for Kevin Durand... LOL.

Bruhhhh, I've always watched this show, but for some reason Peter Scanavino makes me feel some type of way...

I watched one, ONE episode and... eh... the humor is right fuckin' where it's supposed to be. But idk... once again, young Mickey Dolenz brought me here, lol

Ben Barnes timeeeeeeee, I adore him

sorry, but Thomas Jane is MY PUNISHER (not even Dolph Lundgren could never!!!!!), Jon Bernthal is weak, mostly because the story and dialogue is weak, but shit... JUSTICE FOR SHANE!, I've only seen 3 epis. (Once again, for my Ben Barnes fix..) but, I dunno...

Orange Is the New Black

late to the party...

are you fuckin' kiddin' me!? Trash. Fuck this movie and fuck everyone who helped bring this shit to life and FUCK the folks who watched/paid hard earned money to see it and/or bought this "movie" if you watch this you WILL lose brain cells. I only watched some of it because my aunt got it on bootleg. Lol, and yes, some of my brain cells will be missed... Fuck this movie, lol

Anyways, these next 3 films for my April Watch List, came from the android app/device, my aunt wanted to watch some "movies and shows" on CHROMECAST!!! (which is better! Way better!) but my father (her lil' bro, lol) had this shit... anyways...

This first film from Roku starring a young Oprah... young Robin Givens... young Jackéé Harris... and a bunch of other young black folks, is BORING. Oh my god... but aye, the calm {Oprah} before the storm {Oprah}, right??!

Stars Charlie Murphy; Eddie's equally funny brother. MAY HE REST IN PEACE! It's not my type of comedy, but my aunt lol-ed thru it all....

I love both Diana Ross & Brandy but this t.v. movie was cringy & boring... Brandy is an okay actress, I fondly remember her as THE BLACK CINDERELLA!! before Moesha and as a singer... and I fondly knew Diana Ross from THE WIZ!! before The Supremes... herself as an excellent singer.. and her children; specifically, Tracee...

I was on Jessica Lange's side the entire movie. I love Halle Berry but her character was shit. Bitch, YOU put that baby in a dumpster for crack. YOU choose drugs over your son. And now you get info that your son is alive and living his best life and you want back in?? Fuck off.... The film had the audacity to address color too. Its not about that. Its about love and whats best for the little boy. He doesnt care about skin color, that y'all. Ughhhhh even back then racism was shit... But anyways the ending was trash. Halle's character doesnt deserve a chance. Go back to your crack lol. Her character doesnt even know who the dad is.... Smh... But anyways from beginning to the courtroom scene the movie was good. But the ending is unrealistic. I would deny the druggie semi-custody with MY son. Color or no color. Fuck off lol.

interesting movie, I love Joey Kern, Adam Brody and Pablo Schreiber for many, many reasons. But it does drag unfunny scenes for the longest time... all I can say is, it's kinda like The Hangover and Pablo's character is Ken Jeong's Mr. Chow... lol

kill me. Shit, the actual movie is better.. fuck this.. HOWEVER, the actress that played Hannah aka Anastasia is fucking gorgeous. She deserves better than this shit!

Kidnapping and Ransom - Movies by Kandi

Favorite Images of Ants #2 by kathy

To Watch - Film Lists by PulpRoman