Best Picture of the year

6.6
Mother! (2017)
Notes: It was probably the most controversial movie released and, apparently, you really loved it or you really hated it with a passion. Well, I really loved it. As far as I was concerned, it felt like a fascinating and endless nightmare, the way everything seemed familiar and yet odd at the same time and the way the main character seemed to a be mere spectator with no control over the events happening in front of her. Their world kept shifting, unfolding and exploding with some continuous random small or big events which felt really reminiscent to a nightmare, at least, to me, and this process was quite spellbinding to behold. 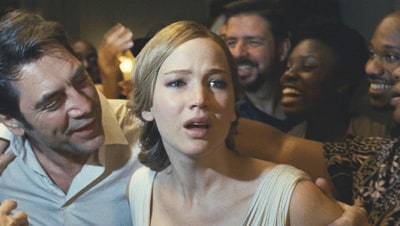 7.4
Spider-Man: Homecoming (2017)
For those who don't know, in a festival, the Grand Jury prize honors a great movie which just missed the biggest prize.

Notes: Even though Sony must be happy with the deal they have made, it still must be painful for them that none of the previous installment they made without the help of Marvel was so good and it is even more embarrassing that these guys managed to deliver the best Spider-Man movie directly with their very first attempt. Basically, even though like anyone else, I always thought that Spider-Man was one of the best characters in this genre, the previous movies always messed up some crucial elements. In this movie, it was however pretty much flawless. Indeed, at last, they cast an actor who wasn't reaching his 30's and the tone was just pitch-perfect. As you must know by now, this time around, they went for some high-school vibe which worked so well with this character. On top of that, even the way they added this movie into the more and more complex MCU worked very well and it didn't feel forced like in many of the recent installments. Another thing that was very well done was how they managed to keep a small scale which was so refreshing following the overblown mess that they gave us in their previous movies. 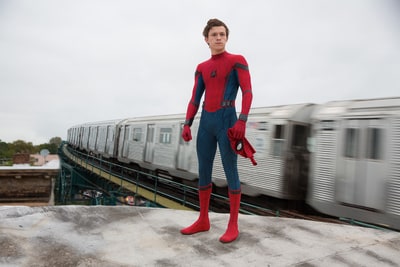 5.9
Rodney King
Notes: I know, it might seem surprising that I chose a rather obscure one-man show from Netflix but, I guess I didn't see so many great male performances this year. Anyway, Roger Guenveur Smith was really impressive in this and I couldn't come up with someone else deserving more this prize. 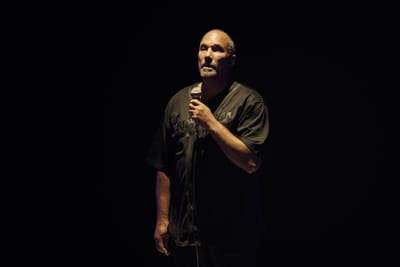 7.2
A Fantastic Woman (2017)
Notes: To be honest, I have to admit that I actually had a hard time to really get into this movie. I mean, it was a good movie but I never really felt blown away by the whole thing. However, there is no denying that this movie displayed a really amazing performance by Daniela Vega who completely deserved the praises she has received. 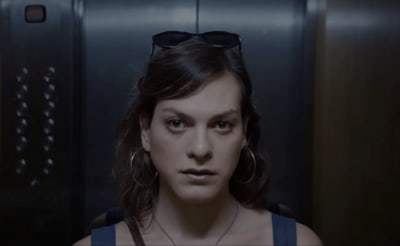 7.6
Loveless (2017)
Notes: I felt mostly anger while watching this movie. Indeed, Andrey Zvyagintsev gave us such selfish and most of the time rather despicable characters, they were possibly the worst parents I have ever seen and it was fairly easy to hate their guts. My theory is that, after decades under the communist dictatorship, the Russian people suddenly had to switch to the individualistic capitalism and, apparently, this change was so abrupt that they became even more decadent than we are. Basically, the generation of my parents fought to be free and, us, their children took this freedom for granted and became the 'Me' generation, always focusing and obsessing about our needs and what is supposedly important for us. Well, if you would believe Zvyagintsev, the middle-class Russians apparently took this to the next level. In fact, this was only half of the movie and it was quite interesting to behold but, the other half was some kind of thriller investigation involving the search of the missing boy. This part, however, didn't work so well though. Anyway, in spite of its flaws, it was still a solid drama. 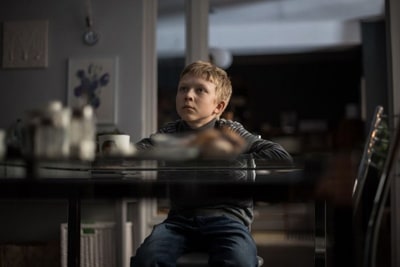 8.4
Coco (2017)
Notes: It was another great feature coming from Pixar and it shows that they should clearly focus more on some original material instead of constantly releasing some sequels or prequels. Anyway, as usual with these guys, the animation was just gorgeous but, above all, the story was just fascinating showing that Pixar is still so much ahead of their competition. Indeed, another company, like Disney for example, would have focused only on the Mexican culture in great details but would have also delivered a rather generic plot ('Moana' was a perfect example) but Pixar went way beyond that and the end-result was actually so deep. Of course, to dare talking like that about the dead in a family feature was already an impressive move but the struggle of the main character who was supposed to choose between his passion and his family was also just quite fascinating. 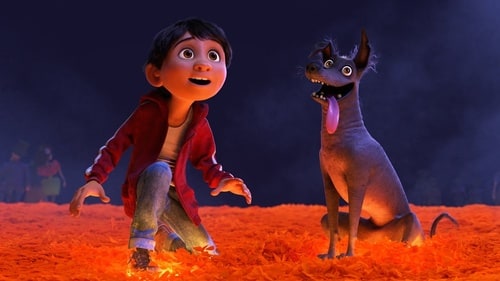 Most Fun Picture of the year

7.9
Thor: Ragnarok (2017)
Notes: It was really awesome that Marvel gave Taika Waititi so much freedom as he went really wild on the dialogues and on the tone which was just so wacky. As a result, not only this movie was easily by far the best movie in this trilogy, it turned out to be maybe the most fun Marvel production so far. 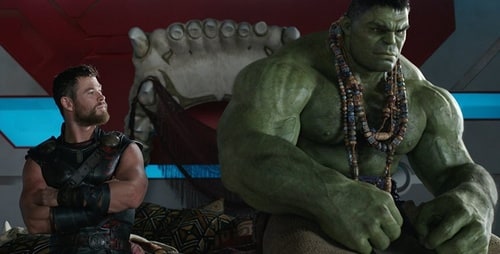 8
Blade Runner 2049 (2017)
Notes: To be honest, even though it was indeed really good, I don't think it was really so great after all. I have a strong feeling that many critics and viewers have overpraised this movie because everybody pretty much dismissed its predecessor when it was released when it was in fact a masterpiece so, this time around, they didn't want to feel like some idiots. Anyway, coming back to our main feature, sure, it was visually really neat and it was quite amazing to come back to this fascinating futuristic world but it was not as groundbreaking as I expected. Same thing about the story, I mean, it was pretty neat to see a sequel coming so long after the previous installment with a really decent story but, once again, the story in 'Blade Runner' worked better for me and I didn't help that the damned thing was just so long. On the positive side, I really loved how they developed Ryan Gosling's character who was really complex and constantly interesting and entertaining. 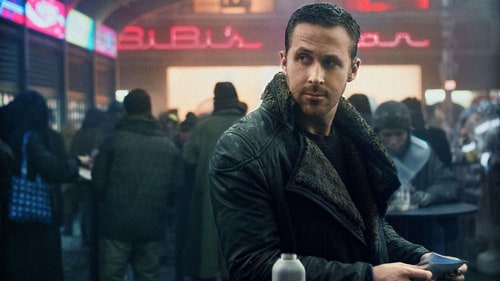 6.4
Alien: Covenant (2017)
Notes: Even though I wasn't really expecting a masterpiece, at least, I hoped this movie would be an improvement on 'Prometheus'. Unfortunately, I turned out to be even more underwhelming and I would go as far as saying that it is the weakest installment in this franchise (of course, without counting the 'Alien vs Predator' crap). Indeed, if one of the biggest issues with 'Prometheus' was probably the fact that it was too ambitious, this time, it was the other way around as Ridley Scott didn't even really try. Seriously, the guy came up with the most generic plot you could think of and pretty much all the new ideas introduced in the previous movie were basically thrown out of the window and the only thing that remained was the fact that David was apparently a really psychotic and megalomaniac robot. 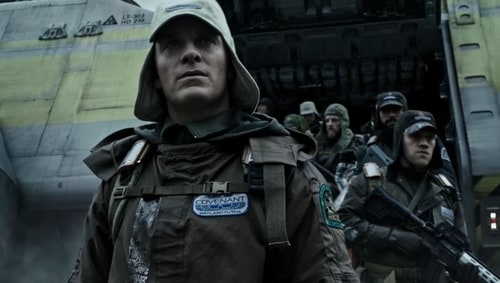 Worst Picture of the Year

6.3
The Boss Baby (2017)
Notes: Seriously, is it me or the concepts delivered by Dreamworks Animation are becoming only more and more pathetic? I mean, there was something pretty neat about this idea of a young boy trying to deal with with the arrival of his new baby brother (After all, Pixar already displayed with 'Inside Out' that you can make a great movie about a kid going through some huge life changing event) but, eventually, everything else was just so lame. I mean, seriously, a baby wearing a suit and talking like Alec Baldwin, trying to stop some complot from a puppy company? That was their brilliant idea? The damned thing was just so lame and boring.

Other movies I have seen (from best to worst) 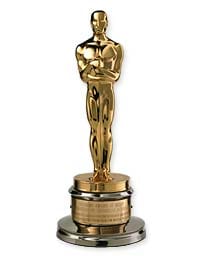 This list is NOT a prediction of the following award season.

It is my review of the 2017 movies I have seen and, for fun, I give some awards to the best (and worst movies) of the year.

If you are intested to see last year's results, check this list :
2016 movies - Personal review and Awards -

The Age of Ariana Grande by Rodimus

The Age of Pixie Lott by Rodimus

The Age of Edita Vilkeviciute by Rodimus

TV Shows That Premiered in 2017 by Emmabell